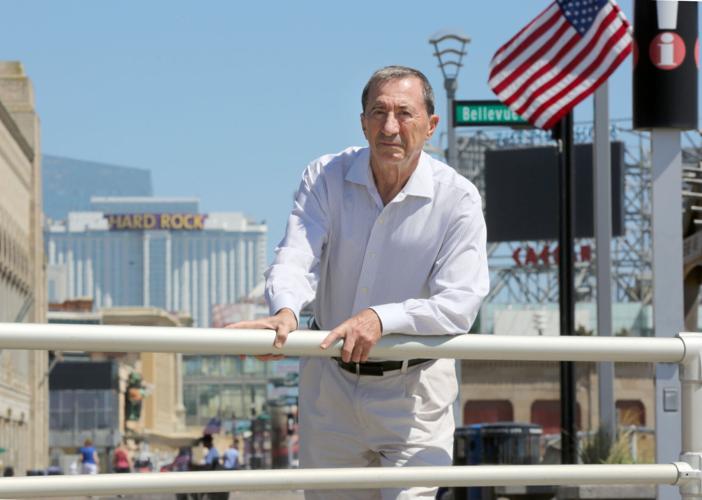 Seth Grossman, 73, president and founder of Liberty and Prosperity, says Atlantic City’s casinos should have to pay property taxes like any other resident or business. 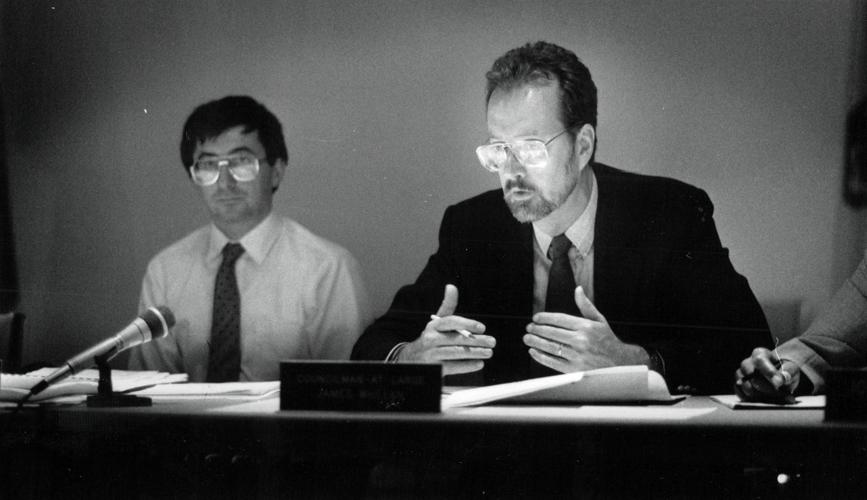 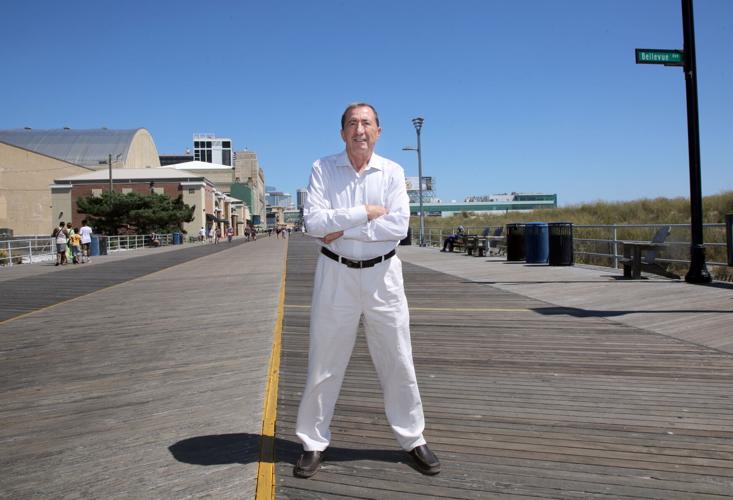 Seth Grossman, founder and president of Liberty and Prosperity, lives in Atlantic City and is a former City Council member.

ATLANTIC CITY — While it may seem that a small nonprofit came out of nowhere to successfully challenge the casino industry and New Jersey government over how much money casinos pay instead of property taxes, the truth is a little different.

Liberty and Prosperity is no fly-by-night organization; it will celebrate its 20th anniversary next year. It also isn’t new to fighting for taxpayer and citizen rights, having done that for years, said founder and President Seth Grossman.

Grossman, 73, is a lawyer who lives in Atlantic City. A former city councilman and former Republican candidate for state Senate and U.S. Congress, he’s accustomed to rallying against what he believes are abuses of the Constitution by those in power, including government.

Last week, Atlantic County Assignment Judge Michael Blee ruled in favor of Liberty and Prosperity in its lawsuit against the state, deciding that 2021 amendments to the casino payment-in-lieu-of-taxes law were unconstitutional. The amendments cut the amount casinos had to pay to replace property taxes by $55 million a year.

Gov. Phil Murphy has said he will appeal the decision.

“The heart of the case is casinos are the most powerful industry in New Jersey and they should have to pay real estate taxes like others,” Grossman said. “Liberty doesn’t mean you can do anything you want, we all have to follow the same rules all the time. Government is the referee.”

This article was produced with ProPublica as part of its Local Reporting Network initiative.…

Outsiders sometimes call it a libertarian group or a tea party group, Grossman said. But he said neither is accurate.

Members consider themselves Americans who love liberty and take a practical, common-sense approach to government while holding fast to traditional values.

The group started in 2003 with about 25 people meeting out of frustration with both Democrats and Republicans, Grossman said.

“We were a group of Kennedy Democrats fearful of the radical left and disgusted with the complacency of Republicans. We had no home,” Grossman said. “So we formed Liberty and Prosperity.”

“They got elected to get rid of tax-and-spend Democrats, and the Republicans got in and spent even more,” Grossman said.

The group has stayed small, he said, because many original members have moved to other states, and because the group’s philosophy doesn’t play well with people who like to take political sides.

“It never grew the way we thought it would. That makes sense,” Grossman said. “In a football game, half of the people are rooting for one side, and half for the other. We’re the fans that are rooting for the referee. That’s not going to be very popular.”

Grossman said the group is made up mostly of older baby boomers, and a few younger people, who come to its Saturday morning discussion meetings from 9:30 to 10:30 a.m. at Sal’s Coal Fired Pizza and Breakfast Café in Somers Point, or to other events.

“We are saying, ‘Think of all the stuff government has gotten into since LBJ (President Lyndon B. Johnson) and the Great Society,’” Grossman said. “Until 1966, we had no state sales tax or income tax. One parent could support the whole family. The more government comes in to help people, the more help people seem to need.”

That happened in part, he said, because government has gotten so big and keeps spending more money.

“The mayor is bragging the key to his success is the personal relationship he has with the governor,” Grossman said of Atlantic City Mayor Marty Small Sr., who supported the PILOT amendments and whose city has received millions of extra dollars from the state since then for Boardwalk, public works and public safety projects.

“It’s ‘I do you a favor, you do me a favor,’” Grossman said. “Success or failure should be on your own merits, and following the rules, not about whether or not I have a good friend in the government.”

Grossman won the 2nd Congressional District Republican primary in 2018 and was defeated by a smaller margin than expected by then-Democrat Jeff Van Drew. Van Drew later changed parties to Republican after voting against impeaching President Donald Trump in the House of Representatives.

During the campaign, Grossman was heavily criticized after a video surfaced of him saying in a primary debate that diversity in the Republican Party was “a bunch of crap and un-American.”

He said at the time that he was expressing the opinion that race or gender should not be a consideration when applying for a job or for college, and that applicants instead should be judged based on “character, merit and work.”

Grossman and his organization didn’t like the original 2016 PILOT law either, and sued alleging it was unconstitutional.

Atlantic County had also sued over constitutional issues, but after the county settled its lawsuit in 2018 for a set amount of PILOT revenues, Grossman ended Liberty and Prosperity’s legal efforts.

He renewed the lawsuit after the amendments removed internet gaming and online sports gaming revenues from the definition of gross gaming revenues, and were passed without much debate right before Christmas last year and signed quickly by Murphy.

The original PILOT stabilized city finances at a time bankruptcy was possible, by ending a continual stream of casino property tax appeals.

“We are forcing casinos to follow the Constitution in the case; that promotes our core values,” Grossman said.

Murphy and several lawmakers have argued the casinos needed the tax breaks to recover from the effects of the COVID-19 pandemic.

While the group won the first round in court, Grossman said he is preparing for a long, hard fight in court through the appeal process.

“We won the case but didn’t get a single dollar from casinos into the hands of taxpayers,” Grossman said. “The casinos and their friends in Trenton are going to do all they can to stop us. We have to dig in and prepare for a protracted battle.”

Liberty and Prosperity Mission and Aims

"Our mission is to learn, teach, and apply these 'self-evident' truths which guided America since 1776: We are all created equal. We are endowed by our Creator with certain unalienable rights. Among these are life, liberty, and the pursuit of happiness. To secure these rights, governments are instituted, exercising their just powers from the consent of the governed..."

#2. Make talent, work, and achievement, not politics, the keys to success in American again.

#4. Teach critical, independent thinking skills, and the importance of America’s Constitution and culture of individual liberty and limited government in public schools and colleges again.

#5. “Preserve, protect, and defend” our Constitution.

WHERE: In the park next to the Somers Point branch of the Atlantic County Library, 801 Shore Road, Somers Point

The ceremony will include a retelling of the military exploits of Somers, who was born in 1778 in Somers Point and died Sept. 4, 1804, in Tripoli, North Africa, fighting the war against the Barbary Pirates.

"In a football game, half of the people are rooting for one side, and half for the other. We're the fans that are rooting for the referee. That's not going to be very popular."

SOMERS POINT — An array of musical guests will set the tone for the annual Good Old Days Festival on Saturday at Kennedy Park.

Atlantic City residents to get chance for utility job training

This translation was provided by Latino Spirit Media in association with the Center for Cooperative Media at Montclair State University and is supported with funding from the NJ Civic Information Consortium. The story was originally written in English by The Press of Atlantic City and is being republished under a special content sharing agreement through the NJ News Commons Spanish Translation News Service.

In standard miniseries fashion, the long-running Atlantic City PILOT saga is heading for its much foreshadowed and overdue conclusion. We hope…

In standard miniseries fashion, the long-running Atlantic City PILOT saga is heading for its much foreshadowed and overdue conclusion. We hope…

The state has filed a motion for a stay of a judge’s Aug. 29 decision that struck down amendments to the casino payment-in-lieu-of-taxes legis…

A look back at the history of the casino PILOT lawsuit

Trees and power lines knocked down by Ian

Seth Grossman, 73, president and founder of Liberty and Prosperity, says Atlantic City’s casinos should have to pay property taxes like any other resident or business.

Seth Grossman, founder and president of Liberty and Prosperity, lives in Atlantic City and is a former City Council member.