Renderings show a vision for Bader Field’s future: a 2.44-mile auto course on which car lovers can drive their high-end automobiles; about 2,000 units of housing in various price ranges; a retail promenade, and other auto-themed attractions.

ATLANTIC CITY — About 20 of Bader Field’s 142 acres remain under Green Acres restrictions, city and state officials said Wednesday, and would need special state approval to be developed as the city and a potential developer envision.

“To date, the Green Acres Program has not received any applications to either divert or change the use of the encumbered portion of Bader Field,” Department of Environmental Protection spokesperson Caryn Shinske said Wednesday in response to questions.

Shinske said a 20.32-acre portion of Bader Field is under Green Acres, due to recreational facilities that were onsite in the 1970s.

The Green Acres section is along Albany Avenue where Sandcastle Stadium and the Atlantic City Skate Zone are now located, according to the DEP. When covered under Green Acres, rules require the land to be primarily used for recreation. 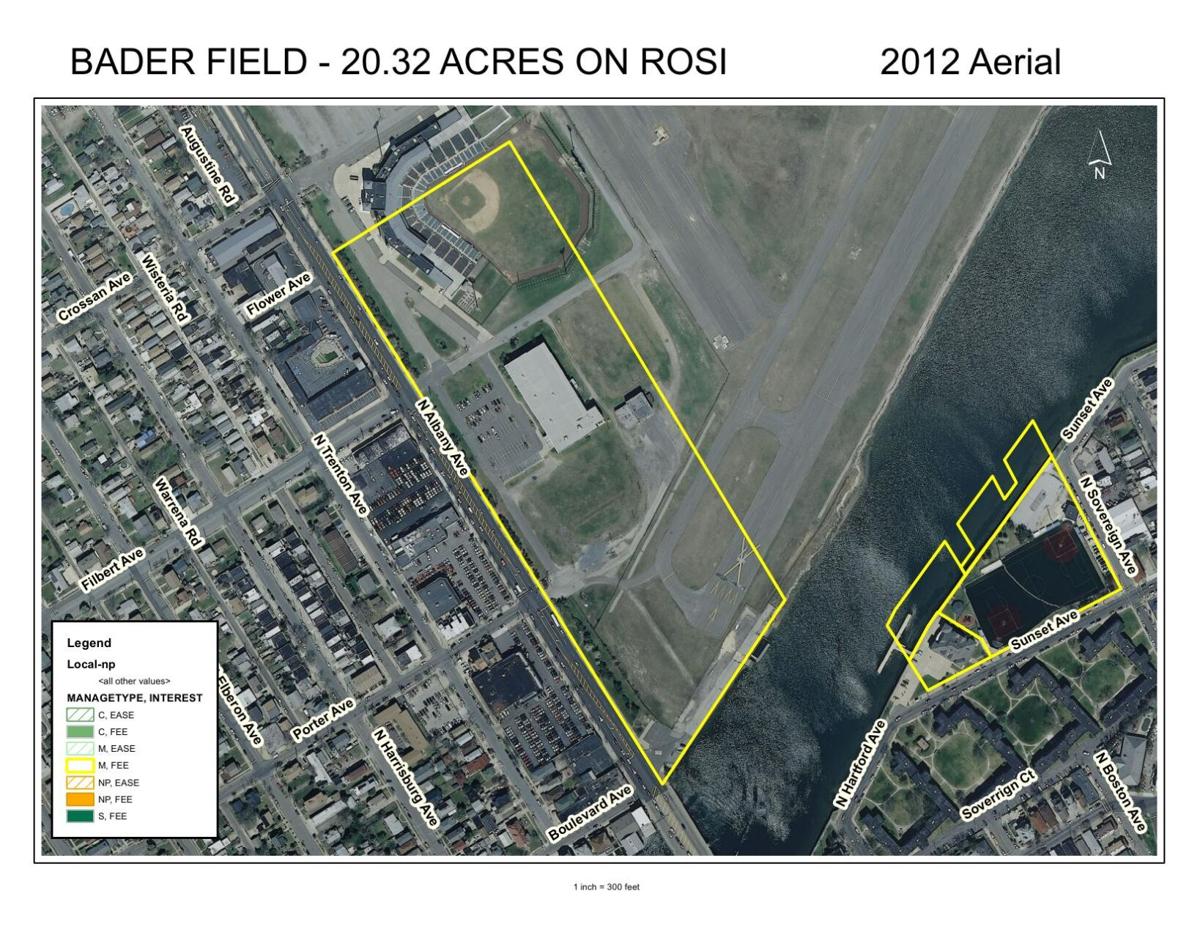 DEEM Enterprises is proposing to build a $2.7 billion auto-centric development at Bader Field, on about 141 acres, and Mayor Marty Small Sr. is a big proponent of the plan. Illustrations of the proposal showed retail space along Albany Avenue.

“We are aware of it, and it’s been addressed in the designs,” said DEEM partner Dan Gallagher, a local attorney.

He said DEEM will apply to the DEP for permission to divert recreational use elsewhere on the property.

“We can’t do that until we have something more firm with the property,” he said of ongoing negotiations with the city to take control of Bader Field. “We are going back and forth on that (the price).”

There is a boardwalk area included in the DEEM plans in part to satisfy Green Acres rules, Small said Tuesday at a news conference about similar Green Acres and Federal Land and Water Conservation Fund restrictions at Gardner’s Basin. 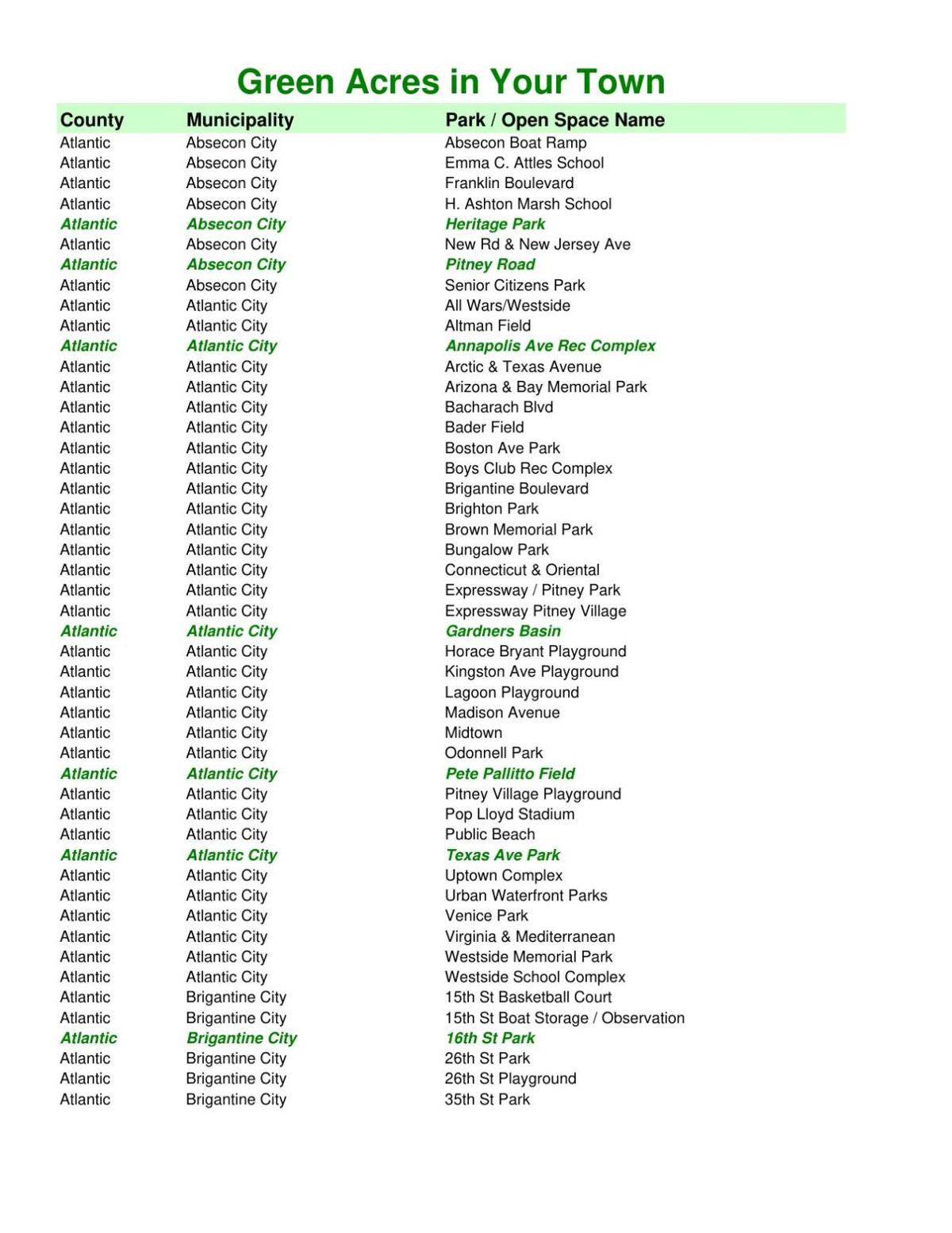 In a 2009 request for proposals, the city said it would resolve all Green Acres issues before handing the property over to a developer. But now it seems the developer will be responsible for resolving them.

Small had not talked about Green Acres restrictions at Bader Field before Tuesday’s news conference, which was called to explain “for (the) final time” why a Black-owned food truck business called Fish Heads was evicted from Gardner’s Basin.

Small said Green Acres and federal Land and Water Conservation Fund rules did not allow for permanent food trucks on site, and the Gardner’s Basin area must primarily be used for recreation and conservation under state and federal rules.

DEEM’s proposed project, called Renaissance at Bader Field, would include hundreds of condominiums along the intracoastal waterway.

It also would include a high-rise hotel/event space, retail space along Albany Avenue, educational facilities to teach people to become mechanics and a Formula One track winding through the middle where those who own high-performance vehicles can drive them at race speed, according to DEEM.

What would Bader Field look like if Renaissance motor sports park is built?

Overview of the project

Pedestrian area in the development

NewsVu: What would Bader Field look like if Renaissance motor sports park is built?

How much more are businesses at Gardner's Basin paying in rent?

ATLANTIC CITY — As part of its attempt to follow state and federal park rules at Gardner's Basin, the city put out to bid rental contracts for…

Atlantic City mayor bullish on auto-centric development for Bader, but no deal yet

ATLANTIC CITY — The city is pursuing a deal to bring a $2.7 billion auto-centric development to Bader Field, its largest undeveloped tract of …

Schumer's plea to GOP: Be in 'shoes of these parents'

Schumer's plea to GOP: Be in 'shoes of these parents'

Renderings show a vision for Bader Field’s future: a 2.44-mile auto course on which car lovers can drive their high-end automobiles; about 2,000 units of housing in various price ranges; a retail promenade, and other auto-themed attractions.