‘We’ve been here before. We’ve done this before. This has failed before,’ U.S. Rep. Jeff Van Drew, R-2nd, shown last week, said Wednesday on the House floor about the bid to impeach President Donald Trump a second time. 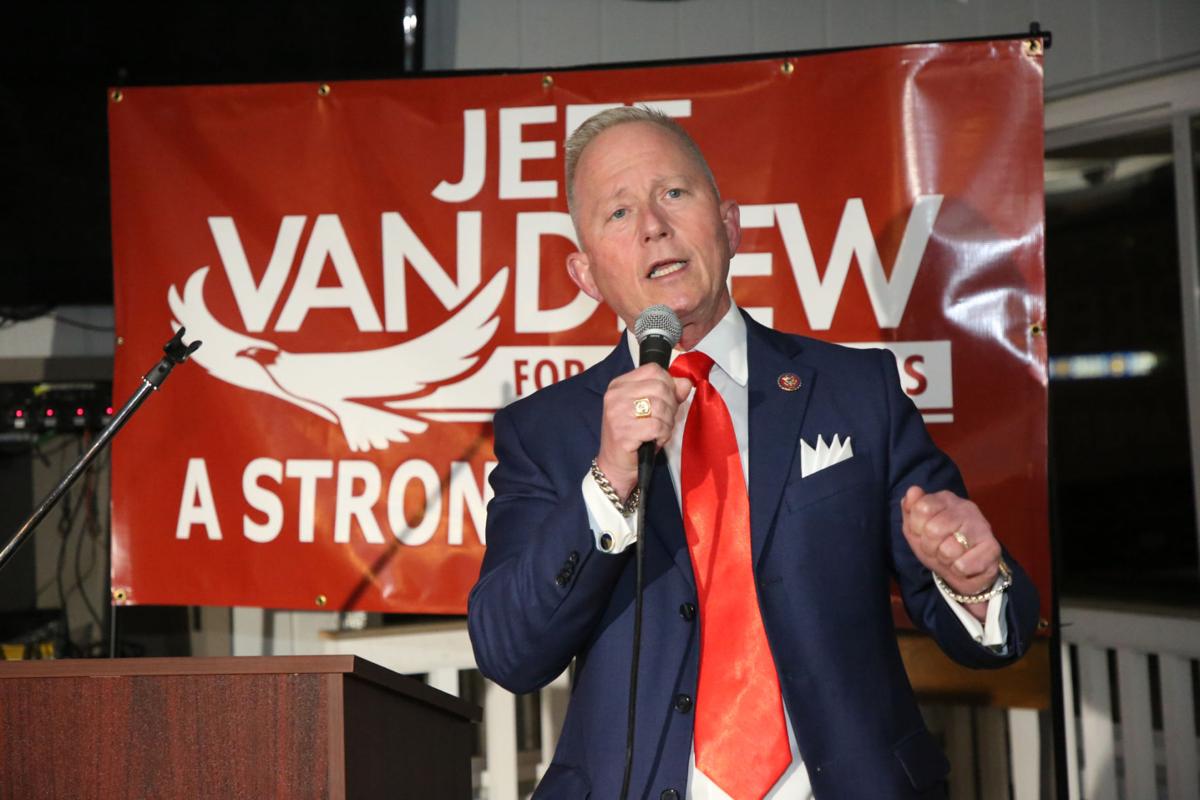 The pro-Trump protesters who overtook police to mob the Capitol on Wednesday didn’t change his mind, said Van Drew, R-2nd.

“It’s two different things. I know some people might not agree with me on the certification process,” he said in an Associated Press interview Wednesday. “It’s not so much that I want to overturn the election. It is the fact that some really, really — if everybody would clear there head and look at this — that some really wrong things did happen.”

The president challenged election results in a handful of states in dozens of court cases, none of which uncovered the kind of fraud Trump wrongly says affected the election.

Van Drew said he has met constituents who tell him they believe in the unproven fraud.

New Jersey’s two Democratic senators, Cory Booker and Bob Menendez, both supported certification, along with the 11 other representatives.

The only other Republican representing New Jersey in Congress, Chris Smith, voted to certify Biden’s victory in the November election.

The violence at the Capitol has led to calls for Trump to be removed under the 25th Amendment as well as for him to be impeached a second time after he called on his supporters to fight not long before his supporters stormed the Capitol.

New Jersey is sending 500 National Guard troops to Washington to help “protect our democracy and facilitate the peaceful transition of power,” Democratic Gov. Phil Murphy said Thursday in a statement.

Van Drew a year ago welcomed Trump to Wildwood for a rally, a reward for Van Drew leaving the Democratic Party for the GOP over the president’s impeachment.

Van Drew won his first term in Congress in 2018 as a Democrat, but he left the party in December 2019, saying he felt pressured to support impeaching Trump, even though he didn’t. He had been a longtime state lawmaker and had a reputation as a conservative Democrat while serving in the Assembly and state Senate.

A 65-year-old Burlington County man was sentenced Wednesday to five years in prison for fatally shooting a neighbor’s dog, a 9-year-old Pomera…

MAYS LANDING — Joshua Smith is getting plenty of mileage out of his inflatable Baby Trump costume.

WILDWOOD — A city man was arrested after police found a 49-year-old unconscious man who later died, the department said Monday.

WASHINGTON — As soon as this week, the Senate Foreign Relations Committee will pass back into Democratic control and the hands of its former c…

How are South Jersey teachers talking to students about the riot at the U.S. Capitol?

Florida doctor, friend of Menendez, gets clemency from Trump

Elected officials from across the state have given statements following Wednesday's insurrection at Capitol Hill.

U.S. Rep. Jeff Van Drew, R-2nd, was ready to return to Congress Wednesday night, after it was forced to stop proceedings when protesters took …

During his COVID-19 briefing on Monday, Gov. Phil Murphy strayed from pandemic response talk to take aim at Rep. Jeff Van Drew, R-2nd, who has…

Van Drew says he will object to Electoral College results

U.S. Rep. Jeff Van Drew, R-2nd, will raise objections to accepting the Electoral College's vote counts from states that did not follow their o…

‘We’ve been here before. We’ve done this before. This has failed before,’ U.S. Rep. Jeff Van Drew, R-2nd, shown last week, said Wednesday on the House floor about the bid to impeach President Donald Trump a second time.