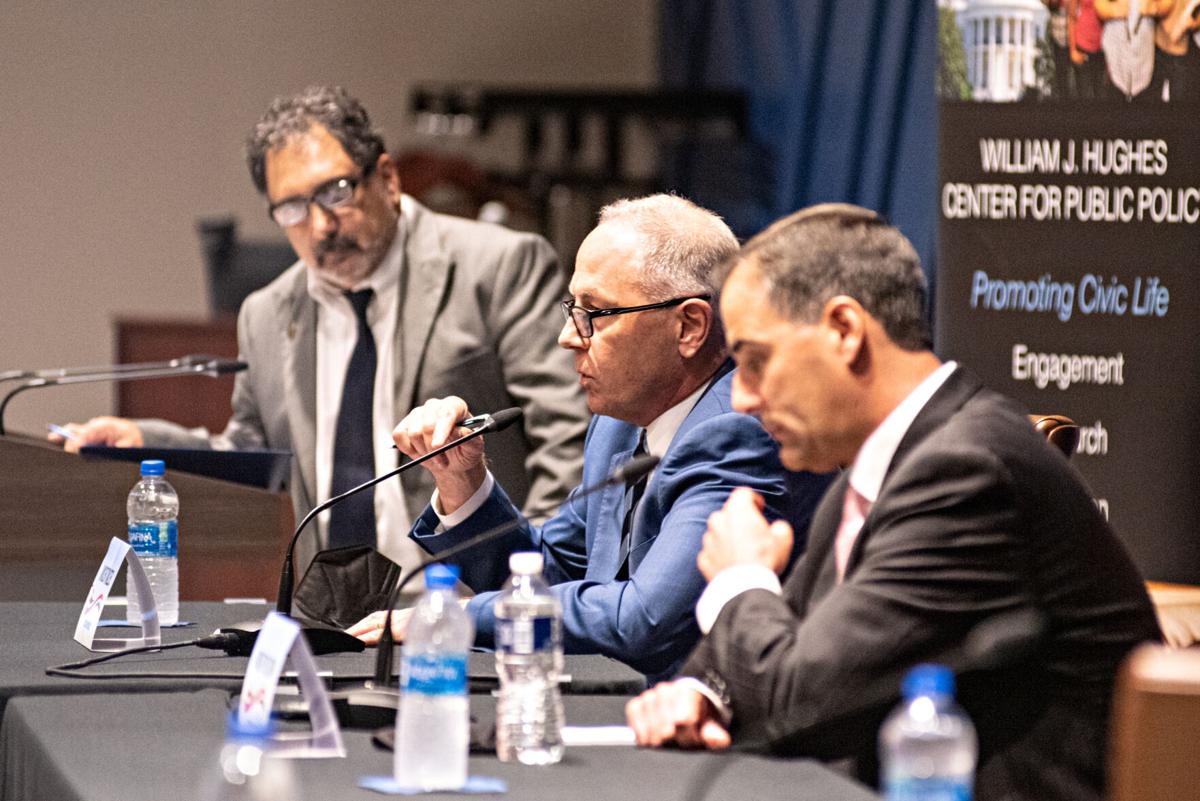 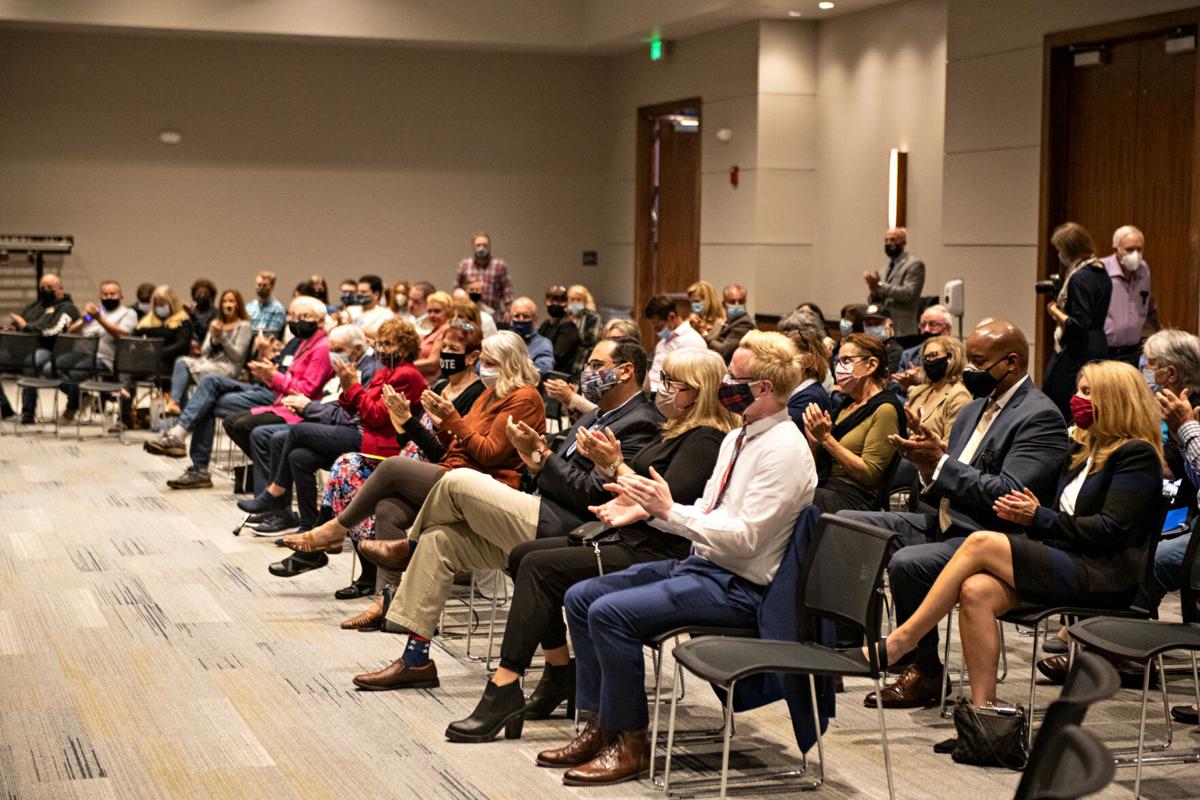 The fireworks came as the two discussed state spending and potential changes to the casino payment-in-lieu-of-taxes legislation.

“We have got to stop being so irresponsible with the state budget,” Polistina said in answering a question about getting property taxes under control and making New Jersey more affordable. “It’s going up 15% this year, we borrowed $4 billion we didn’t need.”

Mazzeo countered that this year’s budget restores funding for tax relief programs like Senior Freeze and the Homestead Rebate, and improved the school funding formula to give tax relief in a fairer way.

Polistina suggested the state should live with the 2% cap on spending increases it imposes on counties and municipalities.

“That’s absolutely inaccurate, I voted for it on my kid’s birthday,” Polistina countered.

“We’ll have to check on that,” Mazzeo said.

Mazzeo was asked whether he thought it was a good idea to remove sports betting and online gaming revenues from the total revenues on which the casino PILOT payments are based. Mazzeo was the sponsor of the original PILOT bill, and a bill to exempt the fast-growing online and sports revenues was introduced this year by his running mate Assemblyman John Armato, D-Atlantic.

“The PILOT has been a savior in Atlantic City. It stopped casino tax appeals. We have five more years, what do you do when it’s over?” Mazzeo said, without answering the question asked.

How tidal flooding is impacting students, caretakers and education in Atlantic City

“But you have twice now tried to take county taxpayer money and give it to the casino owners,” Polistina said. “This latest one to eliminate online gaming revenue and sports gaming revenue from calculations for PILOT is irresponsible. There is no reason for giving more money to casino operators when (the city and county) have so many needs.”

There was agreement on the need for dredging back bay and inlet areas, banning smoking in casinos, and taking steps to address climate change and diversify the economy in the four-person debate for two Assembly seats between Democrats Armato and Atlantic County Commissioner Caren Fitzpatrick; and Republican former Atlantic City Mayor Don Guardian and Margate attorney Claire Swift.

But the Assembly debate also saw clear differences between the parties on changing the PILOT law and abortion. Much like in the Senate debate, the Democrats were pro-choice and supported the Reproductive Freedom Act, a bill that has been introduced in the Legislature to codify abortion rights in state law. The Republicans said the proposed state law would go too far and allow abortion after a fetus is viable at about 22 weeks.

Armato, who had introduced the bill to change the way the casino PILOT payments are calculated, said that bill is evolving, but did not specify how.

“The bill was designed to open up a conversation between the city, casinos and Atlantic County,” Armato said. “It did exactly what it was supposed to do.”

Guardian said casinos have been able to add a lot of revenue to what they make thanks to sports betting and online gaming.

“Atlantic City and Atlantic County should be benefiting from lower taxes because the casinos are making more money,” Guardian said, adding the sports betting and online revenues should remain included in the revenues that determine the PILOT.

The debate was sponsored by the Hughes Center and The Press.

With election season in full swing, campaign commercials flooding the airwaves, and candidate events and debates taking place all over the sta…

The Greater Egg Harbor Regional High School District and Stockton University have signed an agreement that will give students at Absegami, Oak…

How tidal flooding is impacting students, caretakers and education in Atlantic City

ATLANTIC CITY — Paula Rudolph Stryker drives her grandson to the Brighton Avenue School almost every day. While the drive involves the usual b…