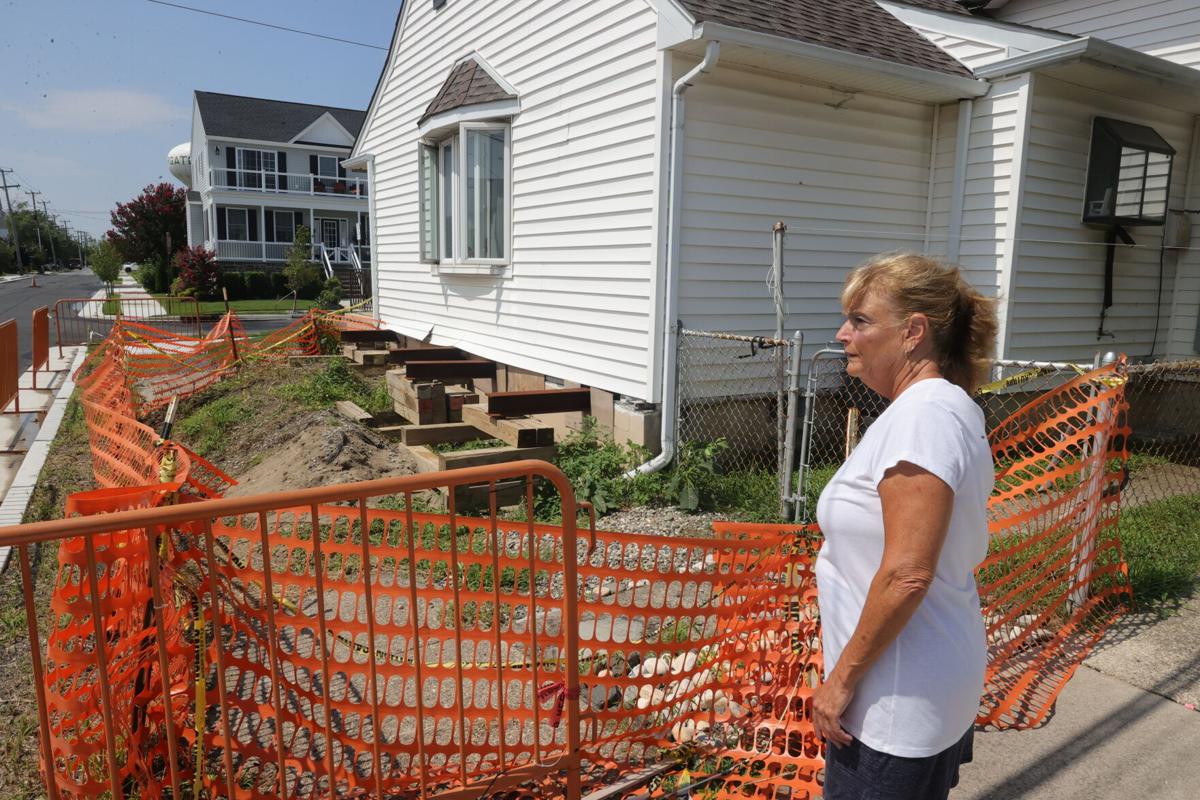 "Our house has dropped even more. The roof has twisted. Our floors are lifting in the house, and we have even more cracks. The cabinets are coming off the wall," Donna Tasca, 71, said of her home on North Clermont Avenue in Margate. 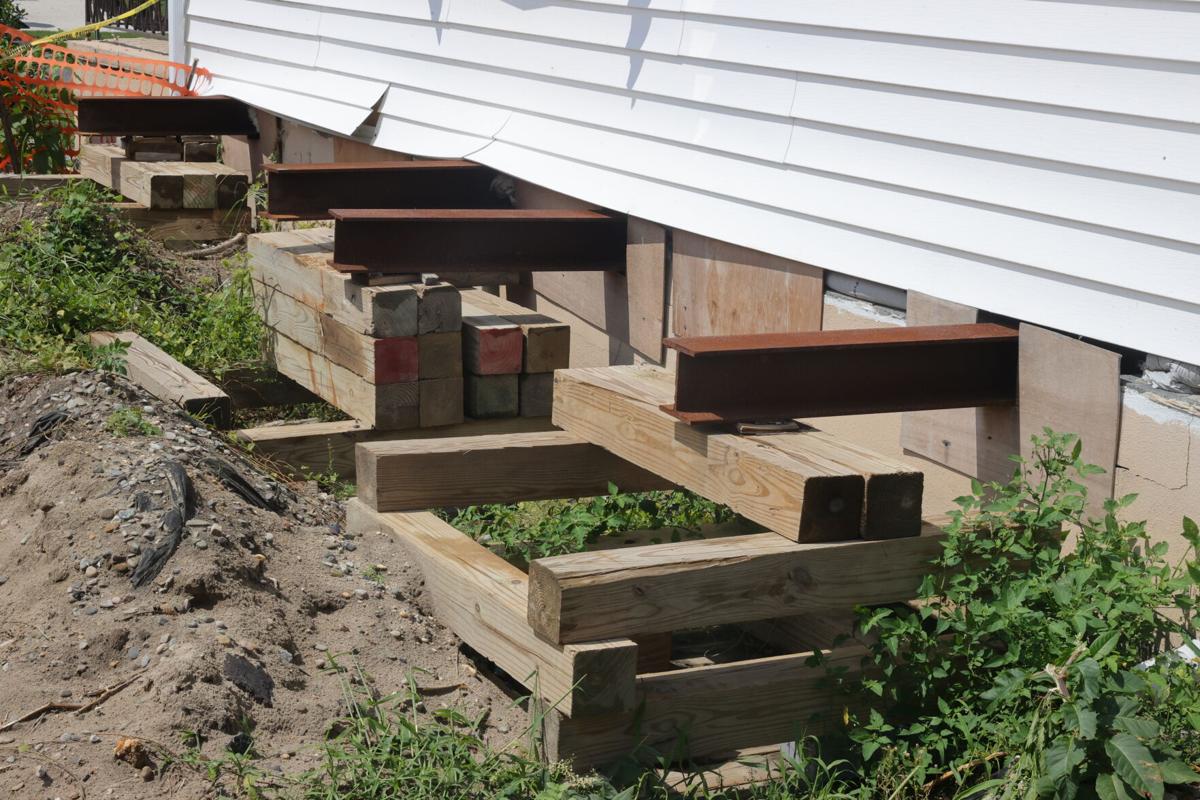 Four steel rods were inserted into the Tascas’ home to stabilize it after nearby roadwork damaged the property. 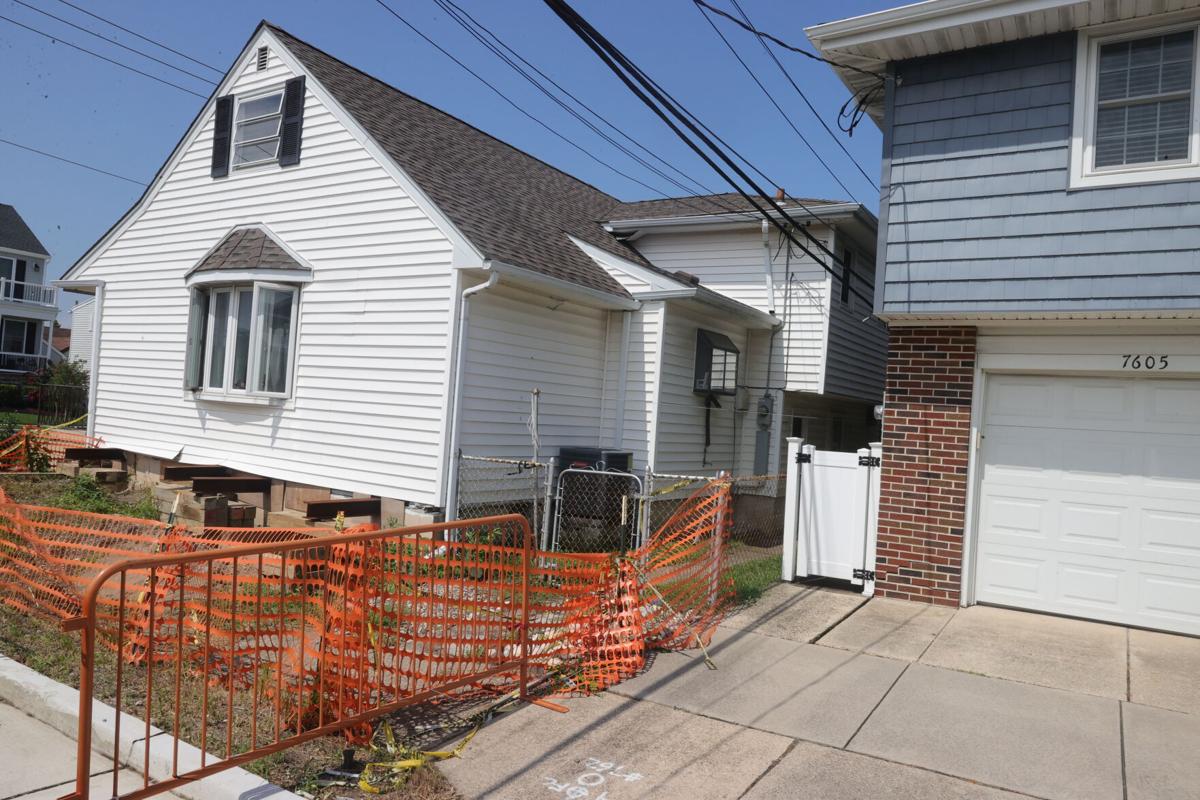 Warren and Donna Tasca have obtained an estimate for construction of a new home on their North Clermont Avenue property, at an estimated cost of $582,800 for all the work, including demolition.

MARGATE — Warren and Donna Tasca wish the city never tried to replace the water and sewer main near their North Clermont Avenue home.

The infrastructure project caused a fracture of the right side of the foundation system of their home. Now, their house is in serious structural distress. They are supposed to evacuate their residence immediately in the event of high winds, a tornado or a hurricane warning.

“Our house has dropped even more. The roof has twisted. Our floors are lifting in the house, and we have even more cracks. The cabinets are coming off the wall,” Donna Tasca said recently.

The city installed four 18-foot steel rods into their home in May to stabilize it, the Tascas said.

The Tascas’ wasn’t the only home damaged during the infrastructure work.

“The driveway has continued to sink,” Kevin McHugh said as he pointed to a place in the street where a sinkhole used to be that was paved over. “They sucked 10 cubic yards of soil out from under our houses, which caused all this damage. They never put it back. To fix this, you have to come in and do something extraordinary because otherwise, it will just sink again.”

Remington & Vernick Engineers, the firm of city Engineer Edward Dennis Jr., prepared the plans and specifications for the reconstruction of Amherst from Clarendon to Douglass avenues.

Dennis restated in an email to The Press on Aug. 22 what he said in an April email to The Press, “The construction contract specifies that the contractor is responsible for damage to property resulting from the performance of the work.”

The homeowners and their attorneys are negotiating with the insurance company, Travelers, for the contractor, Mathis Construction Co. Inc., of Little Egg Harbor Township, city Solicitor Scott Abbott said Aug. 25. This may end up in litigation, and at some point, the city may become a part of it, Abbott said.

Atlantic County's property value is stable, with a $32.6 billion ratable base and no major c…

Multiple attempts to reach Mathis Construction for comment were unsuccessful.

“We are sympathetic. They (the homeowners) are the victims,” Abbott said, mentioning one of the houses received substantial damage. “We want it to be resolved.”

Construction started in November, and as the reconstruction project reached Amherst and North Clermont avenues at the beginning of February, work was temporarily suspended because of property damage reported by residents.

The homeowners believe the damage to their properties was caused by improper and defective dewatering equipment and techniques that not only removed water but removed soil underneath their foundations.

Mathis resumed work in the spring and finished all work by the beginning of summer. The only thing left to do is final paving in September, Dennis said in his letter.

The contractor has not provided a schedule for final paving, Dennis said in the Aug. 22 email.

“The homeowners have been compelled to retain their experts to access the damages to their homes,” Friedman said. “The homeowners don’t feel they are getting a fair shake. They have been expending money for legal fees. They hired structural engineers to inspect their properties.”

And Democrat Celeste Fernandez, who didn’t gain enough votes in the recount to emerge the wi…

“We’re lining up for battle. We’ve been left with no choice,” Friedman said. “There is anxiety living in a home where the structural damage is unknown. ... It’s adding to their aggravation, adding to their plight.”

No formal complaint has been filed yet, Friedman said.

The Tascas and the McHughs are at a standstill with the contractor and its insurance company, Waldman said.

In the case of the Tascas’ house, the family has obtained an estimate from Bayshore Builders for construction of a new home on their property, at an estimated cost of $582,800 for all the work, including demolition, Waldman said. The remedial repairs to the McHughs’ residence are estimated at $93,650, he said.

On top of the aggravation of having their homes damaged, the water and sewer mains at Amherst and North Clermont avenues were not removed, the homeowners said.

Between the city and the contractor, it should have been figured out ahead of time how to do this work correctly without damage, Kevin McHugh said.

“We got screwed,” McHugh said. “Now, we are left to our own devices to figure out how to get our houses fixed.”

"Our house has dropped even more. The roof has twisted. Our floors are lifting in the house, and we have even more cracks. The cabinets are coming off the wall," Donna Tasca, 71, said of her home on North Clermont Avenue in Margate.

Four steel rods were inserted into the Tascas’ home to stabilize it after nearby roadwork damaged the property.

Warren and Donna Tasca have obtained an estimate for construction of a new home on their North Clermont Avenue property, at an estimated cost of $582,800 for all the work, including demolition.