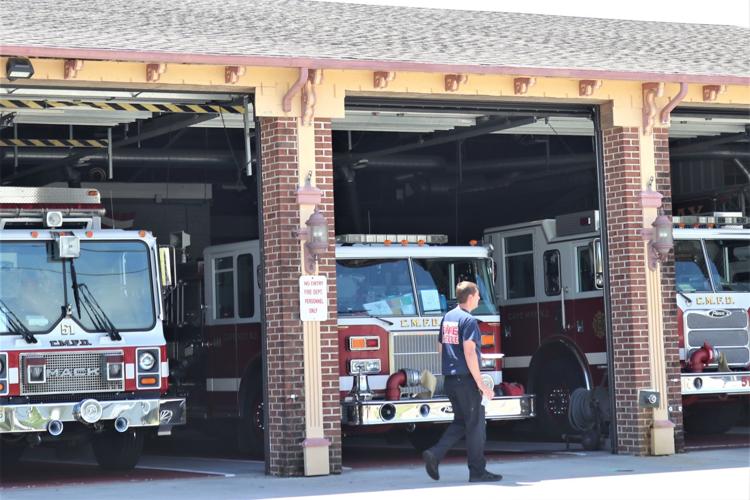 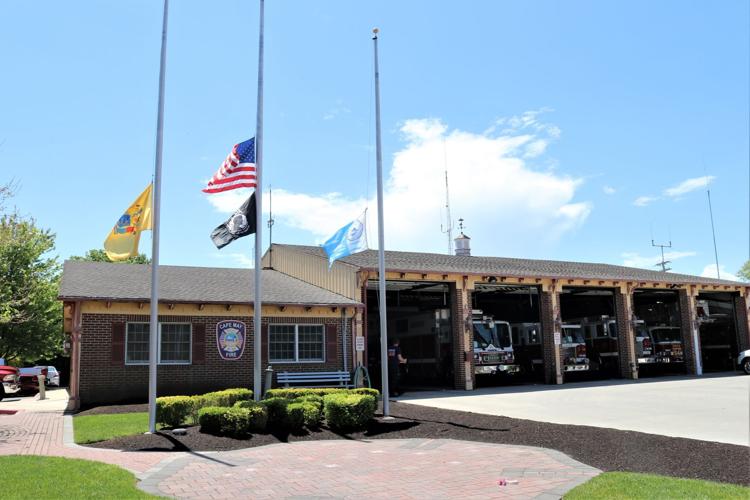 A public hearing is planned April 20 on Cape May's $20.79 million budget that does not include an increase in the tax rate compared to last year, nor does it include money for a new planned firehouse. The city plans to fund the new construction with a bond. 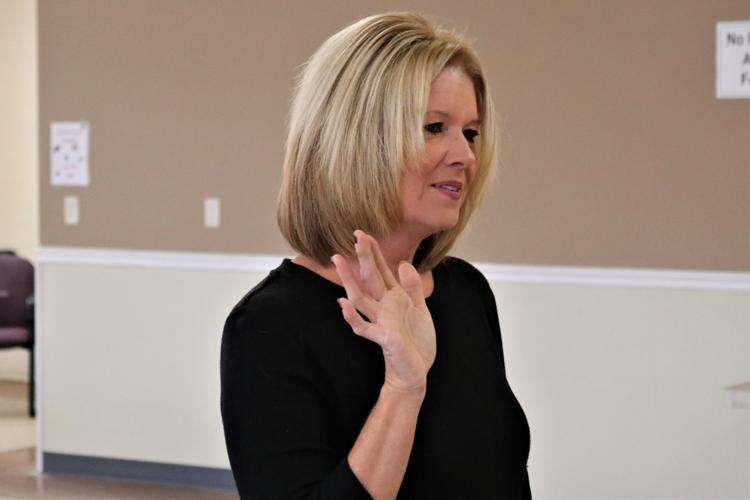 CAPE MAY — Cape May County voters stuck with Republican incumbents this year, from President Donald Trump to municipal races, but two towns with nonpartisan elections are looking at big changes.

Voters in Cape May unseated Mayor Clarence Lear, favoring Zack Mullock for the seat, and chose Chris Bezaire over incumbent Patricia Gray Hendricks for City Council. The results remained unofficial and incomplete as of Wednesday afternoon, but the gap seemed insurmountable.

“I didn’t see that one coming,” Lear said Wednesday.

Mullock, too, said the results were a surprise to him.

Neither man saw any chance of a different result as the remaining ballots were counted.

Mullock took 832 votes compared with 530 for Lear, as of the most up-to-date numbers Wednesday. Bezaire took 617 votes for a council seat, with Hendricks trailing at 495 and Mark DiSanto showing 128.

In West Wildwood, it looked like a complete change in the government, with all three incumbents trailing behind a slate of challengers in the race for Board of Commissioners in the tiny bayside community. John Banning, Matthew Ksiazek and Joseph Segrest ran on promises of public engagement and transparency. Banning and Segrest each received 182 votes, according to the tally posted by Cape May County, with Ksiazek receiving 183.

According to officials at Borough Hall, 11 ballots were submitted Tuesday, including three provisional ballots and eight completed mail-in ballots, which was not enough to sway the results. The final tally will not be official for days.

“The reality is that we’re far enough ahead that it would be unlikely that anything will change,” said Segrest. He said he had not heard anything from Fox since the election.

“I wouldn’t expect anything,” he said. He expects the three new members to be sworn in at a January reorganization meeting, at which time they will decide who will serve as mayor.

The current government has drawn disproportionate interest in recent years, from fines levied against the mayor over alleged ethical violations, a $1.7 million legal settlement with the police chief and a challenge to the registration of more than 80 voters in the tiny community.

Not all nonpartisan races saw a change, with Cape May Point Mayor Robert Moffat holding a comfortable lead in a five-person race for the three seats on the Board of Commissioners. He had 119 votes. As the posted count stood Wednesday, Catherine Busch was in second place with 90 votes, while incumbent Anita vanHeeswyk had 84 votes, slightly ahead of Mary Ann Kelly, with 82 votes.

In Cape May, voters said no to a proposal for a new public safety building, opting instead for a new firehouse at the same site, an issue that has divided the town through much of the year.

Lear had backed a $15 million proposal that would have combined the Police Department and the Fire Department headquarters in a single building, but could not get the votes on council needed to approve a bond ordinance to fund it. Mullock argued it was too expensive and too large, instead supporting a $5 million plan for a new firehouse on Franklin Street, replacing the existing building. The police would continue to operate out of nearby City Hall, which is housed in the former Cape May High School.

Voters had three choices: fund the larger building, fund the firehouse only or to do nothing. The firehouse saw 477 “yes” votes, according to the unofficial count, with 425 votes for the public safety building option and 374 “no” votes.

Mullock believes most of the votes for the firehouse-only option would have voted against if it were a straight up-and-down vote on the public safety building.

The current building is in bad shape, all sides agree, with issues of mold, a leaky roof and overcrowding.

“I think it’s an immediate need, so we’re going to look at it right away,” he said.

Lear saw the public safety building as a major part of the decision. Mullock, on the other hand, saw voters as concerned with overdevelopment in the shore resort community.

“I think good development is progress, and I think it’s something that should be supported by the local government,” Mullock said. “But I think it’s really important that you recognize when it’s bad development.”

Mullock is already a member of City Council, so he will step down from that seat when he is sworn in as mayor in January. It will be up to the new council to appoint a successor, he said.

At 35, Mullock may be one of the youngest mayors in Cape May history, certainly the youngest in recent memory. He said he had support from young people in town but also from multigenerational families and some former mayors.

“I felt like we ran a really good campaign and talked about the issues that we thought were important,” Mullock said.

“They got their message out, and they’re to be congratulated,” said Lear. “I had a great four years. I’m very happy.”

Cape May County has updated its unofficial election results with the count of about 2,300 provisional ballots, said County Clerk Rita Fulginit…

Judge to rule on recount request in West Wildwood by Nov. 24

A judge said Friday he would wait for final results in West Wildwood after the election is certified Nov. 20 before ruling on a request for a …

WILDWOOD — The city has scheduled a meeting for 10:00 a.m. Wednesday, Nov. 25, at City Hall to seek public feedback regarding an application f…

Judge: No recount for West Wildwood

WEST WILDWOOD — There will be no recount.

CAPE MAY — Jan. 1 brought big changes to Cape May, including a new mayor, two new City Council members and a new city manager, with the hiring…

Cape May firehouse demolition begins; new one to be built by May 2023

CAPE MAY — Demolition crews have begun to raze the firehouse on Franklin Street.

Local retailers get creative to save summer, optimistic about fall revenue

Traditionally, as summer fades into fall, local retailers along the Jersey Shore tend to see a lull in revenue. But 2020 is anything but tradi…

CAPE MAY — Cape May’s municipal ballots cannot be mailed out, at least until after a hearing planned for Wednesday afternoon.

CAPE MAY — Standing outside the Harriet Tubman Museum, Gov. Phil Murphy told a crowd Thursday that each must ask themselves if they will be pa…

CAPE MAY COURT HOUSE — A battle of mayors is shaping up in Middle Township, as former West Cape May Mayor Bob Jackson challenges incumbent Mid…

Talk to people about the election day in Wildwood Tuesday Nov 3, 2020. President Trump held a rally at the Convention Center in Wildwood earli…

A public hearing is planned April 20 on Cape May's $20.79 million budget that does not include an increase in the tax rate compared to last year, nor does it include money for a new planned firehouse. The city plans to fund the new construction with a bond. 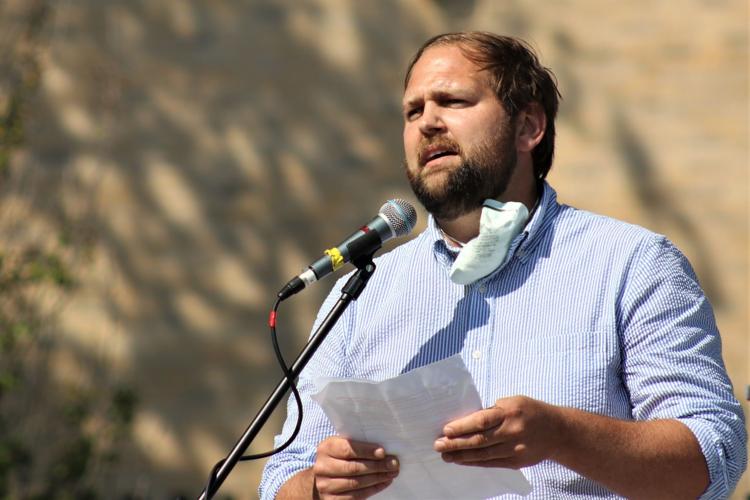 Mayor Zack Mullock praised the work of city officials for Cape May's $20.79 million budget that does not include an increase in the tax rate compared to last year saying it was the result of hard work on the part of the city manager, finance department head and City Council. 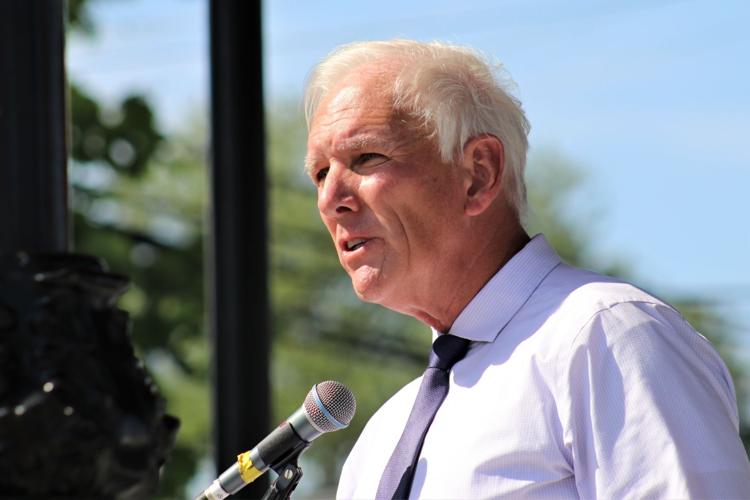 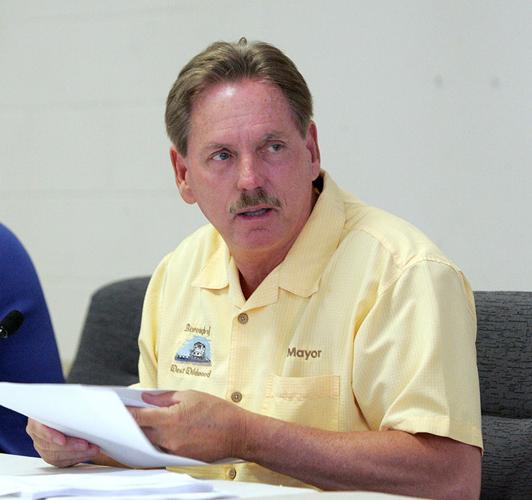