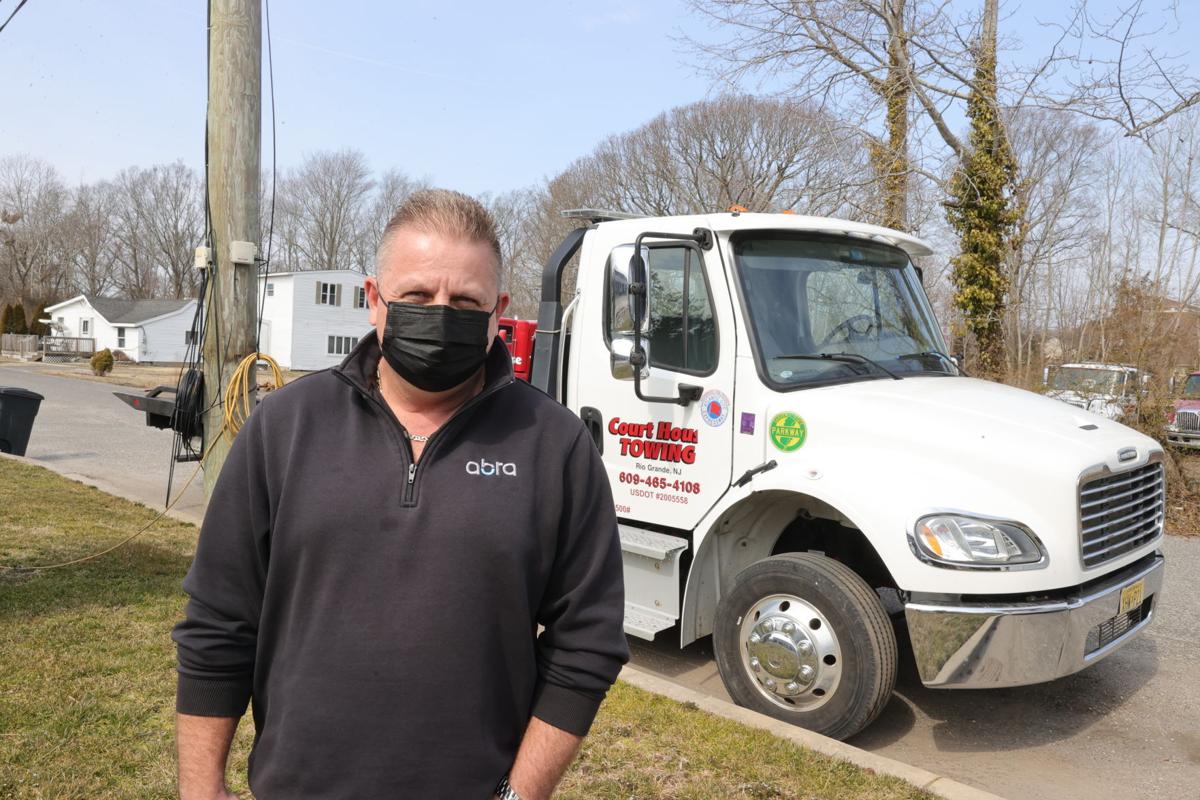 Lou Altobelli, 49, is an owner of one of the tow truck companies that Egg Harbor Township calls when it has an abandoned car that it wants towed. Altobelli appeared at a recent Township Committee meeting to say that the Township is not paying him for his work. Edward Lea Staff Photographer / Press of Atlantic City 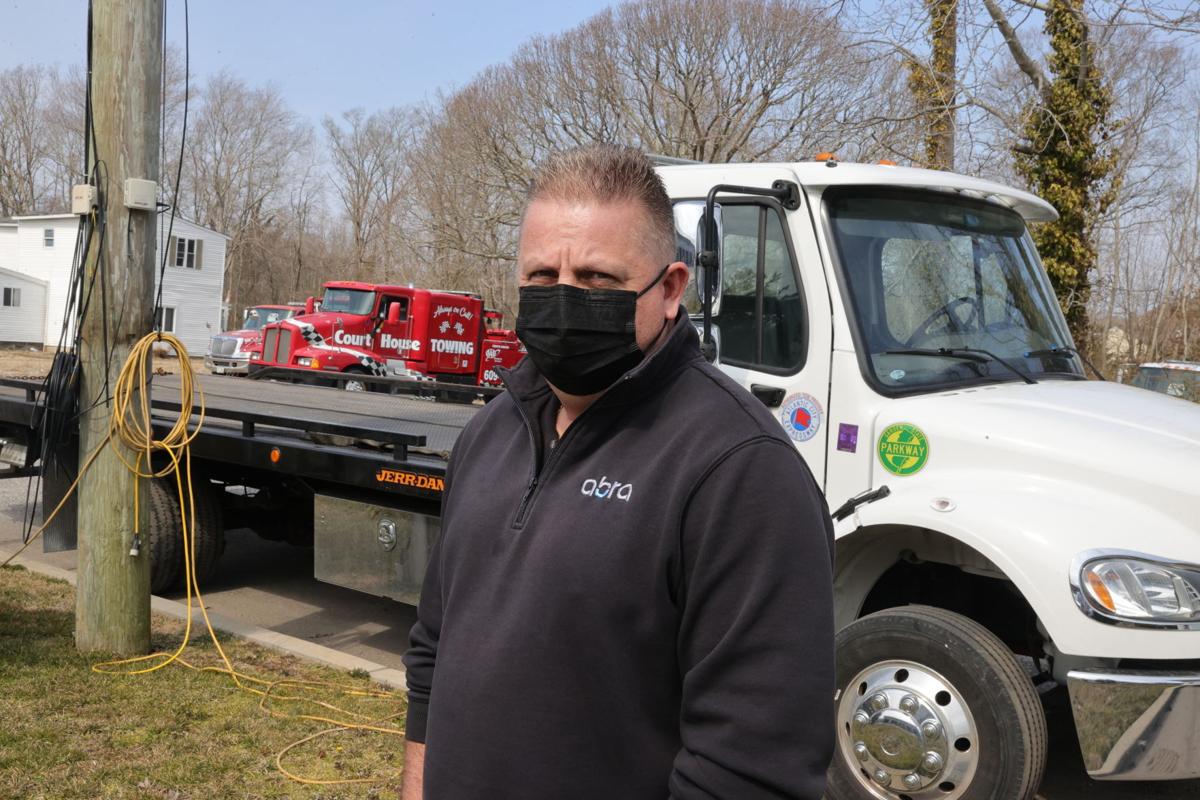 Lou Altobelli, 49, owns one of the tow truck companies Egg Harbor Township calls when it has an abandoned car it wants removed.

Louis Altobelli, owner of Court House Towing in Rio Grande, may make another appearance in upcoming months in front of the Township Committee of Egg Harbor Township.

After being in conflict with the township for four years over money he is owed for towing vehicles within the municipality, Altobelli, 49, appeared during the regular Township Committee meeting on March 3 and spoke during the general public discussion portion.

Altobelli referred to multiple emails being exchanged with him and then-Township Administrator Peter J. Miller, Township Clerk Eileen M. Tedesco and Police Chief Michael A. Steinman regarding money owed to him for vehicles he towed that were auctioned by the township.

When the township auctions off vehicles that were towed, the tow bill is to be paid, Altobelli said. The township has been in violation of its own ordinance, he said.

When Altobelli spoke to Miller last summer, he said, Miller agreed that he was due money, but then, he never heard another word.

Miller mentioned short staffing and the COVID-19 pandemic playing a role in the delay of the resolution of the situation. Altobelli said he estimated he is owed at least $8,000. During the meeting, Mayor Paul Hodson said he would be paid for the towing.

Three months have passed. The situation is still not resolved.

On April 28, Altobelli estimated that the grand total owed to him was more accurately $9,050.26 and sent correspondence to Steinman telling him that.

“When you auction a car off, it is good with the bad, but the tower always gets paid the tow bill. You have cars you have sold for thousands of dollars above the tow bill, and you have cars that you sold for $50. I question how and why you would sell a vehicle for $50 when the going rate for any car in any condition and the going rate for scrap is $300 to $500,” Altobelli wrote.

Steinman responded to Altobelli in writing on May 28. Steinman assigned a sergeant to compare Altobelli’s invoices to the police department’s records.

Steinman said the tow fees for a number of vehicles that Altobelli was claiming as unpaid were paid, according to police department receipts on file. He did add additional vehicles, which were auctioned this year, but towed in previous years. Also, it appears he took into consideration paying Altobelli the actual tow fee even if the car sold at auction for less than that fee.

“I wish to again advise you that I am currently addressing this matter in a light that is more favorable to your claims, with the goal of quickly resolving the matter,” Steinman wrote to Altobelli.

Steinman wrote that if Altobelli declined the offer, he would suggest to the new Township Administrator Donna Markulic that the matter be forwarded to the Township Solicitor.

In reply, Altobelli said he gave Steinman an itemized list of all invoices owed equaling $13,979.44.

“I am tired of begging for monies that was earned and owed. It should be embarrassing to you to find out that money that was owed to towers was being misappropriated and not paid to the tow companies,” Altobelli wrote in reply to Steinman.

Lou Altobelli, 49, is an owner of one of the tow truck companies that Egg Harbor Township calls when it has an abandoned car that it wants towed. Altobelli appeared at a recent Township Committee meeting to say that the Township is not paying him for his work. Edward Lea Staff Photographer / Press of Atlantic City

Lou Altobelli, 49, owns one of the tow truck companies Egg Harbor Township calls when it has an abandoned car it wants removed.