ATLANTIC CITY — Mayor Marty Small Sr. is calling a plan to move back to non-partisan elections an attempt to destroy the Democratic Party by a political operative and Republicans.

“It’s a distraction, but we won’t be distracted,” Small, a Democrat, said Tuesday.

The Atlantic City Independence Committee has been conducting a petition effort, getting signatures from those who support keeping the Mayor-Council form of government but changing back to a nonpartisan approach, with May elections rather than November starting in 2023.

A Tuesday letter from City Clerk Paula Geletei to the committee said the petition included 2,038 verified signatures from city residents, hundreds more than the 1,662 required signatures.

“Accordingly, the matter will be calendared for a public vote Tuesday, November 8, 2022. The County Board of Elections has been notified,” Geletei said in the letter.

If it succeeds, candidates would run as individuals rather than as party representatives. The city long held nonpartisan elections but changed to a partisan form in 2001.

The committee will ask City Council to make the change in government at its Wednesday night meeting, said ACIC spokesperson Andra Williams.

“We’ll go to the meeting, and if City Council declines, the next step it would go on the ballot for November,” Williams said.

Williams said the change would give more people a voice in their city.

“People right now, to be honest with you, don’t have much of a say who gets elected,” Williams said. “We want to have a choice. ... I don’t want to have to be forced to vote completely Democratic if everyone on the ticket is not the best choice.”

Primary elections, which in Atlantic City tend to choose general election winners as only Democrats tend to get elected here, would no longer be needed.

Only one of nine council members, Jesse Kurtz, who represents the 6th Ward, is a Republican.

Small blamed his longtime foe Craig Callaway, a former city councilman who went to federal prison in the early 2000s on bribery and other charges, for getting together with Republicans to create problems for the city.

“This will be a repeat of the other change-of-government election if it gets that far,” Small said, “and once people know the fraud specialist and serial vote switcher Craig Callaway and his crew are behind this attempt, which is funded by the county Republican Party via Don Purdy and Vince Polistina, it will fail and fail (in a) BIG way.”

State Sen. Polistina and Atlantic County Republican Chair Purdy said Tuesday they have not been involved in the  effort.

“I don’t know why he would point the finger at me,” Polistina said. “I had nothing to do with it.”

“To change the election does not benefit the Republican Party; it has no outcome on the Atlantic County Republican Organization,” said Purdy. “We have not spent a dime on it. We have not been involved in it.”

Crackdown on repeat shoplifters underway, will continue after NAACP convention

Callaway, who publicly broke with Democrats after working for the reelection of U.S. Rep. Jeff Van Drew, R-2nd, in 2020, did not respond to a request for comment. In 2020, he said the Democratic Party took Black voters for granted but did little to better their lives.

The change could benefit the city, Polistina said.

“In Atlantic City, partisanship sometimes creates some problems,” he said.

Especially since the state legislators representing the city are all Republicans, he said, “if you had a nonpartisan form it would lead to cooperation (between parties) that would benefit the city.”

Williams said the petition drive is just the start.

“I just encourage people to know that it does not stop with those signatures,” Williams said. “We need people to get out and vote.”

Panhandlers getting creative in Atlantic City: 'Just Venmo me'

ATLANTIC CITY — Count panhandlers in the resort among those who scoff at cash.

It’s the second attempt in recent years to change the way  city elections are run.

Its referendum to change the mayor-council form of government to a council-manager form was rejected by voters in a special election in May 2020.

Shall the charter of the City of Atlantic City, governed by the Mayor-Council Plan of the Optional Municipal Charter Law, be amended as permitted under that plan to provide for the holding of regular municipal elections in May?

Resorts casino reached an agreement with Atlantic City’s main casino workers union, leaving only one of the city’s nine casinos without a new labor agreement. And that casino, the Golden Nugget, will sit down at the bargaining table on Thursday with Local 54 of the Unite Here union, at which a deal is considered likely to be reached. Resorts agreed Wednesday to the same economic terms as the city’s larger casinos did several weeks ago. Housekeeping employees will see their pay increase to $22 per hour at the end of the four-year contract.

ATLANTIC CITY — City Council declined to vote to move to a nonpartisan form of government at its meeting Wednesday night, after a group that c…

ATLANTIC CITY — The city’s $235 million budget passed unanimously and without comment at a special meeting Thursday, but the potential lease o…

Atlantic City Council, shown here in April at its first in-person regular meeting at City Hall since the start of the COVID-19 pandemic, is expected to hear a request at Wednesday night's meeting for a change to the structure of the city's government. Candidates would run as individuals rather than as party representatives. 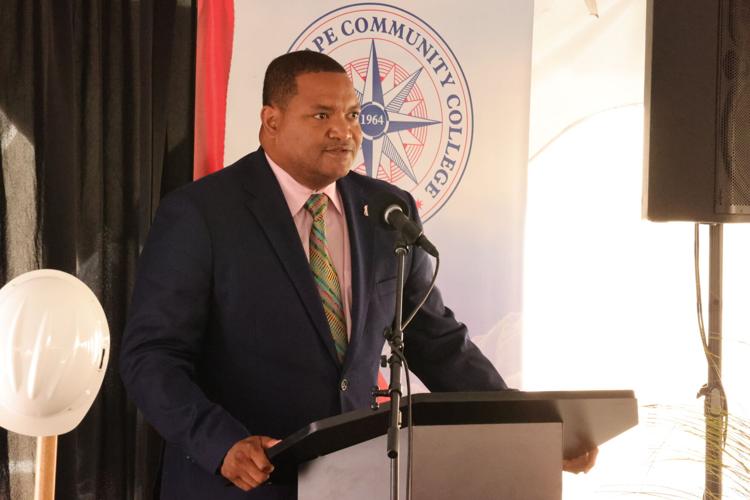