There are few contested primary races for state offices this year in southeastern New Jersey, but the Republican primary for state Senate in the 2nd Legislative District is likely to create enough buzz for the whole state.

The hot primary in the 2nd District, between Republicans Vince Polistina, of Egg Harbor Township, and Seth Grossman, of Atlantic City, will be among the state’s most interesting, one political analyst predicted.

“Normally I would go with the organization candidate (winning), because of the built-in advantages that go with it,” said John Froonjian, executive director of the William J. Hughes Center for Public Policy at Stockton University. “This is going to be a little different.”

Those advantages include greater access to campaign infrastructure, the help of party activists and the ability to raise money, Froonjian said.

The party committee is supporting Polistina, who will run as an “Atlantic County Regular Republican.”

Monday was the deadline for filing petitions to run, and the state Division of Elections listed the unofficial candidates for state offices Tuesday.

County and local unofficial office seekers will likely be listed online Friday, according to Michael Sommers of the Atlantic County Clerk’s Office. In the race for clerk, Sommers said Democrat Lisa Jiampetti, the mayor of Egg Harbor City, filed on time. So did Democrats Mico Lucide, of Hamilton Township, and Darlene Samuel, of Atlantic City.

The Hughes Center and the League of Women Voters of Atlantic County are planning to co-sponsor primary debates. They have invited Polistina and Grossman to a debate 7 p.m. May 11, Froonjian said. They also have invited the Democratic candidates for clerk to a candidates forum 7 p.m. April 27.

Grossman probably has better name recognition than Polistina, Froonjian said. And he has a strong network of local and nationwide supporters who are likely to donate to his campaign.

“You can’t underestimate that in an election. Polistina hasn’t run in 10 years, and Grossman ran in an extremely high-profile congressional race just three years ago.”

Grossman won the 2nd Congressional District Republican primary in 2018 but was defeated by a smaller margin than expected by then-Democrat Jeff Van Drew, who later changed parties to Republican after voting against impeaching President Donald Trump in the House of Representatives.

Grossman also runs a conservative organization called Liberty and Prosperity, and is a well-known lawyer.

“It may come down to how Trumpy has the Republican Party in Atlantic County become,” Froonjian said. “This will be interesting to see.”

Grossman, whose campaign slogan is “The Real Republican Fighting ‘Woke’ Democrats,” ran in the Republican primary for Congress in 2018 as a pro-Trump Republican.

Hirsh Singh, of Linwood, is again running in the Republican gubernatorial primary. He faces frontrunner Jack Ciattarelli, of Hillsborough in Somerset County; Brian Levine, of Franklin in Somerset County; and Philip Rizzo, of New Vernon in Harding Township, Morris County.

“The only way (Singh, Levine and Rizzo) can compete with Jack Ciattarelli is if they come in with a lot of money,” Froonjian said. “The party organization is strongly behind Ciattarelli, who has statewide name recognition, having run for governor before.”

All of the offices he has sought may be hurting him, Froonjian said.

“I just saw a news article that referred to Singh as a “perennial candidate,” Froonjian said. “That’s not how you want to be described.”

Gilmore was convicted in 2019 of failure to pay payroll taxes and making false statements, and was pardoned by Trump early this year.

It’s not likely Gilmore will be successful going up against the state party, Froonjian said. And Rizzo presents some problems.

“Phil Rizzo has, among other things, said masks make you sick,” Froonjian said. “New Jersey is not a state that has bought into the culture war over masks.”

He said New Jerseyans of both parties have taken the pandemic seriously and have overwhelmingly supported and adhered to wearing masks, according to a recent Stockton poll.

On the Democratic side, incumbent Gov. Phil Murphy has one opponent in the primary, Roger Bacon of Phillipsburg, Warren County.

“Roger Bacon, whose slogan is ‘Make New Jersey Great Again,’” Froonjian said. “Anyone who adopts a Trumpist, MAGA-style slogan as a Democrat had better be prepared for disappointment.”

Thank you for reading The Press of Atlantic City. Please consider supporting The Press with a subscription.
+1

Here is the list of candidates who met the Monday cutoff for filing:

Incumbent Gov. Phil Murphy, of Trenton, and challenger Roger Bacon, of Phillipsburg, for the Democrats.

Jack Ciattarelli, of Hillsborough; Brian D. Levine, of Franklin; Hirsh Singh, of Linwood; and Philip Rizzo, of New Vernon, for the Republicans.

1st Legislative District (all of Cape May, parts of Cumberland and Atlantic counties): Yolanda E. Garcia Balicki, of Millville, for the Democrats and incumbent Michael Testa, of Vineland, for the Republicans.

2nd Legislative District (most of Atlantic County): Assemblyman Vince Mazzeo, of Northfield, for the Democrats and a contested race between Seth Grossman, of Atlantic City, and Vince Polistina, of Egg Harbor Township, for the Republicans.

3rd Legislative District (all of Salem and parts of Cumberland and Gloucester counties): State Senate President Steve Sweeney, of West Deptford, for the Democrats, and Edward Durr, of Swedesboro, for the Republicans.

8th Legislative District (parts of Atlantic, Burlington and Camden counties): Incumbent Sen. Dawn Marie Addiego, of Marlton, for the Democrats and Jean Stanfield, of Westampton, for the Republicans.

1st Legislative District: John P. Capizola Jr., of Vineland, and Christopher C. Wilson, of Vineland, for the Democrats; and incumbents Erik Simonsen, of Cape May, and Antwan McClellan, of Ocean City, for the Republicans.

2nd Legislative District: Atlantic County Commissioner Caren Fitzpatrick, of Linwood, and incumbent John Armato, of Buena Vista Township, for the Democrats; and Donald Guardian, of Atlantic City, and Claire Swift, of Margate, for the Republicans.

3rd Legislative District: In a contested primary, bracketed together are incumbents John Burzichelli, of Paulsboro, and Adam Taliaferro, of Woolwich Township, as well as challenger Arman Michael Noori, of Bridgeton. For the Republicans is Nicholas J. Sereday, of Franklinville.

A former South Jersey man suspected in multiple slayings told authorities he killed five people, including his ex-wife, and was planning to ki…

When the parent company of a South Jersey deli was selling more shares amid a boom in its stock last year, the firm drew the attention of fede…

Attorney and Republican Assembly challenger Claire Swift, of Margate, is the latest to call for the resignation of the New Jersey Department o…

Despite having no Democratic opponents on the ballot in the June 8 primary, look for television and digital ads from the Murphy for Governor 2…

Early voting is the wave of the future, Atlantic County Board of Elections Chairperson Lynn Caterson said Wednesday, but finding at least five…

Linwood’s Hirsh Singh, a candidate for the Republican nomination for governor, acknowledged Tuesday he refused to get a COVID-19 vaccine or te…

GOP primary for Assembly in 2nd District to remain contested

Seth Grossman to run for state Senate in 2nd District

Republican U.S. Senate primary candidate Hirsh Singh’s petition for a recount of the July 7 election was denied Tuesday in Atlantic and Cape M… 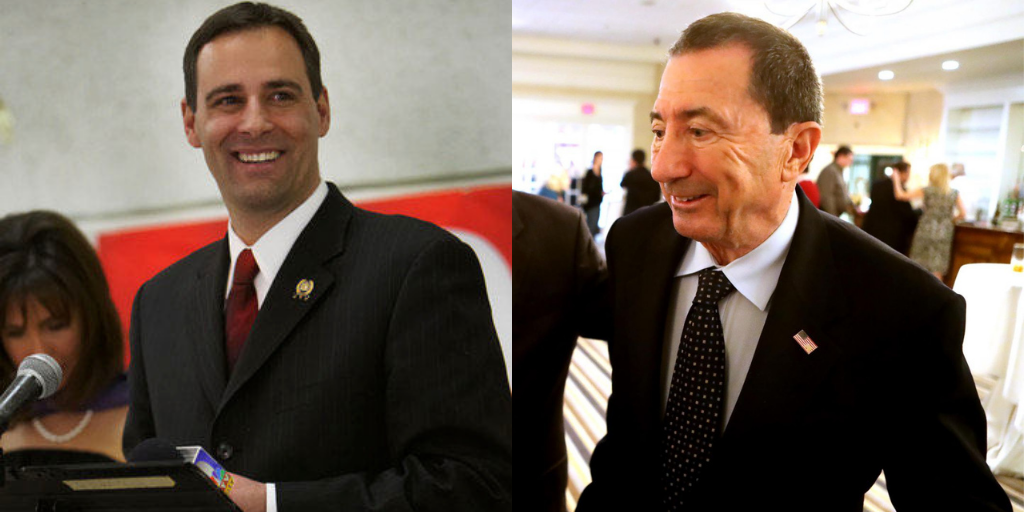 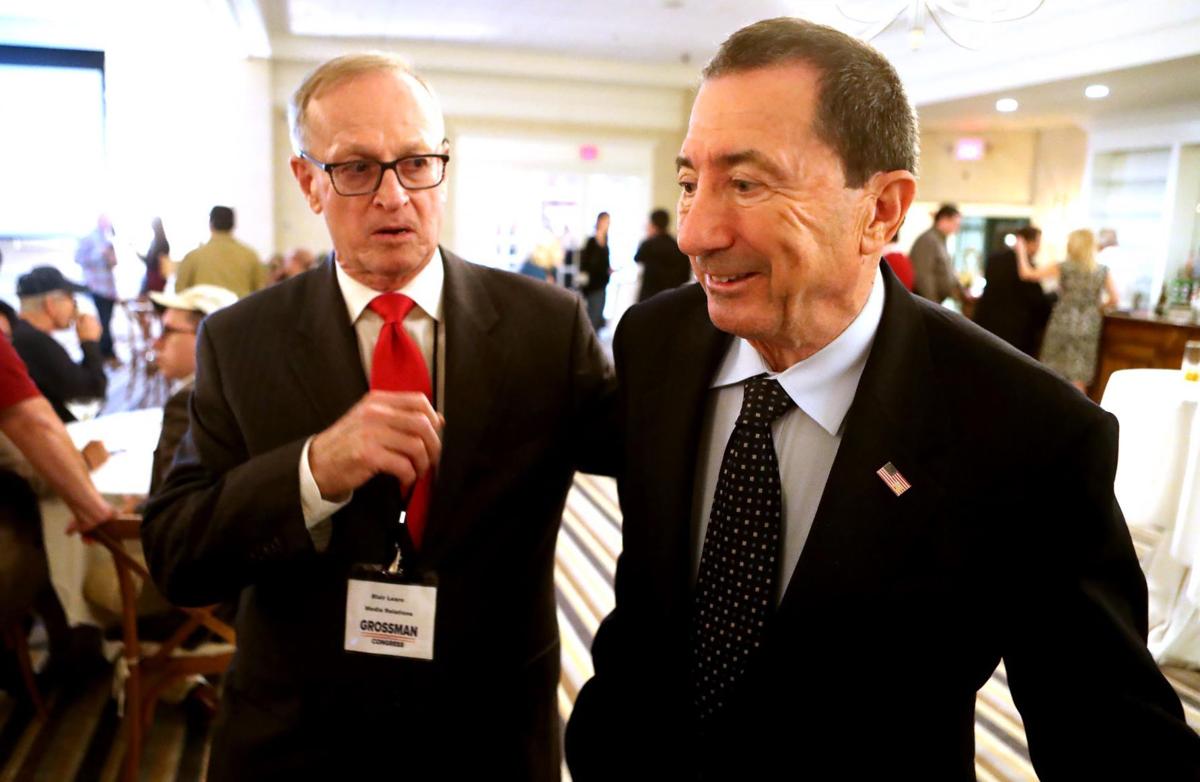