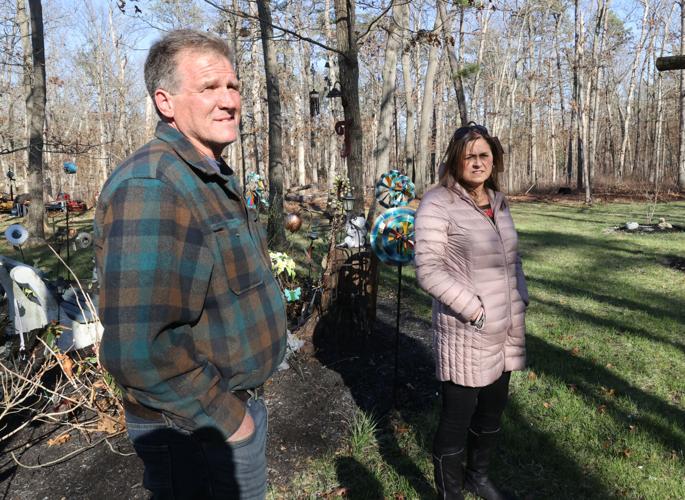 Stephen and Dianne Valiante visit their daughter's memorial daily. Tiffany died in 2015, and her parents disagree with official determinations of how she died. 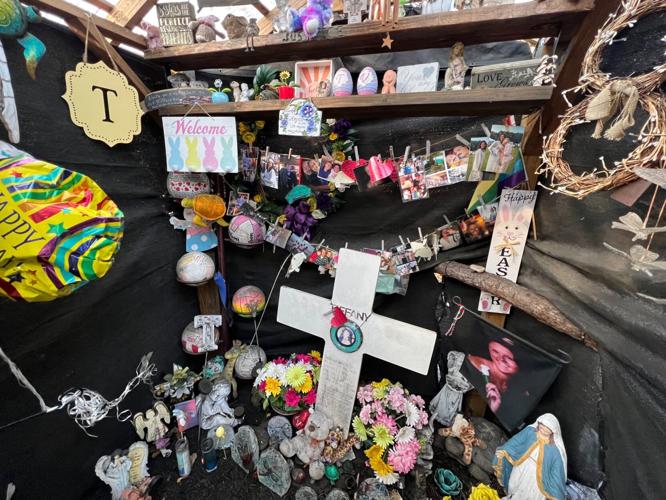 The Valiantes maintain a memorial near a section of railroad tracks where Tiffany was found dead in 2015. 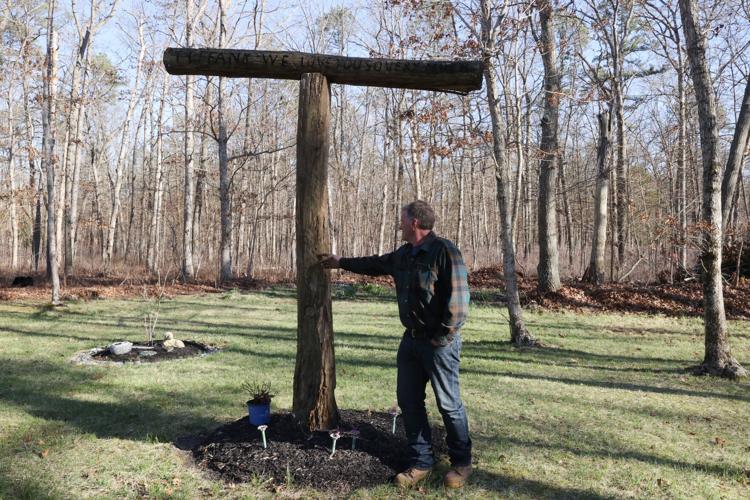 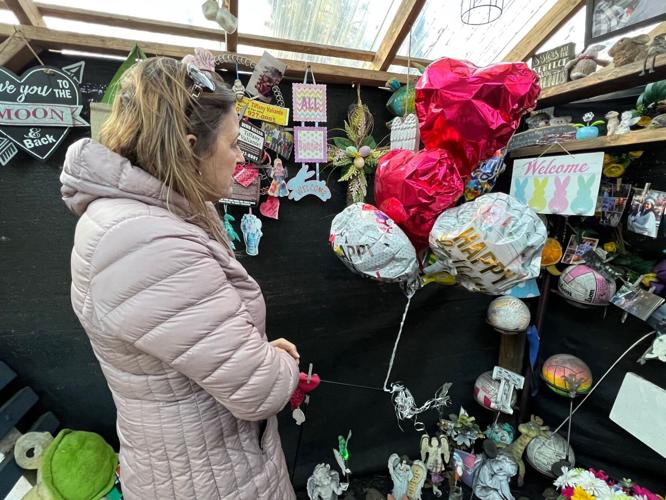 "We have to be her voice, and we can't let another family go through this," Dianne Valiante said.

HAMILTON TOWNSHIP — Chances of learning more about the 2015 death of Tiffany Valiante grew slimmer after forensics tests failed to find new clues, her family’s attorney says, but her parents say their fight for answers isn’t over.

According to a report released Tuesday by a forensic specialist hired by the family, evidence in the case tested by a forensic lab was mishandled by the NJ Transit Police Department.

Valiante, who was 18 at the time of her death, was struck by a NJ Transit train July 12, 2015. The state Medical Examiner’s Office ruled her death a suicide within 48 hours after her death.

Her family, however, doesn’t buy it, saying the teen bound for Mercy College in New York showed no signs of being suicidal. They believe she was a murder victim.

In the report, Dr. Julie Heinig, laboratory director of forensics and DNA technical leader with the DNA Diagnostic Center, said the evidence tested was futile. She said some of the articles were stored in plastic bags over paper ones by NJ Transit police, which originally probed the teen’s death after the crash. The poor handling caused “moisture-inducing bacterial contamination,” she said.

“We have extensive experience over decades performing analysis on evidence with degraded DNA; however, in this instance, we were able to obtain very little DNA for comparison due to the manner in which the evidence was collected and maintained,” Heinig said in a statement Tuesday.

Heinig also said other pieces of evidence were improperly logged, saying they were not labeled with the initials of those who handled them to maintain a chain of custody. She said doing so is industry standard.

Valiante’s blood from her blood card could only be identified using paternity testing due to being improperly maintained, according to the report.

With limited options, the family’s attorney, Paul D’Amato, said now is the time for anyone with possible information on the teen’s death to come forward.

“This report by DDC reinforces our view that there was a gross rush to judgment by investigators, who hastily determined Tiffany’s death was a suicide; they never treated the scene like a crime scene and, clearly, mishandled key evidence that we now conclusively learn was useless when finally subjected to DNA testing,” D’Amato, who is handling the case pro bono, said in a statement Tuesday.

The lab detected an unidentified male DNA sample on the evidence, but no one knows where it came from. It could be a piece of evidence, but it could also be DNA from a handler, D’Amato said, clarifying the sample as it was explained to him by Heinig.

MAYS LANDING — For the past six years, Dianne and Stephen Valiante have hosted friends and f…

Heinig did not respond to a request from The Press Tuesday for additional comment.

“There’s just no way. Everyone was saying this can’t be,” Dianne Valiante said Tuesday, recalling the night her daughter was found dead. “Our family has been through hell, having to fight for everything.”

The family said it will appeal to the New Jersey Attorney General’s Office to reopen the investigation into her death, and remain angered over what they say was a botched initial investigation.

The Attorney General’s Office declined to comment on the matter Wednesday.

The couple said if they had a slight inclination the teen committed suicide, “we wouldn’t be fighting as hard as we’ve had.”

Despite a brief dispute with a friend over a credit card the night she died, Tiffany was enjoying a graduation party for a family member, not showing signs of distress, family say.

The couple has questioned aspects of their daughter’s case, including her shoes being found together along Tilton Road far from where the crash happened.

They’ve also questioned why her feet remained intact despite the belief she walked barefoot on rock-filled terrain.

“If you look at all the evidence, it tells you she didn’t walk there,” said Stephen Valiante.

Louise Houseman, a former investigator for the Atlantic County Medical Examiner, also wrote a report raising doubts about the teen’s death being a suicide.

“It is highly unlikely this very accomplished, 18-year-old female athlete walked barefoot, alone in the woods, without her cellphone, over stones and brush, in the dark, along 1.5 miles of isolated railroad tracks, on a hot summer night, for a total of nearly 4 miles in order to commit suicide,” Houseman wrote.

Tiffany may be gone, but her memory in the community remains alive nearly seven years after her death.

The family maintains a homemade monument that Stephen Valiante assembled along the railroad tracks several yards from where she was found. Inside, anyone can come to the spot off Aloe Street to write messages on a bench and admire signed volleyballs and family photos.

The Valiantes visit the memorial daily, as well as remember their daughter from their backyard, which includes a volleyball net and memorial garden.

Until the Valiantes get answers, they say they’ll continue maintaining an ample supply of signs across the area, each with their daughter’s portrait and a phone number to call tips into, 609-927-0001.

“We have to be her voice, and we can’t let another family go through this,” Dianne Valiante said.

MILLVILLE — The growth of the new greenhouse at Millville High School is being nurtured by community organizations throughout the city, school…

SOMERS POINT — City Council adopted an ordinance repealing its local bag ban Thursday, but that doesn’t mean plastic bags will be available at…

HAMILTON TOWNSHIP — A truck with its aerial lift up struck an Atlantic City Expressway overpass on Route 50, damaging the structure, police sa…

MAYS LANDING — The 2015 death of Hamilton Township teenager Tiffany Valiante will be highlighted in the newest season of "Unsolved Mysteries,"…

MAYS LANDING — Every year on July 12, Tiffany Valiante’s family and friends gather at her childhood home on the anniversary of what they argue…

Watch these adorable pandas celebrate their birthdays in Shanghai

Stephen and Dianne Valiante visit their daughter's memorial daily. Tiffany died in 2015, and her parents disagree with official determinations of how she died.

The Valiantes maintain a memorial near a section of railroad tracks where Tiffany was found dead in 2015.

"We have to be her voice, and we can't let another family go through this," Dianne Valiante said.