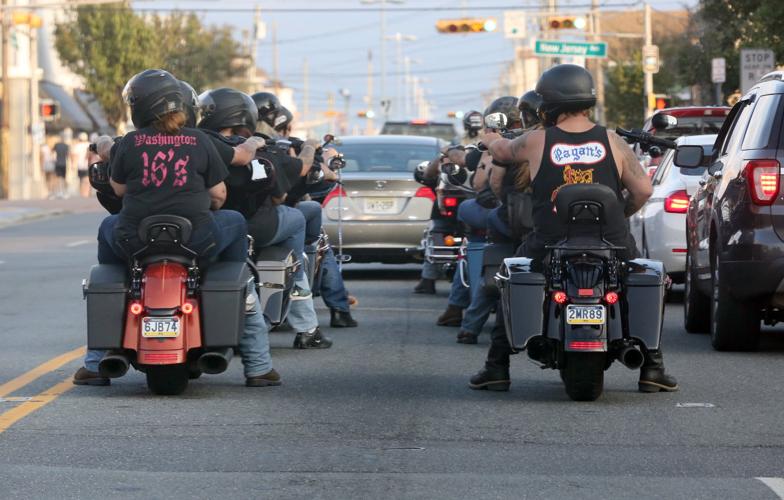 Motorcyclists ride through Wildwood on Friday despite the cancellation of the annual Roar to the Shore motorcycle event. 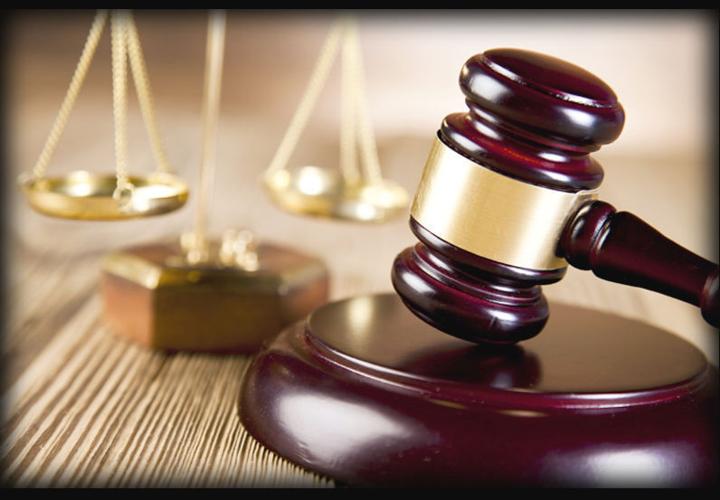 NEWARK — Federal agents Monday arrested two high-ranking members of the Pagans Motorcycle Club from New Jersey for assault in aid of racketeering as part of a long-running investigation into violent crime and drug distribution among gang members.

Luis “LuRoc” Arocho, 43, of Keansburg in Monmouth County, and Maurice “Dawg” Guzman, 51, of Newark in Essex County, were charged with one count of aggravated assault in aid of racketeering related to an April 2018 assault of a member of the rival motorcycle club Hells Angels. The incident occurred at a gas station in Newark and the victims sustained serious injuries including fractured ribs.

“These were not ordinary criminals,” Special Agent in Charge of the DEA’s New Jersey Division Susan A. Gibson said. “They were disciplined, they were violent, they had structure, they had hierarchy, they had rank.”

The Pagans are defined by state law enforcement in 2020 report as an outlaw motorcycle gang. Their presence can be traced back in the state and the local region for several decades.

More recently, the gang made headlines with the arrest and conviction of a former Cape May Pagans chapter president, Ferdinand “Freddy” Augello, for his role in the murder-for-hire plot that led to the death of Linwood radio host and veterans advocate April Kauffman.

The Pagans were a regular presence at Wildwood’s Roar to the Shore motorcycle rally weekend and last year were responsible for the beatings of two city business owners there.

The 2020 state report says that the Pagans membership in the state, and violence related to the gang, continues to grow, going from 10 chapters in the state in 2013 to 17 as of last year.

Gibson said that in addition to a large number of weapons that were seized during the investigation, the one enforcement operation also discovered three homemade improvised explosive devices.

“This was a very violent organization,” she said.

In addition to the arrests, Acting U.S. Attorney Rachael A. Honig announced a grand jury indicted Pagans member Nicholas “Booch” Bucciarelli, 56, of Brooklawn, on charges of aggravated assault in aid of racketeering, brandishing a firearm in furtherance of a crime of violence, and possession of firearms by a convicted felon. Federal authorities say Bucciarelli used assaulted another Pagans member at gunpoint for breaking the organization’s rules.

Three others, Nicholas “Lefty” Marino, 75, of Williamstown, Anthony “Fugit” D’Alessandro, 55, of Williamstown and Michael “Cage” Dorazo, 42, of Gloucester City, were previously charged for their roles in the assault.

Honig said that so far 11 people have been charged as a result of this investigation.

“Significantly, many of these defendants hold national, regional and local leadership in the Pagans,” Honig said, including a national president,

Officials believe the arrest disrupted the gang’s activities in the state by removing key members engaged in violent or illegal activity.

Gibson said Monday was a great day for New Jersey and a bad day for the Pagans.

“These arrests made New Jersey safer and this investigation demonstrated the determination of DEA and our amazing partners to pursue the most violent criminal gangs who choose to violate the law,” she said.

The U.S. Attorney’s Office previously announced the arrest of Keith “Conan” Richter — the national president of the Pagans — and charged him with illegal possession of a firearm on Feb. 20, 2021.

NORTH WILDWOOD — A Wildwood man has been arrested twice the past two months for stealing bicycles throughout the city, police said Thursday.

WILDWOOD — A pop-up car rally is set to take place in the city starting Friday, although some participants appear to have arrived early.

WILDWOOD — Along Pacific Avenue on Saturday afternoon, a handful of restaurants and shops had signs telling patrons that “colors” were not all…

Colombia and Venezuela to reopen borders

Motorcyclists ride through Wildwood on Friday despite the cancellation of the annual Roar to the Shore motorcycle event.