PLEASANTVILLE — The self-named “Expressway 7,” a group arrested during a Fourth of July Black Lives Matter protest at the base of the Atlantic City Expressway, will have to wait for a trial as the COVID-19 pandemic continues to stall court hearings.

Steve Young, 60, a member of the Black Men United Coalition; 21-year-old Levar Davis, of Atlantic City; Alex Kettles, 52, of Burlington; Nolan Mitchell, 45, of Atlantic City; Troy Ogelsby Sr., 57, of Cherry Hill; Michael Scott, 45, of Atlantic City; and Taiwa Ukawabutu, 55, of Pleasantville, were scheduled to appear virtually via Zoom before Judge Richard T. Fauntleroy, as courts across the state have been mostly shuttered to mitigate the spread of the disease.

However, Young, along with Mitchell and Ukawabutu, had shown up to the municipal court building, joining the virtual hearing from the courtroom lobby well after the scheduled start time.

While Kettles and Ogelsby were present in the virtual courtroom, Davis and Scott were not. Mitchell said they were in the hospital or sick with the coronavirus.

The group was arrested as protesters walked onto the Atlantic City Expressway, shutting down traffic there. They were charged with obstructing a highway and refusing to obey a reasonable official request, and were released on summonses after the demonstration.

If convicted, they could face hundreds of dollars in fines, as well as jail time.

The appearance lasted just over 20 minutes and focused mainly on the exchange of evidence between Prosecutor Jenna Cook and the defendants, who told the judge they’d be representing themselves in the case, passing on the opportunity to apply for a public defender or retain an attorney themselves.

Young, as well as others in the group, asked for a speedy trial, citing rights guaranteed to them by the U.S. Constitution, but Fauntleroy explained to them several times that a trial would not be possible immediately due to restrictions around gatherings due to the pandemic.

“As you know, the courts are closed, and I doubt if we’re going to be able to do any in-court sessions for a trial of this size at least until after the first quarter,” Fauntleroy said. “Hopefully, by then there are enough vaccinations and we can open up the court, because it’ll be impossible to have that many witnesses on a Zoom setting, which we are now doing in New Jersey.”

Defendants are waiting in the county jail for their trials, which have also been paused due to the pandemic, Fauntleroy added, telling Young the courts are working hard, “but we have to understand the realities of the pandemic.”

Cook said she sent paper discovery and 10 videos to Young already, who had instructed her to send everything to him. Before the hearing Thursday, she also forwarded the evidence to email addresses for the other defendants recently provided by Young, she added.

But Cook hasn’t received reciprocal discovery from Young, she said, and is still waiting on contact information and other information for the list of witnesses he wants to subpoena.

The next court date was not set during the hearing.

In August, Atlantic City officials voted to begin the process of removing Young from two appointed, unpaid positions. Young has a seat on the Citizens Advisory Board and is chairman of the Planning Board.

The July 4 protest, which began in front of the Public Safety Building and aimed to “shut the city down,” was one of many demonstrations held around South Jersey and the country since George Floyd died in police custody May 25 in Minneapolis.

‘Back the Blue’ parade hits Ventnor, Margate, Longport on Sunday

Young led the crowd through the city, shutting down traffic on Atlantic Avenue, the Albany Avenue bridge — where an officer with a bullhorn read a city ordinance that prohibits blocking traffic on the bridge — and down Winchester Avenue to the end of the expressway.

After the arrests, the crowd dispersed into the city.

Police have charged many in connection to protests in the city in the wake of Floyd’s death.

Ninety-five were charged after a May 31 protest that ended with rioting and looting, causing several million dollars in damage to 57 stores, police said.

Since January, I've focused my reporting on South Jersey's vulnerable populations and the route officials, advocates and stakeholders are taking to improve their every day lives through the lens of public safety and mental health.

Specifically, I've concentrated on those in jails and prisons, and the mental health struggles of children and their parents, as well as law enforcement, in Atlantic City.

And, when a police-involved shooting left a man dead in Ventnor, I worked with experts to dissect body-worn camera footage to join a larger conversation about police use of force, mental health and the mission of law enforcement when faced with these types of situations.

He spent 30 years behind bars before he was exonerated. Now, he's sharing his story in Cape.

Anthony Ray Hinton, an Alabama man who was wrongfully convicted of two murders, spoke in Cape May. The event, sponsored by the Cape May County…

'We can’t guarantee that he’ll make it': Mother of South Jersey prison inmate calls for his release amid COVID-19

The Atlantic City Police Department has a robust chaplain program, with over a dozen currently on staff. Adopted through a 2012 ordinance, it’…

Wild sheep freed from his own wool in Australia

Wild sheep freed from his own wool in Australia

ATLANTIC CITY — Police are looking for a city man wanted for shooting and stabbing another man.

ATLANTIC CITY — A Vineland man was arrested this month in an August shooting, police said Saturday.

Cape May County’s run Crest Haven Nursing and Rehabilitation Center will be getting its first vaccine doses on Jan. 5, according to informatio…

A.C. Columbus Day events not happening but still on in Hammonton 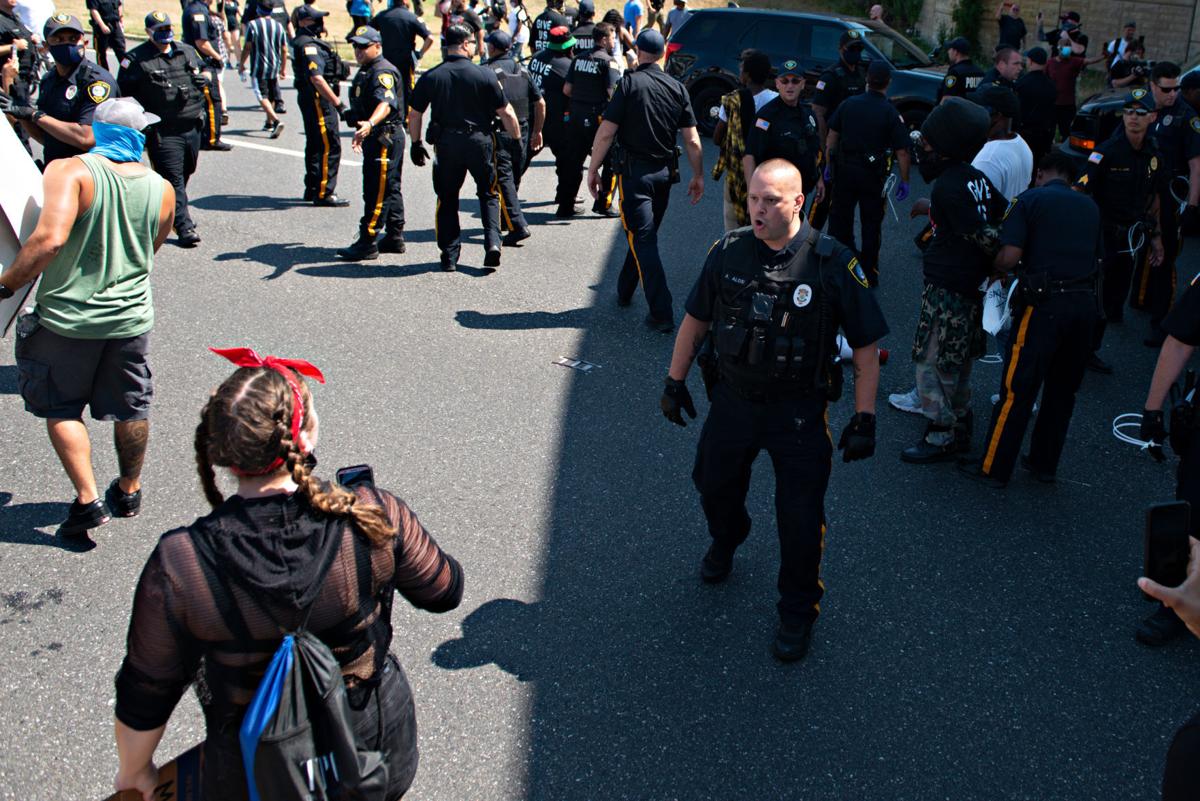 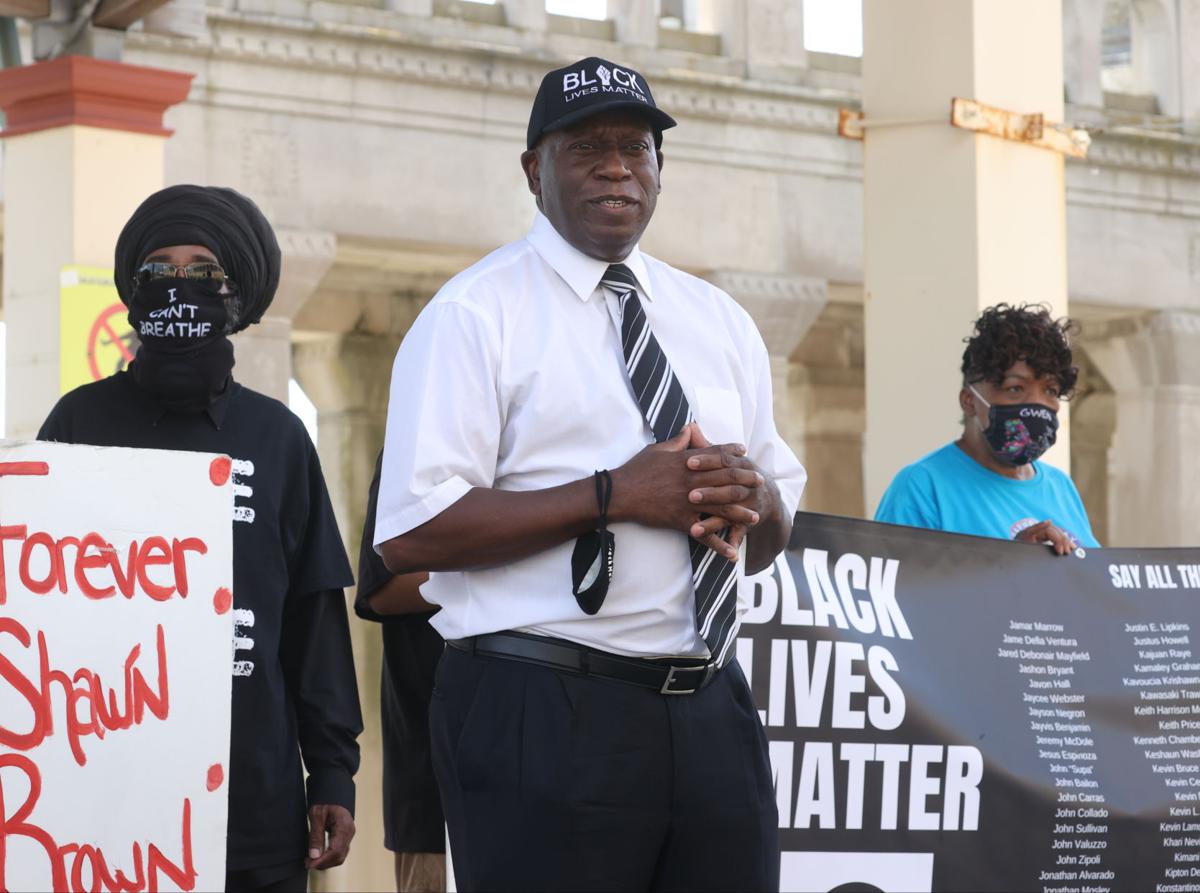