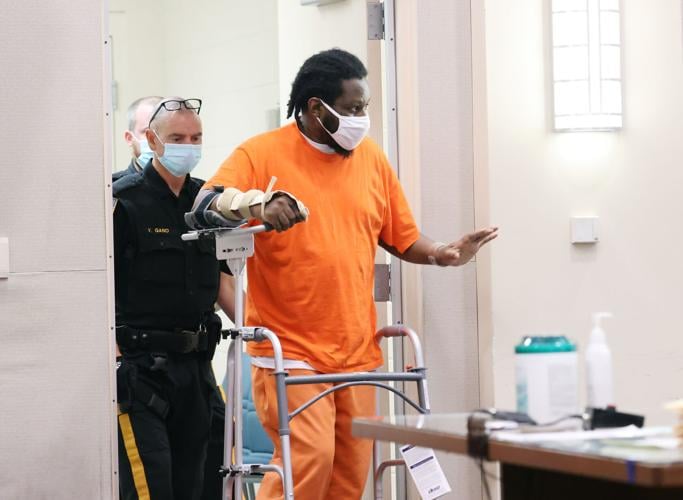 Jalial Whitted, who was shot by police outside the Absecon Dollar General in May, appears in Atlantic County Superior Court on Friday in Mays Landing. 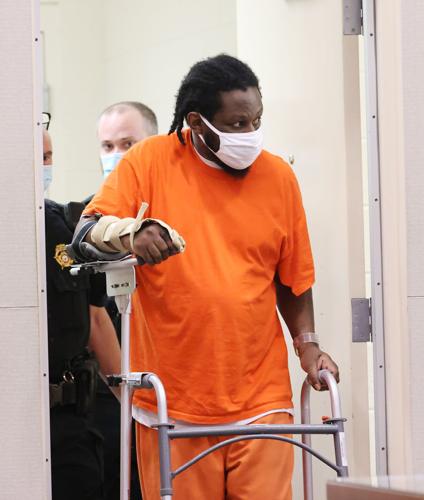 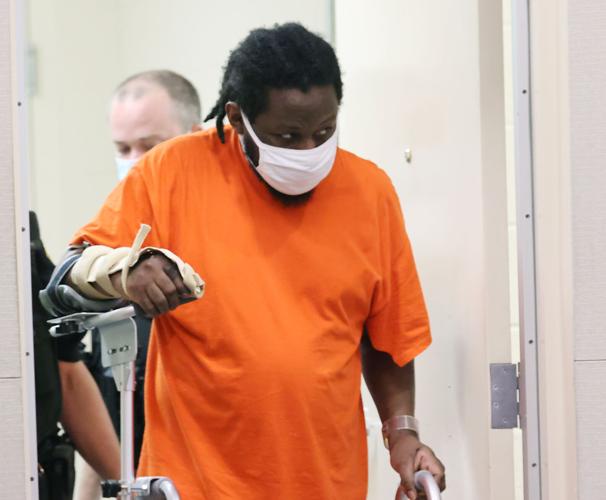 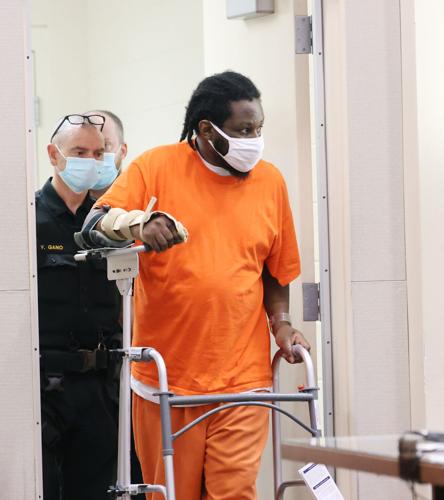 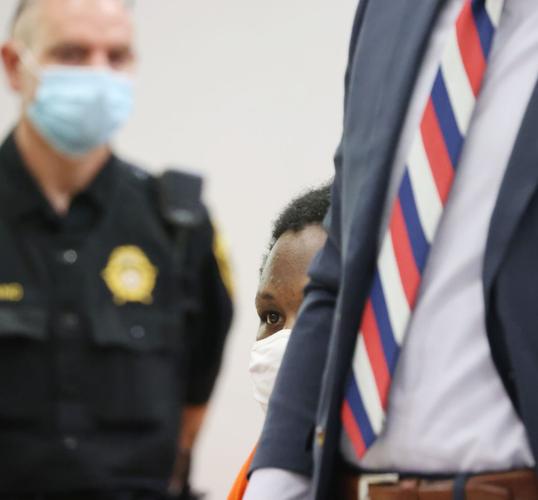 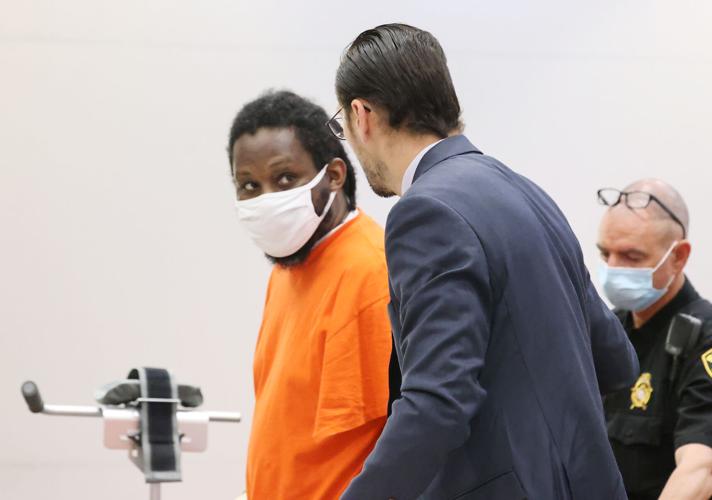 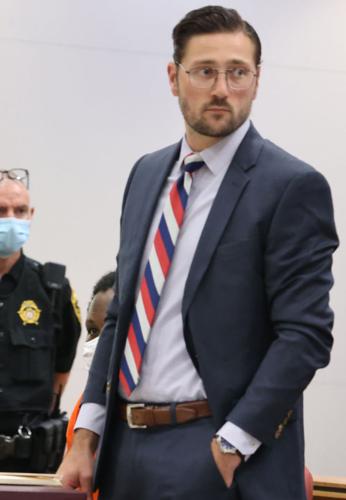 MAYS LANDING — The case involving an Absecon man shot multiple times by police outside a Dollar General in May will proceed to a grand jury, a judge in Atlantic County Superior Court ordered Friday.

The man, Jalial Whitted, 37, was shot outside the Absecon store near the city’s border with Pleasantville on May 24 around 9:30 a.m. Police responding to the store have said Whitted was carrying a gun, which prompted them to use deadly force.

Whitted, for a second time, appeared in court Friday in front of Judge Bernard DeLury. Whitted wore an orange prison outfit and relied on a walker and arm brace to keep him stable, evidence of his gunshot wounds and the hours-long surgery his family said he needed.

He was previously detained June 29 during his first appearance.

One of Whitted’s family members and local activist Steve Young were present in the courtroom Friday but declined to comment immediately following the hearing.

Whitted is being represented by Peter A. Wujciak, with the Clemente Mueller law firm, which is based in Morristown, Morris County.

The case is going straight to a grand jury that will hear the facts of the case as state prosecutors present it, after which the jury will determine if there’s probable cause for an indictment, Wujciak said.

“It’s basically just one more step in the judicial process in order to determine if the charges that were brought are supported by some level of evidence,” Wujciak said.

Whitted will be in court again Sept. 16, DeLury said.

Whitted has not made a plea to his charges. Evidence likely will be shared in the near future between the prosecution and defense, after which a plea offer may arise, Wujciak said, adding that he was just recently retained for the case.

Whitted’s mother, Kim Whitted, said her son has been diagnosed with schizophrenia, which may have contributed to the incident in May.

Police have said Whitted entered the store armed, and the Atlantic County Prosecutor’s Office said he fired at least one shot off inside while some morning shoppers were buying groceries.

Police body camera footage was released earlier this week by the Ocean County Prosecutor’s Office, which is handling the investigation under a New Jersey Attorney General’s directive.

Several clips from separate officer cameras were made public, showing various angles of the shooting.

The first officer at the store can be seen approaching Whitted while he is in the doorway, with the officer warning dispatch that he may be armed with what was thought to be a “fake gun.” The officer was pointing his gun at Whitted shouting commands at him, while the 37-year-old told the officer to shoot him.

Moments later, the standoff took to the parking lot, where officers continued pleading with Whitted to surrender. One officer can be heard on the camera’s audio saying he saw a firearm in Whitted’s left pocket. The officers momentarily tell Whitted to drop the gun while he was was positioned behind a car in the parking lot. Then gunfire erupts, lasting seconds before officers moved into cuff Whitted before being approached by his frantic mother.

He was then taken to AtlantiCare Regional Medical Center, City Division, where he was later released and then arrested.

He remains in the Atlantic County jail.

CAPE MAY COURT HOUSE — Ricardo Valle, a former teacher at Ocean City High School who pleaded guilty to engaging in sexual activity with a stud…

ATLANTIC CITY — Since mid-July, 17 men have been arrested and charged with attempting to lure a minor, with law enforcement getting help from …

CAPE MAY COURT HOUSE — A Middle Township man was arrested Wednesday following an investigation into his alleged relationship with a minor.

A suspect was arrested and charged in the fatal shooting late Saturday night of a 27-year-old man in Vineland, Cumberland County Prosecutor Je…

This “death road” in Brazil is now teeming with life

This “death road” in Brazil is now teeming with life

Enjoying the snow of Africa

Enjoying the snow of Africa

Jalial Whitted, who was shot by police outside the Absecon Dollar General in May, appears in Atlantic County Superior Court on Friday in Mays Landing.