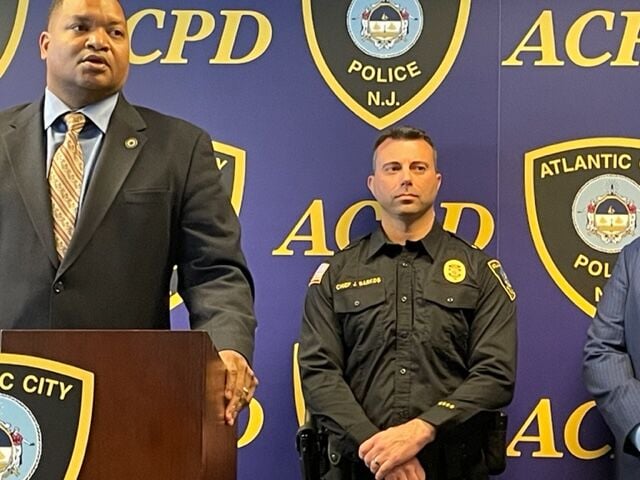 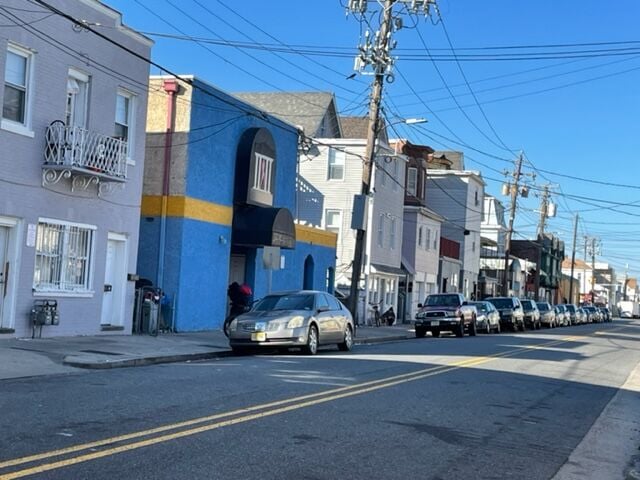 ATLANTIC CITY — A months-long investigation led to 16 people being arrested last Monday and 39,000 doses of heroin mixed with fentanyl taken off the streets, law enforcement officials said during a Tuesday news conference.

The effort by city, county and federal agencies targeted the distribution and possession of drugs and weapons on South Florida Avenue in Atlantic City and elsewhere in Atlantic County, police Chief James Sarkos said.

The block of Florida Avenue targeted is just a block from Jim Whelan Boardwalk Hall and a few blocks from the Public Safety Building. It is the second block in from the beach.

“Over the last several months Mayor (Marty) Small and I had several conversations regarding the condition of Florida Avenue and the concerns brought to our attention by area businesses and residents,” Sarkos said. “I assured the mayor we had a plan in place, and today is the culmination of that plan.”

Twin brothers Joseph and Justin Suarez, both 37 and lifelong Atlantic City residents, led the drug ring, Sarkos said. They used a series of stash locations and street-level dealers to distribute cocaine, fentanyl and heroin in the city, authorities said.

ATLANTIC CITY — Police charged five men, one of whom was found carrying a loaded gun, with d…

All but one of the suspects are being held at the Atlantic County jail, authorities said.

“It started with the public,” said Atlantic County Prosecutor William Reynolds of citizens’ complaints that drew law enforcement’s attention to Florida Avenue. “Without the cooperation and collaboration of citizens ... making us aware of what was going on ... it wouldn’t have happened.”

The heroin/fentanyl mix, known as “Bad Bunny,” is believed to have caused at least 25 overdoses and eight deaths, according to the State Police Drug Monitoring Initiative.

Search warrants were executed Nov. 14 at 10 residential addresses in the area of Florida Avenue in the city and in other areas of the county, authorities said.

About 65 law enforcement officers were involved in the bust, Reynolds said.

Reynolds, Sarkos and other law enforcement leaders followed the busts via cameras at the Public Safety Building, Reynolds said.

“We all appeared here at 4 a.m.,” Reynolds said, and watched the action unfold on big screens.

“I have more respect than I ever imagined for people doing this for a living, day in and day out,” Reynolds said of officers Atlantic City police Detective Christopher Dodson, 33, who spent thousands of hours watching the block and figuring out how the group operated.

The effort was called “Operation Florida Keys” because it was focused on Florida Avenue and “when we started doing surveillance, it seemed like they had keys to every single residence on the street,” said Lt. Daniel Corcoran of the ACPD’s Special Investigations Unit.

Corcoran said the block has many apartments and rooming houses, “and on that block dealers implanted underlings in many of those.”

“On Florida Avenue, there are very good people living there who got caught in the midst of this,” Sarkos said.

Corcoran said six separate addresses in one small block were targeted in the bust.

Officials said they believe those arrested were a dominant source of illegal drugs in the city and county, and law enforcement will continue reaching out to people with substance abuse issues to get them into treatment.

“Our new police chief is going to be aggressive, making sure Atlantic City is clean and safe,” Small said. “This is a warning to the rest of the city ... you are being watched.”

Two Galloway Township men were arrested Thursday as part of a weeks-long investigation by the Atlantic County Prosecutor’s Office.