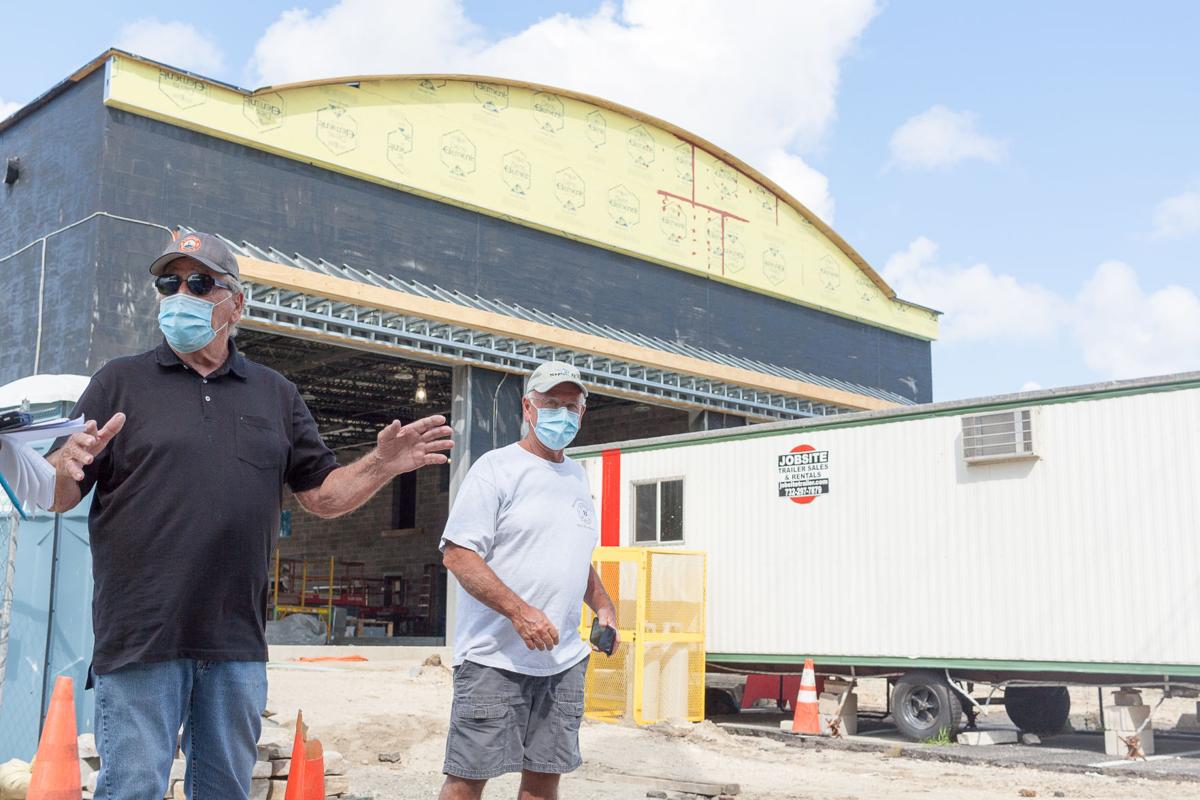 From the left, Fire official Edward Vincent, left, and Fire Chief Roy Talley in front of the firehouse construction site at 544 New Jersey Ave. in Absecon on Wednesday, July 8, 2020. (Jodee Clifford/For The Press) 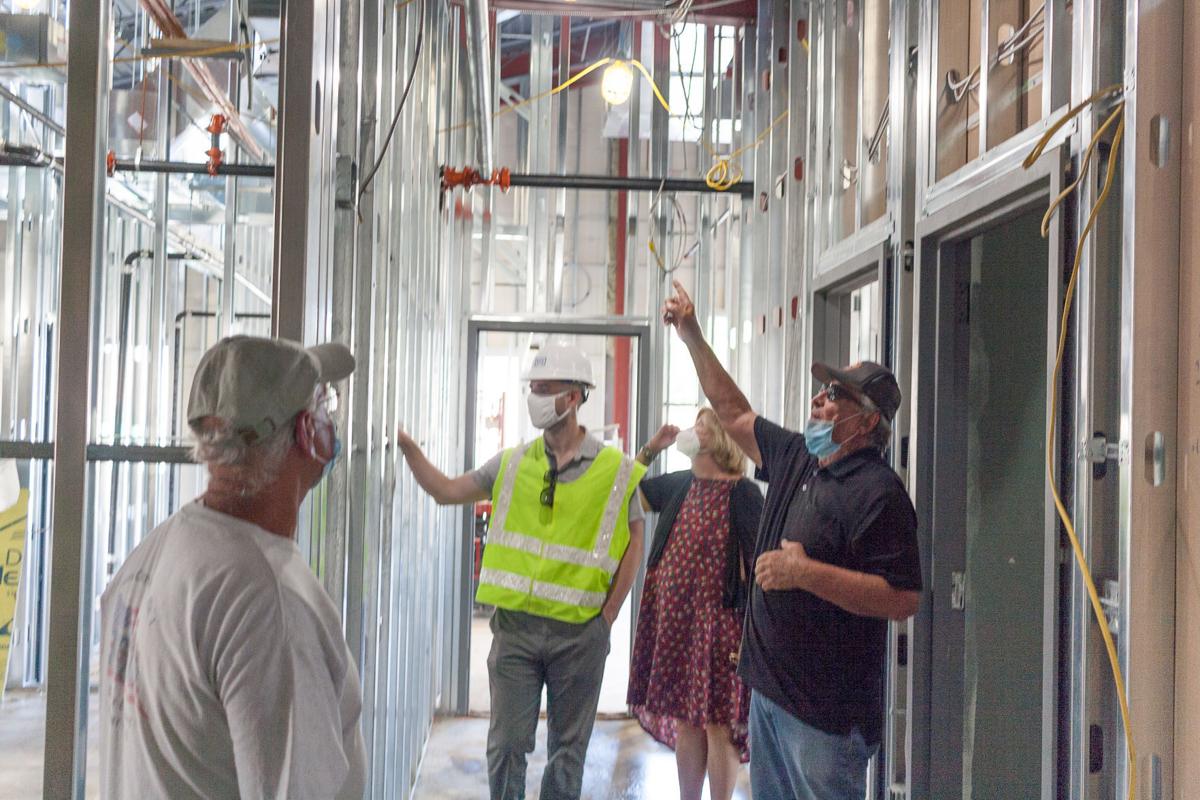 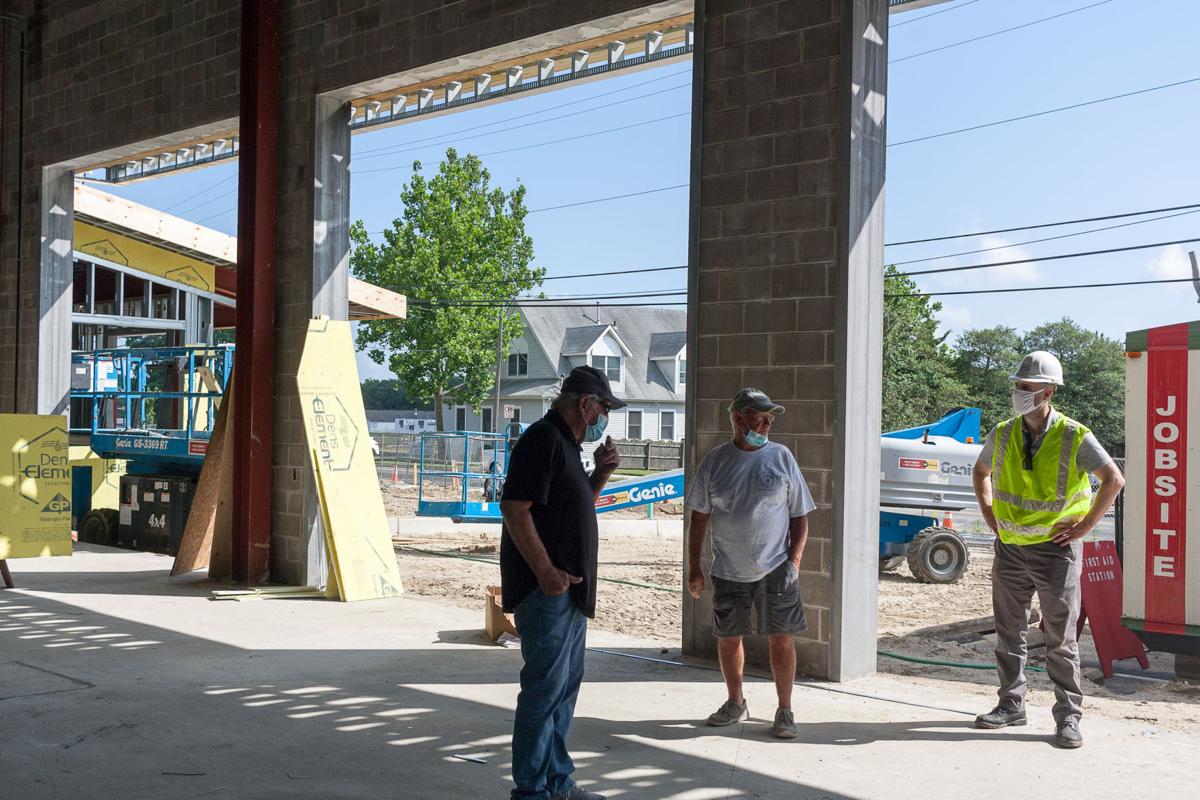 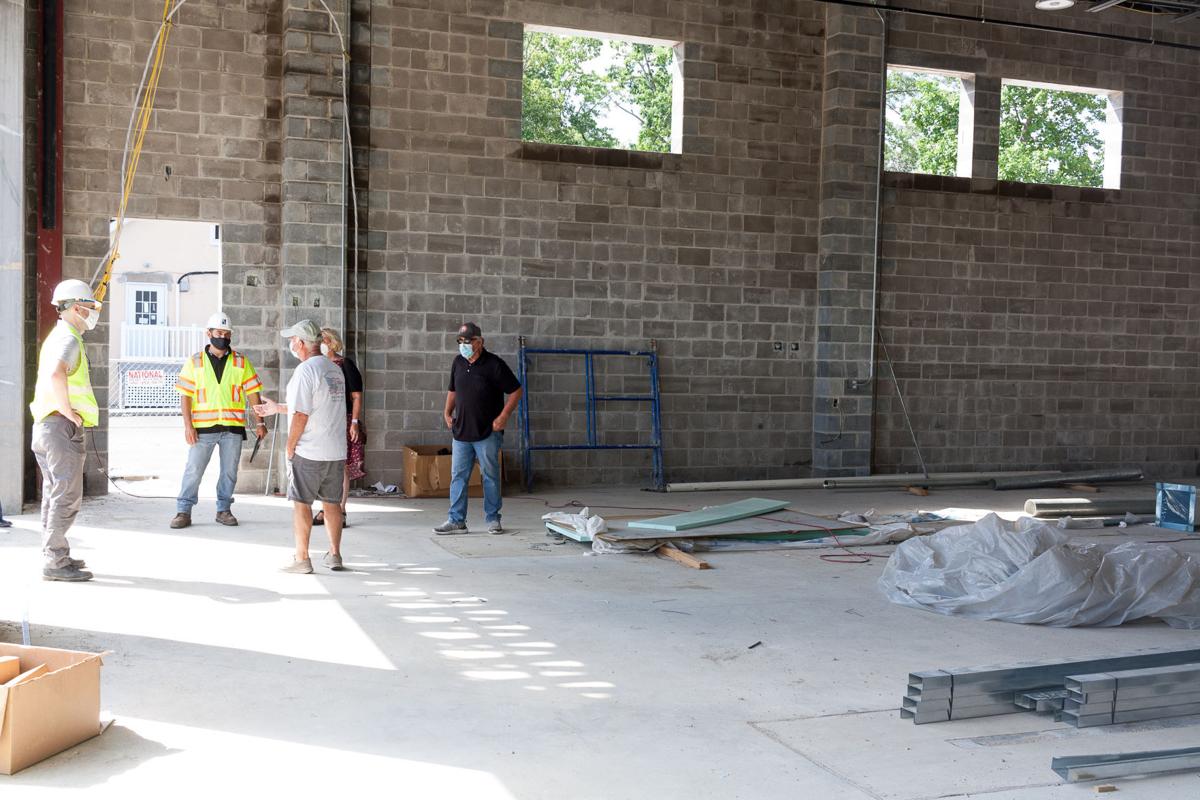 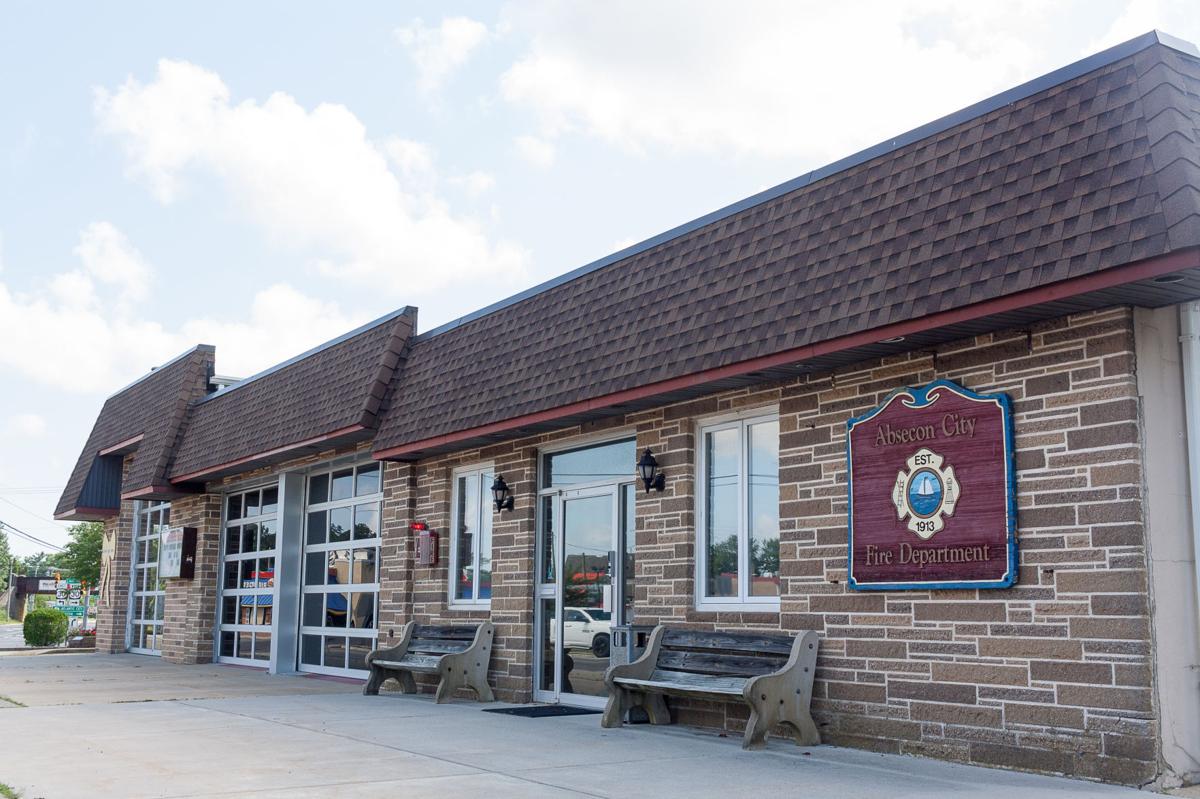 The current Absecon firehouse, which could be demolished by the end of 2020, on Wednesday, July 8, 2020. (Jodee Clifford / For The Press)

ABSECON — Residents will see the end results of the beginning of a redevelopment effort at the White Horse Pike, New Jersey Avenue and Route 9 in about three months.

A new $5.9 million firehouse should be ready for operation in October. The facility will replace the current 63-year-old firehouse and is being built across from City Hall, near Mill Road and New Jersey Avenue and the American Legion building.

The new firehouse is a major step in a long-needed redevelopment project city officials hope will increase the city’s ratable base. The construction opens several properties up for redevelopment.

Firefighters built the old firehouse themselves in 1957. Not so this time, but current firefighters such as Chief Roy Talley, former Chief and current Fire Official Edward Vincent and others were involved with the design of the new facility, said Edward Dennis Jr., the city engineer, the firehouse’s lead designer and a principal with Remington & Vernick Engineers.

“Although they did not physically build this building themselves, they were intimately involved in the design of it. They are here almost every day,” Dennis said. “It’s priceless to have these guys involved from soup to nuts from beginning to end. You don’t get that on every job. ... You don’t have this level of engagement all the time.”

The new firehouse will have bigger doors and higher ceilings for proper clearances for the newer firetrucks, as well as a more modern heating and cooling system, Dennis said.

It will be able to house all of the city’s fire equipment, and nothing will be sitting outside, unlike the current situation, Talley said.

“Our firetrucks can barely fit into the (old) firehouse,” Talley said. “Safety-wise, this will be 100% more efficient than the old place. We will be able to decontaminate firefighters when they come back in without having to walk into what we call a living area.”

A fitness room will be built into the new firehouse and is expected to help with recruitment, which is important because it is a volunteer fire department, Dennis said.

The firehouse can also be powered 100% by a backup generator.

Mayor Kim Horton said the new firehouse will address the 21st century needs of the community.

“I want to make sure our volunteer firemen are in something that is safe and that they have everything that they need, and council felt the same way. We’re thrilled,” Horton said.

The building was built to look toward the future, Dennis said. For instance, there is space set aside in the building for future bunk areas, he said.

“Once you recruit people, you want to retain them. When they come into a new building, they will say, ‘I want to stay,’” Vincent said.

The firehouse is just the first step in multiple developments in that section of the city.

Gov. Phil Murphy announced Wednesday that parents or legal guardians will be allowed to visi…

The city wanted to put to use the 6.6 acres of the field, which is behind the old firehouse and parallel with the pike and New Jersey Avenue and has been dormant for about 20 years.

Absecon Urban Renewal has proposed building a Royal Farms convenience store on the 2 acres where the current firehouse is.

A bank owns Memorial Field, but the city is selling the land of the old firehouse to the developer for $1.7 million and is using that money toward the cost of the new firehouse.

The construction of the new firehouse is phase one of development. The demolition of the old firehouse will be a part of phase two, which is scheduled to take place before the calendar year ends, Dennis said.

“The redeveloper is trying to work as quickly as he can to get tenants onto this site to bring the project to fruition,” Dennis said. “They are in negotiations to market other areas of the site. They have plans to build out the entire site.”

Absecon firehouse completion on horizon: A new $5.9 million firehouse should be ready for operation in October. The new facility will replace …

Parents allowed to opt out of in-person education in fall, 'high-risk' sports to resume

City officials in Absecon are calling for bids for the construction of a new firehouse. Bid forms, contracts and specifications will be availa…

A.C. man pleads guilty to a weapons charge in connection with the fatal shooting of boy, 10

From the left, Fire official Edward Vincent, left, and Fire Chief Roy Talley in front of the firehouse construction site at 544 New Jersey Ave. in Absecon on Wednesday, July 8, 2020. (Jodee Clifford/For The Press)

The current Absecon firehouse, which could be demolished by the end of 2020, on Wednesday, July 8, 2020. (Jodee Clifford / For The Press)