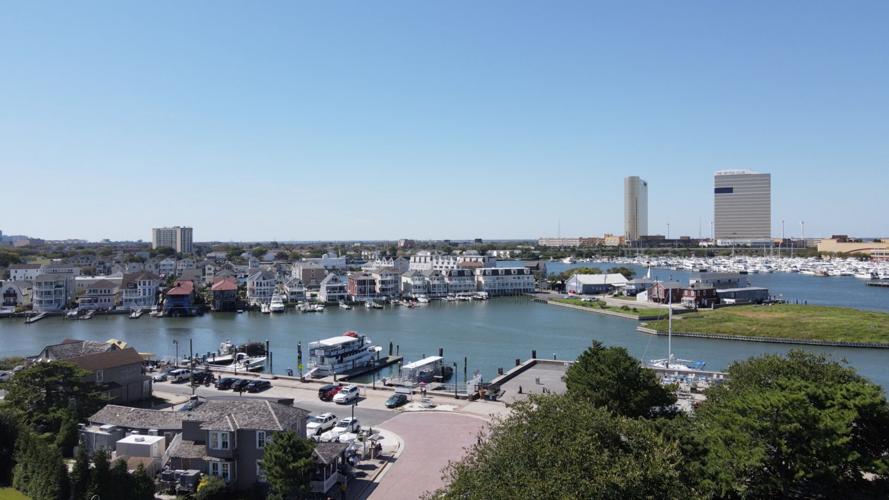 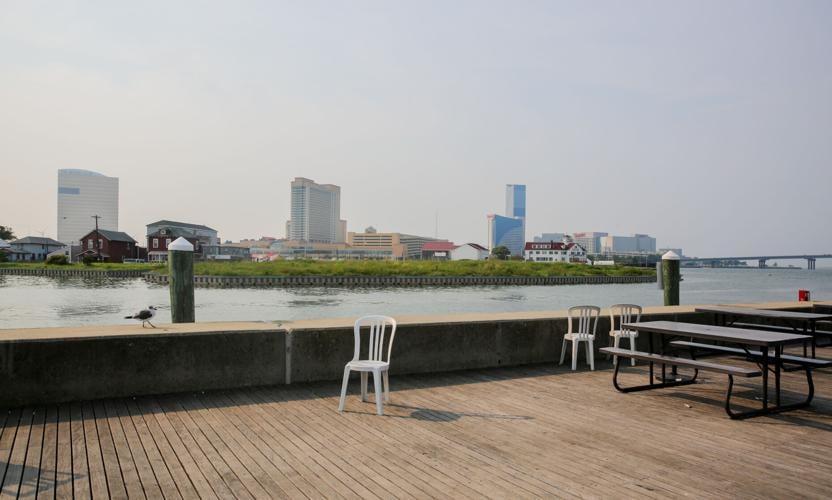 ATLANTIC CITY — A request for dredging Gardner’s Basin two years ago has grown into a proposal for an innovative coastal research and resiliency center that would position Stockton University and the city as leaders in the study of climate change.

It would also serve as an incubator for jobs and education in the growing “blue economy,” from commercial fishing to offshore wind and even the city’s staple, tourism and travel.

Stockton University announced its plans Monday to pursue a Coastal Resiliency Institute and Marine Field Station at Gardner’s Basin based on a feasibility study the college commissioned this summer on the project.

University President Harvey Kesselman said the study, which he commissioned in July, is being reviewed by stakeholders and that next steps, including the formation of task forces, are progressing.

No financing has been secured yet, and there is no exact timeline for the proposal, although Kesselman said Monday he wants to see a presence on the site no later than fall 2024.

He also is actively talking with lawmakers, who are receptive to the project, as well as prospective partners. He wants Stockton to lead a broad coalition of stakeholders among government, industry and other universities.

“It would be our project, but not ours alone,” Kesselman said. And it’s not just public and private institutions. “This is a global issue and no one entity can approach this by itself.”

Among some of the prospective university partners, Kesselman included nearby Atlantic Cape Community College, Rutgers University and Louisiana’s Tulane University, which has worked closely with New Orleans on coastal resiliency since Hurricane Katrina, and could be a model, he said.

Located on the northern edge of Absecon Island, Gardner’s Basin has often been described as an undiscovered jewel of the city, with its waterfront restaurants, skyline views and waterways, next to one of the state’s largest commercial fishing ports, all buffered by residential housing.

In an interview Monday, Kesselman described the project as one that would benefit many of the city’s industries, from commercial fishing, to tourism to wind energy, while also advancing the study of sea level rise.

A linchpin in the project would be the need to dredge the inlet and nearby waterways to allow for larger vessels. A $1 million Green Acres grant announced in November 2019 that included some dredging focused on clearing stormwater lines, not deepening channels.

“Nothing happens until they dredge Gardner’s Basin,” said Kesselman, who sees the dredging as an opportunity also to attract ferry service from New York.

That’s a project that would have to be undertaken by the U.S. Army Corps of Engineers. It was also an impetus that first gave the project momentum in 2019, said former state Sen. William Gormley.

That’s when local fishermen were introduced to Gormley and asked for help getting the waterways dredged.

Atlantic City is one of the largest commercial fishing ports in the state; some 24 million pounds of fish were landed in 2019, according to the National Oceanic and Atmospheric Administration. But the lack of deep water was keeping the city’s commercial port from expanding and adding local jobs, the fishermen said.

Gormley, whose reputation as a dealmaker is still well-earned, introduced the fishermen to Kesselman, who was already eyeing the concept of establishing a coastal research center out of Atlantic City.

Gormley said “stacking” the fishing industry with the university, and adding a growing offshore wind presence in the city can only strengthen the case to dredge deeper channels in the basin.

He also made other introductions or suggestions, including the inclusion of ACDEVCO, the nonprofit redevelopment company that developed the first phase of Stockton’s Atlantic City campus.

ACDEVCO’s President and CEO Chris Paladino was a participant in the feasibility study, as were other potential partners, from the county to the Atlantic County Utilities Authority.

“For years, everyone has had a dream about Gardner’s Basin, but it’s never been fulfilled,” Gormley said. “Is it going to take a lot of work? Absolutely. But this is a port on the coast of New Jersey that would be dedicated to resiliency. It seems to have an upside if it all comes together.”

An early study funded by the state’s economic development authority looked at developing the research center and field station on Bader Field, but that project was not viable because the city’s plans for Bader Field do not include educational or research uses.

Gormley and fellow Atlantic City attorney Lee Levine put up $10,000 each for Stockton to study the Gardner’s Basin site.

ACUA President Rick Dovey said the idea for a coastal institute has been around for some time, as well as the idea that Gardner’s Basin’s untapped potential could be maximized.

And the proposed center is being touted at the right time, as increasingly governments are focused on addressing climate change.

“There will be a significant amount of federal funded program and budget deals over the next couple of months,” Dovey said.

For a precedent on the level of interest, one would have to go back to the 1960s and 1970s when the Clean Water Act was passed.

“There’s going to be federal funding or indirect funding through states. Foundations like the William Penn Foundation are all interested in working toward resiliency, climate change mitigation, preparation,” Dovey said.

While costs for the project have not been established, the feasibility study does outline the scope of the proposed center and field station, which would include two 35-seat classrooms, laboratories, office space, a kitchen and catering area as well as docks for research vessels. The facility would be large enough to handle 25 graduate students and 100-200 undergrads. 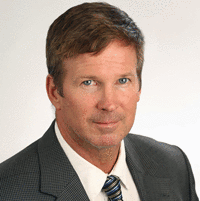 It's great to forecast for you in N.J., where I was born and raised. I earned my degree from Rutgers and have been at The Press since Fall 2017. I'm honored to be a 10 time N.J. Press Association award winner and a Certified Broadcast Meteorologist.

Weather: Fall dominates the rest of the week, as rain waits until weekend

With a powerful cold front behind us, the coolest airmass of the young fall season will be here for the rest of the week. Expect a good amount of sun, warm days and nights where you'll want the jacket. Rain will next arrive on Sunday.

Rutgers professors say they were shortchanged in salary equity adjustments, especially those who work in Camden

Lisa Zeidner, an English professor at Rutgers-Camden for 42 years, said she has earned close to 30% less than her male counterparts from the t…

Report: Offshore wind supply chain worth $109B over 10 years

ATLANTIC CITY — A group studying the economics of offshore wind energy in the U.S. says building and operating the nascent industry will be wo…

Stockton University will receive $500,000 from the federal budget to support coastal resiliency projects and education.