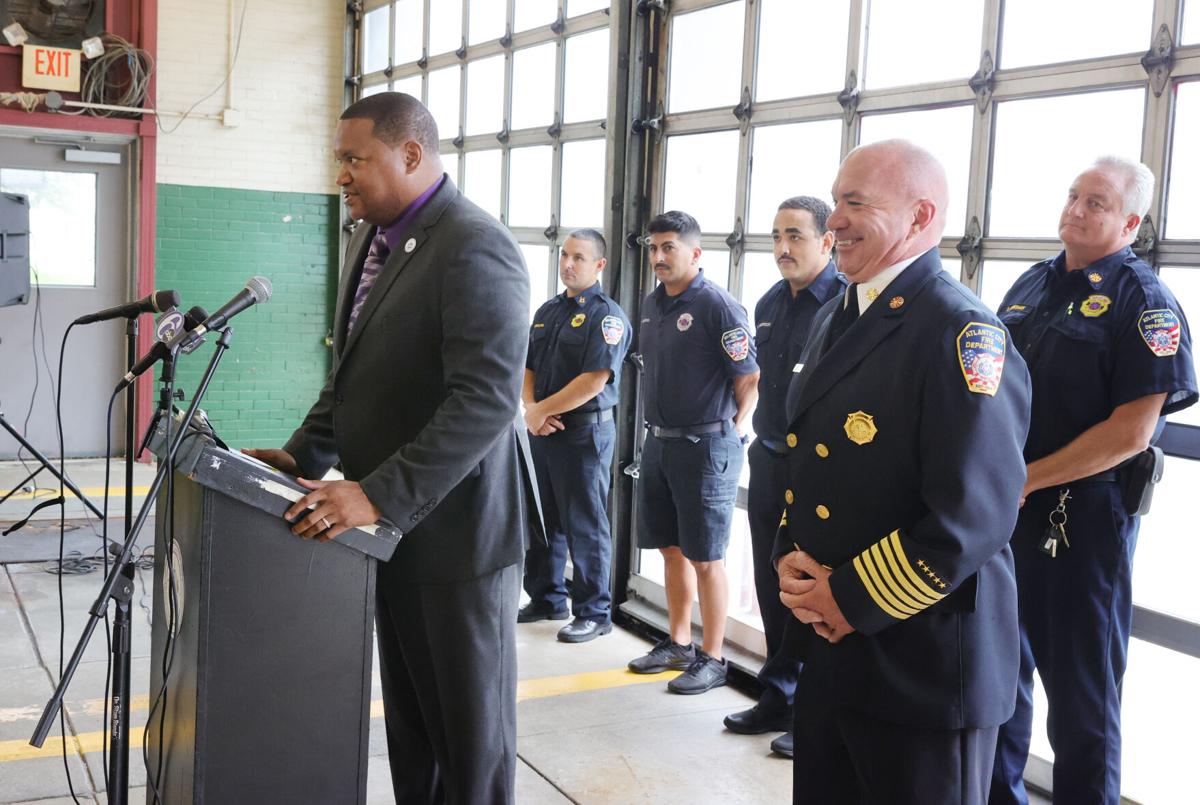 Atlantic City Mayor Marty Small Sr. speaks Tuesday at Fire House No. 2, which has received a $750,000 grant from the New Jersey Historical Commission for renovations. 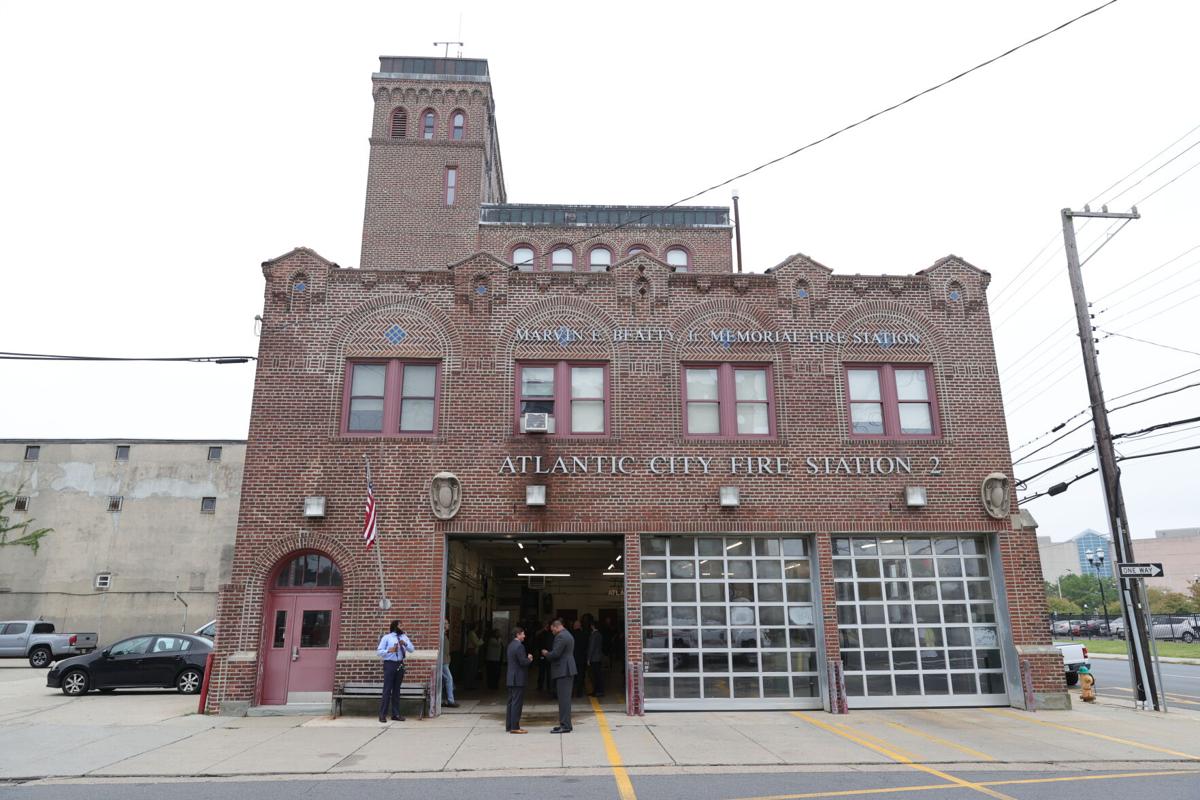 Fire House No. 2 at Indiana and Baltic avenues will turn 100 years old next year.

ATLANTIC CITY — Fire House No. 2 turns 100 next year, and as it reaches that milestone it will also get a complete exterior renovation designed to keep it in service another century.

“With this grant, the city and state of New Jersey are putting their money where their mouths are,” said Mayor Marty Small Sr. at a news conference Tuesday to announce $750,000 in grant funding from the New Jersey Historic Trust.

Small said it is the largest grant possible from the commission.

The city will match the money to cover the total cost of $1.5 million for a new roof, windows, caulking, structural repairs and waterproofing to the building in the historically Black Northside community.

“We will continue to put our foot on the gas,” Small said, to get more grants to renovate the interior as well, and to rehab other firehouses in the city.

The brick building at Indiana and Baltic avenues opened in a time of horse-drawn fire wagons. The former barn is now used to store firefighter gear.

One in a series of interviews with candidates in the Nov. 2 general election, based on edito…

It has been patched and repaired over the years, but water infiltration has done its damage, fire Chief Scott Evans said.

“This station means a lot to the city,” Evans said. “It’s in the center of town.”

“This is one of the busiest stations,” said Firefighter Kenneth Tolbert, a 17-year veteran of the department, who works in another, older firehouse in the city but is happy Fire House No. 2 is getting renovated. “The guys here get pounded,” he said of the volume of calls.

The city’s designation of the North Side Institutional Historic District (it was recently accepted onto the National Register of Historic Places), and the creation of a city historical commission two years ago, made the grant possible, said city Grants Administrator Jim Rutala, who wrote the grant.

“Then I came back as a battalion chief 25 years later when we had a drill school here,” Ireland said. “I’m glad to be part of the first (historic) grant and commission.”

Chairperson Carol Ruffu said there is some empty land in the district, and the district designation means it must be developed with the historic character of the area in mind.

“It needs to be developed with the feeling of older buildings, in newer ways,” Ruffu said.

Winn Development, which owns three other historic buildings in the district — Schoolhouse Apartments, the Disston and Sencit Liberty Apartments — did a lot of the work to get the district designation finalized, Rutala said.

Winn recently renovated those three buildings, so the firehouse will be the fourth in the district to undergo a renovation, Rutala said.

The city has been trying to find a way to renovate several older firehouses for years, Evans said.

“We have four firehouses 100 years old or older,” Evans said. “This was the first to get a historic grant.”

EGG HARBOR TOWNSHIP — “Who is able to make an electric car the way that Tesla does? No one,”…

Evans said the city just spent almost $1 million to replace the roof at Station No. 4 at California and Atlantic avenues, one of the other older buildings.

The city also is working to establish a Ducktown historic district, and Ruffu said she believes the Chelsea neighborhood would qualify as well.

In addition, the state is about to embark on a Historic Tax Credits program later this year, which would give tax incentives to developers to renovate other buildings in the city, Rutala said.

Across from Fire House No. 2 is the empty hulk of a historic building, the former Indiana Avenue School.

“In Philadelphia that would already be renovated for apartments,” Rutala said. “We have to keep the momentum going.”

Atlantic City officials talk about the firehouse grant in a video at PressofAC.com.

ATLANTIC CITY — The city will use $300,000 in Community Development Block Grant money to help its smallest businesses survive the COVID-19 pan…

Atlantic City Mayor Marty Small Sr. speaks Tuesday at Fire House No. 2, which has received a $750,000 grant from the New Jersey Historical Commission for renovations.

Fire House No. 2 at Indiana and Baltic avenues will turn 100 years old next year.