Developer Bart Blatstein has borrowed more than $22 million against one of the buildings in his Showboat hotel complex in Atlantic City, as he awaits a hoped-for bigger cash infusion from the sale of tax-exempt bonds to build a waterpark at the site.

Blatstein got his $22.1 million loan from WSFS Bank in September after carving up the oceanfront property to make the Premier Lite tower about a block northeast of the Boardwalk near Oriental Avenue into its own separate parcel, property records show. Ownership of the tower parcel was then transferred from Blatstein’s Showboat Renaissance LLC to a new company under his control, Premier Lite Tower LP, records show.

Blatstein has said the Premier Lite building will be completely renovated as part of a plan to build a 103,000-square-foot waterpark with a retractable roof as an attachment to the tower. The Philadelphia-based developer has said the waterpark would draw families to Atlantic City, now mostly a gambling destination.

Late last year, the Casino Reinvestment Development Authority designated the project as an entertainment retail district, making him eligible for rebates of up to $2.5 million a year from sales taxes at the site for 20 years.

In March, the quasi-governmental Atlantic County Improvement Authority voted to issue $97 million in tax-exempt bonds to finance the project, agreeing with Blatstein that the waterpark would give the area an economic boost.

Tax-exempt bonds can let developers like Blatstein borrow money more cheaply than many other ways because the investors who buy them are often willing to accept lower returns in the form of interest payments.

Those returns are exempt from federal taxes, and, for investors in the state where they are issued, from state and local taxes as well. That makes them especially attractive to investors in high-tax states like New Jersey.

Public and semi-public agencies like the ACIA are responsible for approving and issuing the bonds, but it usually falls to private financial institutions to underwrite and market that debt to investors.

Janney Montgomery Scott was given that job after the bonds were first approved, but the ACIA took up the project again in July to instead put Citigroup in charge of underwriting.

A Citigroup spokesperson declined to comment on the bonds. Blatstein, ACIA Executive Director John Lamey and WSFS did not respond to messages seeking comment.

Blatstein’s team, led by Lakewood Ranch, Florida-based Community Initiatives Development Corp., said in its application to the ACIA for the bonds that the project’s construction costs will be funded with private capital “if the issuance of the bonds cannot be completed for any reason.”

Blatstein purchased the 1,331 guest-room Showboat complex for $23 million from Stockton University, which had planned to turn it into a residential Atlantic City campus, in a deal that concluded in 2016. He has since added to the site’s footprint by buying adjacent properties.

He previously said he hoped to build a gambling annex to the Showboat’s former casino building along the Boardwalk, since a deed restriction on the existing tower prohibits gambling there. He was granted preliminary approvals for a casino license in March 2019.

Blatstein says he takes his time for "transformational redevelopment"

ATLANTIC CITY — Bart Blatstein, the owner of the Showboat hotel and other sites in the resort, is aware some critics think he is moving too sl…

Showboat rooms to be converted to studio apartments

ATLANTIC CITY — More than 300 hotel rooms on the Boardwalk will be converted into studio apartments under a proposal from Showboat Renaissance.

VENTNOR — As long as there is a seafood festival on Absecon Island, Francis Juliano III said he will be there.

Michael Hayes, 44, was charged with attempted murder, conspiracy to commit murder, robbery, unlawful possession of a handgun by a person with …

Nathan Smalls, CEO and creator of the Black Excellence Festival

Scientists can tell what you eat by analyzing your hair 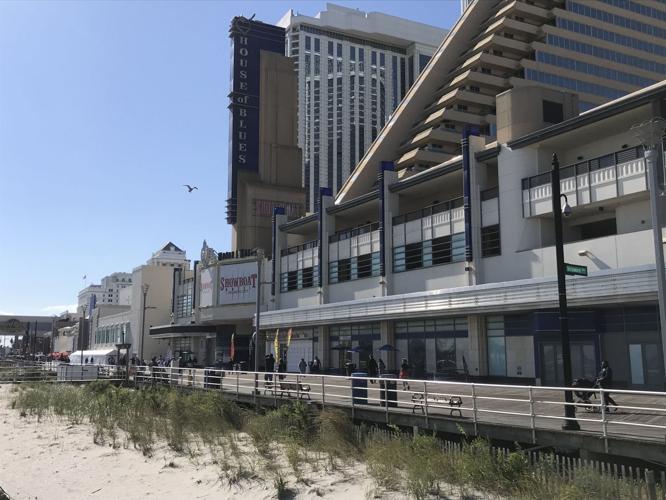 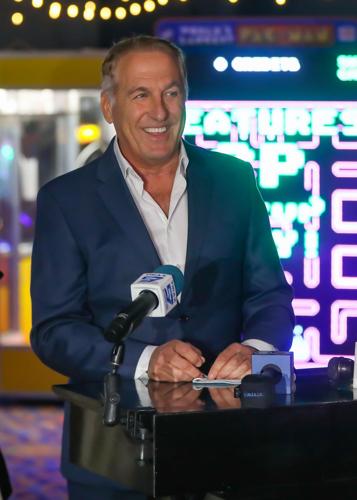