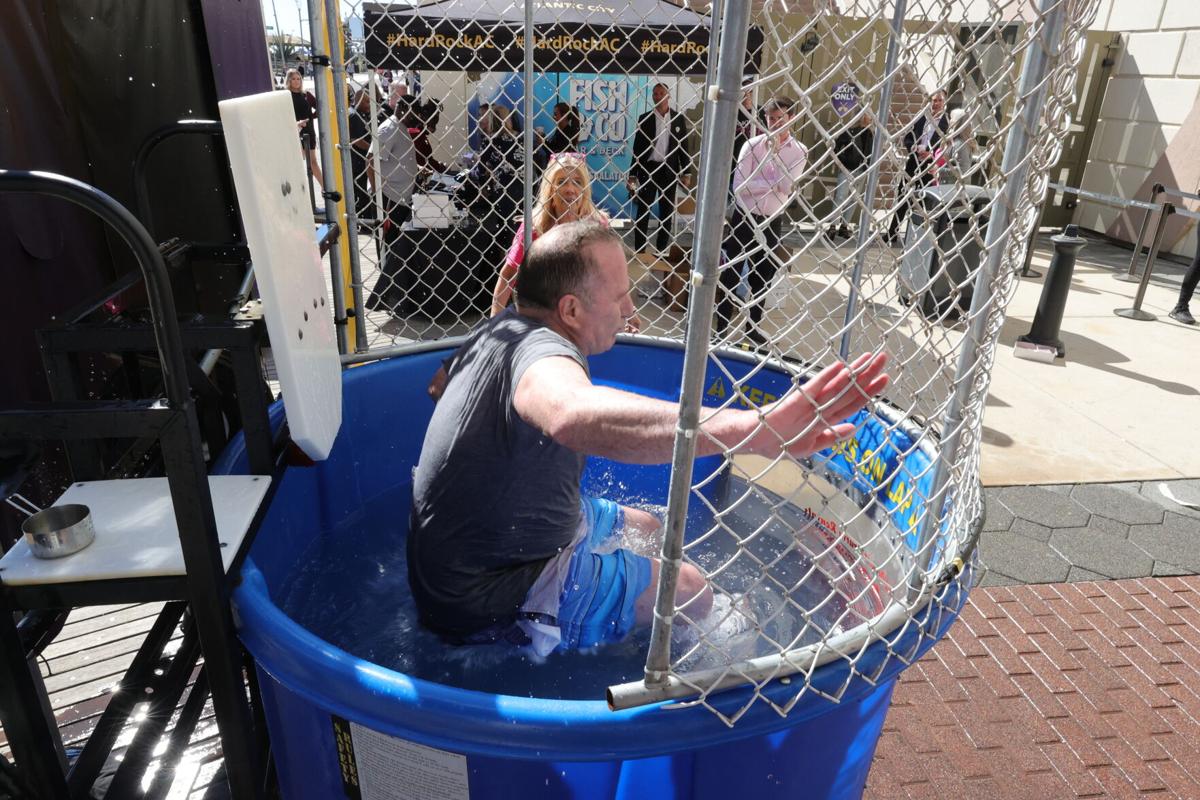 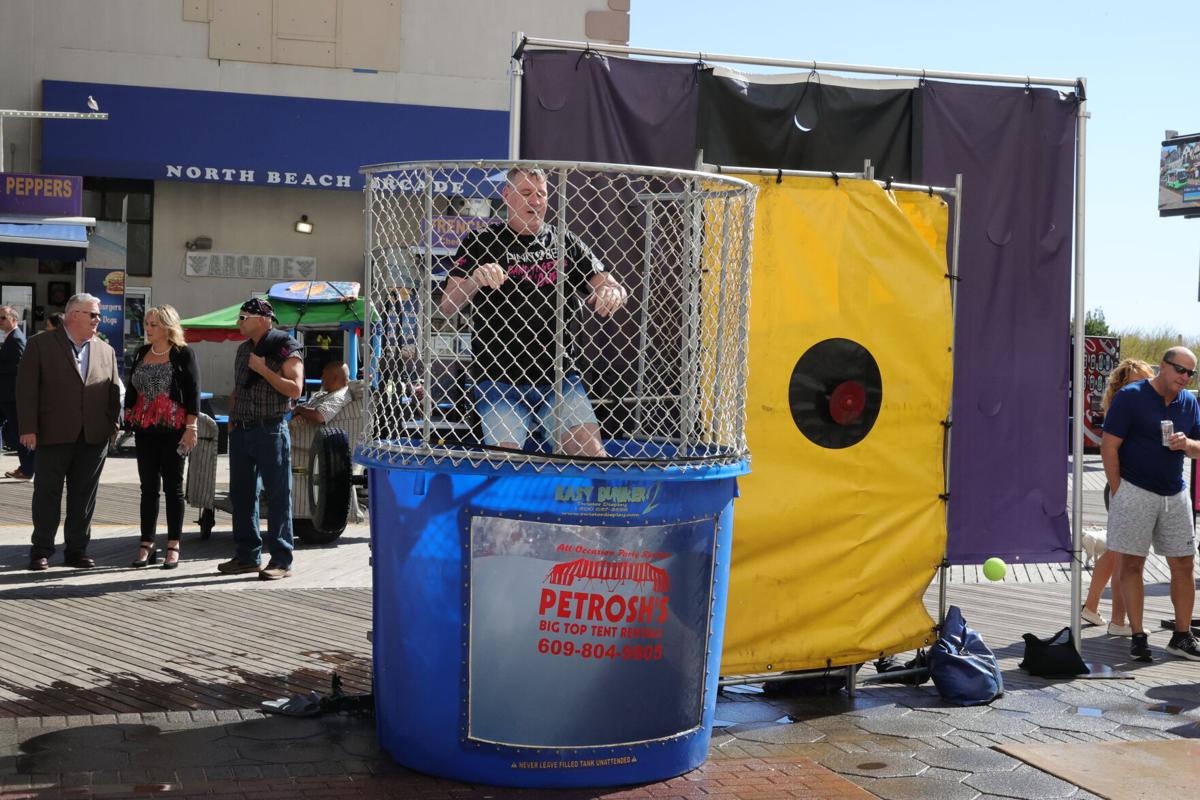 ATLANTIC CITY — It was Mike Woodside’s turn to do the dunking.

The 41-year-old Ocean City resident and vice president of entertainment and marketing at Hard Rock Hotel & Casino Atlantic City took his windup and sent Senior Vice President of Operations Michael Sampson into the cool depths of a dunk tank that was set up outside the casino across from the entrance of Steel Pier.

“Friday was a great way to have this dunk tank out here to create some excitement and awareness for all the events that are happening for the rest of the month,” Woodside said while cheers broke out in the background as a fellow executive took the plunge. “As you can see, our team members are really behind this, so our entire building showed up to show some support for breast cancer awareness and raise the money for American Cancer Society.”

About a dozen Hard Rock executives took their 30-minute turn at the dunk tank Friday to kick off a monthlong Pinktober fundraising campaign. Employees and guests had the opportunity to make donations before aiming a bright green ball toward the red target that would send their favorite executive for a dip.

ASBURY PARK — A group of officials, community leaders and business owners gathered on the ro…

Woodside was the first of the day to get dunked when it was about 62 degrees out in the late morning.

“It was a little cold and in the shade, of course, but we had a great time,” Woodside said. “They were so kind to dump extra ice cubes when I went in. Very thoughtful.”

The fundraiser benefits the American Cancer Society’s Making Strides Against Breast Cancer campaign. Hard Rock trademarked Pinktober in 2008 and has been holding these events at its properties since.

During October, guests can contribute to the cause by purchasing limited-edition services at Rock Spa & Salon, specialty food and beverage items, and Pinktober merchandise at the Hard Rock Store and Rock Shop.

“Hard Rock Atlantic City is honored to support those in need, especially those in our local community,” Property President Joe Lupo said in a news release. Lupo was one of 11 people dunked Friday.

Blizzard warnings issued for states in the northeast

Blizzard warnings issued for states in the northeast

Atlantic City casinos bounce back, up 31% from a year ago

ATLANTIC CITY — Now that the extra unemployment benefits issued during the COVID-19 pandemic have expired, officials in the casino and hospita…

ATLANTIC CITY — The Miss’d America drag queen pageant will celebrate its 30th edition this fall, when it returns to Hard Rock Hotel & Casi…

Hard Rock donates 3,000 meals to those in need in Atlantic City.