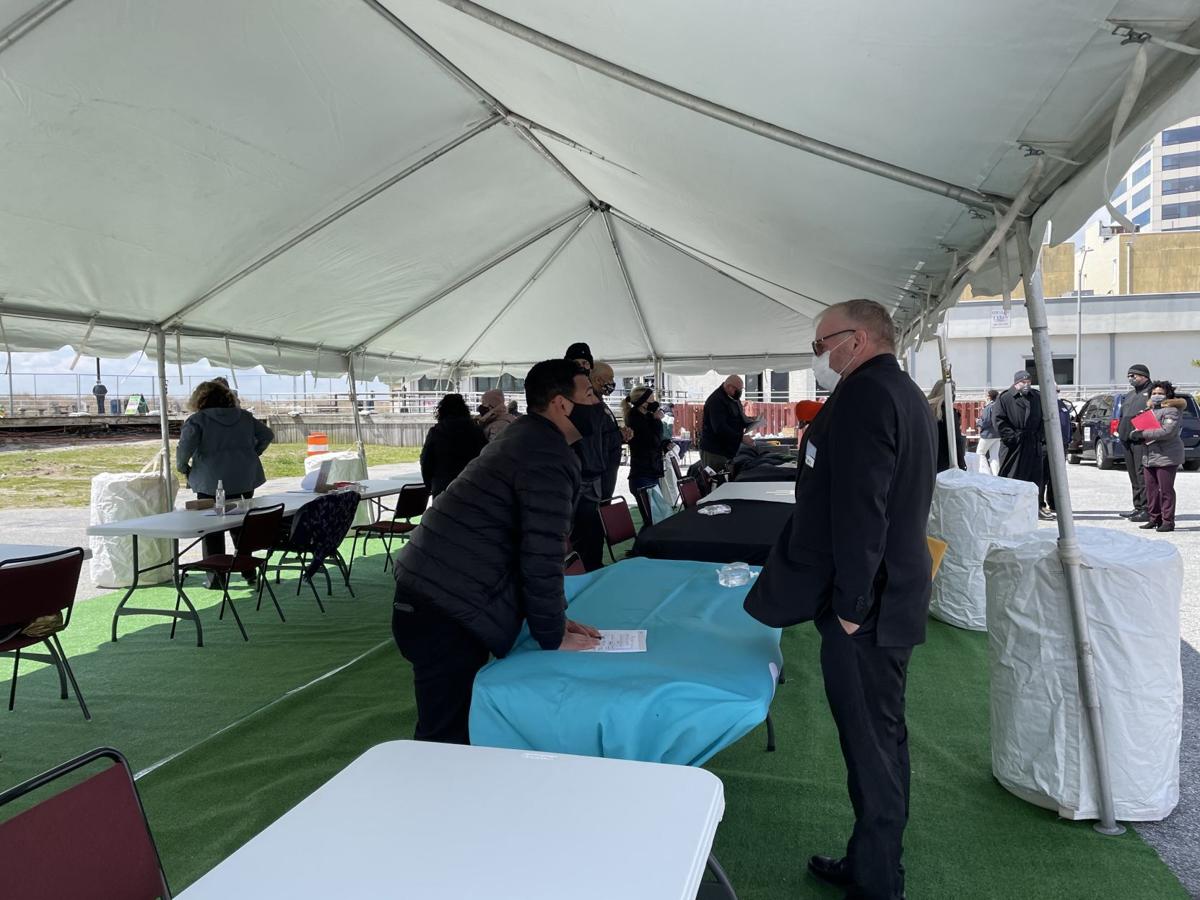 A veteran speaks with casino recruiting agents about open positions and best fit. 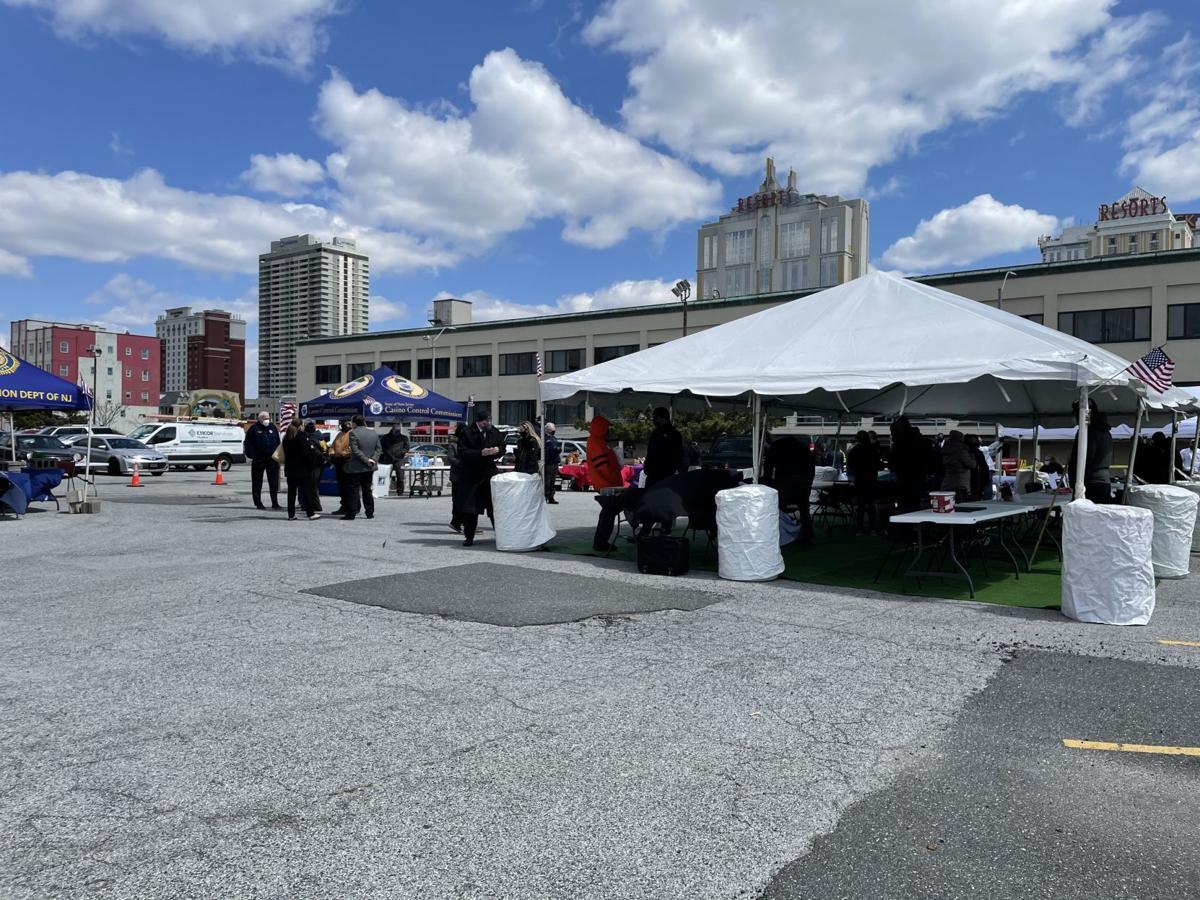 Veterans took part in the job fair despite the cold and strong winds. 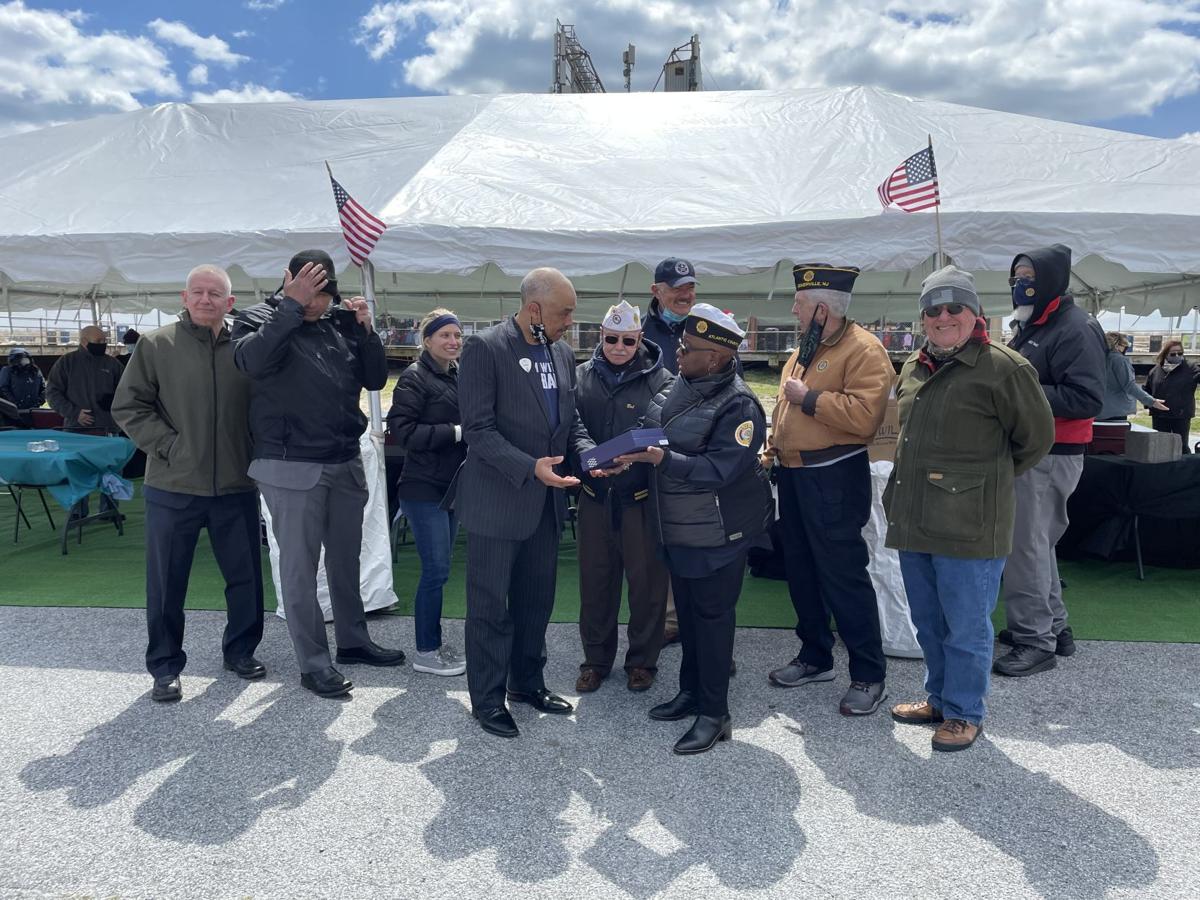 Members of the American Legion gave representatives from each casino a plaque as a thank-you for hosting the job fair.

ATLANTIC CITY — Frank Simpkins said he came to Tennessee Avenue on Thursday looking for a security or cleaning job in any of the city’s casinos.

In collaboration with the American Legion, the state Casino Control Commission held its annual veterans job fair. About 1,800 positions are available in the city’s nine casinos, including housekeeping, bartending and security positions.

Hard Rock Hotel & Casino Atlantic City accounted for more than a third of those jobs, and the casino held its own job fair Tuesday to start filling the positions.

Simpkins, a 60-year-old Barnegat Township resident, worked at Tropicana for 32 years. On March 26, he began a six-month furlough period from Beach Haven Public Works. When he decided to attend the job fair, he quickly noticed how much simpler the application process was.

“(The fair) is big because normally, you go to the employment center and they have a long line (and) you’re there all day,” said Simpkins, who served in the Army Reserve for 24 years. “(When) you come out here, you get the information, you go online and you apply for the job. It’s a lot easier.”

ATLANTIC CITY — The city’s Chelsea neighborhood will get a much-needed facelift, as well as …

Because so many employees were laid off over the past year because of COVID-19 and the regulations intended to mitigate its spread, CCC Chairman James Plousis said getting the word out on the nearly 2,000 jobs available lets people know the casinos are ready to get back in full swing.

“I think it sends the message to everybody in the region that the casinos are back up and running, and they need staff,” the chairman said, “and we have people coming today getting hired.”

“The veterans have dedicated their service to this country,” he said. “It’s the least we can do to give them an opportunity to get gainful employment.”

Each casino had a table set up in the parking lot. Nonprofits, such as OCEAN Inc., which assists low- and moderate-income residents, also had a presence at the event.

Likely due to the cold and high winds Thursday, the crowd was modest at the outdoor fair. Still, veterans steadily trickled into the lot looking for work, with some arriving before it opened at 10 a.m., Plousis said.

According to Bob Looby, chairman of the National Employment Commission for the American Legion, veteran unemployment is about 5% nationwide. Though that number is an improvement from about 12% a few years ago, he said events like job fairs are essential.

“Job fairs have, more or less, gone out of vogue just because there are fewer veterans,” Looby said, “but when people like commission Chairman Jim Plousis come to us and ask to help like he has in the past four years, we say, ‘Of course.’

“It’s very essential because it raises the attention that there are jobs out there for vets.”

Simpkins said public works has been rotating his schedule from six months of work to six months out of work. If he gets a job at one of the casinos, he said his familiarity with the industry may just be enough to have him stick around for a while.

“If I get a job down here, I’ll probably stay down here,” Simpkins said. “I worked for 32 years down here, so it’s no big deal driving down. As long as I got a good working car, I’m good.”

OCEAN CITY — Police will step up patrols along the Boardwalk and downtown after a large group of teenagers on bikes held up traffic last weekend.

CAPE MAY COURT HOUSE — They could not all go in to the meeting of the Cape May County Commissioners on Tuesday afternoon, but opponents of a p…

With a no-increase budget, Cape May pushed to consider room tax hike

CAPE MAY — A public hearing is planned Tuesday on Cape May’s $20.79 million budget, which does not include an increase in the tax rate.

MIDDLE TOWNSHIP — As other Cape May County towns move to block cannabis-related businesses, Middle Township officials may be heading in the op…

A veteran speaks with casino recruiting agents about open positions and best fit.

Veterans took part in the job fair despite the cold and strong winds.

Members of the American Legion gave representatives from each casino a plaque as a thank-you for hosting the job fair.