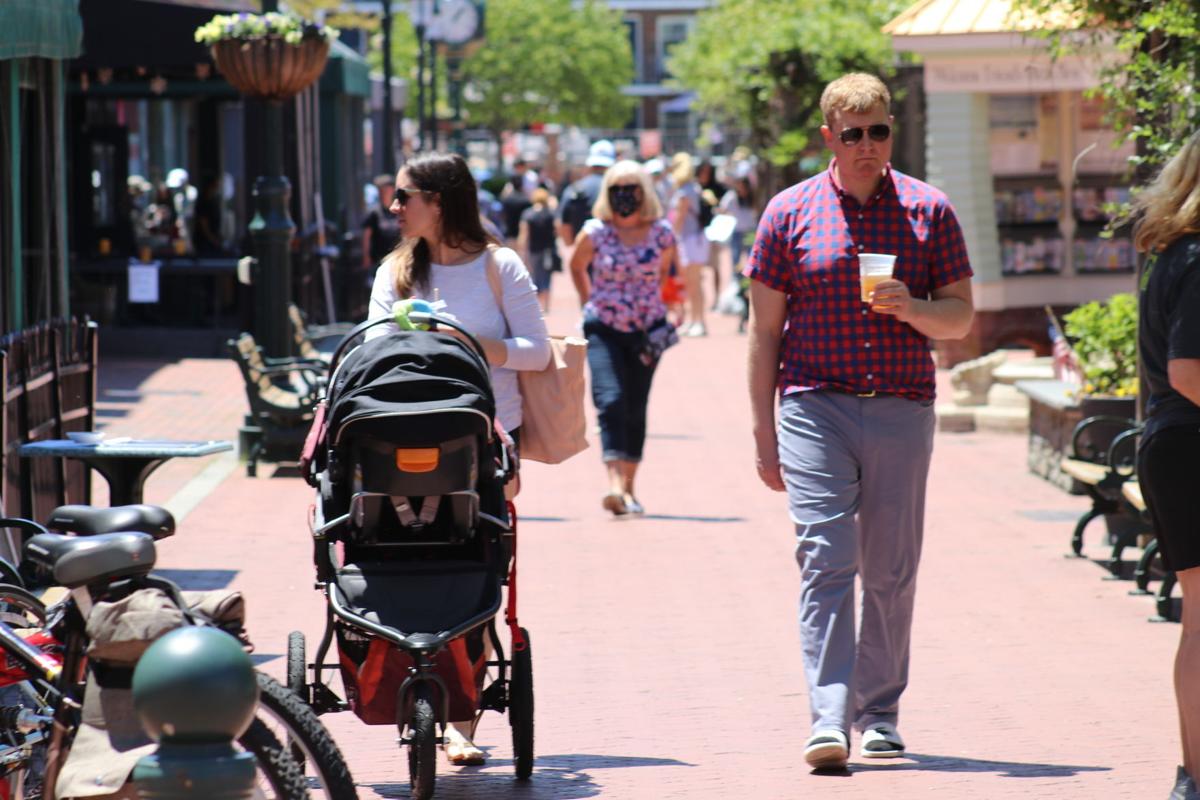 Several people strolling the Washington Street Mall over Memorial Day weekend 2020 enjoy takeout beverages purchased at one of the bars. 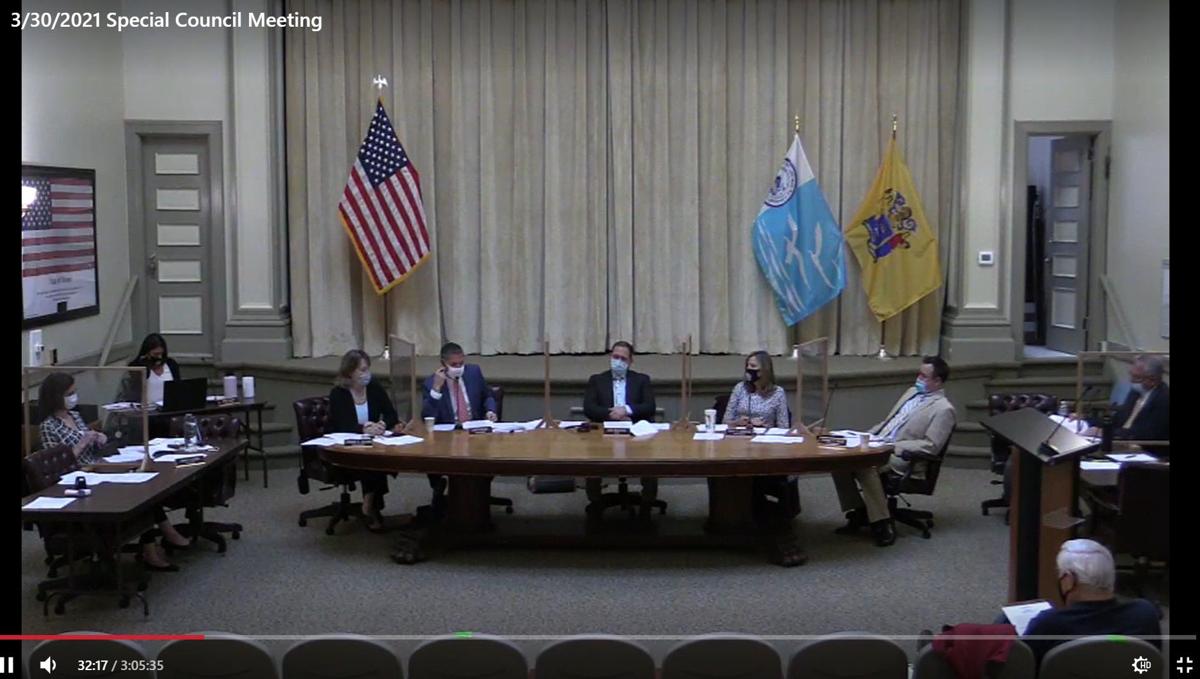 Cape May City Council on Tuesday discussed new limits to open alcohol containers in public, allowed last year because of the pandemic. It will still be allowed this year, but now only within 50 feet of a licensed business.

CAPE MAY — City Council on Tuesday amended rules for the public consumption of alcohol, limiting it to within 50 feet of a business with a liquor license.

Last year, Cape May agreed to allow people to drink in public places as an emergency measure aimed at helping businesses while strict limitations were imposed related to the COVID-19 pandemic. For the first time, visitors could stroll the Washington Street Mall with a cup of beer or legally sip a glass of wine on the Promenade.

The move proved controversial, with some residents arguing it gave the town a party atmosphere, comparing it to Bourbon Street in New Orleans.

The city has wrestled with balancing business interests with concerns from residents. Mayor Zack Mullock described the resolution as a compromise. He said everyone on council cares about businesses even as it tightens the rules on public consumption.

“The resolution that’s on the agenda this evening is the loosest restrictions in the state. That’s a fact. There is not another town that allows this amount of drinking,” Mullock said. “We’re trying to help. That’s what we’re trying to do. Any indication that members don’t care about businesses because they don’t support drinking all over town, that’s inaccurate.”

Councilman Shaine Meier said business owners were hit by a city ordinance banning plastic, and then hit far harder by the pandemic. He did not want to see the city go too far with regulations.

“To hit the brakes so hard on the business owners right before they can start making money in this new season is a punch in the stomach,” he said.

Councilwoman Stacy Sheehan has been a critic of allowing the public consumption of alcohol. She opposed the inclusion of the city’s beachfront Promenade in the new resolution. At the meeting, she suggested the ordinance will give the impression that Cape May is a party city.

“Last year, we weren’t as open as we’re going to be this year,” Sheehan said. She was the lone vote against the resolution, approved 4-1.

“Last year the intent was to loosen some of these guidelines so that businesses could simply survive. This year the focus is to allow these businesses to recover,” saidCouncilman Chris Bezaire, who sought to amend the resolution to allow open containers in certain zones rather than setting a limit of 50 feet. Council went ahead with the original resolution.

Several council members, including Bezaire, said there was no intention for open consumption of alcohol to become a permanent part of Cape May. Once state restrictions allow bars and restaurants back to 100% capacity, the allowance goes away, they said.

What is expected to stay is the expanded opportunities for dining outside, which has proved popular with resort visitors.

“Outside dining is here to stay. It’s the future of Cape May,” said Jim Ridgway, president of the Cape May Chamber of Commerce.

Bezaire argued Cape May did not need to worry about becoming known as a party town.

“I don’t think we have that type of clientele that’s paying $4,000 a week for a rental, $550 a night for a hotel beachfront rental, that is going to be that inconsiderate person,” Bezaire said. There will be exceptions, he said. “But your demographics of the visitors are different.”

Resident Norm Ledwin has been a critic of public drinking but supported the resolution.

“It is a compromise and it brought people together, and that’s really what we ought to be trying to do in this city as well as this country, instead of all of this bickering and so on,” Ledwin said.

Thank you for reading The Press of Atlantic City. Please consider supporting The Press with a subscription.
1 comment

State aid changes, federal funds help some school districts stave off tax increases; others not so much

As the economic fallout of the COVID-19 pandemic continues to unfold across South Jersey, taxpayers in some towns may rejoice not to see any i…

Several people strolling the Washington Street Mall over Memorial Day weekend 2020 enjoy takeout beverages purchased at one of the bars.

Cape May City Council on Tuesday discussed new limits to open alcohol containers in public, allowed last year because of the pandemic. It will still be allowed this year, but now only within 50 feet of a licensed business.