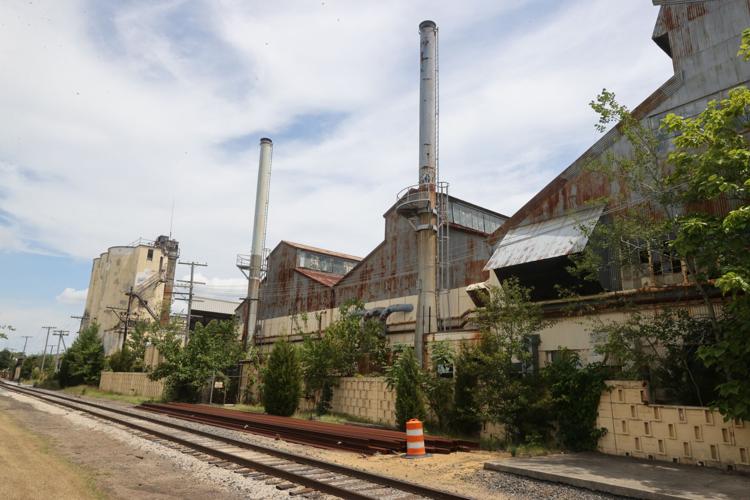 Under an amended redevelopment plan, the former Wheaton Glass Factory in Millville could house certain kinds of cannabis businesses. 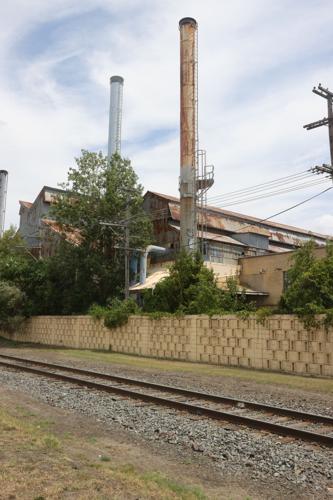 The former Wheaton Glass Factory in Millville opened in 1925 and closed in the early 2000s.

The City Commission agreed on July 19 to amend a redevelopment plan for the decaying factory to include written support for licensed cannabis operations at a proposed set of warehouses at the site.

The move is a part of a years-long process of trying to have one of Millville’s oldest buildings redeveloped to support the local economy.

“The city’s interest is seeing the buildings demolished and seeing the site developed,” Russell said.

Without being written into the redevelopment plan, recreational marijuana businesses, specifically cultivation, wouldn’t be able to operate, should the warehouses be built, though that is the intention of developer Anthony DeSantis, according to the ordinance.

HAMILTON TOWNSHIP — An effort to refurbish the Lake Lenape Dam is getting a $4.6 million lif…

“When there’s a redevelopment plan, that supersedes the local zone,” Russell said. “That is why it was necessary to amend the zone to clarify that cannabis is a permitted use.”

City Administrator Ray Compari said he is excited to see what happens at the site.

“What industry ultimately grow out of that location we’re certainly happy with, as long as it provides employment for local residents,” Compari said.

Having recreational marijuana businesses at the site was not written into the redevelopment plan in 2020 since the plan was approved before Gov. Phil Murphy signed legal cannabis products into law on Feb. 22, 2021, the ordinance says.

Now that it has been adopted, the ordinance will be directed to the city’s Planning Board, which will review the amendment and determine whether the change would be consistent with the city’s master plan, the ordinance says.

A hearing by the Planning Board for the amendment has not yet been scheduled.

Some license applicants have already shown interest in the site, Russell said.

The steps are the latest in a lengthy effort to have DeSantis, a New York developer and member of the DeSantis Group, redevelop the site.

DeSantis sought to acquire the factory’s lot after buying an adjacent warehouse run by Gerresheimer Glass Inc., which also operates a plant in Vineland, Russell said.

On April 4, 2017, the city passed an ordinance declaring the entire municipality an area in need of redevelopment, clearing a path for the demolition or rehabilitation of eyesore properties such as the glass factory.

The latest effort to redevelop the factory hasn’t gone without legal battles. The Glass Group International, or GGI, owned the lot where the factory sits when the property was foreclosed on for not paying taxes, causing an outstanding lien and sending the title to the city, Russell said.

Through bankruptcy court, GGI won back the title. A three-party deal was reached wherein DeSantis would pay GGI $125,000 for the title and GGI agreed to transfer the title back to the city, leaving the property in the clear for redevelopment, Russell said.

In November 2020, the city then sued DeSantis in state Superior Court after he and his group failed to fulfill their end of the deal by submitting a formal redevelopment plan by a July 1, 2020, deadline, according to the lawsuit.

The city and DeSantis have resolved the matter so the plan can get off the ground, Russell said.

Demolition permits are being sought, and work to level the ailing factory should begin “soon,” once studies, including for asbestos, are completed, Russell said.

Louis Magazzu, DeSantis’ lawyer, directed questions through email. Answers to questions about the redevelopment plan have not been provided.

The factory was one of many in South Jersey’s well-known glass industry.

T.C. Wheaton, a pharmacist and doctor, rescued a struggling glass company in 1888.

OCEAN CITY — The grounds of the Bayside Center at 520 Bay Ave. are open this summer for camp…

The company supplied glass for his pharmaceutical needs, said Gay Taylor, former director and curator of the Museum of American Glass at Wheaton Arts, a nonprofit started by Wheaton’s family as a way to preserve glass-making history for the public, Taylor said.

Wheaton started with a quaint building fit for about a dozen glassblowers.

“By 1888, he completely owned the glass factory,” Taylor said. “He took it over and put his medical business and pharmacy basically to bed and ran this glass factory.”

Wheaton grew his glass-making business, opening the factory currently in DeSantis’ plans in 1925.

Most of the factory’s buildings were constructed between that year and World War II, except for a furnace section built in 1937 and a production section in 1987, according to city documents.

The property also has a small pond that was once a sand mine for the factory.

The Millville factory was sold in 1996 when Wheaton’s fourth-generation family handed the company over to a Swiss firm, investing its value for personal stock gain. The Swiss firm later sold it to a company in Canada, Taylor said.

Glass was being dispensed from the factory until it closed in the early 2000s. Wheaton’s family-owned company was the largest of its kind in the United States, Taylor said.

Under an amended redevelopment plan, the former Wheaton Glass Factory in Millville could house certain kinds of cannabis businesses.

The former Wheaton Glass Factory in Millville opened in 1925 and closed in the early 2000s.