Another round of wildfire smoke from raging wildfires in Canada has turned New Jersey's sky dull shades of gray, and it won't go away until at least the end of the week.

Smoke from the over 500 wildfires burning north of the border, according to Natural Resources Canada, will push through the Great Lakes and into New Jersey.

Most of the wildfires are located in Ontario, Manitoba and Saskatchewan, with over 3 million acres burned in 2021 as of July 19.

That smoke is being transported hundreds of miles to the state via the jet stream, the fast flowing, high flying river of air that separates two air masses. The path of this nearly 30,000-foot air current runs from Central Canada to the Great Lakes. From there, the flow slows, but still takes it on a path of the mid-Atlantic states through Tuesday.

After that time, the jet stream strengthens between the northern wildfires and New Jersey, essentially creating an expressway for the gray, smoky air to likely fill the sky at times through at least Friday.

Despite the dimmer look in the sky, air quality will remain "good" or "moderate" Tuesday, according to the United States Department of Environmental Protection. No widespread air quality issues are expected when in these two categories. With the jet stream, and the smoke tens of thousands of feet high, most of the smoke will not reach the surface. 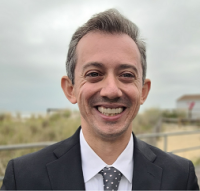 It's great to forecast for you in N.J., where I was born and raised. I earned my degree from Rutgers and have been at The Press since Fall 2017. I'm honored to be a 10 time N.J. Press Association award winner and a Certified Broadcast Meteorologist.

New Jersey is getting a smoky haze from Canadian wildfires

Smoke from wildfires in Western and Central Canada has wafted into New Jersey, putting a hazy gray mark on our sky Tuesday. Meteorologist Joe …

State of the Union address: Biden touts US eco­nom­ic progress

AMC Theatres to change ticket prices according to where you sit

AMC Theatres to change ticket prices according to where you sit 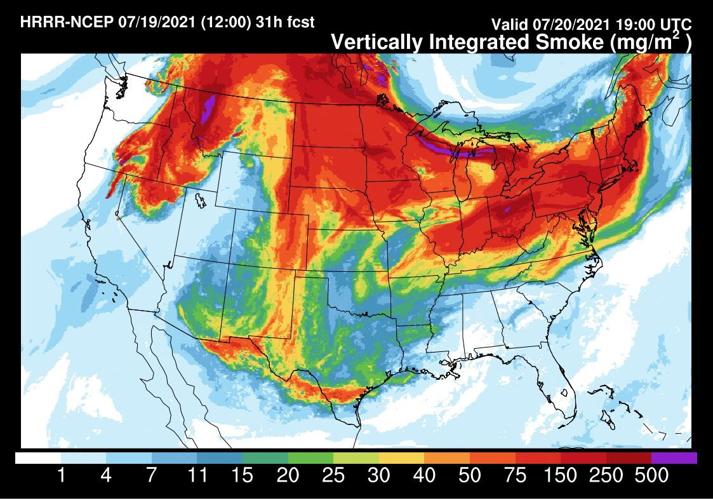 The forecasted smoke forecast for 3 p.m. Tuesday, according to the High Resolution Rapid Refresh model (HRRR). The reds indicate high levels of smoke in the atmosphere.

Visible satellite imagery from the morning of July 20. The light gray moving southeast on the map near the Great Lakes is wildfire smoke from the Canadian fires. Smoky conditions will last through the week.