Herbie Allen’s billboard on the Atlantic City Expressway advertises that “My poop can save your life.” He’s talking about fecal transplants for people with specific serious intestinal problems. 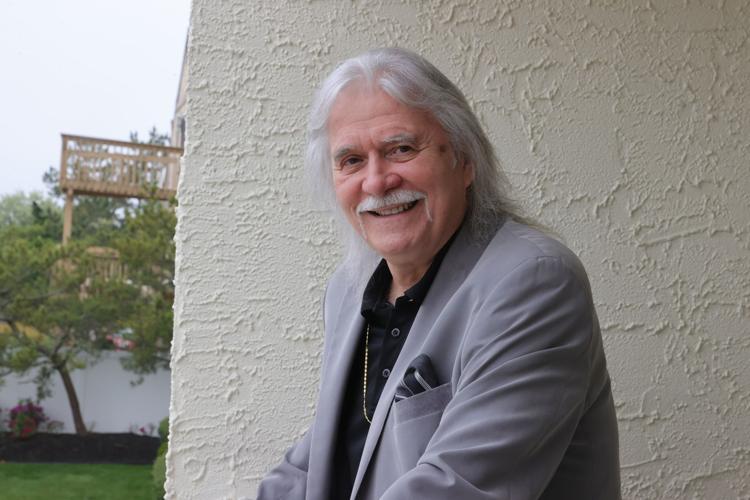 Herbie Allen 71-year-old has "perfect poop" which means he can donate feces to be transplanted into others to give them good bacteria to improve their health Wednesday May 5, 2021. Edward Lea Staff Photographer / Press of Atlantic City

Brigantine’s Herbie Allen is bragging about his “perfect poop” from high above the Atlantic City Expressway.

The 71-year-old, who credits his strict healthy diet with his exceptional microbiome, recently bought space on a billboard in Atlantic City to drive awareness of Fecal Transplants, and why they are so important.

“My poop can save your life. Just ask me how @perfectpoopguy,” the billboard says. “Follow Herbie Allen to learn how to live a longer, healthier life.”

Last year Allen was found to be an excellent fecal donor to his wife Patti, 70, whose repeated antibiotic treatments had wiped out her microbiota and left her with terrible digestive problems.

The fecal transplant returned good bacteria to her system, she said in a Press interview last year.

“I’d say really it’s very much like just having a colonoscopy,” Pattie Allen, 70, said then of going through the procedure at Cooper Digestive Health in Mount Holly, Burlington County. “It was lifesaving in a sense, I finally got some good bacteria.”

A good donor candidate is an adult in good health who is known to the patient and who undergoes an extensive series of tests — both stool and blood.

Herbie is a retired casino host who said he has followed a strict no-sugar or red meat diet for more than 40 years. He eats fish three times a week — particularly salmon — and has taken a regimen of vitamins and other nutritional supplements every day for decades.

Now he has started putting out videos and social media posts about his healthy lifestyle and about fecal transplants.

“It helps people with all kinds of problems,” Allen has said, including irritable bowel syndrome and Crohn’s disease. It’s even being looked at to help with some autism symptoms.

The second New Jersey Surf Angler Tournament & Festival brought dozens of fishing fans to Atlantic City on Saturday to compete for a $5,00…

BRIGANTINE — At 71, Herbie Allen got one of the most unusual compliments of his life when a health care worker told him he has “perfect poop.”

Why snail skin therapy is the new facial trend

Herbie Allen’s billboard on the Atlantic City Expressway advertises that “My poop can save your life.” He’s talking about fecal transplants for people with specific serious intestinal problems.

Herbie Allen 71-year-old has "perfect poop" which means he can donate feces to be transplanted into others to give them good bacteria to improve their health Wednesday May 5, 2021. Edward Lea Staff Photographer / Press of Atlantic City