LOWER TOWNSHIP — A group of parents and residents want a book removed from the library of the Charles Sandman Consolidated School, which includes the fifth and sixth grades, arguing that it is inappropriate for that age group.

“Black and White” by Paul Volponi is the story of two star high school basketball players, one Black and the other white, who commit a serious crime. The two are described as being as close as brothers, but their experiences after an armed robbery are very different.

The Lower Township residents who are seeking the book’s removal cite the subject matter and the use of explicit language in the book, but also how the book handles matters of race.

The book includes racial slurs and obscenities. It has been praised by some educators, and cited as a good choice for reluctant young readers. Several residents and parents in Lower Township say it should not be in the school library. Across the country, the number of books being challenged in schools has skyrocketed.

“I thought the book was pure bad language. It’s vulgar,” said Denise Barrett, who said her granddaughter read the book for a class last year and brought it to her.

The author said he was aiming the book at slightly older students, but denied that the book is vulgar. He said it grew out of his time teaching English to male high school students awaiting trial at Rikers Island, the New York City jail complex usually described as “hellish” or “notorious.”

His students there were overwhelmingly Black or Latino, Volponi said. He sought to explore the reasons why in the novel, which was published in 2006.

Barrett and others began to campaign for the book’s removal last spring. At an April school board meeting, Barrett brought placards that included some of the words in the book. She said she was quickly told they were inappropriate in the school.

“That’s exactly my point,” she said.

School Superintendent Jeff Samaniego was not available to be interviewed for this story on Thursday or Friday. Attempts to contact several members of the Board of Education were unsuccessful.

Minutes of the November Board of Education meeting show there was a recommendation from Samaniego that “Black and White” be found not to be age appropriate for the district, which includes students from kindergarten through sixth grade.

The motion failed in a 5-2 vote, according to the minutes of the meeting, with board president Gary Douglass and member Charles Utsch supporting it. Monica DiVito, Michael Mader, Joseph Thomas, Sally York and Patricia Smith voted no.

The efforts to remove the book have grown. At a recent meeting of the Board of Education, multiple parents attended to ask that the book be taken off the shelf.

Among those objecting to the book are Anthony Monzo, a local attorney, and Theresa Strunk. Both ran unsuccessfully for school board last year. Strunk, a mother of five, pulled her children out of the district last year to home-school them. She cited mask mandates in the school, as well as her concerns about the curriculum, citing both race and sexuality.

“Here we entrusted our children with them to be educated, not to indoctrinate them and take over their minds and to start the wedges between people,” Strunk said Thursday.

Strunk said prayer and scripture have been wrongly removed from classrooms, and took issue with new state mandates on sex education, which expand teaching about relationships, pregnancy and consent, as well as including lessons about abortion and gender identity.

Those who want the book removed say Samaniego did pull it from the shelf last fall, but it has since been returned after the board vote, albeit now with a warning sticker saying it includes mature material.

“That’s just going to make them want to read it more,” said Strunk.

Across the country, challenges to books in schools are on line to triple or quadruple this year compared to the average of five or 10 years ago, according to Nora Pelizzari, the director of communications for the National Coalition Against Censorship.

Challenges to books in schools have come from multiple directions, driven by a variety of beliefs, Pelizzari said. At times, books once considered classics have been challenged over language and ideas now seen as racist.

“Censorship is an equal opportunity offense,” she said.

Today, Pelizzari said, there appears to be a coordinated effort across the country aimed at books about people of color or LGBTQ people. She described the current spate of challenges as a crisis in schools. Books with trans or gay characters are often challenged, Pelizzari said, and are seen as graphic even if there is nothing sexual in the book.

“They’re challenging books about the existence of gay people, essentially,” she said.

Monzo, who was not at the most recent meeting but has participated in efforts to remove the book, cited the language of the novel and its subject matter.

“There was violence, guns and things like that, that really aren’t appropriate for elementary school children,” he said. The book has been critically acclaimed, he said. He argues that it should be up to parents to teach their children about morality.

“There are other issues. The book fits right into the Critical Race Theory narrative,” he said. “The book basically is a lesson about white privilege and it is divisive.”

Monzo’s children are grown, but he said he will eventually have grandchildren in the school district. Strunk’s children are out of the district, but she said she does not want what she sees as indoctrination and hate speech in schools.

“My tax dollars are paying for it, and I’m not OK with that,” she said.

Some have also challenged a book called “Long Way Down” by Jason Reynolds, a novel in verse about a 15-year-old armed with a handgun seeking revenge for his brother’s murder, also asking that it be removed from the Sandman library.

In Volponi’s book, best friends Marcus Brown and Eddie Russo commit armed robbery. Russo, who is white, is holding the gun when it accidentally goes off, grazing the victim. But it is Brown who ends up on Rikers Island.

Volponi, who is white, said he sought to hold a mirror up to society. There is stark language in the book, he agreed, but he said it is based on reality.

Volponi said he has been proud to hear from some students that it was the first book they read to the end, and he hears that it is being taught alongside Harper Lee’s “To Kill a Mockingbird.”

“This isn’t about the book, and it certainly isn’t about me. This is an instance of some people being upset by a system they feel is shortchanging them,” he said. “It seems like they feel like society is taking care of other people that they are used to being in line ahead of.”

Both Strunk and Monzo said the matter would be different if the book were being taught in high school, although they both said they did not think it belonged there, either.

“There is no context for that kind of material for an 11-year-old,” Barrett said. “You can’t unread that. You can’t un-ring that bell.”

Parents and guardians have a right to question books in schools, Pelizzari said. She suggested districts develop a clear policy and form a book review committee. But she added that a book that is not relevant for one student or may be too complex may be important for others.

“It’s a different thing to challenge a book in the curriculum vs. one that is in the library,” Pelizzari said.

The novel is written in the first person, changing perspectives from the Black and white characters. The final chapter belongs to Marcus Brown, who ruminates about the line separating black and white.

“I didn’t know if it could ever get erased, or if we could find a way around it. I only knew that I wanted to try,” the character says.

LOWER TOWNSHIP — In the kitchen of his ranch house close to the border of West Cape May, Edgar Neel said he needs help with work on his house,…

It was May 2019, and Elisha Trulli, now 28, of Sea Isle City, was deep in college classes — just seven away from finishing her major. Her drea…

UPPER TOWNSHIP — Parents, educators and homeschooled kids came together Saturday morning for the annual F.U.N. Homeschool Fair at the Communit…

Revised sex-education standards are coming to N.J. schools in September. Here's why they're controversial.

The guidelines, which outline what schools should teach students by the end of second, fifth, eighth and 12th grade, have also prompted an out…

Race, masks seem to play into increase in school candidates

After years in which most school board candidates ran unopposed, or with no candidates at all, this year has crowded fields in multiple communities.

Tensions were high as plans were made and changed to hold a protest on June 1, 2020, in the Rio Grande section of Middle Township, at the inte…

'This is absolutely not a threat. This is a promise': Three women spearhead recall of South Jersey school board member.

Kerri Tillett handily won her election to the Northern Burlington County Regional school board in 2020. Now she’s fighting to keep her seat af…

WILDWOOD — A national organization of Native Americans is calling on the school district to change the name and logo of its sports team.

Watch Now: Disney caught in the middle of political firestorm over Florida law

Watch Now: Disney caught in the middle of political firestorm over Florida law 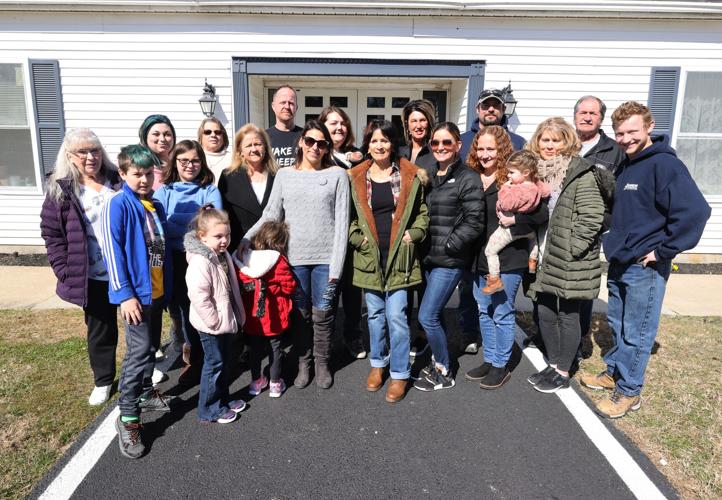 Theresa Strunk along with a group of parents who want a book removed from the Lower school district, citing explicit language and allegations that is supports “critical race theory.” Friday March 4, 2022. Edward Lea Staff Photographer / Press of Atlantic City