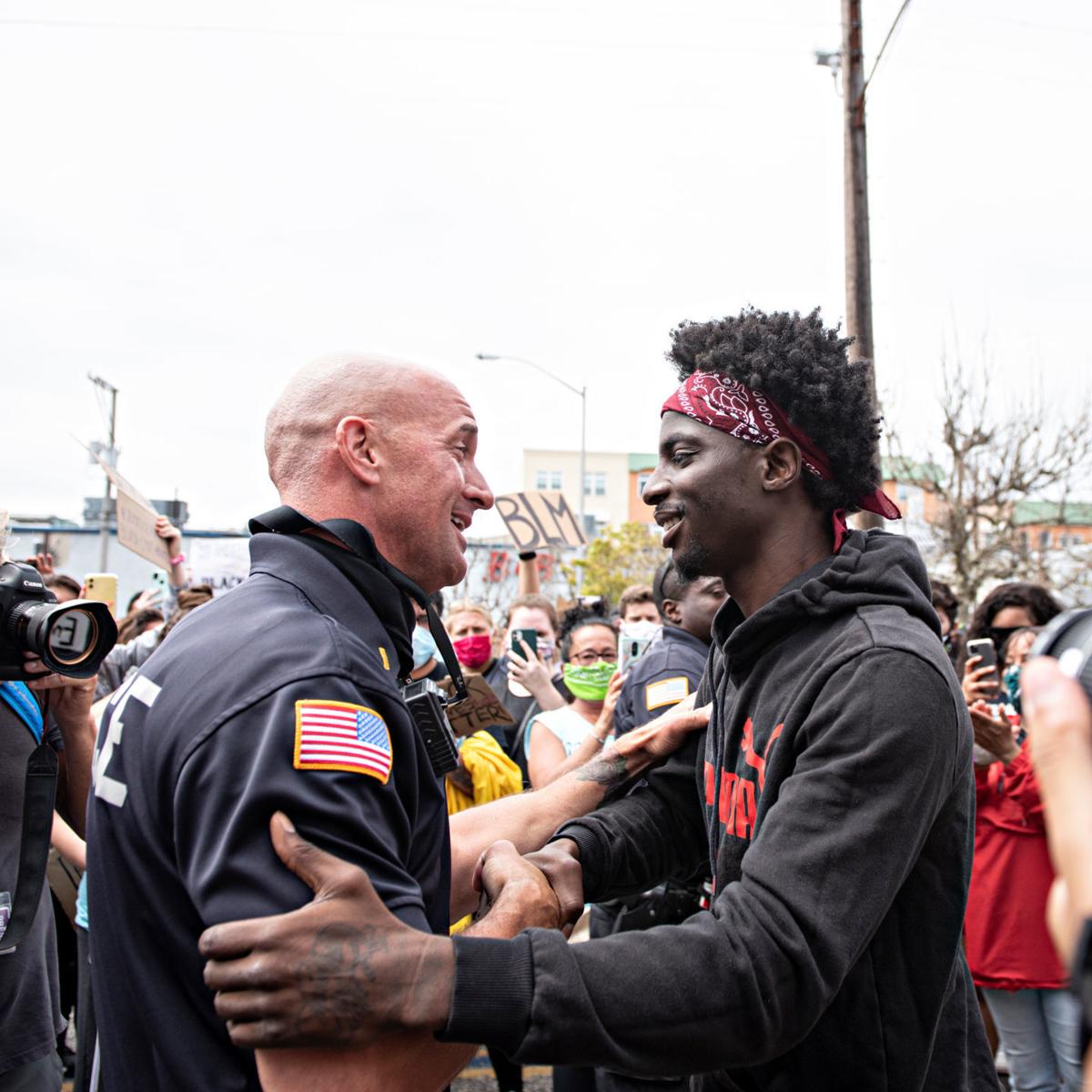 Shared moments of understanding between police and Black Lives Matter protesters, such as this one in Ocean City, were common at demonstrations throughout the country. 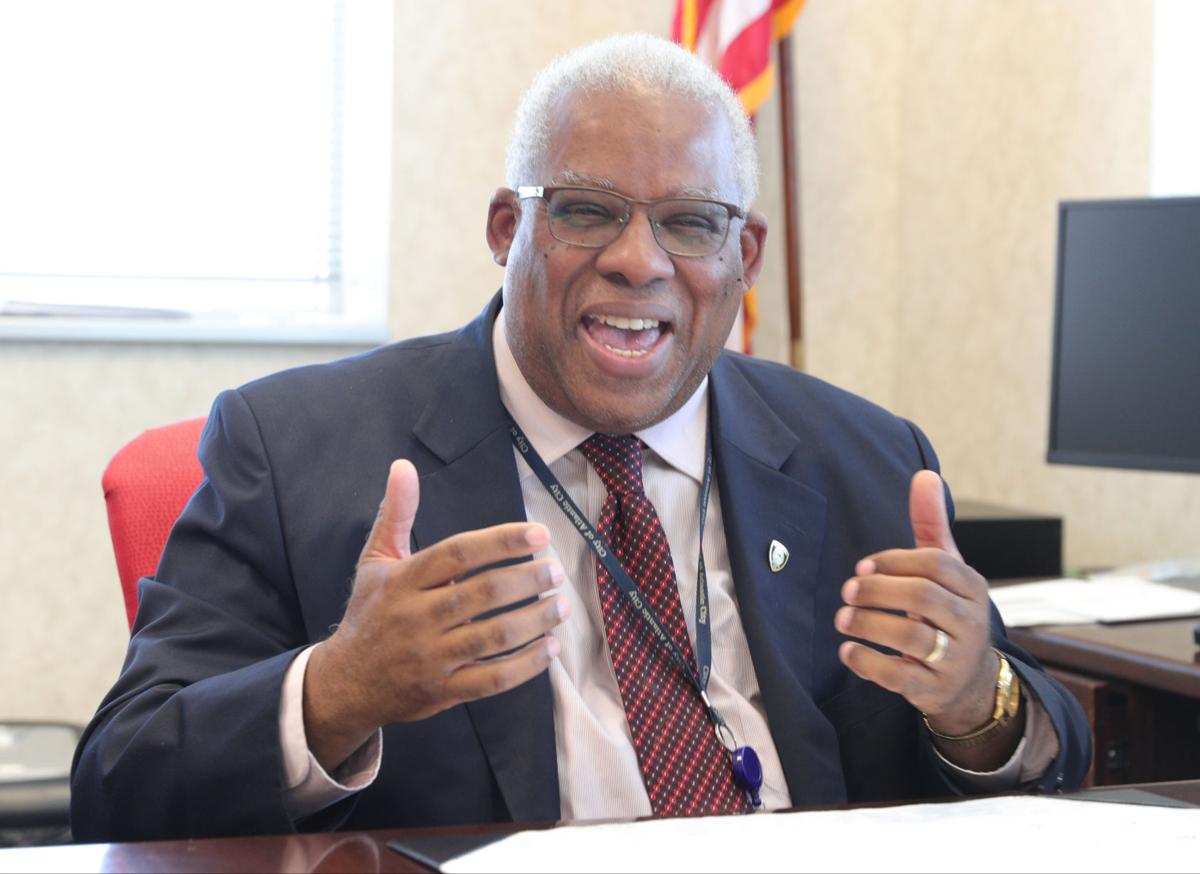 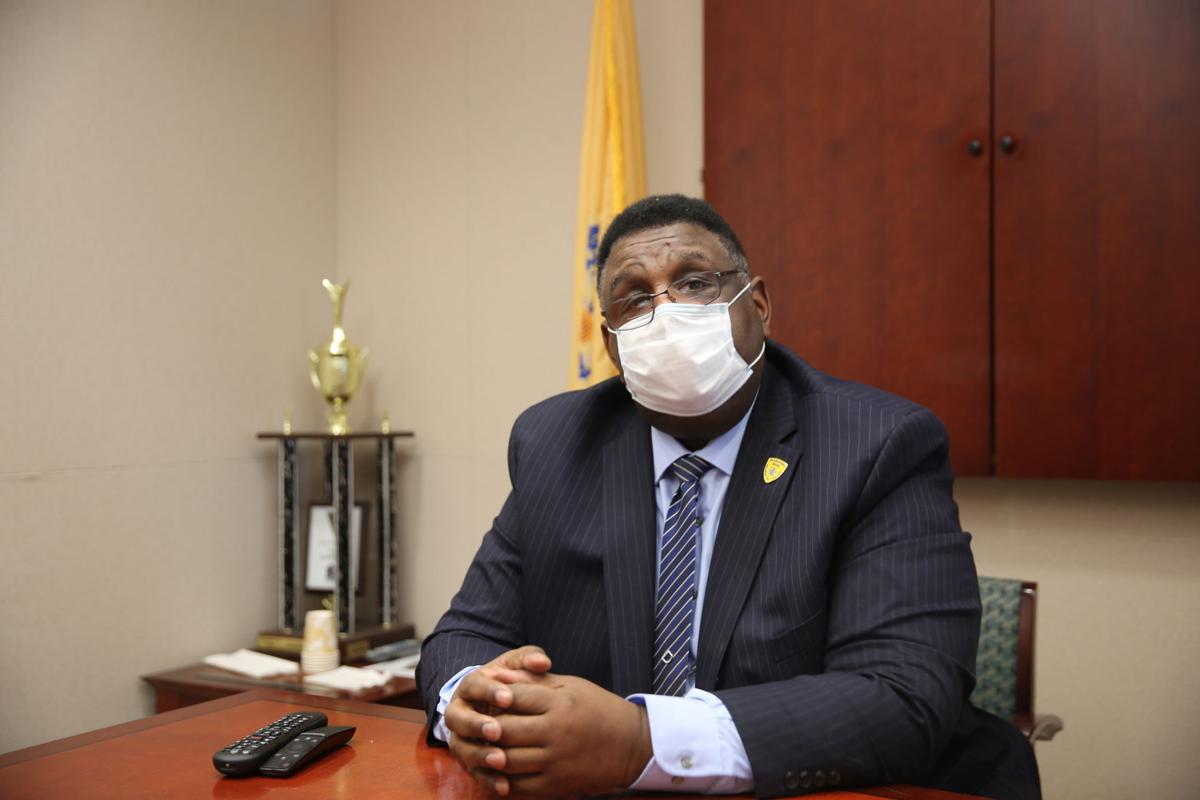 ‘I think the biggest issue and problem that we have in this country right now is that we don’t have a sit-down dialogue,’ said Bruce DeShields of the Atlantic County Prosecutor’s Office. ‘The message is so convoluted that a lot of people don’t know what to believe.’ 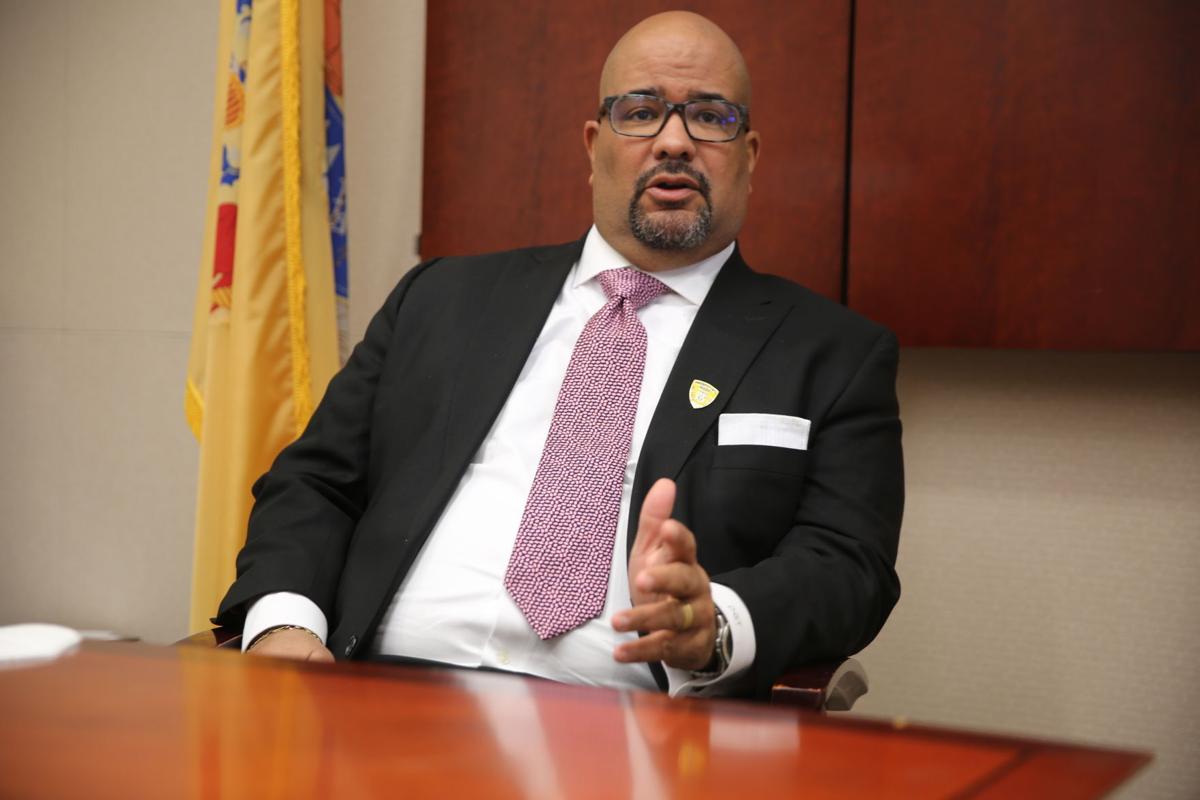 As both a police officer and a Black man, Henry White found himself feeling conflicted when he considered the Black Lives Matter protests that erupted last year.

“From a law enforcement perspective, we have to do a better job,” said White, who was chief of the Atlantic City Police Department from 2013 until his retirement in October. “At the same time, I feel that law enforcement, nationwide as a whole, was being unfairly singled out. You hear about the bad things that happen, but what about the hundreds of thousands of positive interactions between law enforcement and the communities? For Atlantic City, where I benefited was with my ties and my connections with the community. I believe various neighborhoods and organizations have a sense of trust with me, so that helped a little bit.

“There’s racism in America. There’s racism in law enforcement also,” he said. “All of us have to do a better job, and I’m talking about both Black and white, to understand other cultures. We just have to treat everyone the way you would want yourself or your family members to be treated.”

When George Floyd was killed by a police officer in May in Minneapolis, tensions flared over the deaths of mainly Black men while in police custody. Almost overnight, millions marched in protests around the country — including in South Jersey. What started in the United States quickly became global, with BLM protests taking place in dozens of countries.

But while it’s easy to say the Black Lives Matter movement will become a milestone in history, some see the protests last year as merely the latest milestone in a historic fight to end racial inequality. Since justice hasn’t been attained, they say, the fight continues.

How will the BLM movement, and this historic time, be remembered? And what impact will it have moving forward?

“Even though it is a contemporary movement, it is rooted in historical movements,” said Kaleem Shabazz, an Atlantic City councilman and president of the Atlantic City branch of the NAACP.

One correlation Shabazz made was to the Black Panther movement in the 1960s that was started by young people concerned about police brutality.

The Black Lives Matter movement began in 2013 after George Zimmerman was acquitted of charges in the fatal shooting of Trayvon Martin, a 17-year-old Black teen in Florida, according to blacklivesmatter.com.

“It was sort of the lighting of a powder keg,” Atlantic County Prosecutor Damon G. Tyner said of the latest incarnation of the movement. “People finally got frustrated enough to start bringing attention to these issues. It was something that I believe was necessary to put in the forefront of all Americans to understand that before we can really value and respect the lives of any of our countrymen, those of us that are Black, that are brown, face a different reality on a daily basis.”

Change is happening, but it can’t be accomplished by a single agency, person or even a movement.

Tyner said how to move forward is a question he and other law enforcement officials struggle with every day, but it starts with training and promoting the professionalism and accountability within law enforcement agencies.

Shabazz believes we have to set a level of equity across the board.

“People should be treated fairly and equitably,” he said. “It’s not really a question for debate. It’s something that should be done and that should have been done.”

“We don’t have a true dialogue anymore,” said Bruce DeShields, chief of county investigators for the Prosecutor’s Office. “I think the biggest issue and problem that we have in this country right now is that we don’t have a sit-down dialogue. The message is so convoluted that a lot of people don’t know what to believe.”

Social media also had a pivotal role in the movement. People were seeing what was happening in real time. But there was, and still is, a dark side to that. Misinformation was spread, DeShields said, and people argued their opinions to no end or resolution.

“We have a bunch of keyboard cowboys who can sit home in their basement and spew whatever rhetoric that they want,” he said. “People have to sit down and have a conversation. Governments can’t regulate how people talk to each other, but government can sit down and have civilized conversations among themselves to show the people around them that it works.”

As a professor, Reid-Merritt doesn’t believe the movement will solely be taught during Black History Month, but rather through American history lessons, civil and human rights lessons and ethics and law classes.

“The Black Lives Matter movement could actually become a course where we examine what happened: How did we make this happen? What was the impact? Was it just a moment in time, or are we going to see Black Lives Matter advocates 20 years from now?” she said.

“(Equality) is foreign for us,” she said. “It’s not something we all agree that we want. The nation is divided, and some people want to live in a racially just, egalitarian kind of society and some people don’t.”

For a divided nation to heal, White said, both law enforcement agencies and the public need to work on building trust with one another.

“Until the community sees their police department as fair, hostilities will continue and cooperation will decline,” he said. “When residents view police as fair and legitimate, quality of life will improve for everyone. When Black lives matter, then, and only then, can all lives matter.”

ATLANTIC CITY — A city man on Tuesday was arrested with a gun after attempting to flee officers through a construction site, police said Thursday.

TRENTON — In an effort to bolster the state workforce amid the COVID-19 pandemic, the New Jersey Department of Labor and Workforce Development…

ATLANTIC CITY — Mark Giannantonio, president and CEO of Resorts Casino Hotel, was appointed chair of the advisory board of the Lloyd D. Levens…

When the racial justice movement picked up steam last summer, the Stockton University athletic department wanted to be part of it.

NORTHFIELD — Yisela Santiago picked up her 11-year-old son, Devin, from school a few weeks ago, got him lunch and quickly stopped at Tilton Ma…

Less than half of South Jersey law enforcement agencies have conducted energy devices, commonly known as Tasers, according to data released Fr…

TRENTON — After months of speaking and collaborating with stakeholders throughout New Jersey, Attorney General Gurbir Grewal will announce cha…

Just about every time a suspect or wanted criminal dies at the hands of law enforcers, many people wonder if they couldn’t or shouldn’t have u…

Ja'Heem Frederick giving back to Atlantic City through play, service: My Life

ATLANTIC CITY — The former Trump Plaza casino that has been an eyesore for years will be demolished this month, but a smaller eyesore also gre…

Shared moments of understanding between police and Black Lives Matter protesters, such as this one in Ocean City, were common at demonstrations throughout the country.

‘I think the biggest issue and problem that we have in this country right now is that we don’t have a sit-down dialogue,’ said Bruce DeShields of the Atlantic County Prosecutor’s Office. ‘The message is so convoluted that a lot of people don’t know what to believe.’