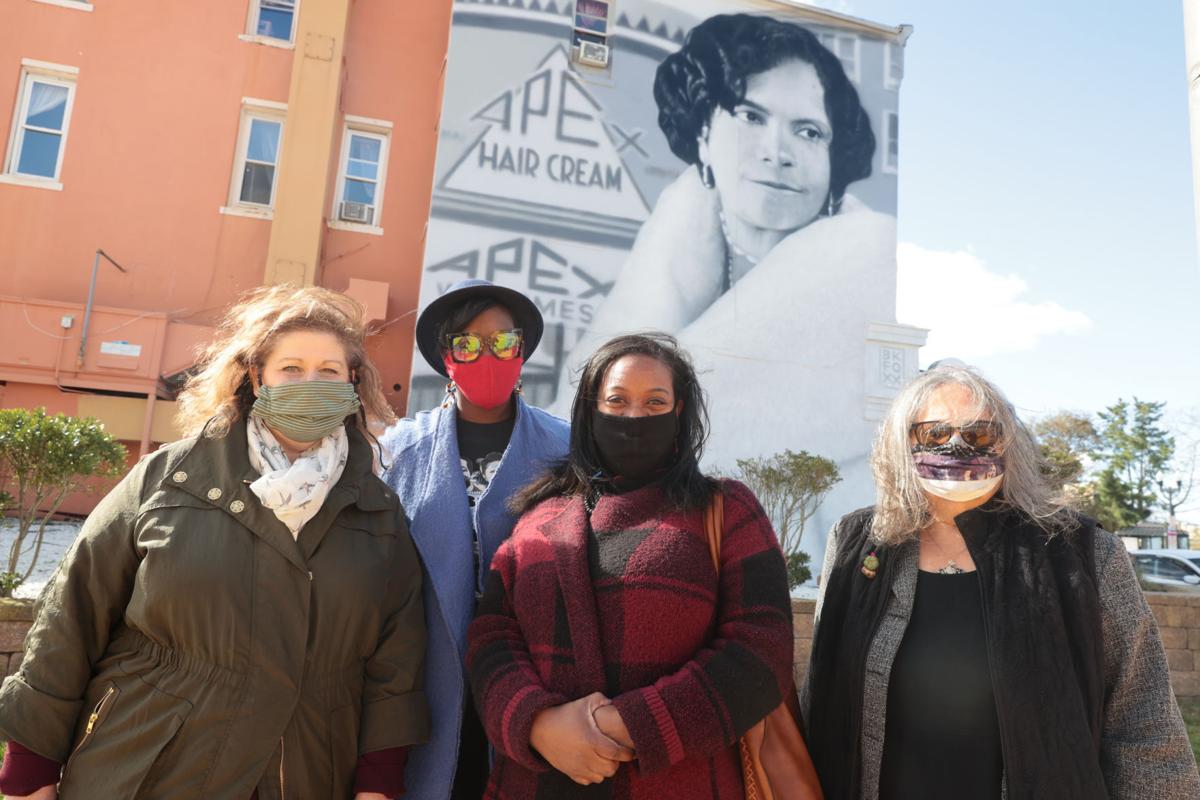 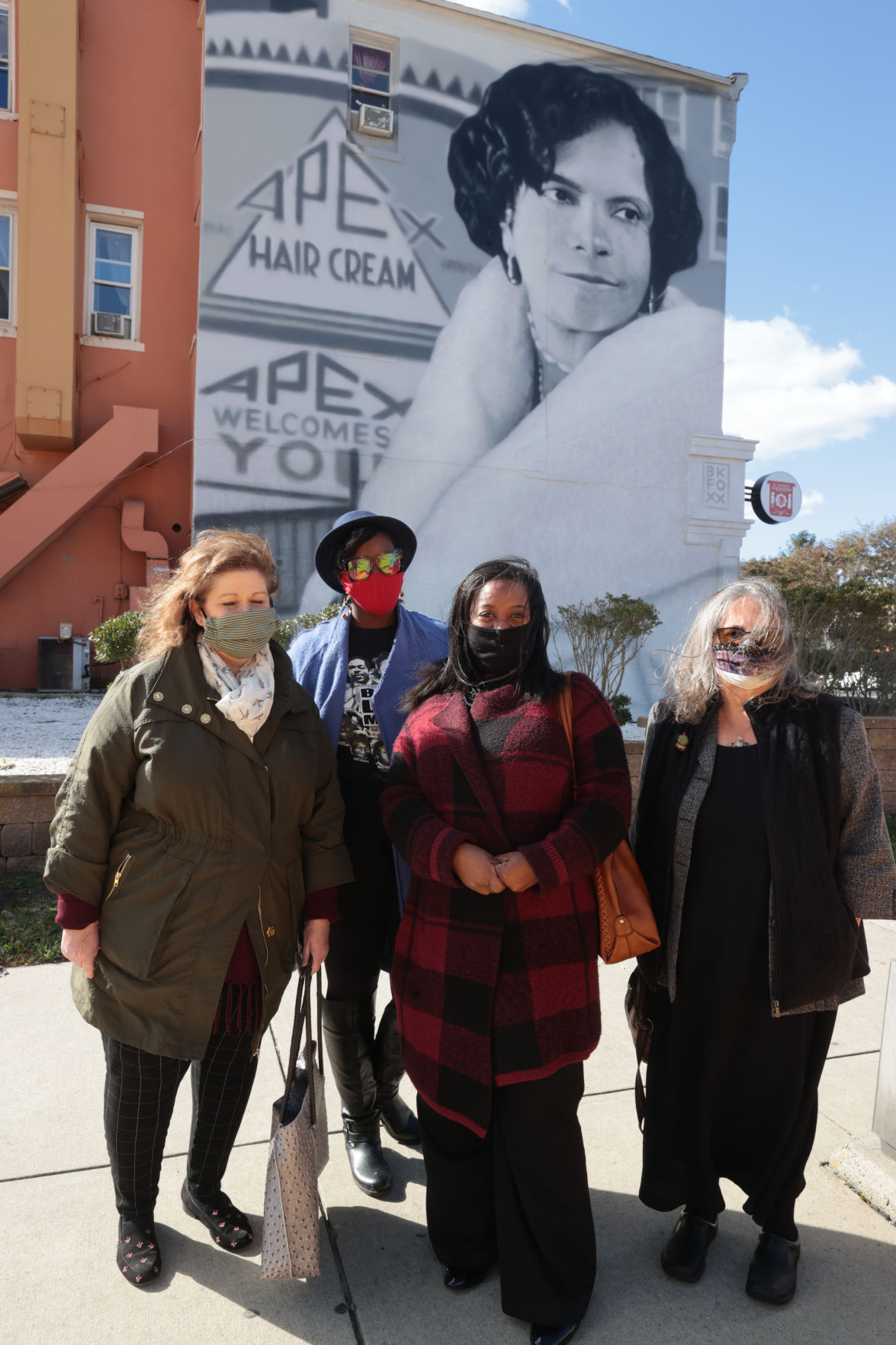 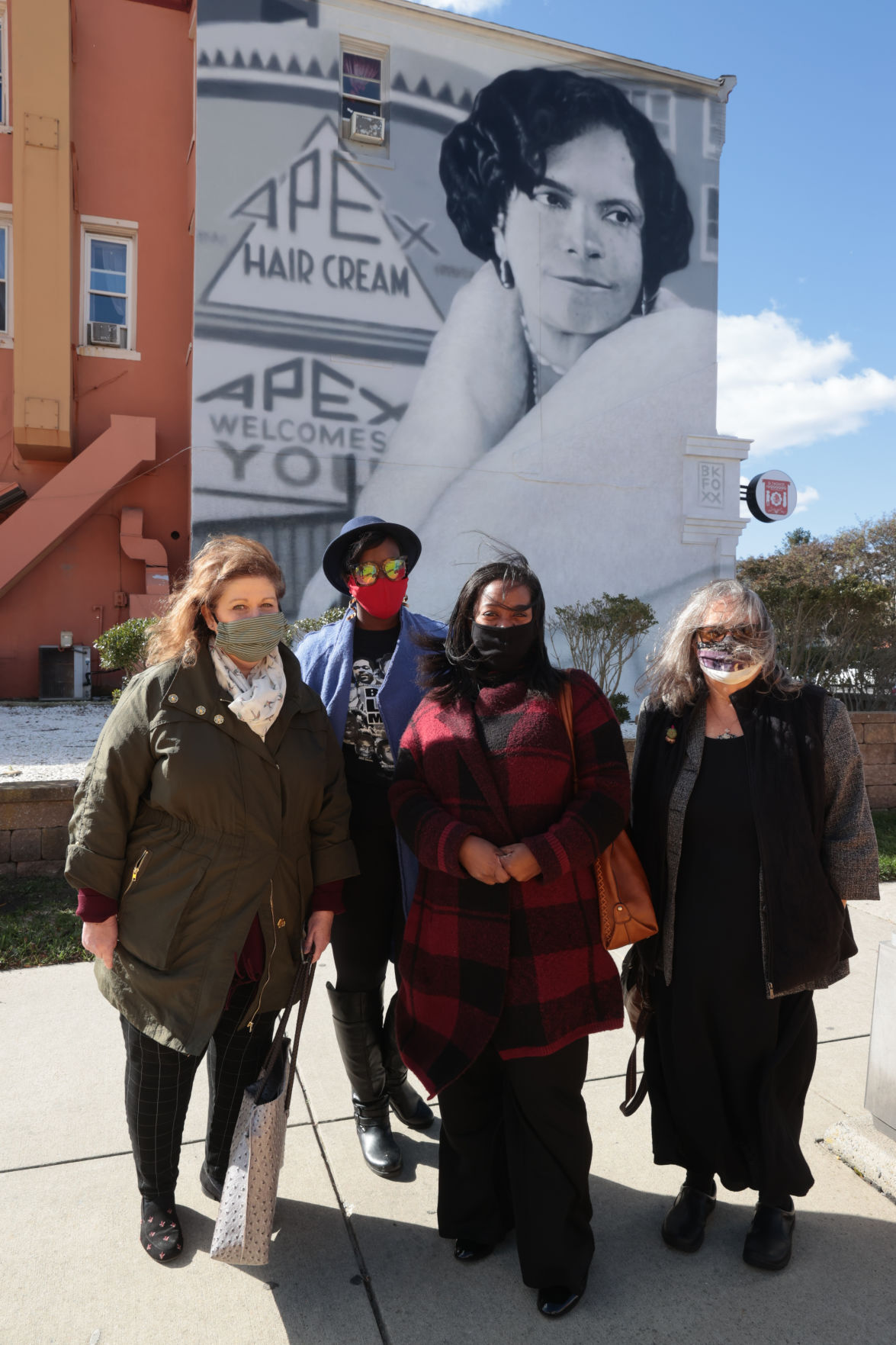 ATLANTIC CITY — For most of the murals created in the resort and sponsored by the Atlantic City Arts Foundation during the past three years, the artists were given leeway on subjects and in how they expressed themselves, as long as the end result looked good.

When the organization decided it wanted to pay an artist to create a mural in the image of a specific individual for the first time, the subject selected was the late Madame Sara Spencer Washington.

Washington founded the Apex News and Hair Company in the resort and was one of America’s first Black millionaires. Her mural is located on the exterior of a building on the southeast corner of Atlantic Avenue and Dr. Martin Luther King Jr. Boulevard.

The Arts Foundation has wanted to have murals painted that depict something from the resort’s history, but it wasn’t until the foundation was approached by Avanzar, formerly The Women’s Center, that it could do so, said Joyce Hagen, executive director of the foundation.

Avanzar and the Arts Foundation partnered to create the mural depicting Washington as part of its 48 Blocks AC initiative and as part of Avanzar’s educational initiative called “Girls as Leaders.”

“No one can contest that she was a great asset,” said Hagen. “She had a philanthropic past and gave a lot back to the community.”

Young people in the In My Care, Rites of Passage, Peace Amongst Youth and Boys and Girls Club of Atlantic City programs, helped choose the subject.

“We are a social justice organization, and our mission is to empower individuals and families,” said Fran Wise, director of development for Avanzar. “This mural certainly empowers all of us.”

Washington’s nephew, Royston Scott, 57, a New York City resident, inherited the family’s collection of photographs, including those of his aunt, Hagen said.

Scott donated a large part of the collection to the Library of Congress, but he selected the images to be among those chosen for the mural, Hagen said. The reference photo is from a 1935 issue of Apex News and Hair Magazine when Washington was 46. She died in 1953 at 63.

The photo the mural is based on is a striking image that shows his aunt as happy but determined, Scott said.

“I sent BK Foxx (the muralist) 20 images of Madame, her factory and promotional photos,” Scott said. “The result is outstanding in my humble opinion.”

Scott thought some type of visual commemoration of his aunt was a longtime coming in the resort.

“I was familiar with the foundation,” said Scott about the Atlantic City Arts Foundation. “It’s a good fit. I was hoping it could get accomplished.”

An internationally known muralist, Foxx was last in the resort in May 2019 painting with the Arts Foundation and its mural festival. She also painted the “Not for Sale” wall at Georgia and Pacific avenues.

Foxx doesn’t often paint historical figures. She tends to paint her own subjects, or if anything, current figures. She uses spray paint and completed the mural last month.

“Mostly, the difficulty in painting it was using such an old reference photo. There’s no resolution in photos taken 100 years ago, so to blow that up 1,000 times life size is quite a challenge,” Foxx said.

Foxx is pretty methodical in the way she works, so she usually plans ahead and tries to work out all the kinks in advance of actually showing up to physically paint a project.

Foxx had no idea who Washington was before being commissioned to work on the mural. One of the interesting things about her job, Foxx said, is that she learns all kinds of things she wouldn’t normally from having such individual and varied projects.

“I learned a lot about her during the whole process,” said Foxx about Washington. “It doesn’t make a difference in the physical painting for me, knowing who it is — but it makes a big difference in how I feel about painting it before and after I’m finished. Feeling a sense of purpose for it and relevance is important for me.”

Murals aim to inspire in Pleasantville

The Atlantic City Free Public Library’s Film Society met Saturday via Zoom to discuss the career of actor Sean Connery. Much to the group’s su…

PLEASANTVILLE — The city’s downtown business district has its attributes, particularly convenience, but few people would describe it as beautiful.