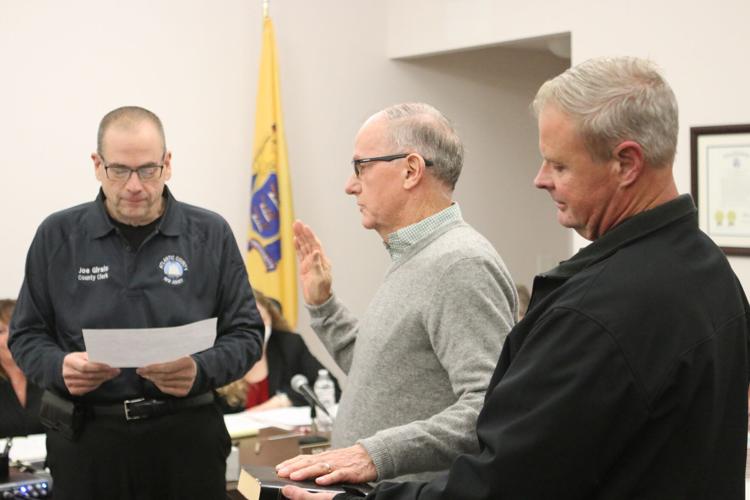 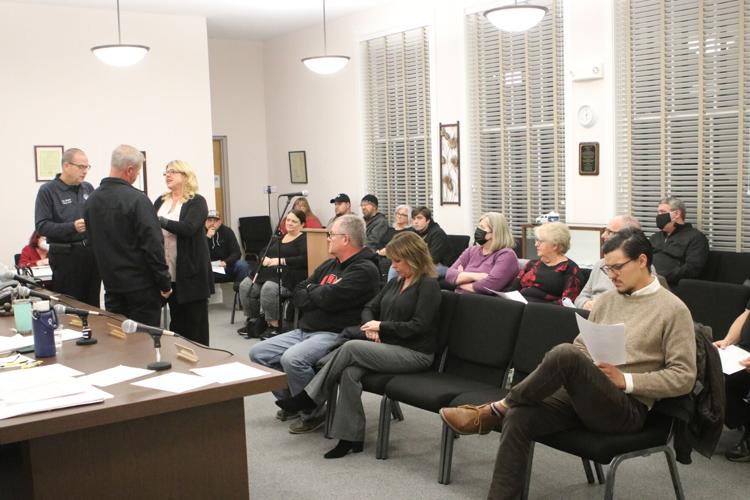 CORBIN CITY — It does not take much of a crowd to fill the meeting room for the City Council of Corbin City.

With about 20 people in attendance for the reorganization meeting Monday, almost every chair was filled, with extras brought in from the back.

The community of a few hundred people, just over the river from the Tuckahoe section of Upper Township, was set for multiple changes, including a new council member, a new attorney and a new municipal clerk.

“I didn’t want to be part of that any longer,” he said.

He claimed decisions were being made before meetings and he was being made “the punching bag” for the other members.

CORBIN CITY — Just before Route 50 weaves its way south into Cape May County, it bisects the…

Council member LaVerne Kirn, named the council president Monday, denied there had been any violations.

“Not at all,” she said Monday.

Surran made a similar accusation during the public comment portion of the meeting. At issue appears to be a change in the contract for trimming trees along a roadway. Mayor Robert Schulte said the scope of the work had changed, as more residents asked for additional trees to be trimmed.

Kirn said there has been no decision on who will do the work.

“Nobody was hired,” she said. “Talking to our former solicitor, it’s OK for us to do this.”

Surran’s resignation left one seat to fill until the next election. Of three potential candidates, the council members chose Thomas Bennis, a former council member who had lost a previous reelection bid.

In voting for his nomination, Kirn cited “all of the new beginnings this year,” suggesting it would be good “to have someone who has previously been on council to be able to jump in and take off running.”

The meeting also saw Kirn sworn in for a new term after a successful run against Democratic challenger Nikki Nichols.

Surran described a widening rift on the all-Republican governing body. He said he was kicked out of the local Republican club in the fall after putting up a sign supporting Kirn’s Democratic rival, which he was told was a violation of the club’s bylaws.

Surran, whose family owns a business in town, said he had little choice but to quit.

“The way things were going, I was spinning my wheels,” he said. “If I said the sky was blue, the other members would have told me it was purple.”

Corbin City is not the smallest community in New Jersey. Cape May Point has fewer residents, and there are two municipalities with populations in the single digits. But it is a small town with a small government, including three City Council members and a directly elected mayor.

Bridge-replacement work has been completed on Route 50 between Cape and Atlantic counties, a…

More than a decade ago, a proposal to merge Corbin City with Upper Township fell apart after an extensive effort, in part because Cape May County government balked at the added expense. Also, it would have meant a single municipality straddling a county border.

The appointment of Bennis to council was just one of the changes to local government Monday.

The council named Rebecca Lafferty of the law firm Cooper Levenson as the city solicitor for 2022.

Longtime City Clerk Joanne Siedlecki also recently retired. On Monday, council approved Kimberly Johnson for the post. Johnson has been the township clerk in Mullica Township for 35 years, and said she remains the clerk of record in that community.

She declined to comment further, and at Mullica Township Hall, an employee said Johnson is on administrative leave.

UPPER TOWNSHIP — The Township Committee may expand the responsibilities of the township administrator, and consider hiring an assistant admini…

State legislative districts’ boundaries about to be redrawn

The legislative map of New Jersey looks like it was drawn by an overcaffeinated commuter in rush-hour traffic.

SOUTH JERSEY WEATHER: On The Road in Weymouth Township and Corbin City

Meteorologist Joe Martucci completes the Atlantic County portion of On The Road by visiting Weymouth Township and Corbin City. Hear from Ken H…

The AP Interview: IMF director on China and US Fed

The AP Interview: IMF director on China and US Fed