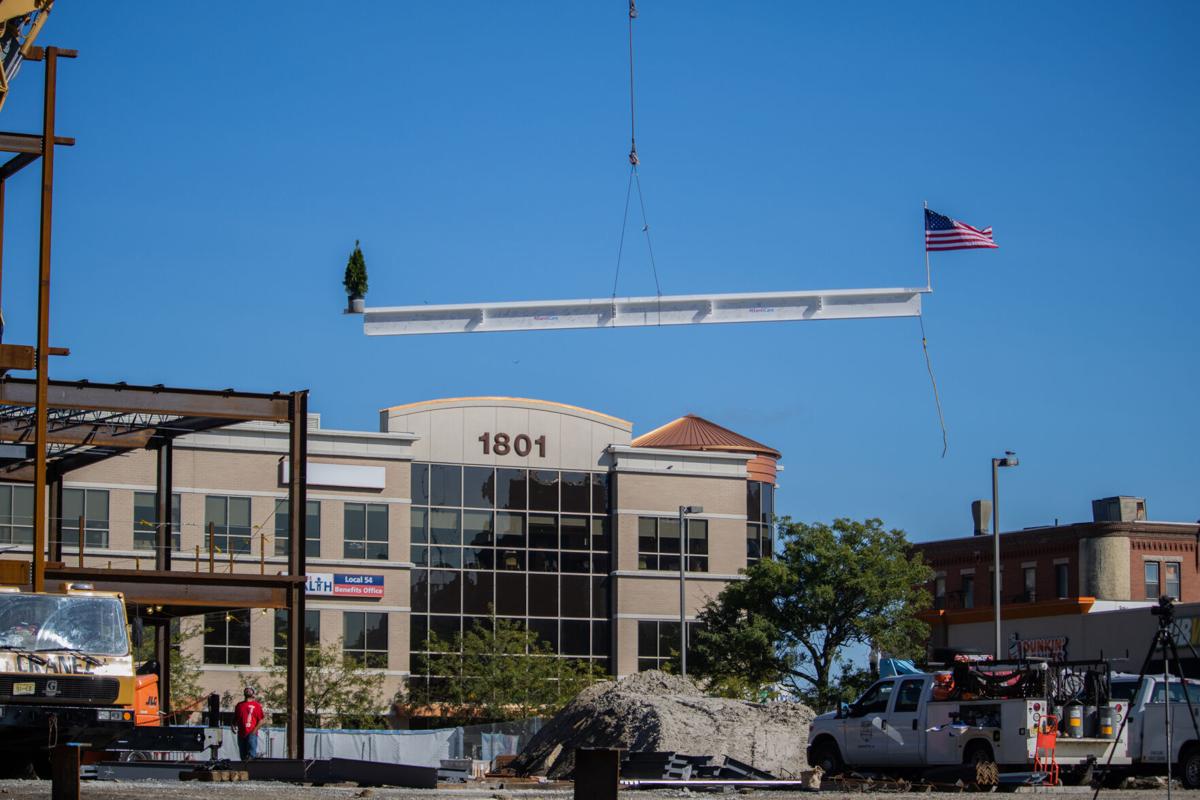 A crane lifts a beam signed by AtlantiCare employees to be installed as part of the new Medical Arts Pavilion in Atlantic City. 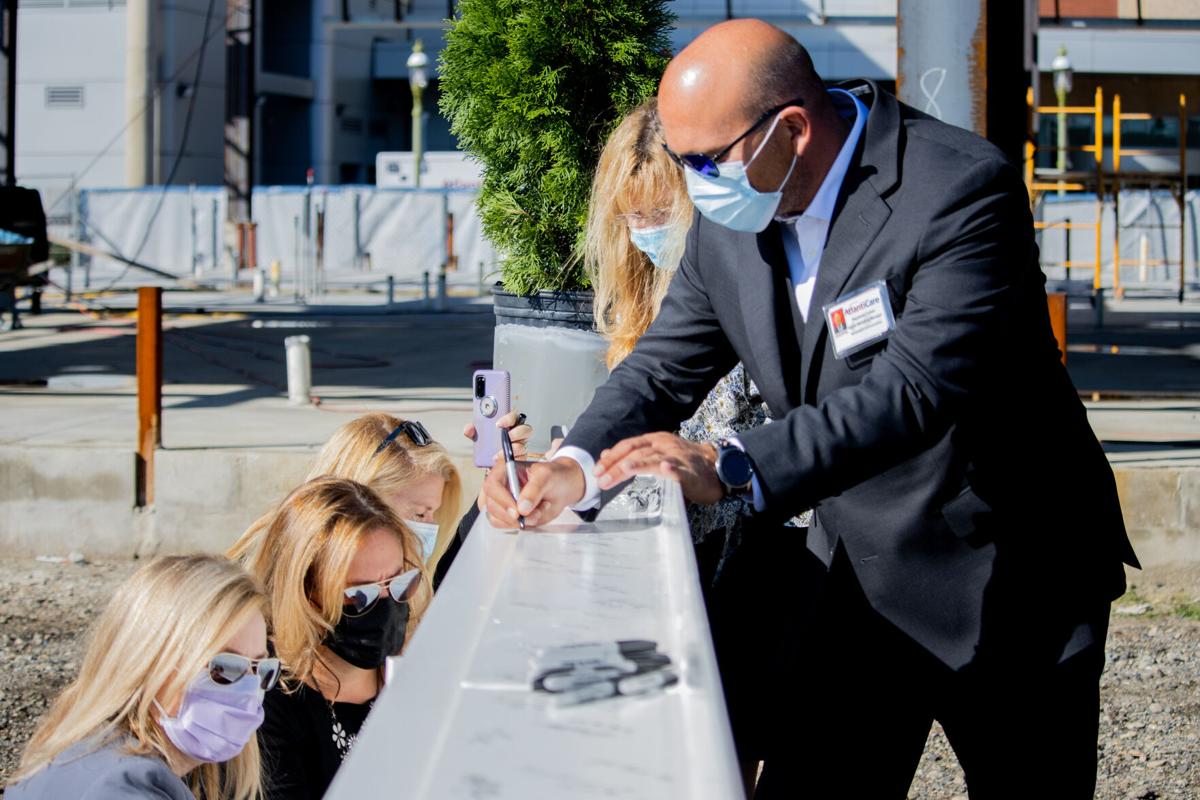 “I call this the next great chapter of AtlantiCare in Atlantic City,” President and CEO Lori Herndon said. “The services and programs that will be offered here are so badly needed for this region, and this reaffirms our sincere commitment to Atlantic City.”

Beginning at 6:30 a.m., doctors, nurses, administrative staff and local officials arrived at the construction site to write their names on the beam, which was painted white and adorned with the company’s logo and an American flag.

Just after 9:30 a.m., the crowd of nearly 100 people clapped and cheered as construction crews hoisted the beam through the air and onto the steel frame of the building.

“It’s special,” Herndon said. “You really become a part of this (the project) because your name is on it.”

AtlantiCare to break ground on Medical Arts Pavilion on Tuesday

The project, which broke ground March 30, is located on the same plot of land as the original Atlantic City Hospital, which opened in a Victorian house on Ohio Avenue more than 100 years ago.

The main goal of the facility is to provide programs which will eliminate health disparities in Atlantic City, particularly infant and maternal mortality.

Black babies born to mothers in Atlantic City die at a rate five times higher than the state average, according to a Rutgers University study noted in a 2018 assessment of Atlantic City’s progress. The report provided strategic advice for the city’s path back to local control. The study also showed a child born to an Atlantic City family is nearly twice as likely to die before his or her first birthday as a child born in Newark.

Women in Atlantic City are more at risk of maternal mortality than women throughout Atlantic County due to a lack of prenatal care and an income below the poverty level, according to the Southern New Jersey Perinatal Cooperative.

In April, the Casino Reinvestment Development Authority approved a three-year community development grant of $1.3 million to support Safe Beginnings, a pre- and post-natal health care program that will operate at the Medical Arts Pavilion.

Safe Beginnings will provide at-home maternal and prenatal services to expecting mothers; a transition care clinic for at-risk babies who have been discharged from the NICU; and a baby safety store, which will provide safety items and educational materials for moms to care for their babies post-pregnancy.

The new building will also provide more classroom space, a 150-seat amphitheater, and a simulation laboratory for medical students and residents to practice patient scenarios.

Herndon said AtlantiCare is working to add dental care to the list of services at the new facility.

“This is going to continue our legacy of taking care of the men, women and children of Atlantic City,” Herndon said.

The CRDA gave final approval to the AtlantiCare project in December. The authority, which has land use oversight in the city’s Tourism District, has allocated more than $15 million toward the project and provided the building lot, estimated to be worth about $3 million, at no charge.

“This project wouldn’t be where it is now if it wasn’t for the city and state leadership as well as CRDA,” Herndon said.

The Medical Arts Pavilion is projected to open in October 2022.

MAYS LANDING — In the wake of Hurricane Ida, which brought flooding and a powerful tornado to the state Sept. 2, Atlantic City Electric is obs…

A crane lifts a beam signed by AtlantiCare employees to be installed as part of the new Medical Arts Pavilion in Atlantic City. 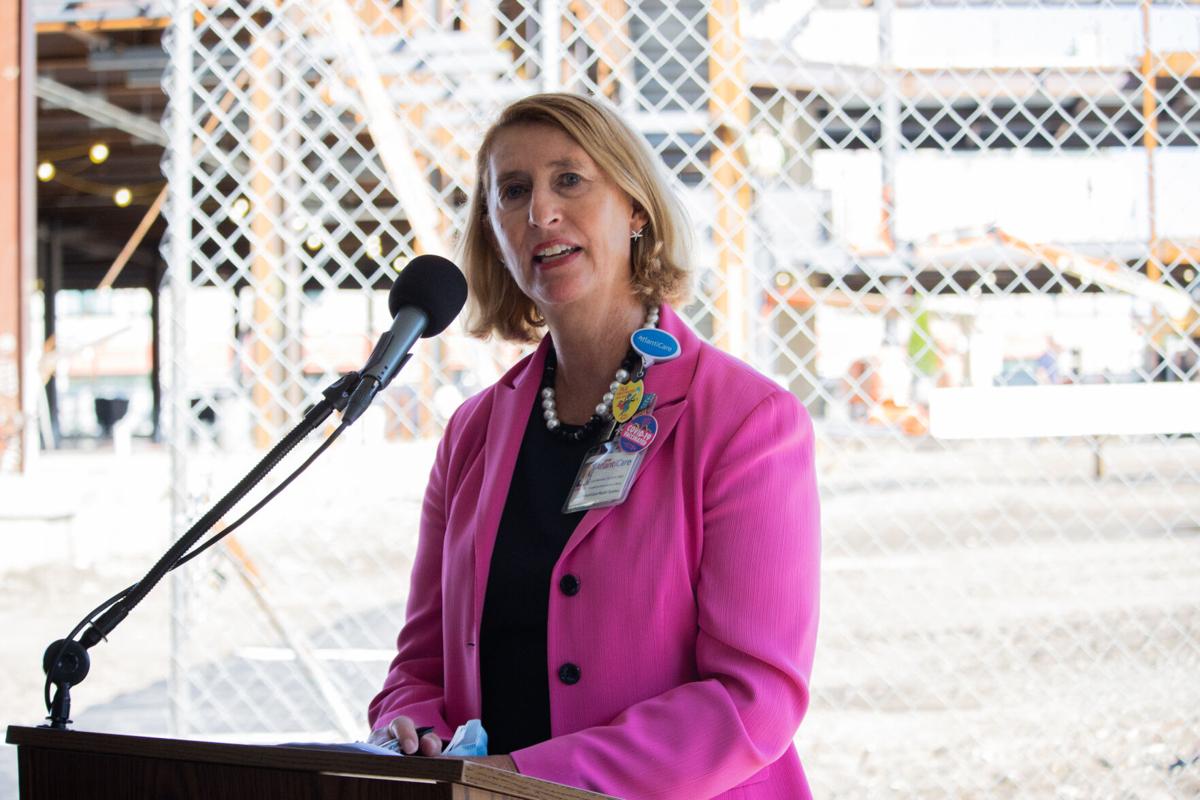