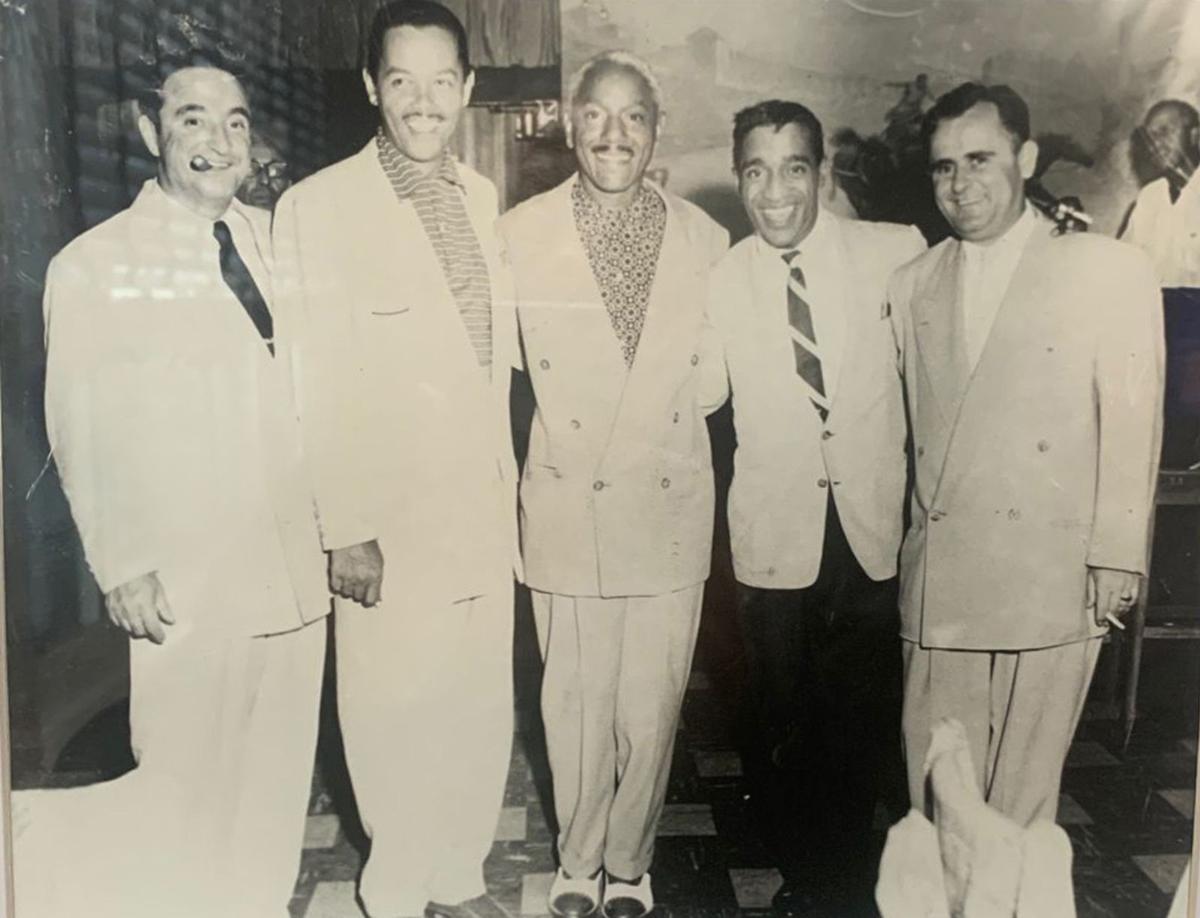 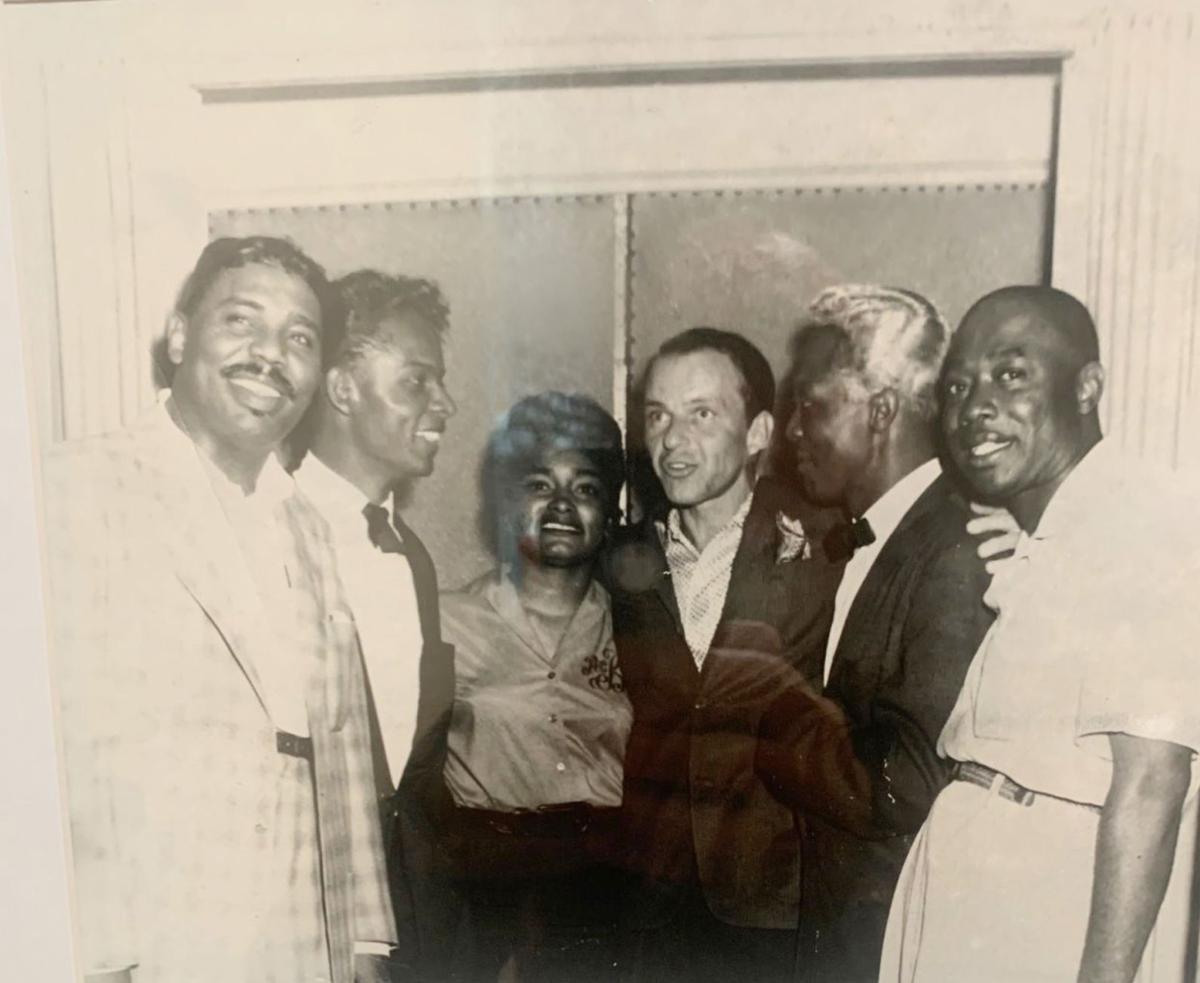 A souvenir photograph, date unknown, from the now defunct Club Harlem, which was located at 32 N. Kentucky Ave. in Atlantic City.

A souvenir photograph, date unknown, from the now defunct 500 Club, which was located at 6 Missouri Ave., Atlantic City.

A photo folder, date unknown, from the now defunct 500 Club, which was located at 6 Missouri Ave., Atlantic City.

Grammy-winning historian and author Jeff Gold noticed something when he received more than 200 exclusive images from a newly discovered photo archive of American jazz clubs from the 1940s and 1950s, including Atlantic City’s Club Harlem, 500 Club and Paradise Café.

The photos, which showed the fans as much as or more than the famous musicians, illustrated that the jazz clubs had more integration between whites and Blacks than the country as a whole at the time.

These clubs were integrated before Jackie Robinson broke the baseball color line when he started for the Brooklyn Dodgers on April 15, 1947, and before the 1954 Brown v. Board of Education U.S Supreme Court decision that ruled racial segregation in public schools was unconstitutional.

Gold interviewed music producer and multi-instrumentalist Quincy Jones, 87, who toured during the 1950s with bandleader Lionel Hampton, for his book, “Sittin’ In: Jazz Clubs of the 1940s and 1950s.”

Some South Jersey blacks have spent decades researching, documenting and spreading the word …

“Back then, it wasn’t about color in the clubs, it was about how good you can play. Racism would’ve been over in the 1950s if they’d listened to jazz guys,” said Jones to Gold.

People old enough to have lived through that era, such as Jones, are increasingly rare, but the children of the artists, employees, managers and owners of the jazz clubs agree that the level of integration in 1940s and 1950s jazz clubs was higher than in the country as a whole.

In Atlantic City, this could be best seen at the now defunct Club Harlem, which sat on Kentucky Avenue between Arctic and Atlantic avenues in the resort’s Black-populated Northside neighborhood.

Karlos LaSane Jr.’s father and mother are both well known in the resort.

In 1968, LaSane Sr. was the first Atlantic County African-American elected to public office as a commissioner of Atlantic City.

Joanna LaSane, who died last year at 83, was a pioneer in Atlantic City’s entertainment and arts scene. She was the founder and director of the Atlantic City Children’s Theatre. She was the first Atlantic County woman to model internationally and appeared in Vogue, Ebony, Glamour, Life, Look and Redbook magazines.

Before they were married, the LaSanes each worked at Club Harlem, LaSane Jr. said. His father was a maître d’ during the summer. His mother also worked there part time as a bartender.

LaSane Jr., who lives in Las Vegas, remembers a couple of Gray Line tour buses pulling up on Kentucky Avenue and anywhere from 35 to 70 white people piling into Club Harlem, where they would sit in booths in the back and on the left and right sides in the main room at the back of the club.

Davis’ mother, Elvera Sanchez, worked as a waitress at Grace’s Little Belmont jazz music bar and lounge at 37 Kentucky Ave., which is not mentioned in Gold’s book, in 1940.

LOWER TOWNSHIP — Swimming, running and biking a combined 31 miles may seem like an individua…

After performing at the 500 Club, Davis would visit his mother there, as would jazz pianist and bandleader Count Basie, jazz singer Sarah Vaughan and jazz and pop singer Billy Eckstine, among others.

Even though Club Harlem is described as a jazz club in Gold’s book, LaSane Jr. said Club Harlem was known for booking the most popular Black entertainers of the time. Many of the singers known as jazz singers now had popular radio hits before the rock ‘n’ roll era started.

“Everybody would come through Atlantic City,” he said.

Joseph Morris, who was known by his stage name, Chris “Crazy” Columbo, was the first of a series of great jazz drummers who grew up or lived in South Jersey, such Art Blakely, Harvey Mason, Peter Erskine and Ralph Peterson Jr.

For 34 years, Columbo played with his own band at Club Harlem. When he wasn’t there, he was drumming at Grace’s Little Belmont.

Morris’ daughter, Shirley Morris, who is also known as Yvette Mathison, 88, lives in Atlantic City. She said her father moved to Atlantic City in 1947. She graduated from Holy Spirit High School in 1952.

“Everybody got along. They would stand in line all the way down to Atlantic Avenue,” said Morris about the line to attend the 6 a.m. Club Harlem breakfast show. “The breakfast show was the show to go to. It was a fun time. You were not afraid of shoot-outs and not afraid of racism.”

Paulajane D’Amato, daughter of the late Paul “Skinny” D’Amato, who’d owned the 500 Club since 1949, used to live above the club until age 11.

“There are photographs of me at 5 years old with celebrities at the club,” said D’Amato, who is 70 and still summers in Margate while spending the rest of the year in Florida. “I used to go to all the rehearsals.”

ATLANTIC CITY — For nearly three decades, the area around Kentucky Avenue was an entertainme…

The 500 Club, which was located at 6 S. Missouri Ave., was not a jazz club, said D’Amato, but a place that allowed entertainers such as singer and jazz pianist Nat King Cole, the late singer and actress Eartha Kitt and the Will Mastin Trio, which featured a young Davis, to perform.

“At the 500 Club, Black people would go for the Black entertainers. Some, who were politically connected, would go to the club,” said D’Amato, who added Club Harlem was known for having more integrated audiences.

Stanford Alten, 79, of Ventnor, is the son of Benny Alten, one of the co-owners of Club Harlem and the Paradise Club.

Alten, who graduated in 1959 from Atlantic City High School, remembers such big names at the time as Dinah Washington, who has been cited as the most popular Black female recording artist of the 1950s, and the late blues singer Big Joe Turner performing in Club Harlem’s main room.

“The crowds are 60% Black and 40% white,” said Alten about the jazz clubs on Kentucky Avenue, which also included the Wonder Garden along with Club Harlem and Grace’s Little Belmont. “The races were also mixed at the high school, but mostly not in other circumstances.”

A souvenir photograph, date unknown, from the now defunct Club Harlem, which was located at 32 N. Kentucky Ave. in Atlantic City.

A souvenir photograph, date unknown, from the now defunct 500 Club, which was located at 6 Missouri Ave., Atlantic City.

A photo folder, date unknown, from the now defunct 500 Club, which was located at 6 Missouri Ave., Atlantic City.