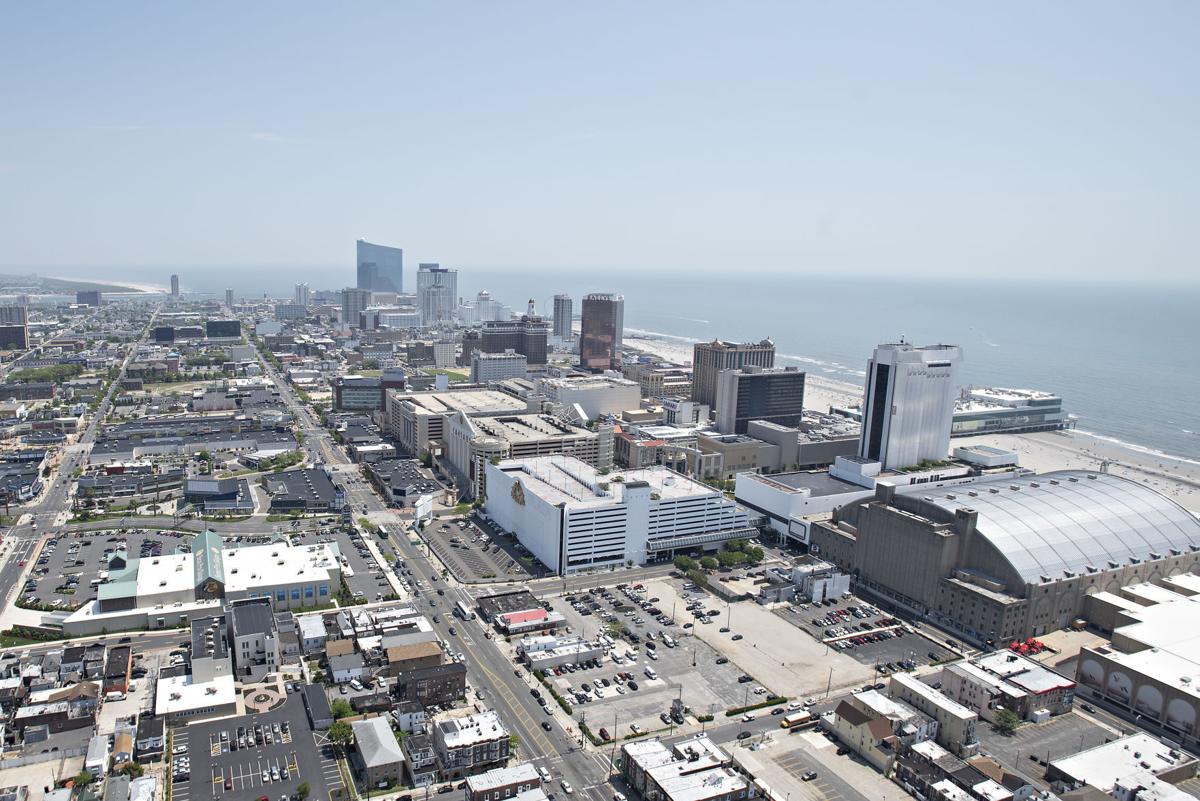 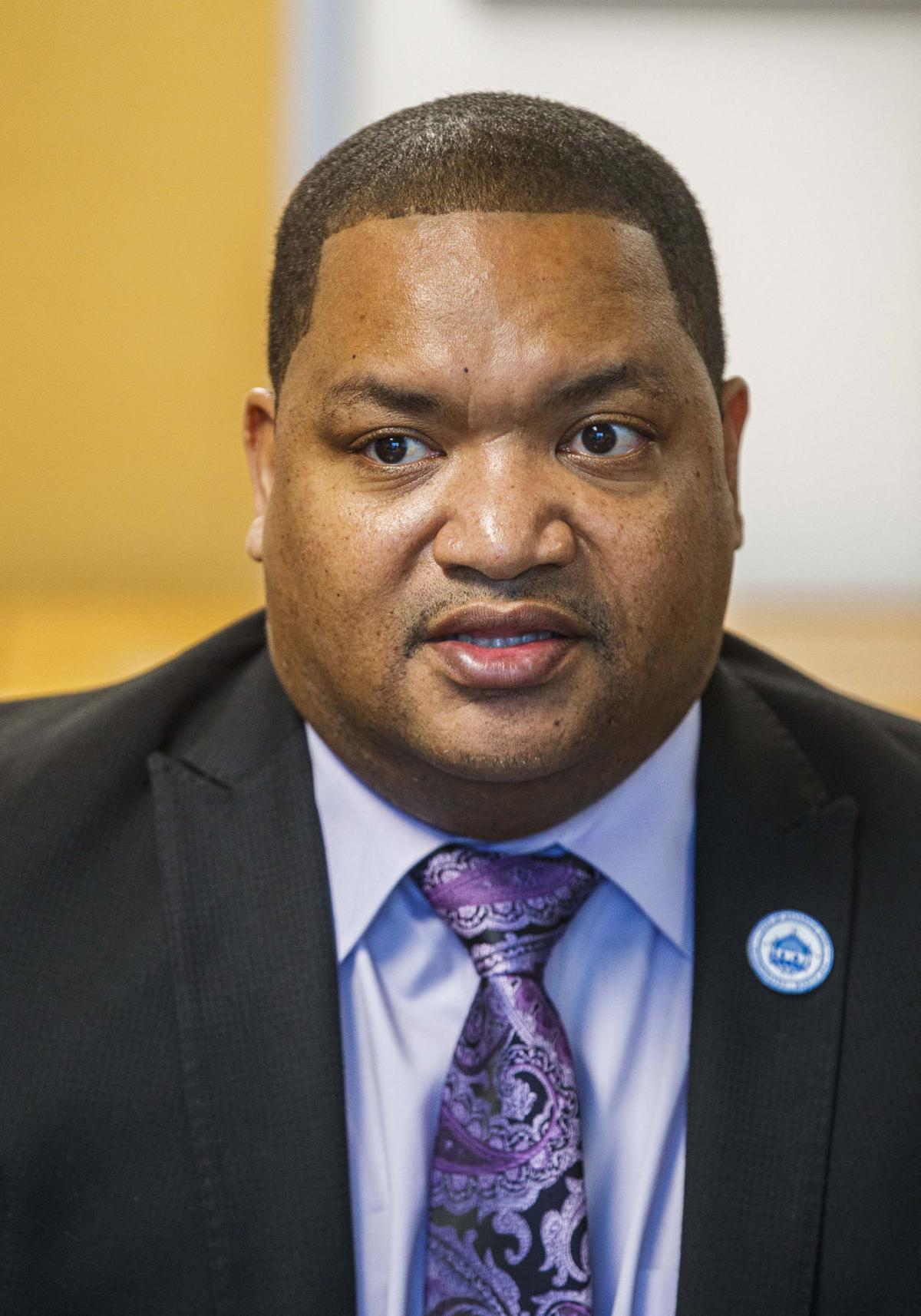 Atlantic City Mayor Marty Small Marty Small at editorial board to discuss the the upcoming referendum on the change of government. Feb 5, 2020 (Craig Matthews / Staff Photographer) 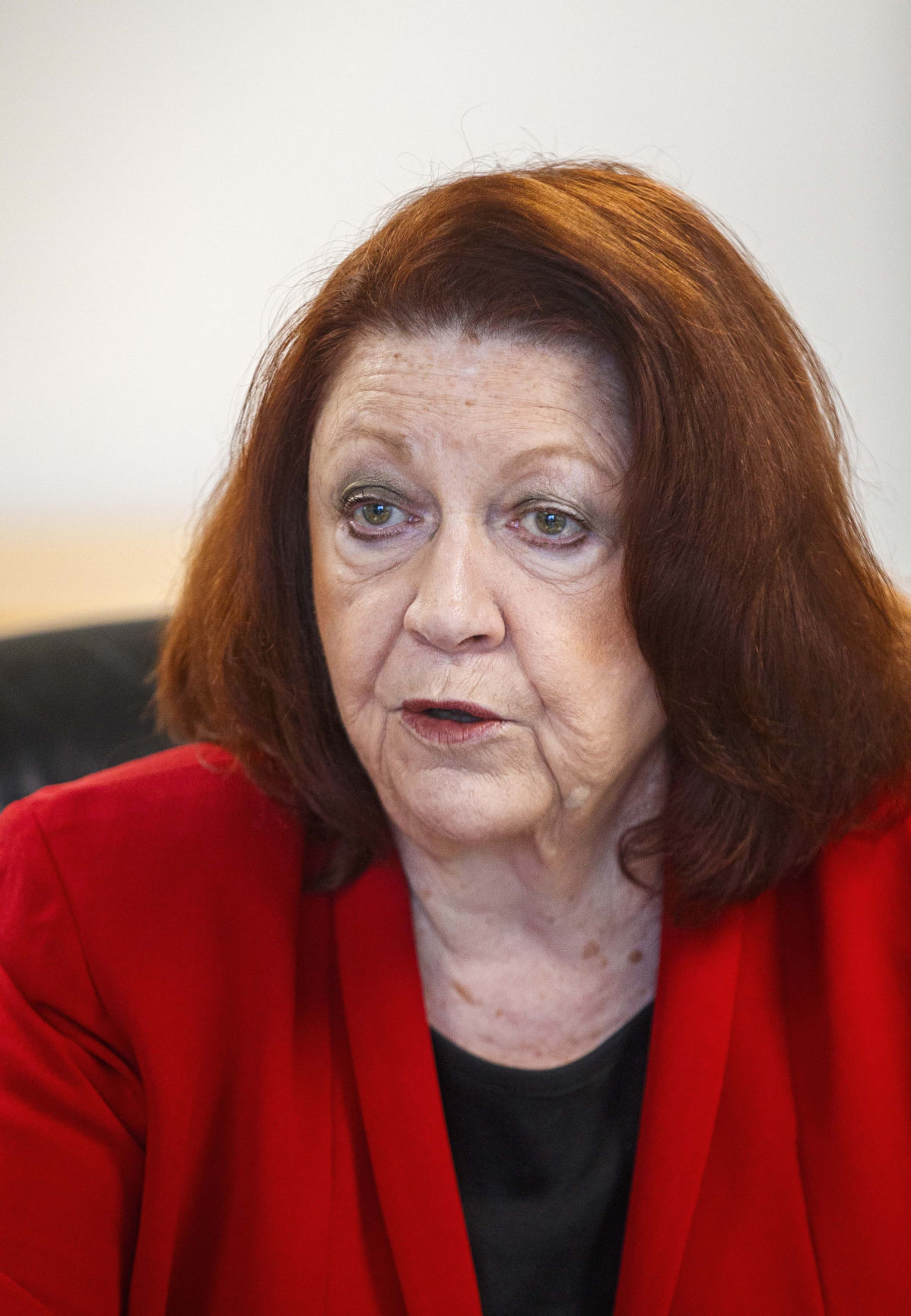 Carol Ruffu at editorial board to discuss the the upcoming referendum on the change of government. Feb 5, 2020 (Craig Matthews / Staff Photographer) 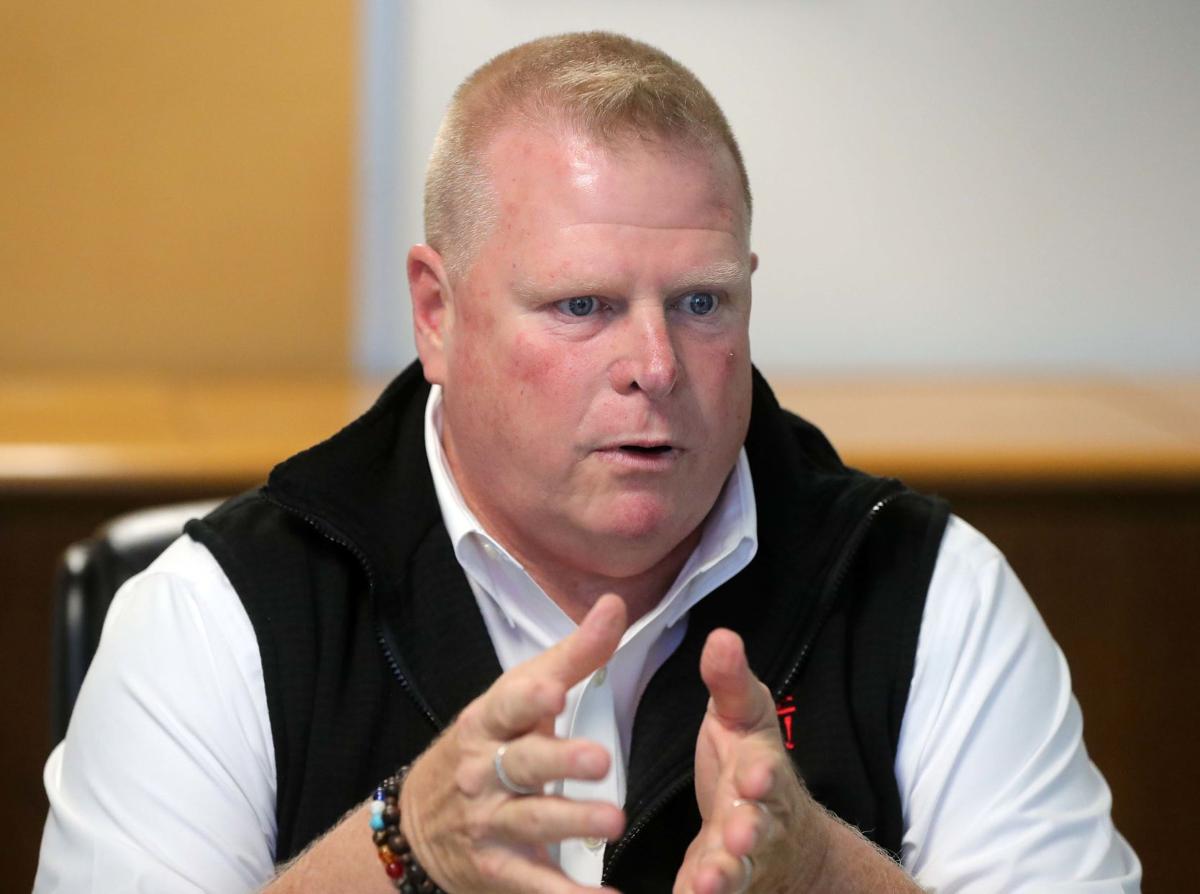 Local 54 president Bob McDevitt speak on the issues regarding the change of government in AC. Sept. 18, 2019 Craig Matthews / Staff Photographer

ATLANTIC CITY — Residents will have a difficult choice March 31 between supporting the status quo or voting in favor of a complete reform of their local government.

A special election scheduled for the end of the month will give voters the option of keeping the city’s current mayor-council form of government or switching to a council-manager format. But some residents feel the two choices are less than ideal, citing concerns over a lack of transparency, exaggerated rhetoric and skepticism about who is involved.

“I go back and forth every day,” said Sean Reardon, a local developer and former candidate for City Council. “It’s a difficult decision. I don’t know if I’ll even have my mind made up until I actually walk into the polls. It’s going to be tough.”

Reardon said he is not opposed to a change “if it was the right circumstance,” but he is leery of the form being proposed. Dissatisfied with both options, Reardon characterized the current City Council as “incompetent” and the people behind the change effort as “a bit shifty.”

“Greed is evil. Ignorance is not,” he said. “The ‘yes’ vote is greed. It’s more of the unions and the state or casinos trying to control the city. But ignorance is what we have right now.”

In addition to Bailey’s significant financial support — he has contributed more than $179,000 according to state election data — a number of labor unions with ties to South Jersey have also donated, including Iron Workers Local 399, the organization for which Senate President Steve Sweeney serves as general vice president.

Geoff Rosenberger, another former candidate for public office, said people in Atlantic City are fed up with a lack of adequate representation, both locally and on the state level. However, he wondered whether that can be corrected by electing a better quality of representation or if an entirely new structure is necessary to correct decades of failed leadership.

“The question is: can we fix our current system?” Rosenberger asked. “Or is the only alternative a new system?”

Even those most opposed to the change of government being proposed recognize there may be better options than what currently exists.

During an editorial board meeting with The Press of Atlantic City last month, Mayor Marty Small Sr. and Carol Ruffu, president of the Chelsea Neighborhood Association and co-founder of Civic Associations of Atlantic City United, said they support a reduction in the number of at-large council members to streamline local government.

But Ruffu said the potential for the proposed form to disenfranchise residents and a belief that those seeking power are only doing so for their own gain was too great a risk. At civic association and community meetings, Ruffu said the focus has been on educating residents as to what they could potentially lose, particularly the right to initiative and referendum.

“There’s a vibe in the room that they want to see something that changes government,” she said. “But we have to explain to them why it can’t be this form of government.”

Scott Heath, a city resident who runs a popular Facebook group, called “Atlantic City /Boardwalk/Beach/Community Page,” that routinely shares community information, is among the voters who are still undecided. Heath said he has reservations about the proposed change because it eliminates the residents’ right to petition their government.

But, he is also aware of the city’s current problems with public safety, corruption and residents’ overall quality of life. He does not fault McDevitt — who he used to work with at Unite Here Local 54 — for highlighting them in the pitch to change the government.

But Heath, like many residents, just wants answers to basic questions, such as what will the new government do to address systemic issues and how will those plans be paid for.

“A lot of Bob’s points, he’s right on,” Heath said. “But how does the change of government plan to address (them)? That’s not a topic that I’ve heard much about.”

Future of Atlantic City special election could be decided Thursday

The Atlantic County Clerk’s Office will begin sending mail-in ballots to voters in Atlantic City and Ventnor on Friday.

Tuesday should have been one of the simplest of Election Days in Atlantic and Cape May counties, with only three municipalities in the region …

What to know about Atlantic City change of government referendum

On March 31, registered voters will decide whether to change Atlantic City’s form of government. The yes-or-no ballot question will ask voters…

ATLANTIC CITY — The takeover legislation passed in 2016 gives the state broad authorities over the city, but rejecting a successful referendum…

What you need to know about the Atlantic City referendum

On March 31, registered voters will decide whether to change Atlantic City’s form of government. The yes-or-no ballot question will ask voters…

ATLANTIC CITY — A referendum to change the city’s form of government will be held this spring after an initially rejected petition was deemed valid.

Atlantic City Mayor Marty Small Marty Small at editorial board to discuss the the upcoming referendum on the change of government. Feb 5, 2020 (Craig Matthews / Staff Photographer)

Carol Ruffu at editorial board to discuss the the upcoming referendum on the change of government. Feb 5, 2020 (Craig Matthews / Staff Photographer)

Local 54 president Bob McDevitt speak on the issues regarding the change of government in AC. Sept. 18, 2019 Craig Matthews / Staff Photographer 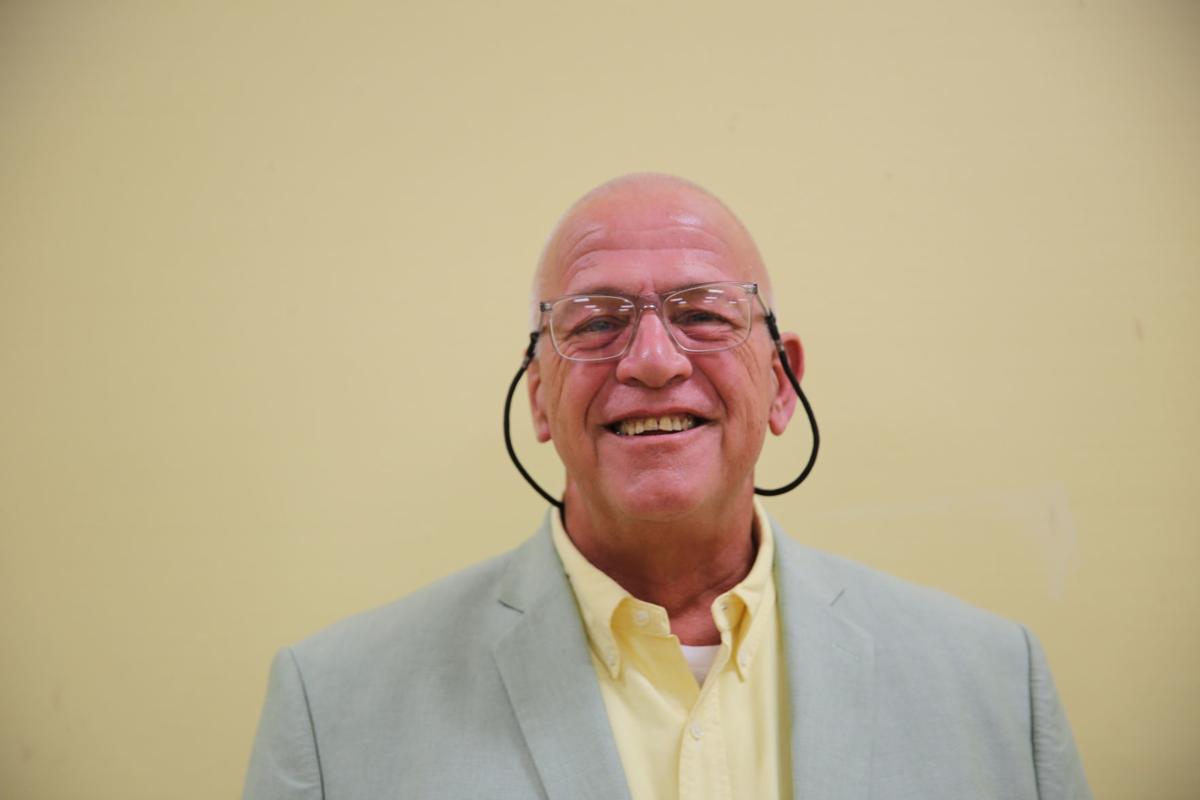 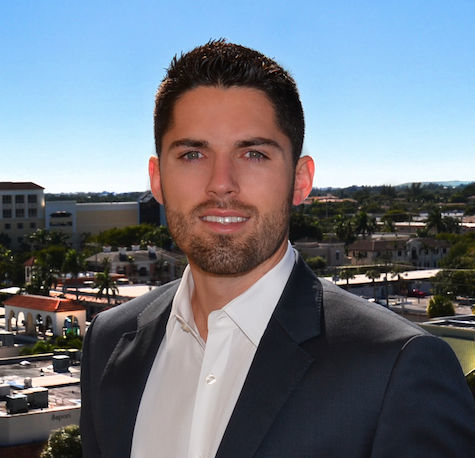