For the two contenders seeking a one-year unexpired term as chief executive of Atlantic City, campaigning during the coronavirus pandemic is basically old hat.

Both Mayor Marty Small Sr. and Thomas Forkin worked against a citywide change of government referendum in the spring, and the incumbent survived a three-way Democratic primary in the summer, each of which was almost entirely vote-by-mail.

An increase in social media communication, fewer in-person forums and targeted canvassing are elements both campaigns have employed as a result of COVID-19’s impact on this year’s general election, in addition to traditional standbys, such as mailers and media spots.

“We had two times to practice,” Small said of his campaign team. “It is a different type of an election. ... We just want to continue to take our message to the voters and earn the voters’ confidence.”

ATLANTIC CITY — State oversight of the city is set to expire next year, but the second highe…

Forkin, the former chair of the Atlantic City Democratic Committee who is now seeking office as a Republican, said the big takeaway from May’s unsuccessful referendum campaign was that residents want change — just not the kind offered by the new-government proponents — and his strategy has been to embrace that preference among voters.

“Our goal is to meet that desire for change and ensure that the promises of casino gaming are kept for the residents of Atlantic City, to which they have not been for the past 40 years. The cornerstone of those promises (were) lower taxes and higher employment,” Forkin said.

Small and Forkin will square off in a televised debate at 7 p.m. Tuesday from inside the Fannie Lou Hamer Room on the Atlantic City campus of Stockton University. The two candidates recently participated in a virtual/radio debate on WOND-AM 1400’s “Off The Press with Scott Cronick,” which can be viewed on the host’s Facebook page.

The candidates are vying for the remaining year of the term left by former Mayor Frank Gilliam Jr., who is awaiting sentencing by a federal court for stealing more than $87,000 from a youth basketball program.

Small, who has been serving as mayor since October 2019, said the past year has been rife with challenges — including the push to change the government, COVID-19 and a day of looting and vandalism borne from national social unrest — that no one could have predicted.

A sentencing hearing for Frank Gilliam Jr. has been delayed a sixth time, without explanatio…

“Those are things you deal with (over the course) of a full term, but I had to deal with all of that in the first few months,” he said. “But, like I’ve said, my life experiences have prepared me for this moment. I haven’t walked in here one day not knowing what to do. I got my opportunity, and I believe I’m making the best of it.”

Small said his campaign is focused on the successes of the past 12 months, citing the demolition of the former Trump Plaza, a second municipal property tax decrease in five years, securing two coronavirus testing sites for residents and the restoration of a city health department as examples.

Meanwhile, Forkin has homed in on issues he and a handful of others have been harping on for years and believe no one in either city or state government is willing to change. The casino payment-in-lieu-of-taxes legislation, the creation of the Casino Reinvestment Development Authority’s Tourism District and the annual siphoning of casino-related taxes and fees by Trenton are all problems Forkin says will continue to chip away at local control and exacerbate Atlantic City’s fiscal problems.

“We must challenge the state on its unconstitutional taking of our municipal assets and inequitable taking of our tax resources,” Forkin said.

The state remains in control of Atlantic City until at least 2021, although Lt. Gov. Sheila Oliver and other state lawmakers have indicated the need for oversight to extend further.

“We must return our city control back to our community, which means hiring directors who live in the city, having weekly town hall meetings to address community concerns, challenging the state directly as to the unconstitutionality of the casino PILOT and state takeover, retaining the luxury, room and parking tax in Atlantic City, and using that revenue stream to pay the public safety budget, thus stabilizing property taxes, sparking home ownership and small business development,” Forkin said.

The need for additional city revenue from casino-related sources is something Small and Oliver have advocated for, with both testifying in Trenton before a legislative committee last year. City government also proactively enacted a 2% municipal tax on cannabis sales, anticipating the statewide ballot question on legalizing recreational marijuana will pass.

Even without additional revenue, Small said he has plans to implement new city programs for youth, recreation, seniors, violence prevention and health.

“People know me — I’m a man of my word, first and foremost. I don’t (say) I’m going to do anything unless I know it’s going to get done. I don’t play those games,” Small said.

On his desk, Small has a coffee mug gifted to him by Jim Johnson, the former special counsel to Gov. Phil Murphy. The mug has the words “We’ve always done it this way” inside a red circle with a slash through them. Small said it is a reminder that Atlantic City cannot repeat the mistakes of the past.

“I love a challenge, and I would have it no other way than to be leading this great city during these challenging times and be responsible for the ultimate comeback story, which is Atlantic City,” Small said.

As far as how he would approach a mayoral tenure, Forkin said it was about “service above self.”

What were the biggest jackpots scored at Atlantic City casinos in September?

Won Sept. 26 on Pillars of Asgard on BORGATACASINO.COM

Won Sept. 12 on VoltsAndBolts on TROPICANACASINO.COM

New Jersey voters intend to approve legalizing marijuana on Election Day by a ratio of 2 to 1, according to a poll released Friday by Fairleig…

Biggest backer of legal marijuana in N.J. is a company best known for battling weeds

Who’s funding the effort to legalize cannabis for recreational use in New Jersey?

ATLANTIC CITY — Total gaming revenue for the city’s nine casinos was up 3% in September compared to last year, ending a six-month streak of de…

CAPE MAY — A car parade of President Donald Trump supporters drove through the city Sunday.

ATLANTIC CITY — Not many people can say 2020 was a good year for them, but Mayor Marty Small Sr. can.

ATLANTIC CITY — Bidding on the chance to push the button that blows up the former Trump Plaza Hotel & Casino is up to $50,000 as of Saturd… 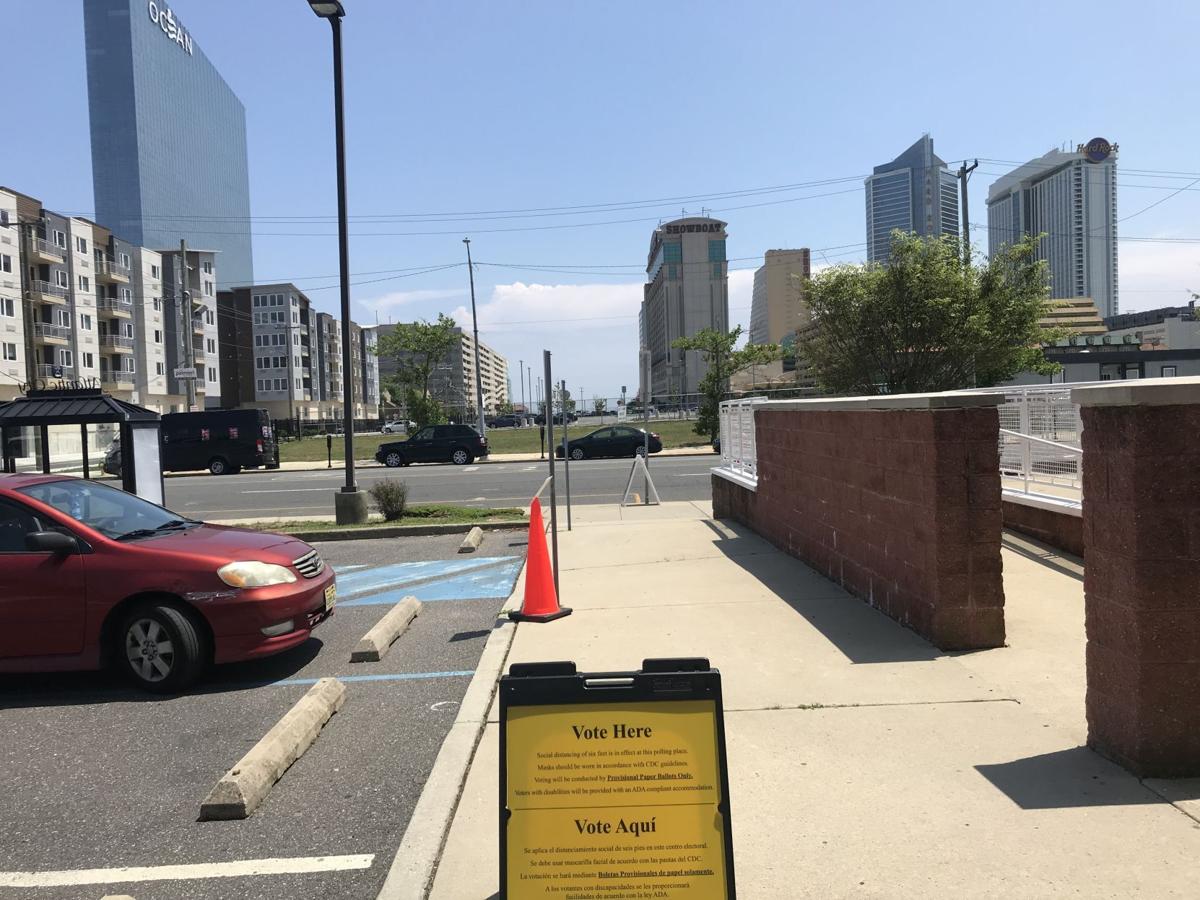 The 2020 general election will be conducted almost exclusively via vote-by-mail, including the race for Atlantic City mayor. 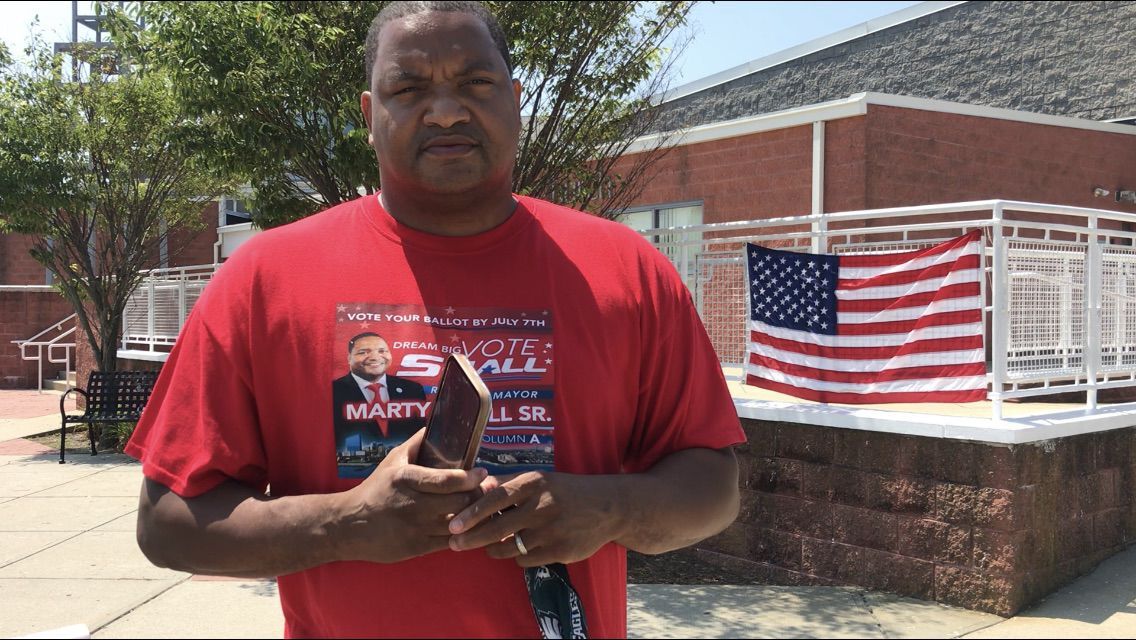 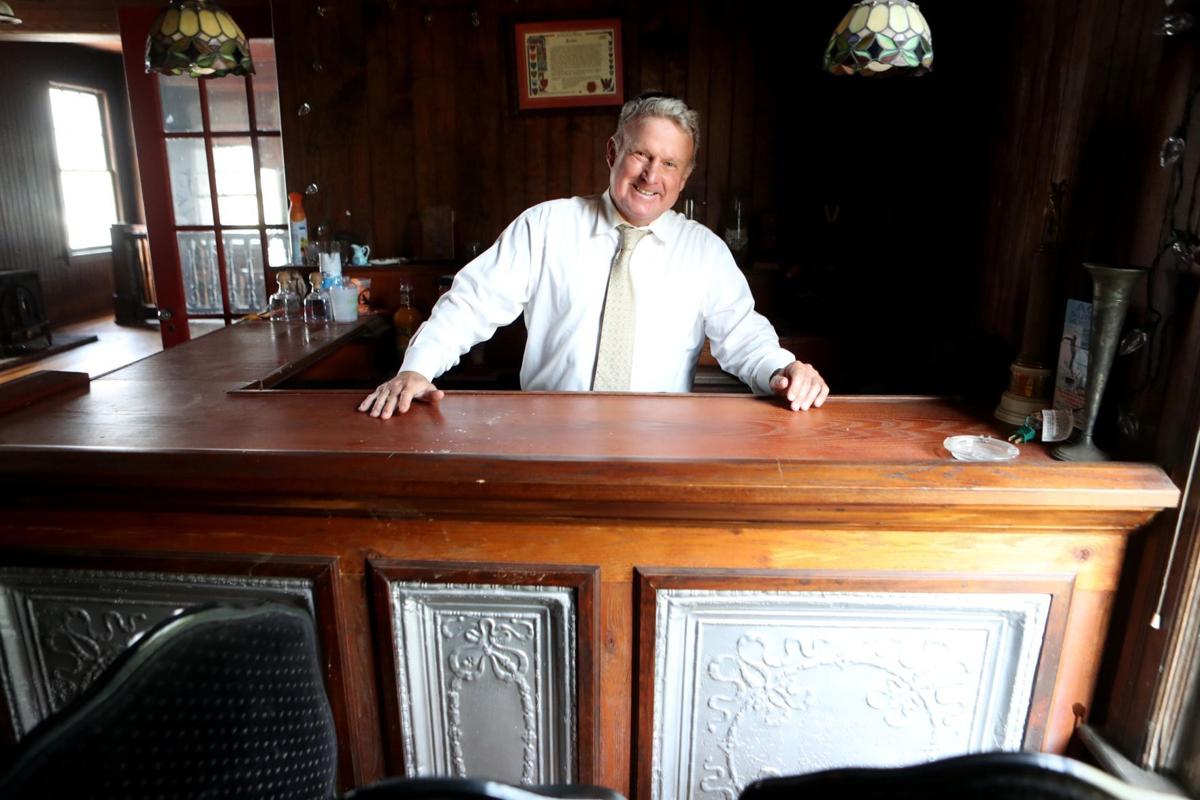