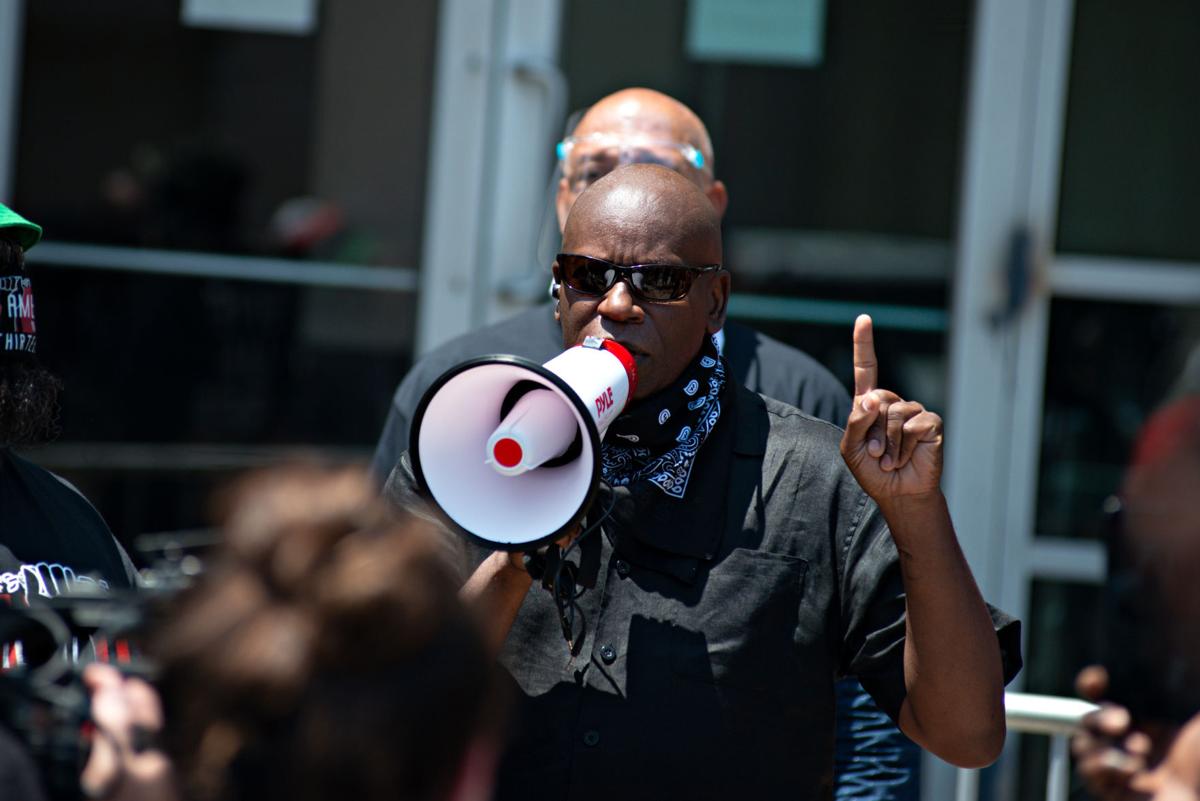 Steve Young leads a protest against police violence July 4 in Atlantic City, which ended with him arrested after attempting to block the entrance to the Atlantic City Expressway.

Young, 60, who has a seat on the Citizens Advisory Board and is chairman of the Planning Board, was arrested last month after organizing a Black Lives Matter protest aiming to “shut the city down.” Both positions are unpaid.

It was one of many protests throughout South Jersey in the wake of the May 25 death of George Floyd in Minneapolis while in police custody.

The resolution does not remove Young from his seats but starts the process, city Solicitor Robert Tarver said. Young will receive written notice of allegations against him, and he has an option to have a hearing. Then, council would vote on whether to remove him.

Young, who said he was participating in the March on Washington on Friday, the 57th anniversary of the Rev. Martin Luther King Jr.’s “I Have a Dream” speech, said he looks forward to the hearing.

“I will continue to fight for what’s right,” Young said. “For them to spend time to talk about taking away something that’s a volunteer position that I volunteered for the community in planning and dealing with crime and police violence — what they should be spending their time with is having a hearing on the police issues and crime and the violence happening in Atlantic City.”

He said he plans to continue to fight systemic racism “with or without having a title on the board.”

State officials, who have held control of the city since 2016, told council last week it had to pull the resolution.

The state Department of Community Affairs, the agency with direct oversight of Atlantic City, has not returned a request for comment.

The July 4 demonstration followed two other protests in the resort. The first demonstration May 31 ended in looting and destruction for which about 100 people were charged, while a second demonstration June 6 was peaceful.

However, the protest Young organized came just as casinos were finally permitted to reopen after a nearly four-month shutdown amid the COVID-19 pandemic. It ended with seven arrests, including Young, when marchers attempted to block the entrance of the Atlantic City Expressway.

They were charged with obstructing a highway and refusing to obey a reasonable official request, and appeared virtually in Pleasantville Municipal Court on Monday, according to court staff. The next hearing date has not been set.

Young also has planned a rally for 1 p.m. Sept. 4, aiming to paint “Black Lives Matter” on the Boardwalk in front of Jim Whelan Boardwalk Hall, with a visit from Terrence Floyd, George Floyd’s brother.

Painting the Boardwalk is illegal, per city code.

Sheriff: No evidence of impairment in Woods crash

Sheriff: No evidence of impairment in Woods crash

The hour-long demonstration near Jim Whalen Boardwalk Hall was peaceful, with several speakers taking turns talking about previous protests an…

Atlantic City activist resigns from county Democratic Committee, arguing it has been unresponsive to calls for justice for Black community

ATLANTIC CITY — The Black vote has been taken advantage of for profit and white interests, a city activist said in a Monday letter in which he…