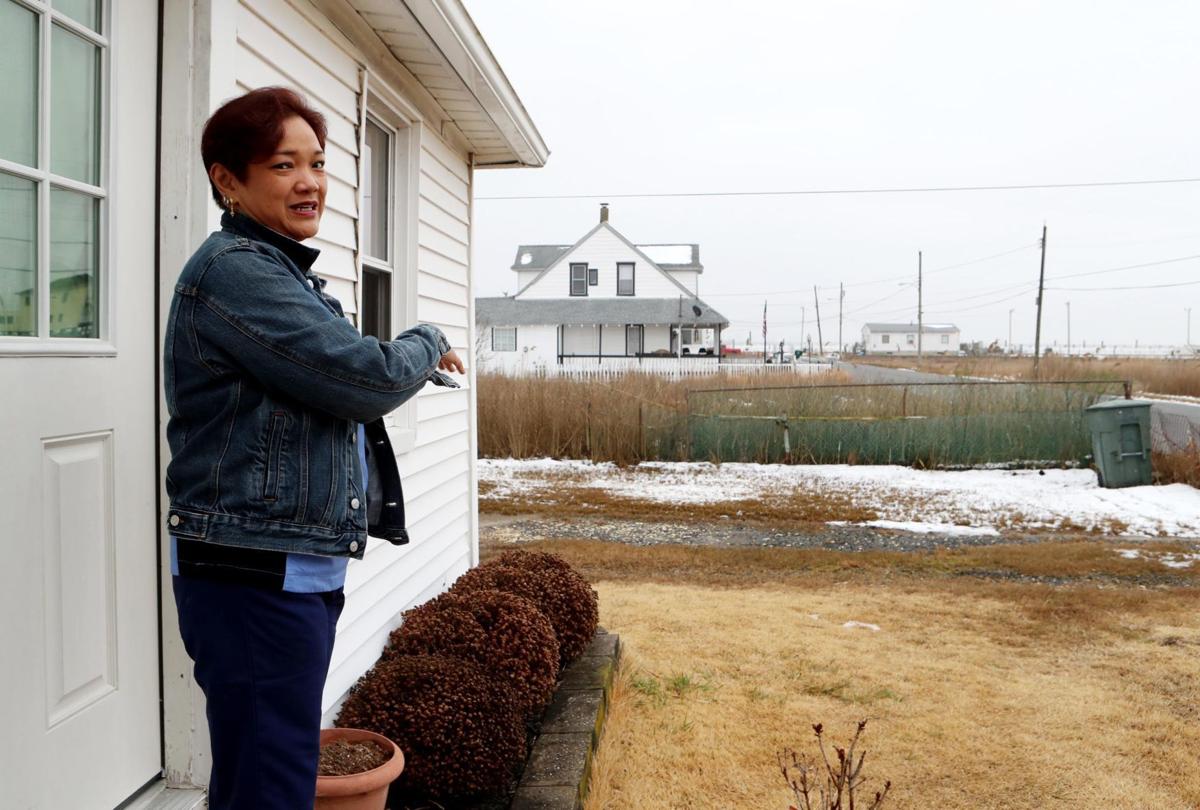 ‘It’s a dream to be living by the water,’ Ailyn Deguzman says of her home on East Edgewater Avenue on Lakes Bay in Pleasantville. ‘I wouldn’t leave.’ 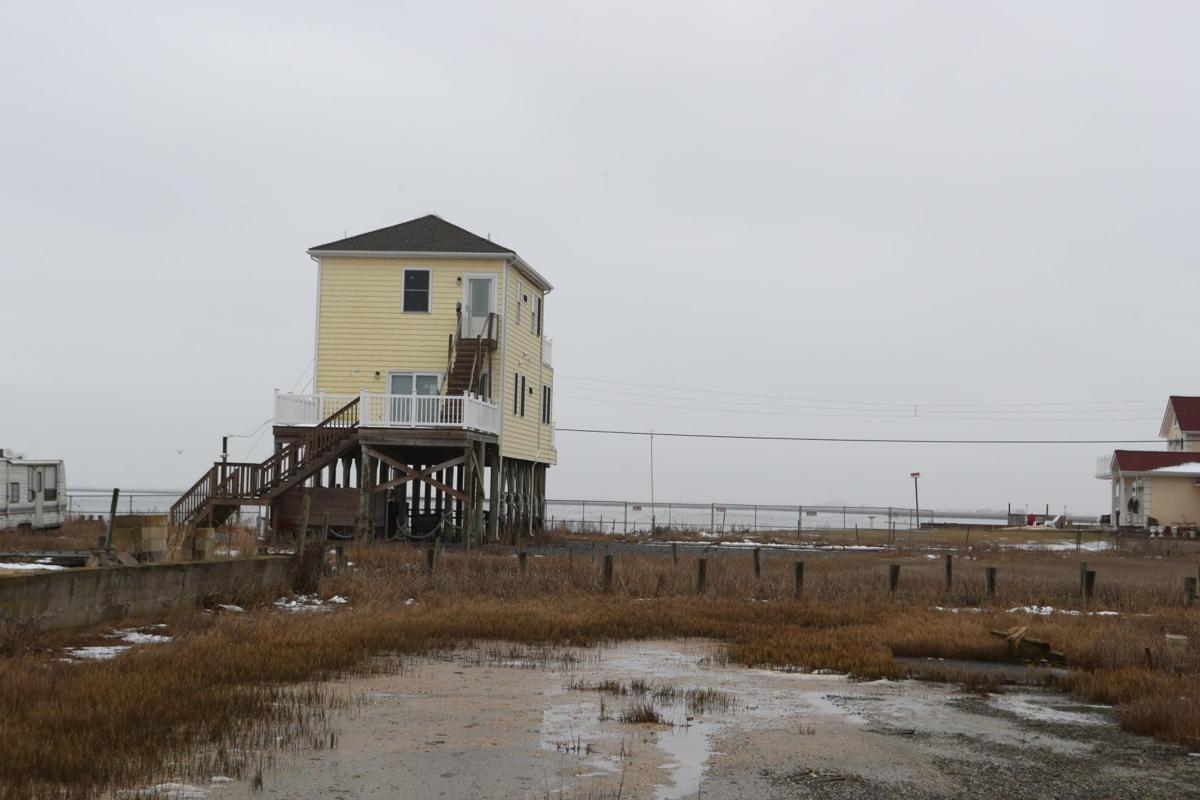 Twenty-five homeowners on Lakes Bay in Pleasantville are eligible for buyouts from the state’s Blue Acres program. 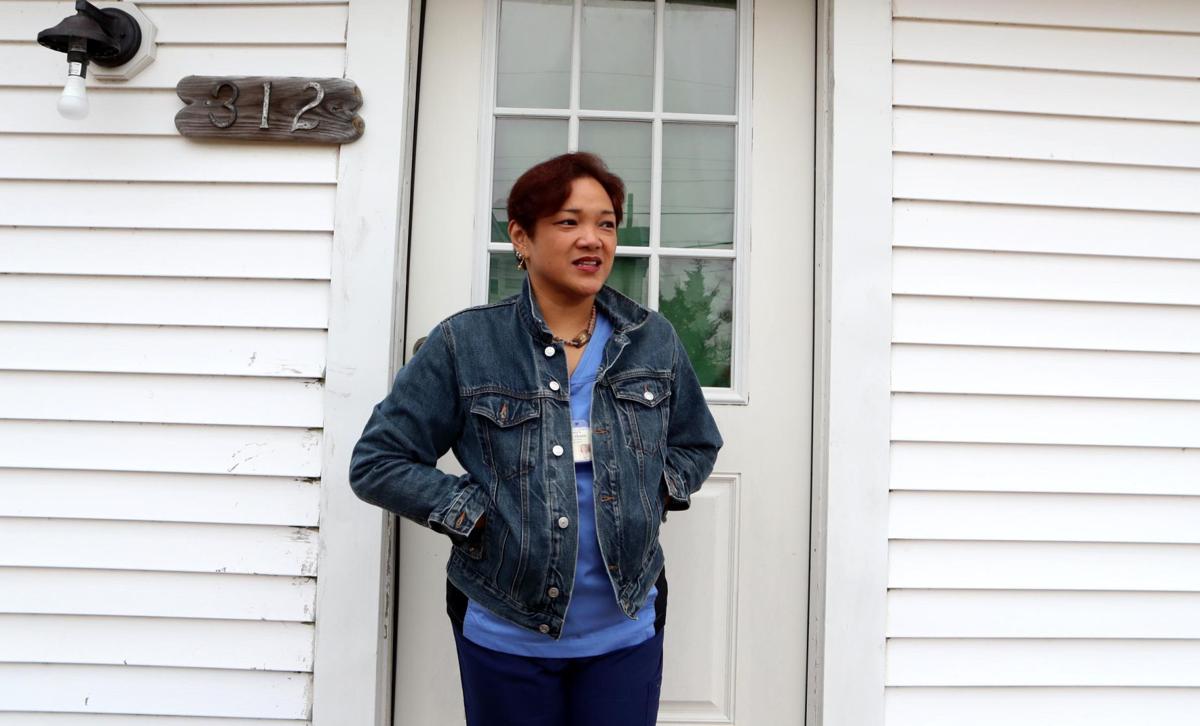 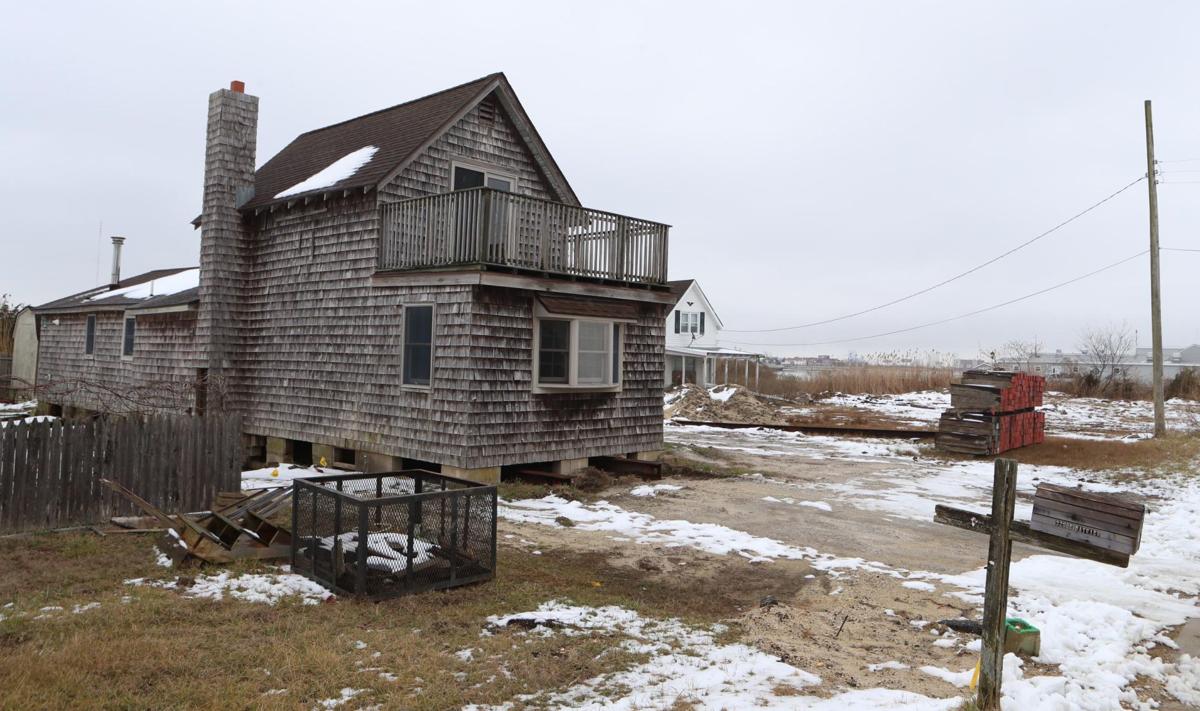 Home owner who may have gotten offers in Lakes Bay in Pleasantville from the state to move Friday Jan. 18, 2019. 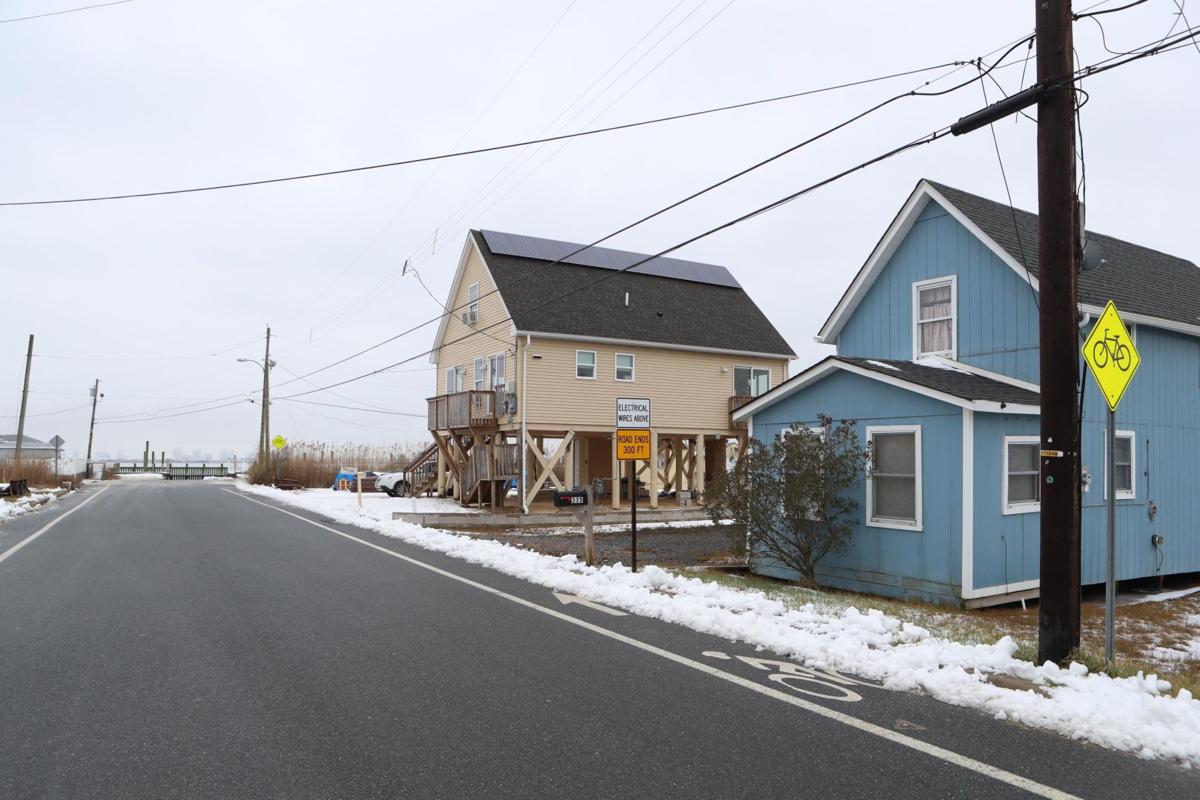 Home owner who may have gotten offers in Lakes Bay in Pleasantville from the state to move Friday Jan 18, 2019. Press of Atlantic City / Edward Lea Staff Photographer

PLEASANTVILLE — Standing outside her Lakes Bay home, Ailyn Deguzman points to a 4-foot-long wooden log blocking the gravel driveway next to her house.

It’s there to keep visitors from parking in a spot that frequently gathers flood and rain water. Despite the headaches of living beside water, Deguzman calls her new bayside home “a dream” and says moving inland doesn’t cross her mind.

“It’s a dream to be living by the water,” Deguzman said. “I wouldn’t leave.”

As Deguzman settles into a home she bought only a year ago, the U.S. Army Corps of Engineers’ decades-long study on back-bay flooding will look at the possibility of moving people away from the coastline. A draft report released after the spring will address the cost of retreating.

The federal government has successfully relocated families in parts of the U.S., such as Louisiana after Hurricane Katrina. It’s done by acquiring property from homeowners willing to sell and razing them.

There’s a high initial cost, but some say relocation could pay off in the long run with Rutgers researchers predicting sea levels to rise up to 8 feet by 2100.

“Retreat is on the table, we just need to do our analysis,” said J.B. Smith, Army Corps project manager.

It’s already happening on the state level, but the idea hasn’t made headway on the shores of Atlantic and Cape May counties.

Under New Jersey’s Blue Acres program, the state is making offers to residents in Deguzman’s Pleasantville neighborhood to purchase properties, demolish them and turn the land into green space to absorb flood water. The program uses $300 million in federal disaster recovery funds.

Nearly 650 demolitions have taken place across the state, but mostly in North Jersey communities close to rivers, such as Woodbridge and Sayreville. Pleasantville is the only municipality in Atlantic County participating in Blue Acres.

“Usually it’s death that takes them out (of the shore),” said Stewart Farrell, director of Stockton University’s Coastal Research Center. “But at some point, there might not be anything showing even at low tide on Absecon Island except the buildings.”

He said the average turnover rate in coastal communities like Stone Harbor and Avalon is about 5 percent.

The state focuses its efforts on buying large clusters of homes, rather than individual properties.

No such clusters exist on the barrier islands, said Department of Environmental Protection spokesman Larry Hajna. Residents might find it more cost effective to elevate their homes, want to hold onto valuable properties or simply feel comfortable with local flood plans.

Officials on barrier islands don’t see retreat as a viable option either.

Home values are high in many coastal communities such as Longport, Margate and Avalon, and the amount of money needed to purchase and raze sections of those communities could be astronomical. In Ocean City alone, there are 400 owner-occupied housing units valued at more than $1 million, according to Census data.

Property taxes are higher in coastal communities, and each house contributes significantly to a town’s tax base. That makes buyouts less popular among local leaders. The densely populated Ocean City has $11.8 billion in ratables.

Still, Ocean City tries to curb development when possible, Donato said. About five years ago, he said, officials were prepared to buy a defunct marina that could have been converted into bayfront condominiums, but former owners stepped in to maintain the marina.

Steve Hauck, owner of the house moving company SJ Hauck, predicts retreat will happen in less than a century.

For now, he says raising homes is the immediate solution and buys a person about 80 or 90 years of flood relief. The company elevated 250 homes in the past 12 months.

“Elevations is the first phase,” he said, “and relocation is the second phase... 80 years from now, you might need a boat to get to your house.”

Along Lakes Bay, an emotional attachment to the coast has kept some from participating in the program.

Of the 25 residents deemed eligible for buyouts in September, Hajna said “a few” have accepted as of Friday.

“It’s one of the most difficult decisions a person has to make,” Hajna said.

Staring across Lakes Bay at Atlantic City’s skyline, Jean Ashley said she’s never leaving the home she’s owned since 1982. It’s where she’s made memories with her recently deceased sister over the past 30 years.

After Hurricane Sandy struck in 2012, she thought about moving inland to start over, away from the frequent flood waters. She applied to the Blue Acres program but didn’t participate. Instead, Ashley decided to elevate her home, a feat that will cost at least $140,000.

We’ll have another round of heavy rain and rising temperatures Wednesday night into Thursday as the polar plunge exits.

Money talks, and says retreat from shore flooding is far off

One of the problems of a warming planet is glacial, the melting of ice that contributes to rising sea levels and flooding. The flight from tha…

Could Atlantic City be the headquarters for climate change research?

81% of the Jersey Shore is paved, and water has nowhere to go

For this Brigantine artist, elevated shore homes are blank canvases

BRIGANTINE — Drive down 26th Street, and one house, in particular, is bound to catch any passerby’s eye.

ATLANTIC CITY — Pat and Alonzo Bailey live in a modest, one-story house two blocks from the bay in Bungalow Park.

The number of people living in Atlantic and Cape May counties continues to decline, a trend experts say can be attributed to aging populations…

Sea-level rise will make most of Atlantic City uninhabitable by 2100, report says

When Longport was longer: The storms that ate 10 blocks of Absecon Island

LONGPORT — The summer drive down Atlantic Avenue toward the ocean is almost always pleasant. Beautiful mansions line the road and the sea bree…

WASHINGTON — U.S. Rep. Jeff Van Drew, D-2nd, has been appointed to the House Committee on Agriculture, as he expected, he said Friday.

The U.S. Department of Agriculture will reopen some Farm Service Agency locations temporarily to perform specific services for farmers and ran…

‘It’s a dream to be living by the water,’ Ailyn Deguzman says of her home on East Edgewater Avenue on Lakes Bay in Pleasantville. ‘I wouldn’t leave.’

Twenty-five homeowners on Lakes Bay in Pleasantville are eligible for buyouts from the state’s Blue Acres program.

Home owner who may have gotten offers in Lakes Bay in Pleasantville from the state to move Friday Jan. 18, 2019.

Home owner who may have gotten offers in Lakes Bay in Pleasantville from the state to move Friday Jan 18, 2019. Press of Atlantic City / Edward Lea Staff Photographer