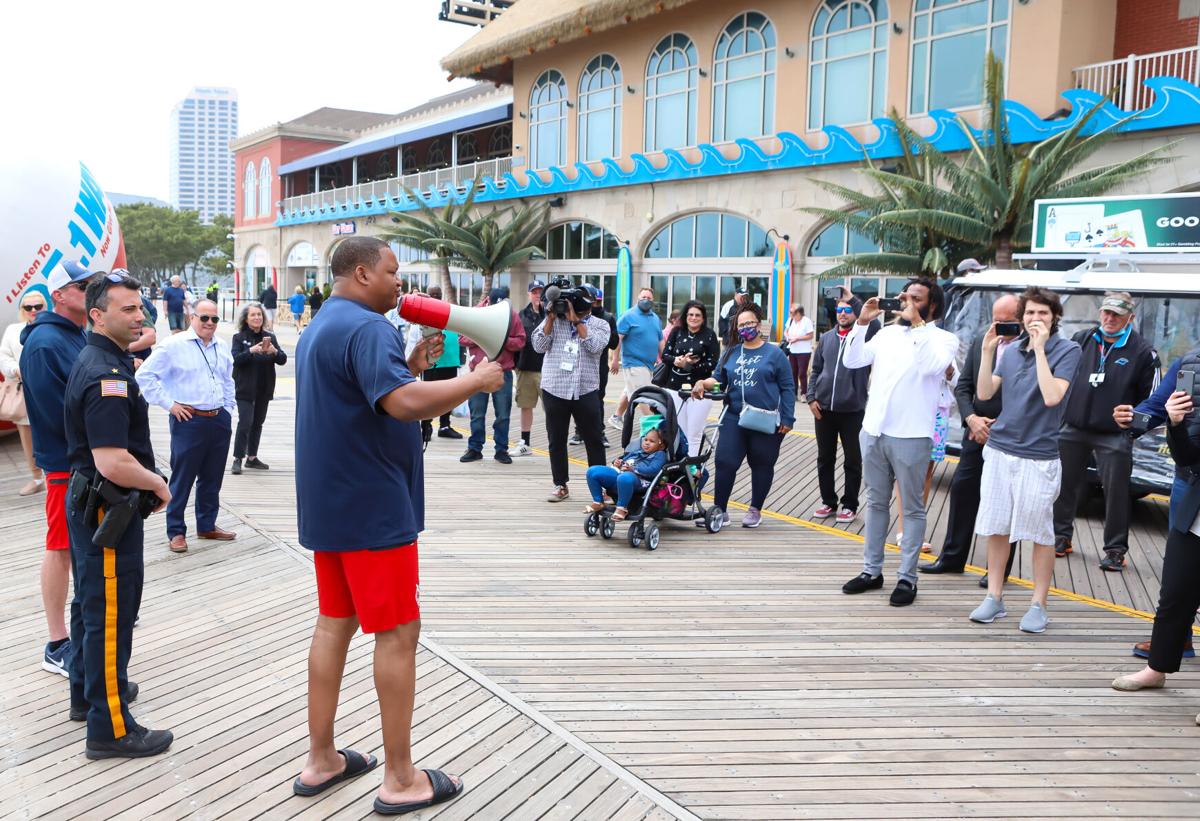 Atlantic City Mayor Marty Small Sr. addresses onlookers on the Boardwalk outside Resorts Casino Hotel as he prepares to “unlock the ocean” on Friday to mark the start of Memorial Day weekend. 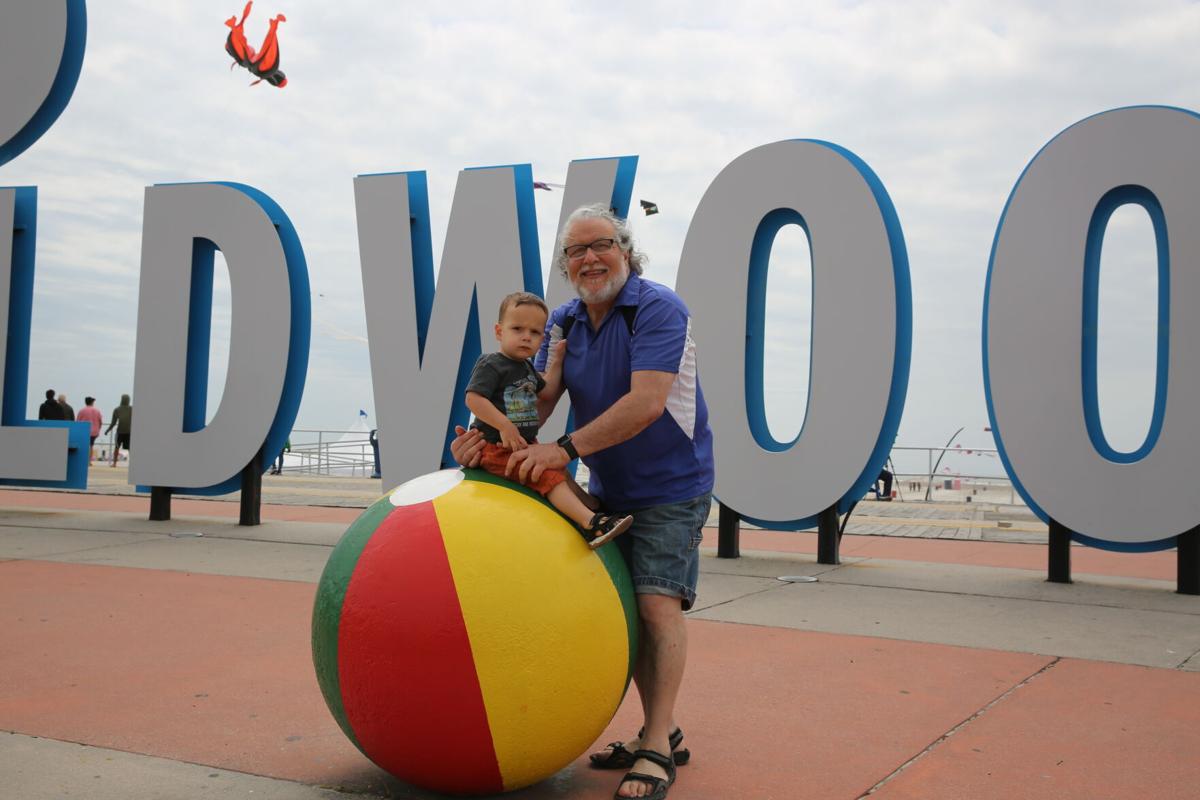 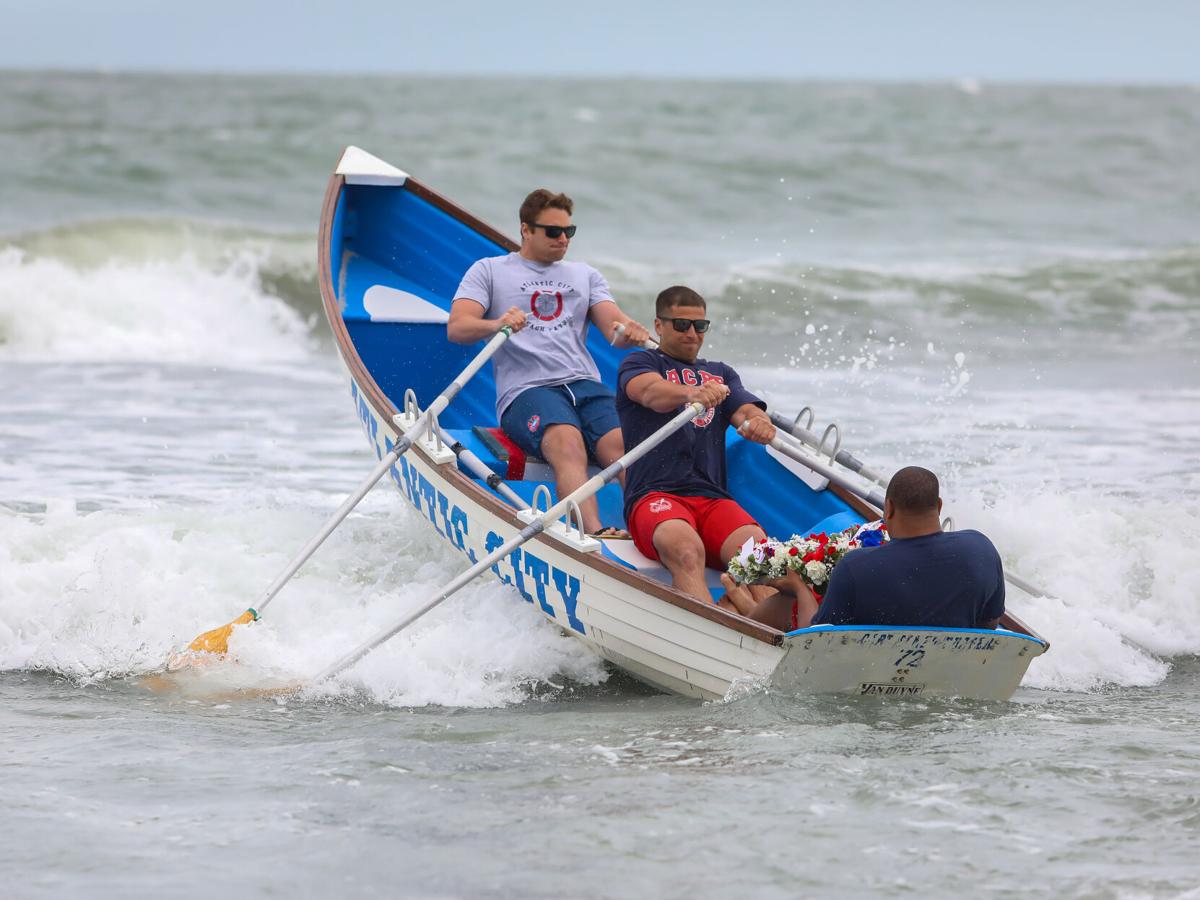 ATLANTIC CITY — Oceans were unlocked, boardwalks were packed and shore traffic was in full swing Friday as Memorial Day weekend got underway at the Jersey Shore.

Despite calls for cloudy skies and rain, and temperatures that barely reached 70 degrees, residents and visitors were out in force on the boardwalks of Ocean City, Wildwood and Atlantic City.

“We feel good Memorial Day weekend is here,” said Anthony Catanoso, co-owner of Steel Pier in Atlantic City. “We’re a little sad about the weather, but we’re in the weather business.”

The early part of the day saw a battle between blue sky and cloud cover until later in the afternoon. The high temperature at Frank S. Farley State Marina in Atlantic City was 70 degrees as of 5 p.m. Friday. However, as the clouds moved in and the rain began, temperatures fell into the 60s with a damp, easterly ocean breeze.

Traditionally billed as the unofficial start of summer along New Jersey’s barrier islands, Memorial Day weekend this year holds even more importance for business owners and officials as it also marks the first day of relaxed COVID-19 restrictions.

Gov. Phil Murphy announced Monday that he would be dropping requirements to wear masks indoors and for businesses to provide 6 feet of social distancing for customers, as well as restrictions on bars and dance floors.

“We see good things for this season, our beach tag sales are up, our rentals are extremely strong,” said Michele Gillian, executive director of the Ocean City Regional Chamber of Commerce. “Especially this year, it will be really helpful for Boardwalk merchants because of the restrictions.”

Ocean City kicked off the weekend with the annual Business Person’s Plunge and Unlocking of the Ocean at the Music Pier. Gillian said she wasn’t seeing the weather as an issue for the weekend, as residents and visitors are eager to get out.

Saturday will be the wettest, windiest and coldest day of the weekend. High temperatures will struggle to reach 60 degrees as off-and-on rain will be around. A strong northeast wind will bring coastal flooding with the late evening high tide. Sunday will be a bit less windy and wet, as lengthy dry periods are expected. Highs will rise a bit, into the mid-60s. Monday will be partly sunny, with highs in the 70s.

“I think we’re going to have a really good turnout because of the holiday and because people on Friday officially don’t need masks inside, outside,” Gillian said. “It’s going to be a celebration.”

The ceremony was held at the same time as the city’s annual International Kite Festival — the largest kite festival in North America — on the beach.

“I couldn’t be more excited to be mayor at this time,” Small said. “We got through the pandemic together.”

Small said he was excited to see what this summer would bring to the city since he believes last summer was successful in spite of COVID-19.

“I’m hoping this is two summers in one. That we make up for last year,” Gillian said in Ocean City. “We hope that for every community.”

PHOTOS of South Jersey opening up for Memorial Day weekend

See video from Steel Pier and more photos of the shore opening up for the summer at PressofAC.com.

For the Summer Concert Series, held at the Music Pier, Colin Hay & His Band with Paula Cole is the only addition from last year’s canceled…

After Memorial Day weekend was off to a dreary start, crowds of eager visitors descended onto the region’s boardwalks Monday afternoon to soak…

Three rescued from ocean in Wildwood

WILDWOOD — Three people needed to be rescued from the water at Andrews Avenue on Thursday.

ATLANTIC CITY — For the first time in more than a year, a sense of normalcy is returning to the resort.

Which towns are holding Memorial Day events this weekend?

Ocean City on Wednesday released the first list of beaches that will be guarded starting Memorial Day weekend.

Atlantic City Mayor Marty Small Sr. addresses onlookers on the Boardwalk outside Resorts Casino Hotel as he prepares to “unlock the ocean” on Friday to mark the start of Memorial Day weekend.