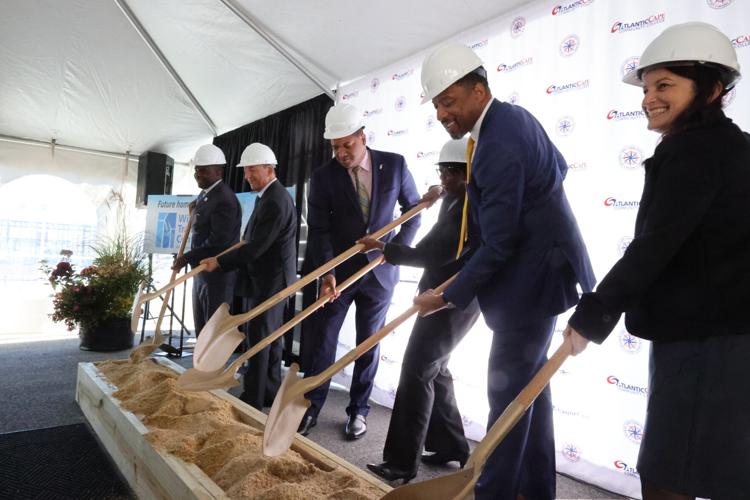 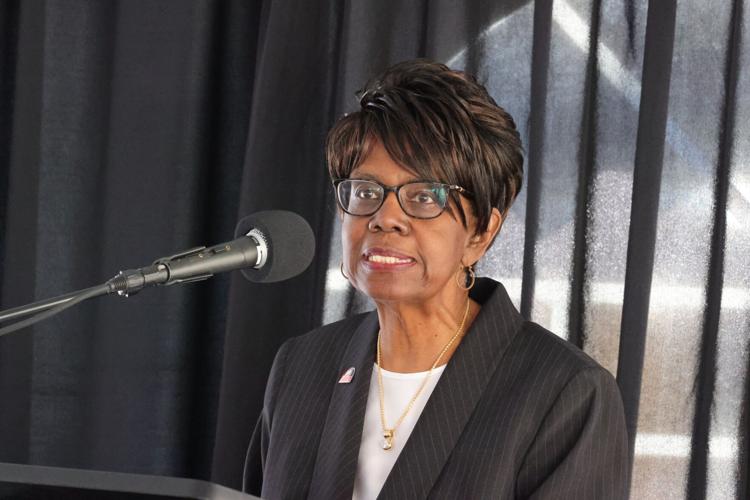 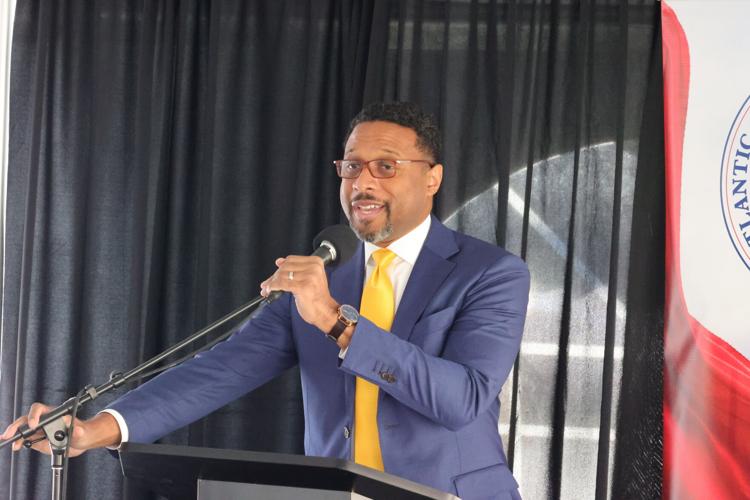 ATLANTIC CITY — Offshore wind energy is the first new industry to come to town since casino gaming, and will provide trained workers with lucrative jobs, state and local leaders said Thursday at the groundbreaking of a Wind Training Center here.

The 1,700-square-foot building will go up on what is now a parking lot at Atlantic Cape Community College’s Worthington campus.

“We have to direct students to these high-growth, high-wage careers,” said state Secretary of Higher Education Brian Bridges.

Bridges called the birth of the offshore wind energy industry in New Jersey a “once-in-a-lifetime opportunity for economic growth.”

The facility, as well as a Sea Survival module at Gardner’s Basin, will be paid for by an almost $3 million state grant.

“Future offshore wind technicians and other offshore workers from all over the country will travel to Atlantic City to complete their safety training,” Gaba said. “We expect to train more than 1,800 students working in the offshore wind industry within the first year.”

Students will learn how to work safely on the turbines, including at great heights and over water, Gaba said.

The Atlantic Cape Foundation has pledged $25,000 toward scholarships for students enrolled in the Wind Training Center program, she said.

“We often hear about buzzwords and ‘new industries,’ but we never see it,” said Mayor Marty Small Sr. “I’m happy we cannot only see (this industry start), but it’s happening right here in Atlantic City.”

All three will be based off Atlantic and Cape May counties.

The energy that will be produced is enough to power 1.6 million homes, Ferris said.

The college’s Global Wind Organization-certified partners, Arcon Training Center, AIS Training and 3t Energy Group, have been working with Atlantic Cape officials over the past several months to bring this project to fruition, the college said.

Ørsted is developing two of those projects southeast of Atlantic City, which together will generate more than 2,200 MW. Ørsted’s first project, Ocean Wind 1, received approval from the BPU in 2019, and Ocean Wind 2 received BPU approval in June.

There has been some opposition to the construction of offshore wind farms from residents and city leaders in Ocean City and other shore communities, who are concerned the projects will harm tourism and ruin beach views.

The 248-foot tall wind turbines will be located 10-15 miles out in the ocean but will be visible at the horizon line on clear days.

Some fishing industry groups are also concerned about the wind farms’ effect on fish populations and access to them.

ATLANTIC CITY — The resort’s casinos on Thursday showed their appreciation for local police officers, firefighters and hospital workers in hon…

Cape May County tourism on the rebound, data show

Cape May County's tourism economy appears to have rebounded from the COVID-19 pandemic and then some.

A bill to increase the pay of poll workers has cleared the Assembly Appropriations and State and Local Government committees, making it more l…