After long wait, New Jersey moves ahead on recreational pot
3 comments
Share this
{{featured_button_text}}
1 of 2

Gov. Phil Murphy signs into law Monday in Trenton legislation to set up a recreational marijuana marketplace in New Jersey. 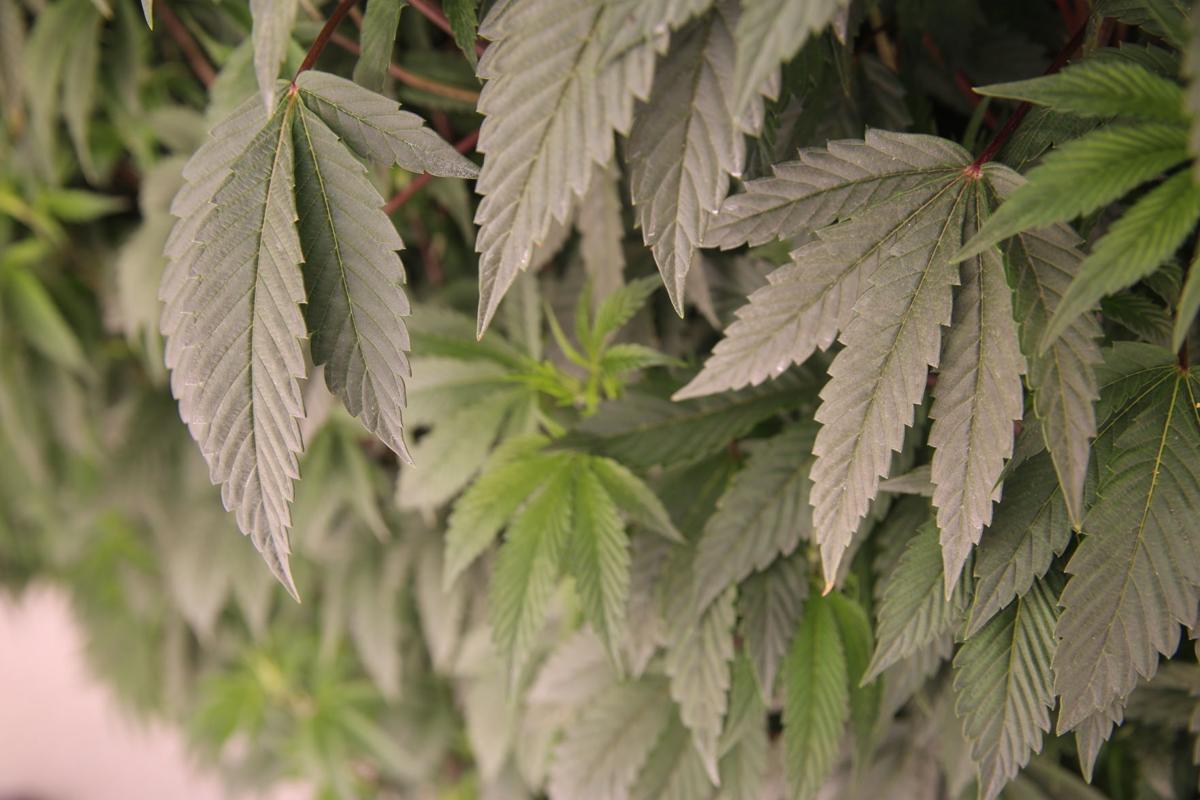 Gov. Phil Murphy has two bills on his desk that will give birth to a new recreational marijuana industry in the Garden State and decriminalize the possession of up to 6 ounces of cannabis.

TRENTON — A recreational marijuana marketplace, cannabis decriminalization and looser penalties for underage possession of the drug and alcohol became law Monday in New Jersey, more than three months after voters overwhelmingly approved a ballot question to legalize adult use of the drug.

Acknowledging that the legislation took much longer to be enacted than expected, Democratic Gov. Phil Murphy cast aside critics’ attacks that the legislation was about filling the state’s coffers with tax revenue or easing penalties on underage possession to the point of making policing difficult.

“The reason I signed these bills, the reason why we’ve been in this fight is for social justice,” he said Monday during a news conference.

He alluded to decades-old stringent policing of marijuana laws frequently called the War on Drugs that resulted in Black residents facing disproportionate consequences.

“At long last, we’ve broken through and as of today, better days are here, and lives that have been nicked or in some cases ruined we’ll be able to correct. At long last and from this moment going forward, we won’t have to see that same chapter written again in our state’s history.”

Murphy signed the bills just in time. He faced a Monday deadline to enact two of three of the bills, and signed the third shortly after the Democrat-led Legislature sent it to him.

Still, it could be about six months before the legalized marketplace is up and running, Murphy and industry analysts estimated. That’s because the state’s new Cannabis Regulatory Commission has to get up and running, and put in place regulations and licenses.

Legislation that passed only on Monday after weeks of negotiation makes underage possession of alcohol and marijuana subject to a written warnings that escalate to include parental notification and a referral to community services upon subsequent violations.

Underage drinking had been punishable by a fine of up to $1,000 and up to six months in jail.

Part of the legislation makes it so towns will no longer have the authority to enact ordinances with civil penalties or fines concerning underage possession or consumption violations on private property, among other measures.

It also increases the liability for suppliers of cannabis items to underage people by making a third or subsequent violation a petty disorderly persons offense.

Murphy responded Monday saying that marijuana should be treated with “responsibility.”

“The words adult-use have been associated with this from Day One,” he said.

State Police Superintendent Col. Pat Callahan said in a brief interview that the attorney general and his office were coming with guidelines for all law enforcement officials across the state about how to enforce the new laws.

For consumers, the marketplace legalization means the state’s 6.625% sales tax applies. Seventy percent of the proceeds will go to areas disproportionately affected by marijuana-related arrests. Black residents were likelier — up to three times as much — to face marijuana charges than white residents.

Towns can levy a tax of up to 2% under the measure.

Also under the bill, the Cannabis Regulatory Commission will be able to levy an excise tax, the amount of which will depend on the cost per ounce of cannabis. There will be four levels of tax under the bill, so if cannabis is $350 or more, the tax per ounce will be $10. That rises to $60 per ounce if the retail price of the product is less than $250.

The number of licenses for cultivators will be set at 37 for two years. The state Senate was pushing for no limits, but the Assembly wanted the caps.

The decriminalization measure is necessary because the state’s laws make possession a crime, despite the voter-approved amendment, according to lawmakers. The measure passed with with broad bipartisan support.

The months-long delay in enacting the legislation stemmed from Murphy’s concerns that young people, particularly those in Black and Latino communities, would continue to bear the brunt of arrests and citations. That led to the bill aimed at loosening underage penalties.

Assembly Member Shavonda Sumter, a member of the Legislative Black Caucus, called the inclusion of the bill that loosened penalties a victory for the group.

“We put a progressive warning system in place that does not allow for an infraction of possibly sampling a cannabis product to become a lifelong sentence,” she said in an interview.

“This process has been a debacle from the beginning. The voters did their job,” Democratic Sen. Paul Sarlo said. He had opposed marijuana legalization, though was supportive of decriminalization. He voted to pass the bill Monday because he said voters want lawmakers to move on and focus on COVID-19 relief.

Edmund DeVeaux, the head of the New Jersey CannaBusiness Association, called on lawmakers and the governor to get the legislation enacted.

“Enough already. Only in New Jersey could the will of the voters be so callously ignored,” he said in a statement recently.

After Murphy signed the bills, he said it was time to “get down to business.”

“It took us a long time to get here, but thankfully, finally, we can move forward,” he said.

A panel of experts on the cannabis industry will be featured at a free webinar targeting cannabis tourism at 1 p.m. Wednesday.

GLASSBORO — With signatures on three bills on Feb. 22, Gov. Phil Murphy changed the landscape for marijuana in the state, clearing the way for…

Weed tourism is heading to Atlantic City. It may not be what you expect.

EXPLAINER: What can, can't you do with cannabis in New Jersey now?

Gov. Phil Murphy signs into law Monday in Trenton legislation to set up a recreational marijuana marketplace in New Jersey.

Gov. Phil Murphy has two bills on his desk that will give birth to a new recreational marijuana industry in the Garden State and decriminalize the possession of up to 6 ounces of cannabis.