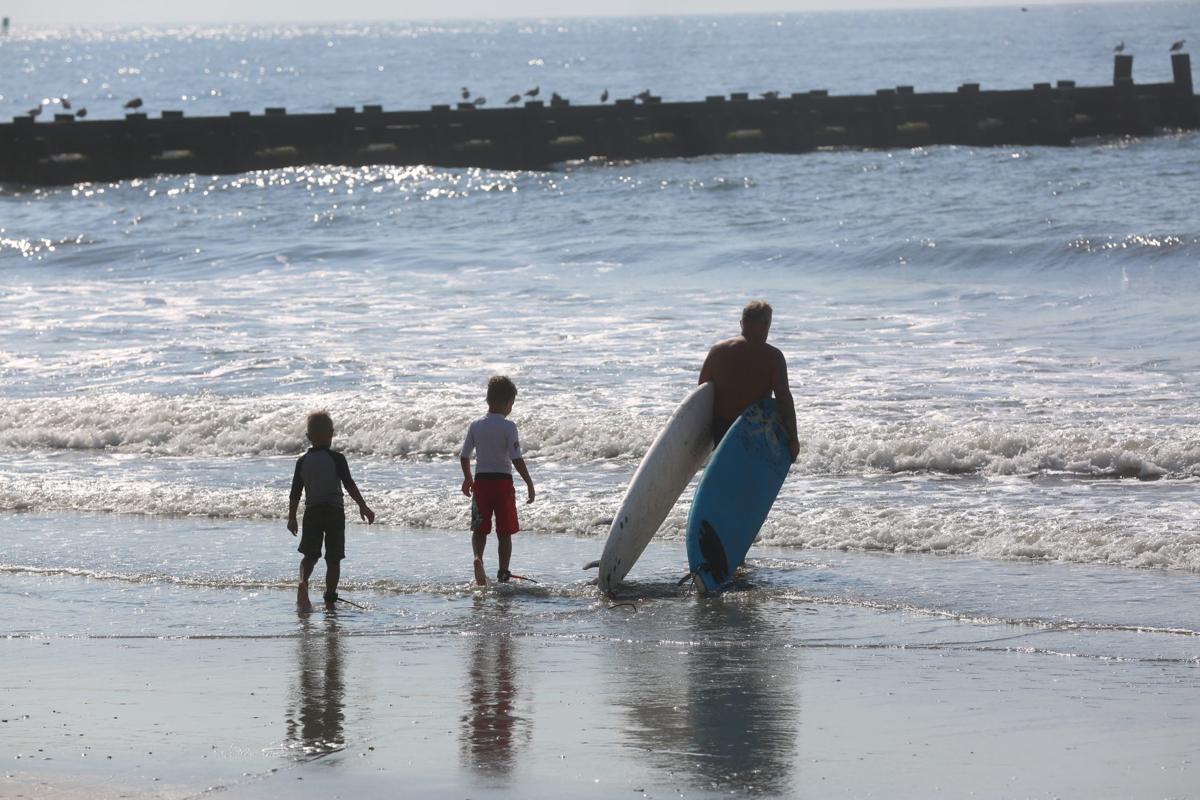 Tom Forkin takes two novice surfers out to practice Tuesday by the jetty near New Jersey Avenue in Atlantic City, where a father died the morning before trying to save his son from drowning. 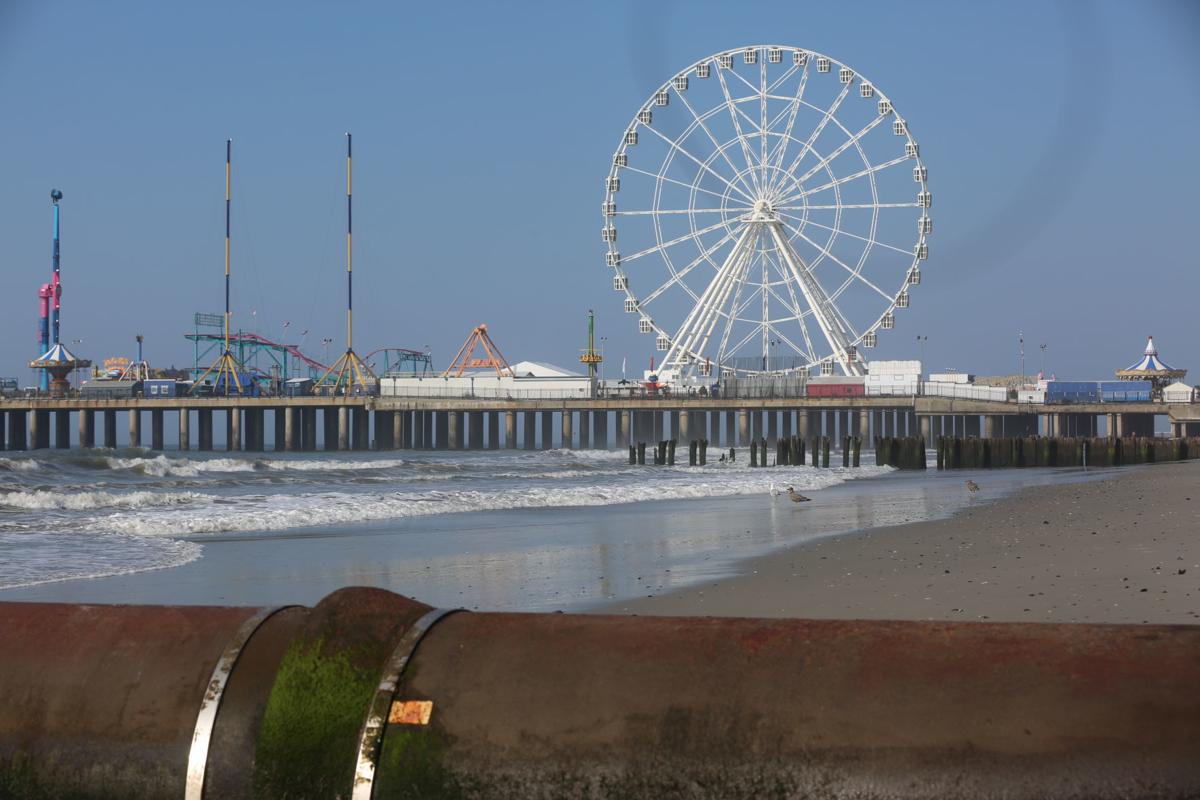 The Ferris wheel stands in the background of the jetty on the Atlantic City beach. Nearby, on the morning of July 29, 2019, a father died trying to save his son from drowning. (July 30, 2019) 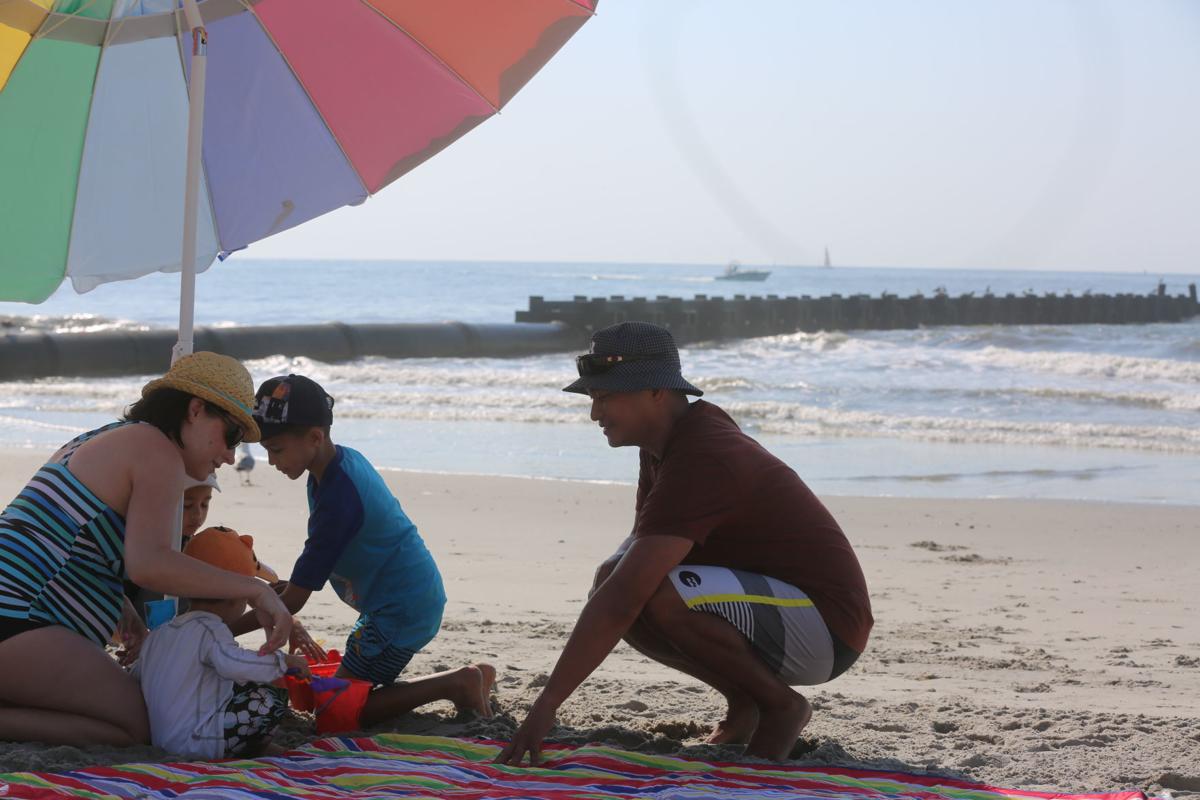 Clyde Custodio, of Milton, Pennsylvania, sits on the beach near the jetty by New Jersey Avenue with his wife, Samantha, and their three children Tuesday. There, Monday morning, a father died trying to save his son from drowning. 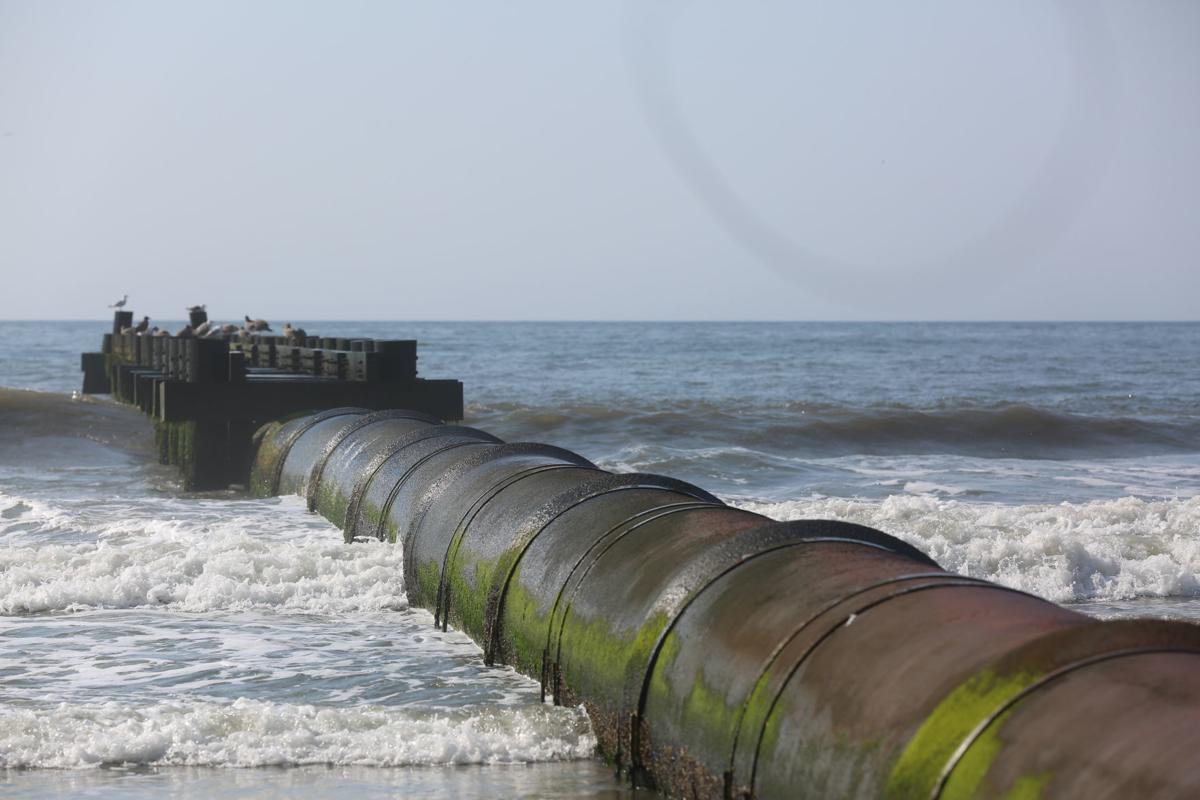 A father died by the jetty on the Atlantic City beach by New Jersey Avenue on the morning of July 29, 2019 after rushing in to save his son from drowning.

A child was drowning, and the father had gone in after them. Forkin went in with a surfboard, joining Downey and Jim Glorioso Jr., a retired police officer from Amsterdam, New York.

The 11-year-old made it safely to dry land. After a search of the surf, they found the father, Thanh Bui, 58, of Reading, Pennsylvania, unconscious by the jetty. First responders administered CPR and rushed him to AtlantiCare Regional Medical Center, City Campus, where he was pronounced dead.

Twenty-four hours later, Forkin, director of the AC Surf School, was back on the sand, teaching kids the basics of riding waves.

“Like I teach the kids every day: The ocean can be a very unforgiving place,” he said. “If people aren’t familiar with the ocean, if they’re not strong swimmers, you should never swim away from a lifeguard, or surf away from a guarded beach.”

Beach Patrol members were among the first to arrive Monday to help the struggling father, but none was stationed by the water at the time. Bui’s death underlines the risks some swimmers take, and how they can complicate the sometimes life-or-death job of lifeguards.

Forkin, a former Atlantic City lifeguard, said the issue may be worse in the resort in recent years, because the state takeover has resulted in fewer guards at the Beach Patrol. And as a late-night destination with drinking spots dotting the Boardwalk, Atlantic City’s beaches may attract more off-hours swimmers.

In the past five or six years, surf instructors have rescued about a dozen swimmers in the early morning hours who have gotten into trouble in rough water, Forkin said.

“We’ll fetch them and bring them back in,” he said. “Extended hours ... we used to have them. (They) used to come in early or stay later, before the state takeover.”

Most beach towns have lifeguards on duty from about 10 a.m. to about 5 p.m. And some beach patrols along South Jersey’s shoreline have late-night response crews in case of after-hours emergencies.

“It’s the one thing in lifeguarding that frustrates us the most,” said Brigantine Beach Patrol Chief Kip Emig. “Rip tides can come at any time. It doesn’t take very much to get someone in trouble in the ocean.”

As lifeguards leave for the day, they call swimmers out of the water. Once the guards are gone, the swimmers often return to the waves, Emig said.

Brigantine has an “alert team” on duty from 5:30 to 8 p.m. seven days a week, stationed at the headquarters so as not to give the false sense that lifeguards are on duty and swimming is safe.

In case of emergencies, that crew will work alongside firefighters to assist swimmers in trouble.

There is a similar setup in Cape May.

If a call goes out that a swimmer is in distress before or after posted hours, a message goes to Beach Patrol pagers, “then we would be able to respond directly to that emergency,” said Cape May Beach Patrol Capt. Geoff Rife.

A dedicated “after-hours response crew” remains on the beach from 5 to 9 p.m. for that purpose, and lifeguards are often nearby as early as 6 a.m. doing mandatory workouts or training for races, Rife said.

A few weeks ago, in Margate, an after-hours response team — on duty until 8 p.m. Friday, Saturday and Sunday nights — saved a boogie boarder who was blown away from the shore by strong winds. Firefighters take care of any early morning emergencies, said Margate Beach Patrol Chief Greg Smallwood.

“You definitely see people in (the water) before and after (the shifts),” Smallwood said. “I don’t think we have as (many) people going in at that time, just because (Atlantic City) is a resort.”

Another reason may be Atlantic City’s free beaches, Forkin said, a perk that can result in crowded beaches and lifeguards stretched thin in their duties.

At 9:30 a.m. Tuesday, Clyde Custodio, 45, of Milton, Pennsylvania, was on the Atlantic City beach with his wife, Samantha, 40, and their three small children. They were set up by the jetty where Bui died the day before.

As a Hawaiian native, Custodio said, he isn’t naive about the ocean’s risks.

“We try and take a little more precautions, especially when we see there’s no lifeguards there,” Custodio said. “We don’t even let them go in.”

Every year, we urge people to take the precautions needed to avoid becoming the subject of one of our drowning-victim stories. The stories and…

SEA ISLE CITY — An off-duty state trooper vacationing in the city earlier this month rescued a man who was drowning in the ocean.

As summer winds down, Ocean City Beach Patrol will be reducing its guarded beaches after Labor Day, the city announced.

New York man dies after drowning off Cape May beach

A New York man who tried to save a Pennsylvania father from drowning in the ocean last year has been awarded a Carnegie Medal.

Tom Forkin takes two novice surfers out to practice Tuesday by the jetty near New Jersey Avenue in Atlantic City, where a father died the morning before trying to save his son from drowning.

The Ferris wheel stands in the background of the jetty on the Atlantic City beach. Nearby, on the morning of July 29, 2019, a father died trying to save his son from drowning. (July 30, 2019)

Clyde Custodio, of Milton, Pennsylvania, sits on the beach near the jetty by New Jersey Avenue with his wife, Samantha, and their three children Tuesday. There, Monday morning, a father died trying to save his son from drowning.

A father died by the jetty on the Atlantic City beach by New Jersey Avenue on the morning of July 29, 2019 after rushing in to save his son from drowning.