New Jersey residents likely used their air conditioners more and their heat less, and spent more time with umbrellas and snow shovels because of changing weather over the past 30 years.

That’s according to new data released May 4 by the National Oceanic and Atmospheric Administration.

Each decade, meteorologists and decision makers rely on current normals data, the 30-year average of temperatures, precipitation, rainfall and snowfall, among other factors.

The data is calculated every 10 years and released in years ending with a one. The most updated averages show substantial changes in the climate of southeastern New Jersey.

The 1991 to 2020 data shows the region warmed for the fifth decade in a row. Precipitation increased, including the amount of snow, when comparing this recent 30-year average to the previous 1981 to 2010 time period.

Southeastern New Jersey fell in line with most of the United States exhibiting a warmer climate. Only the North Central portion of the United States — the Dakotas and Montana — saw a decrease in average temperatures, the latest updates show. The newest normals indicate changes with far reaching societal and business impacts.

“They (the new climate normals) are used for the regulation of power companies, energy load forecasting, crop selection and planting times, construction planning, building design, and many other disciplines, industries, and sectors,” said Mike Palecki, the project manager for NOAA’s 1991 to 2020 climate normals.

The new averages show a roughly 0.6-degree increase in temperatures at Atlantic City International Airport compared with the 1991 to 2010 average, according to the High Plains Regional Climate Center and NOAA.

Most of that came with average high temperatures, which saw a 1.2-degree jump. Low temperatures saw a 0.2-degree increase. Sen. Frank S. Farley Marina in Atlantic City and Millville both had a 0.8-degree jump.

At A.C. International Airport, every month has seen an increase in temperatures with the new 30-year climate averages. The largest increase was seen in December, with a 1.7-degree jump compared with the previous normal. Increases over a degree were seen during September and October in conjunction with some of the warmest ocean temperatures, which influences the climate.

Compared with the 20th century average, 1901 to 2000, temperatures have risen more than 2 degrees, which is true for the entire state as well as the I-95 corridor megapolis from Washington D.C. to Boston.

The new normals also reveal a wetter climate for the region. Total precipitation for the year at A.C. International increased 4.21 inches to the current normal of 45.96 inches.

According to NOAA, southeastern New Jersey has seen a precipitation increase of roughly 10% between the new and old 30-year normal, the highest in the state and one of the largest increases nationwide.

The increase in precipitation has been noted for decades and is attributed to a warmer climate, which can hold more moisture.

While a warming world and more snow may seem not to go together, that is indeed the case.

The most likely answer is that when it snows, there’s more of it in those storms. January and February, peak nor’easter season, saw increases in snowfall, while November saw a small decrease.

Atlantic City airport’s new climate normal for snow is 17.4 inches. The previous was 16.5 inches. March doubled its normal snowfall from 1.1 to 2.2 inches.

That can also translate to heavier snow in an individual storm when it is still cold enough, said Sean Sublette, a meteorologist for Climate Central in Princeton.

The new normal now includes the second (15.6 inches), fifth (9.6 inches) and ninth (7.4 inches) largest one-day snowfalls on record for March, with records going back to 1945.

On the other hand, November’s average snow decreased slightly, from 0.2 inches to 0.1 inches.

As a result of warming temperatures, parts of Ocean, Monmouth, Middlesex, Union, Essex and Hudson counties had to change their climate classification zone. Formerly, these areas were in the “continental hot summer” climate. Now, they are in the “humid subtropical” climate, joining South Jersey.

Here's how many astronauts NASA selects from more than 12,000 applicants

Here's how many astronauts NASA selects from more than 12,000 applicants

TOMS RIVER – A $25 million grant program to supplement the revenue of non-profit organizations helping residents during the pandemic has been established by the Ocean County Board of Commissioners and is scheduled to go online next week, Director Gary Quinn has announced. The application process for the Ocean County COVID-19 Response Non-Profit Program will be accessible at 9 a.m. Thursday and ...

Weather: A pleasant Mother's Day ushers in a cool week ahead

Mother Nature is a mom, she doesn't want to make the weather a pain for all of her fellow mothers' special day. So, we will have a dry day, with temperatures warmer than Saturday. A cold front will bring some showers Monday, with a string of cooler, dry days ahead.

Tuesday will have a little bit of everything — sun, clouds and a few showers. High pressure will flex its muscles more Wednesday, though, whic…

Weather: The sun shines for most of the week as temperatures warm up

Tuesday afternoon was the last of any real cloud cover until the end of the week. High pressure will dominate Wednesday and Thursday, keeping rain well away. The weekend then looks to be lovely to hang outside, with only one weak shower threat.

We'll slowly climb up the thermometer for the rest of the week, as high pressure continues to settled in and the sun continues to shine. The weekend will then be mostly dry, with next week seeing a revival of this subtle rise in warmth.

Weather: High pressure locks in for the weekend, warming up next week

High pressure just offshore will likely keep South Jersey dry throughout most of the weekend. It'll be comfortable to be out and about, with a good amount of sun. Summer will then creep in next week, as a ridge of high pressure works in.

It's 2021's first heat wave, and it's been a while since it's happened this early

Note: The number of historical heat waves increased by one for both Atlantic City International Airport, and Millville, to account for the lat…

While the summer sun is still going strong, that's now being mixed in with scenes of halloween candy, fall beers and pumpkin yogurt.

MILLVILLE — A new aircraft maintenance, repair and overhaul facility is open at the Millville Executive Airport, under a 10-year deal that cou…

Between 1970 and 2019, South Jersey has seen its largest amount of warming during the winter. That has meant everything from better blueberry … 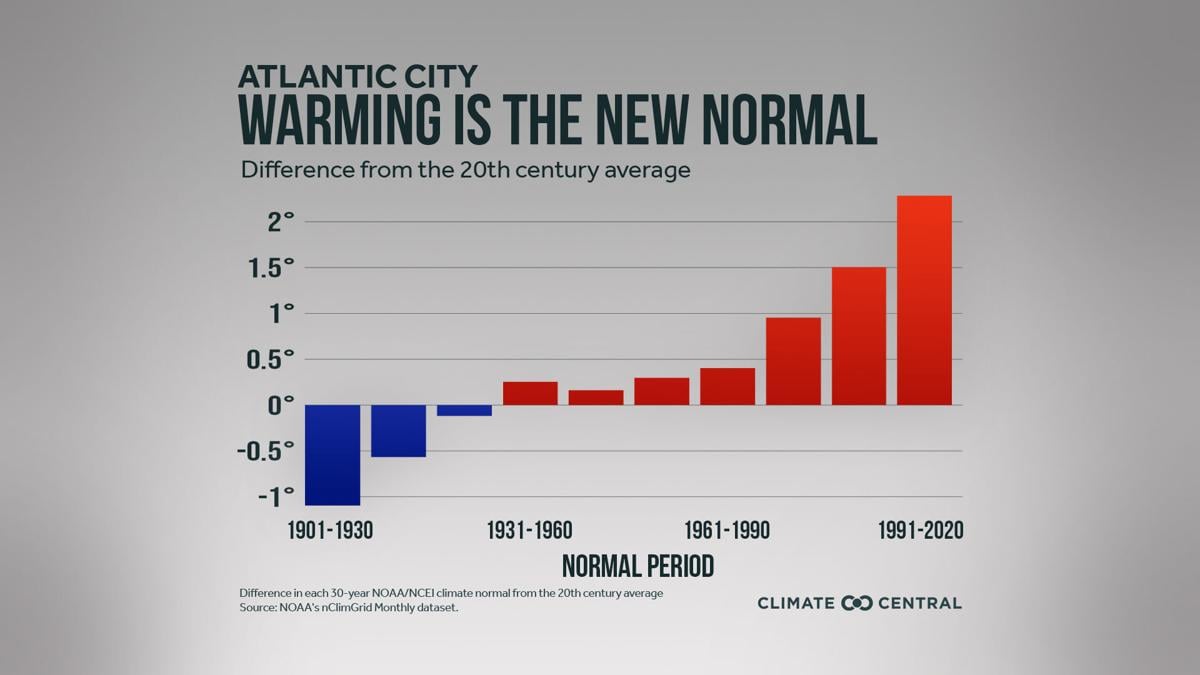 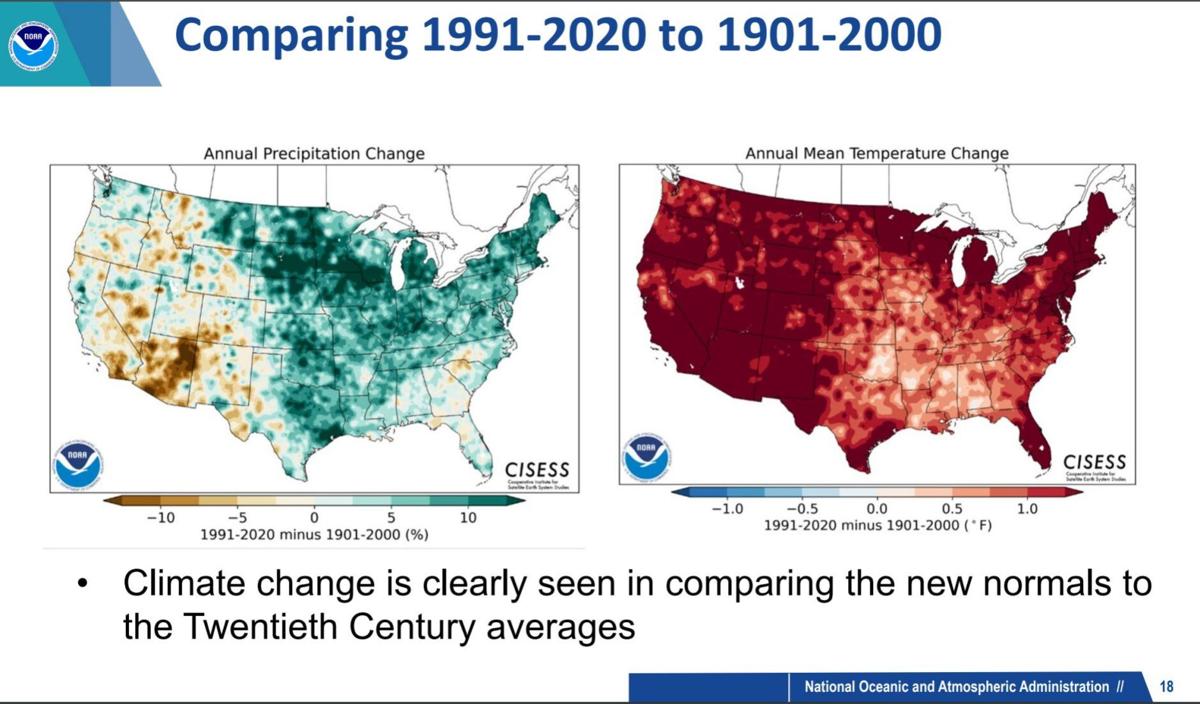 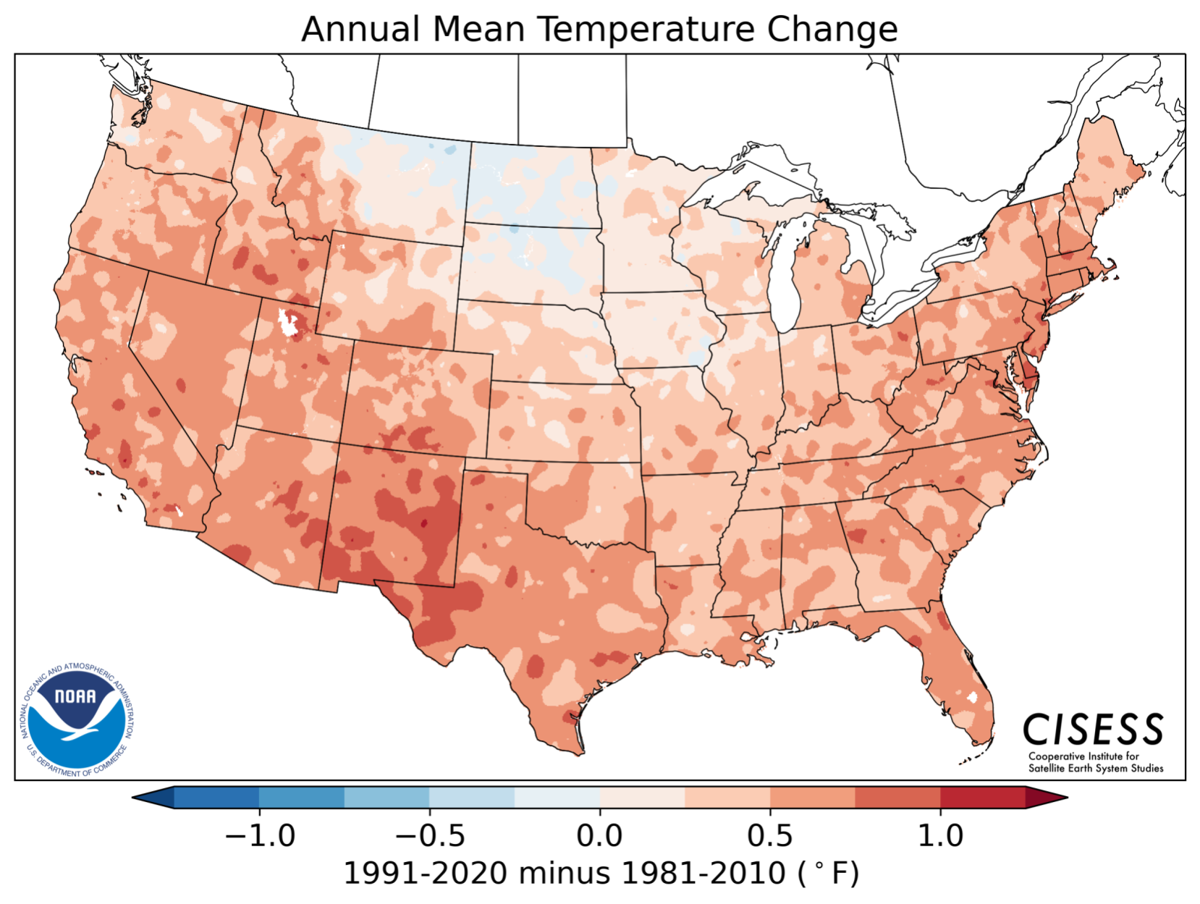 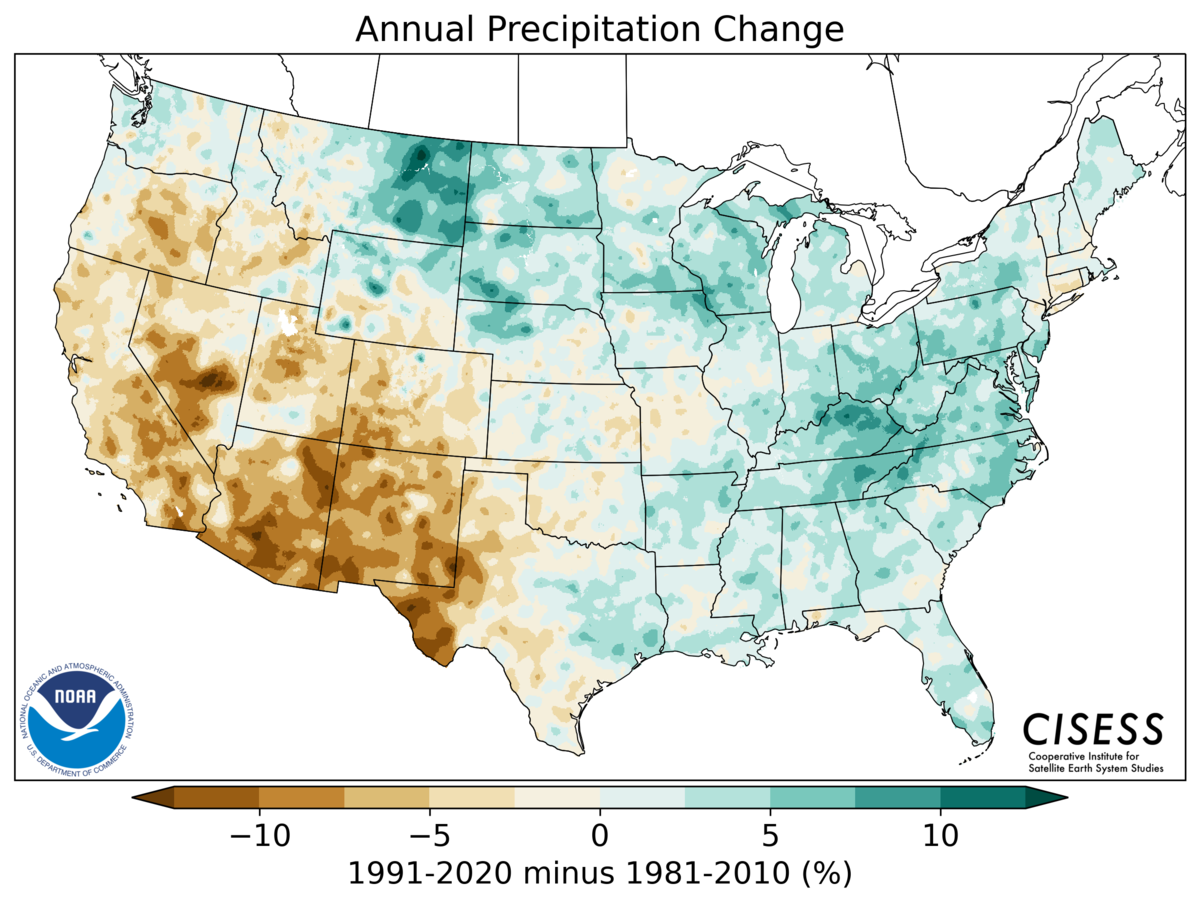 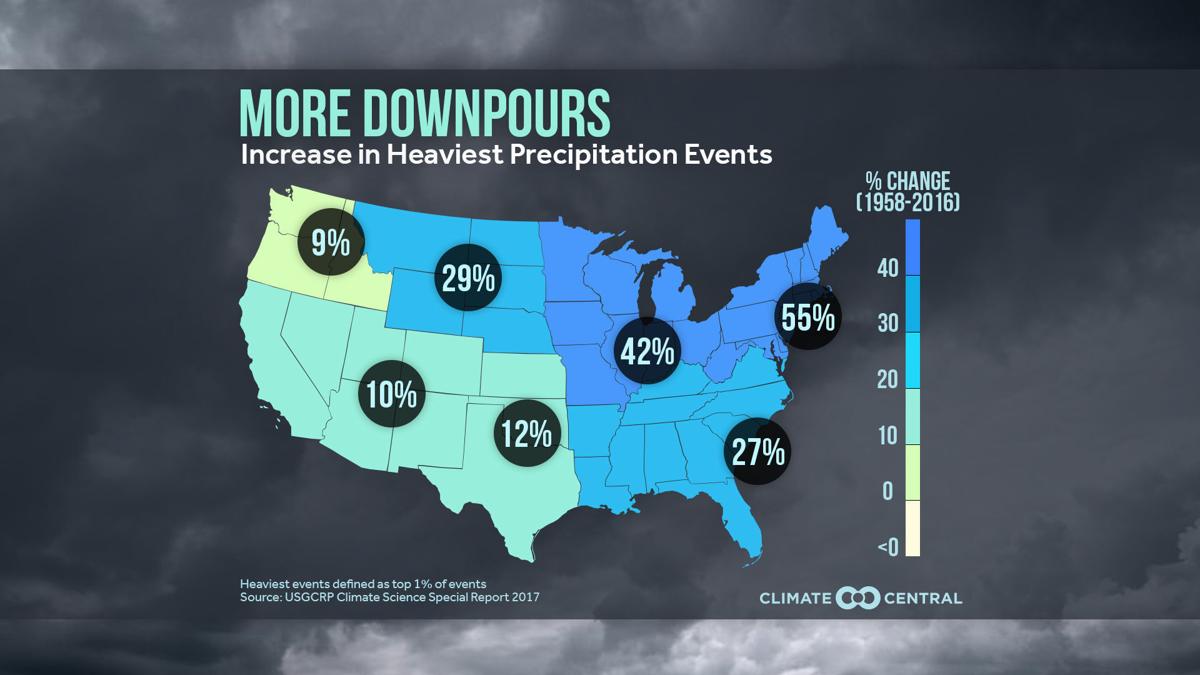 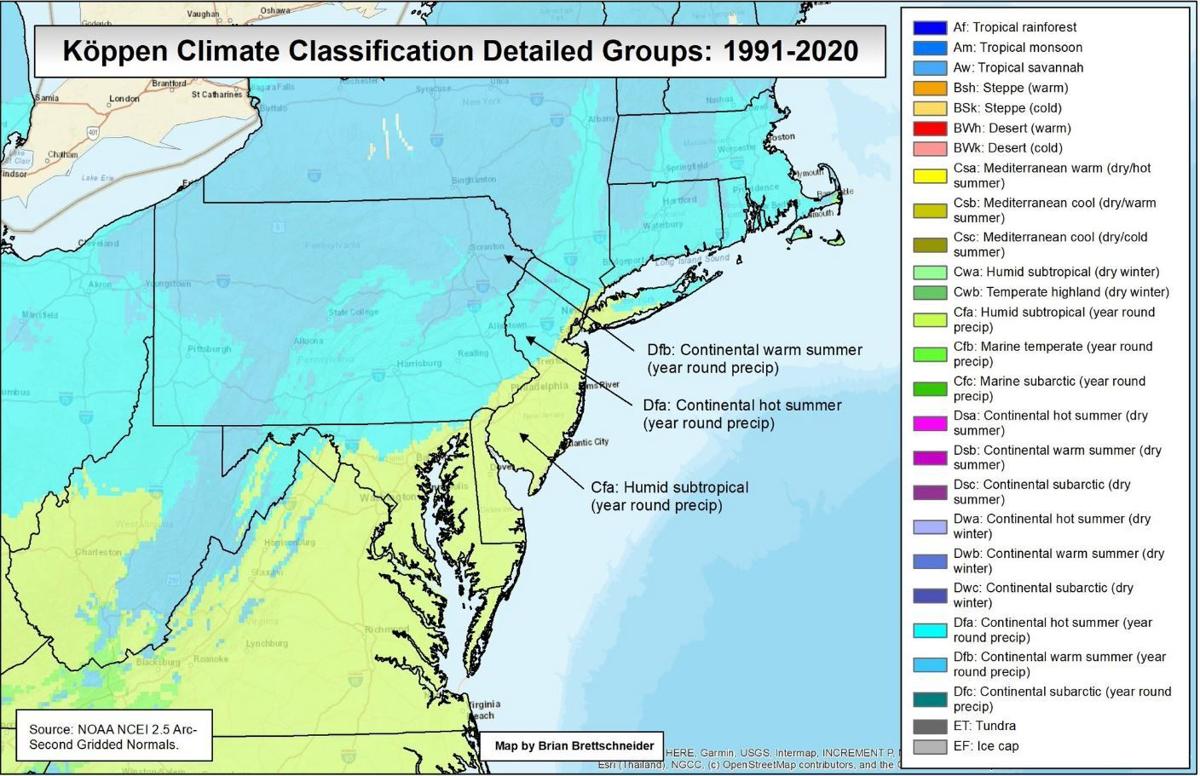