The coldest morning of the season brought record lows to the region Thursday.

Atlantic City International Airport dropped to 20 degrees Thursday morning, joining 2014, 2005 and 1997 as years where the thermometer also dipped that low. Records at the airport go back to 1943. This was the coldest morning since Feb. 15, when the thermometer plunged to 13 degrees.

The 20 degree readings weren't the coldest in Southeastern New Jersey. Woodbine dropped down to 19 degrees, according to the Office of the New Jersey State Climatologist, with Oswego Lake, in Burlington County, also reaching the icy mark. However, these are not official climate sites, which are tracked by the National Oceanic and Atmospheric Administration.

Along the shore, it was the first widespread freeze of the year, technically ending the growing season. Harvey Cedars fell to 30 degrees, according to the State Climatologist's office, while Cape May Harbor dropped to 32 degrees. Sen. Frank S. Farley Marina in Atlantic City just missed the freezing mark, with a morning low of 33 degrees.

Even in a climate changing world, record cold temperatures can still fall. However, they are far outnumbered by record warm temperatures. According to ClimateCentral, a non-profit group based in Princeton, New Jersey, heat records occurred 75% of the time between 2010 to 2018, as opposed to 25% of the time for cold records. The last record low minimum temperature at A.C. International Airport was set Nov. 13, 2019, while seven record high maximum temperatures were set since that time.

Thursday will be the coldest morning for at least the next seven days. Southwesterly winds were already bringing in mild air Thursday and temperatures will go above average for much of the weekend. Expect morning lows to be in the 30s and 40s, during this time.

Rain with a developing northeast wind. Rain ends 1 to 4 p.m., staying windy from the northwest after

Mostly sunny and cold with a strong, northwest wind

Mostly sunny and windy from the northwest.

Mostly sunny. Breezy from the northwest.

Weather: Warming up to a mild November weekend as record cold fades away

Temperatures will go up quickly Friday as high pressure offshore continues to drive a southwesterly warming wind into our area. The warmth wil… 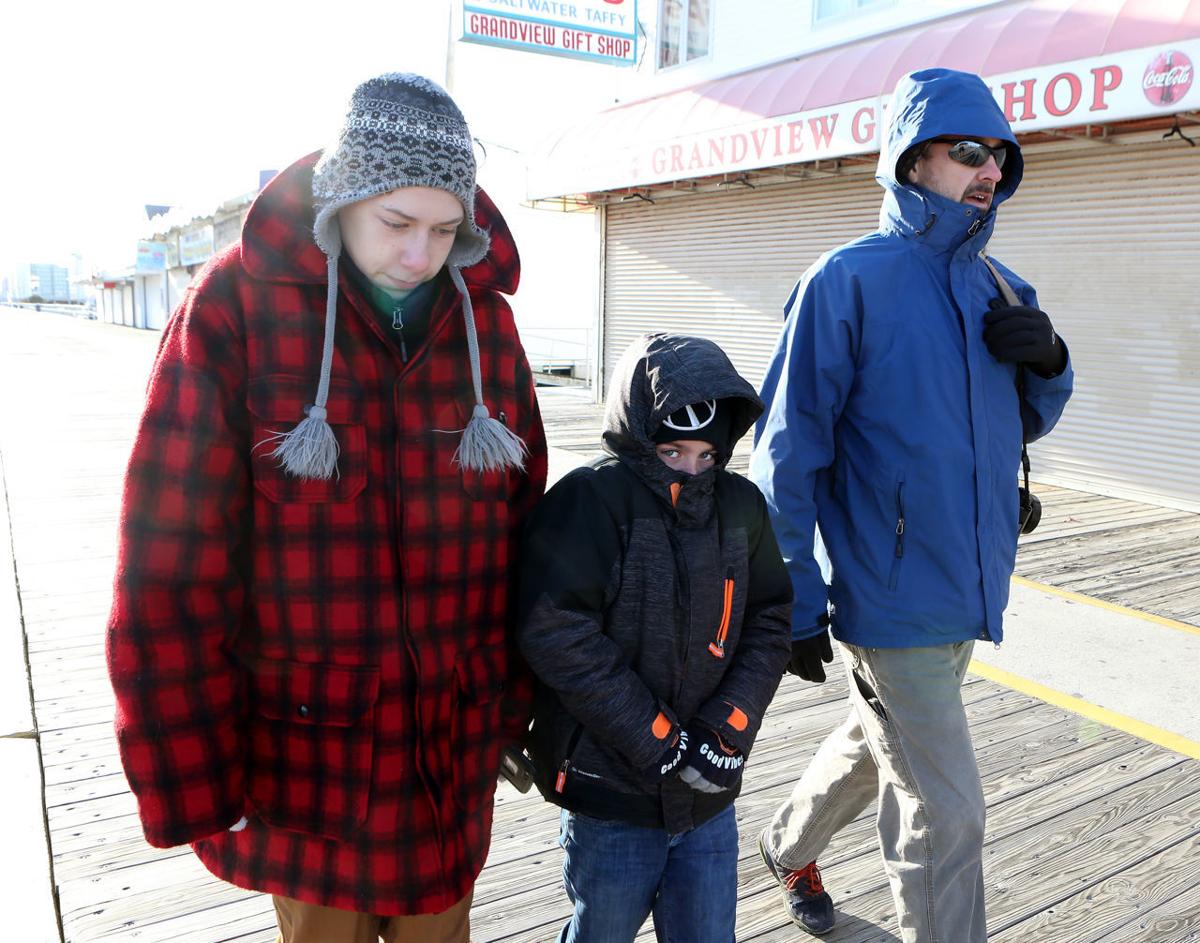 Andrew Morgan, right, and sons Nathan, 13, and Liam 8, of Culpeper, Virginia, bundle up to walk the Wildwood Boardwalk on Thursday. They were visiting on a mid-20s-degrees day after attending a relative’s graduation at U.S. Coast Guard Training Center Cape May.

Even in a warming climate, record low temperatures can still be broken. However, record high temperatures are occurring at a faster pace. 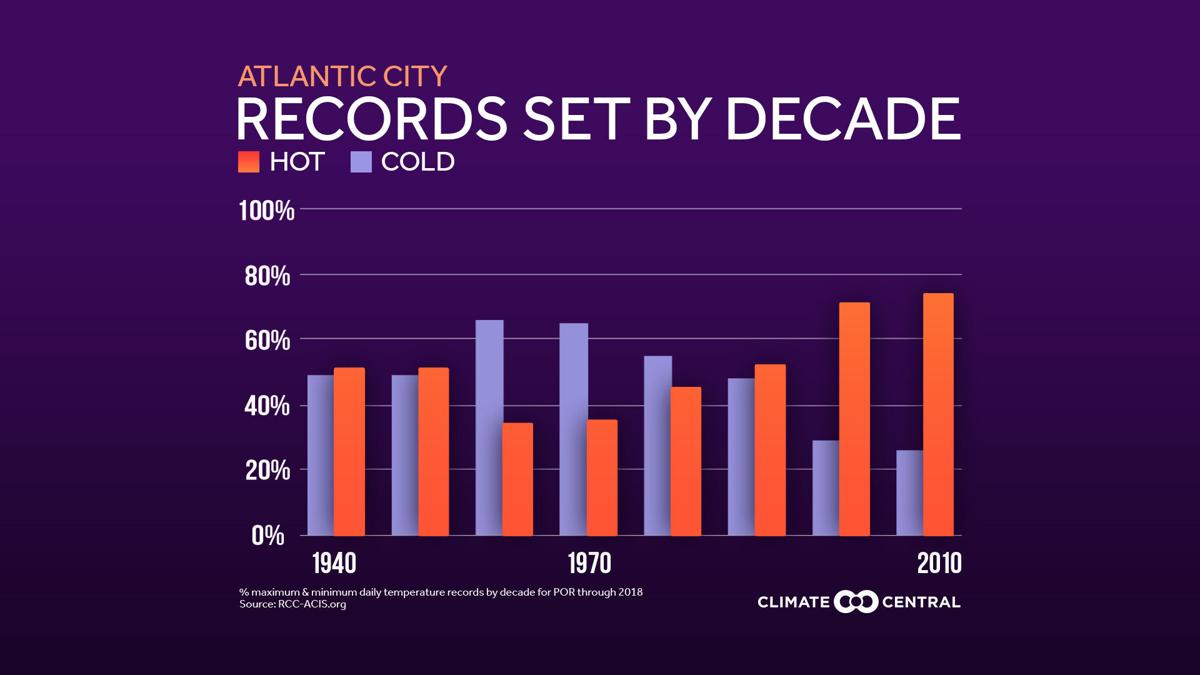