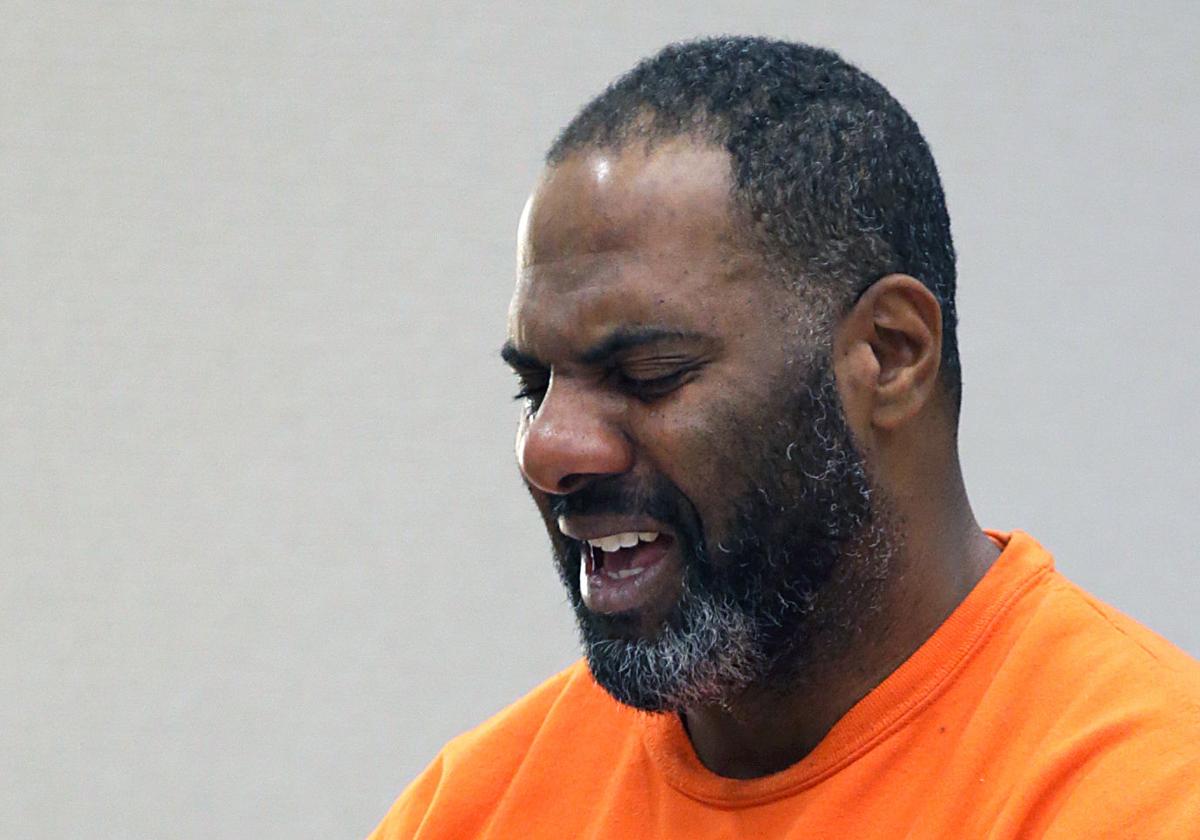 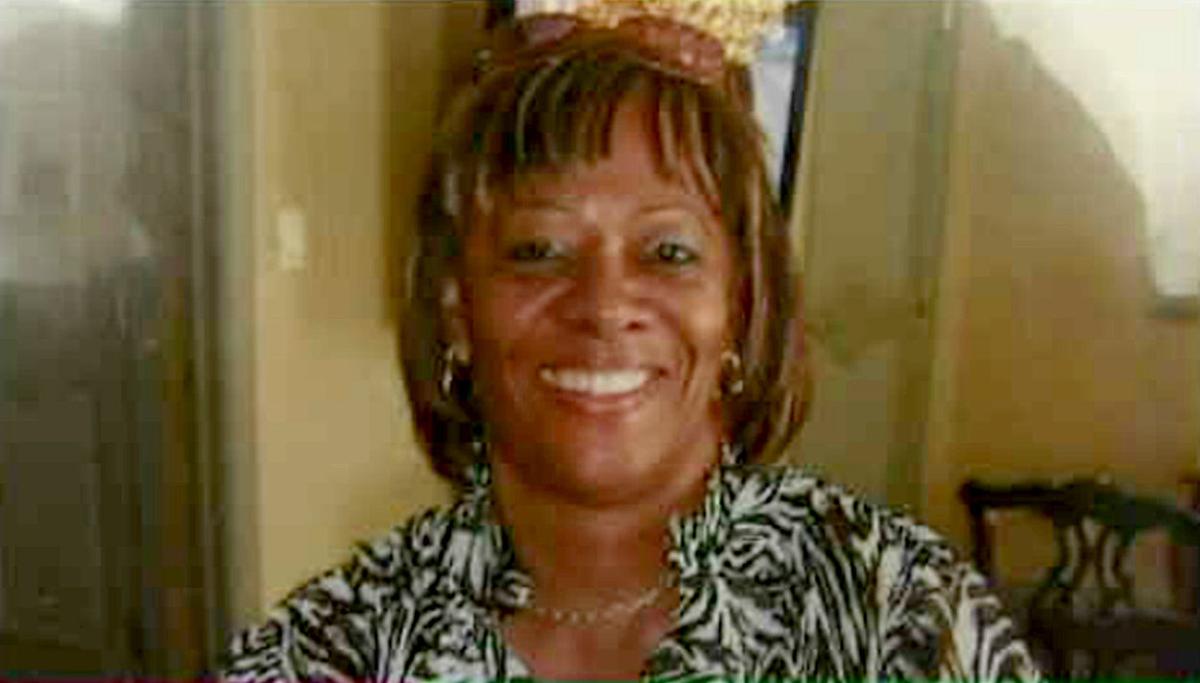 Gwendolyn Pratt, of McKinley Avenue, in Atlantic City, was found dead in her home. Her son, Steven Pratt, surrendered and is charged with her death. 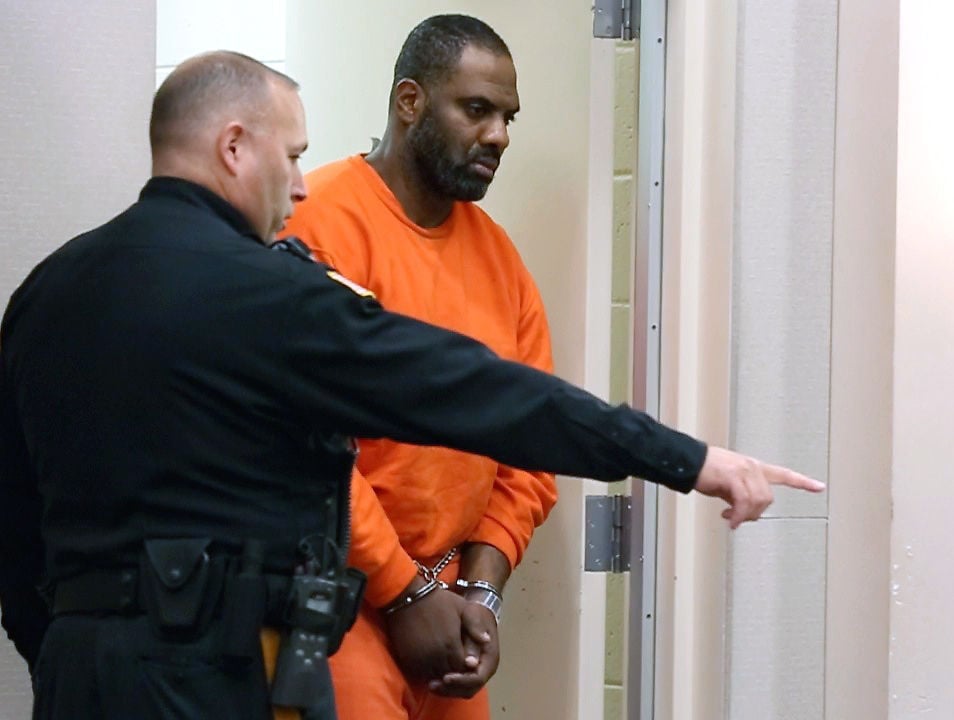 Steven Pratt arrives in court for a first appearance, Tuesday Oct. 14, 2014, in Mays Landing. Pratt faces murder charges for the fatal beating of his mother. 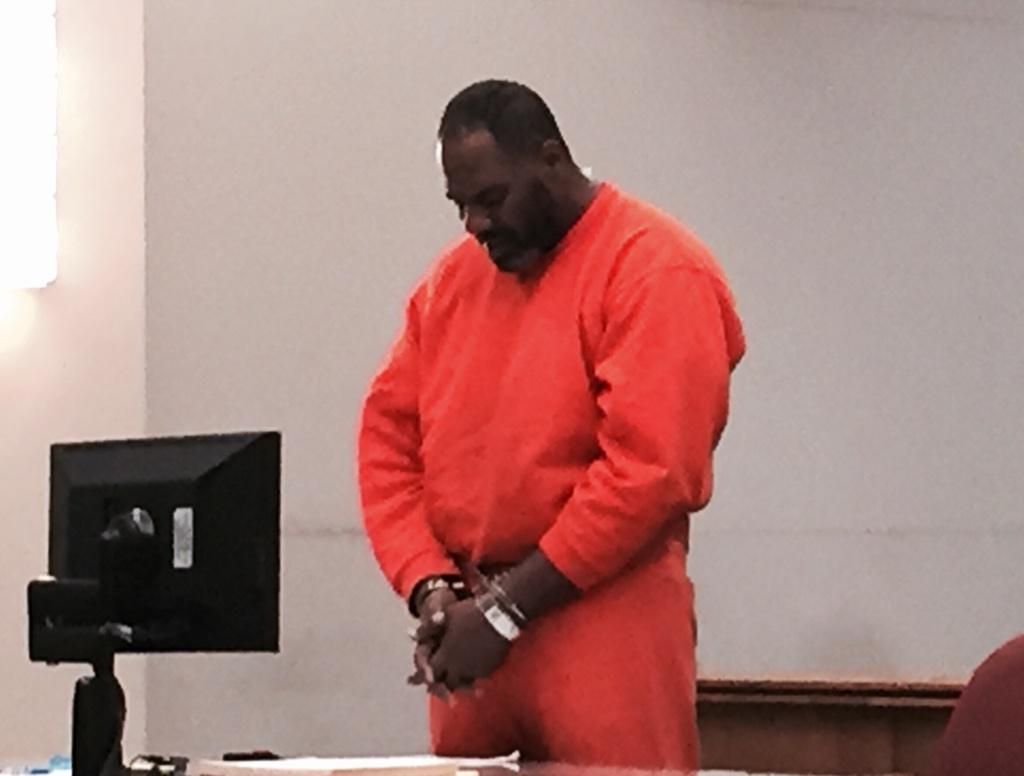 Steven Pratt appeared in court today on charges he killed his mom two days after being released from prison Friday. 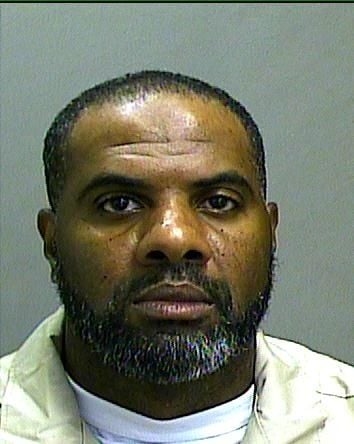 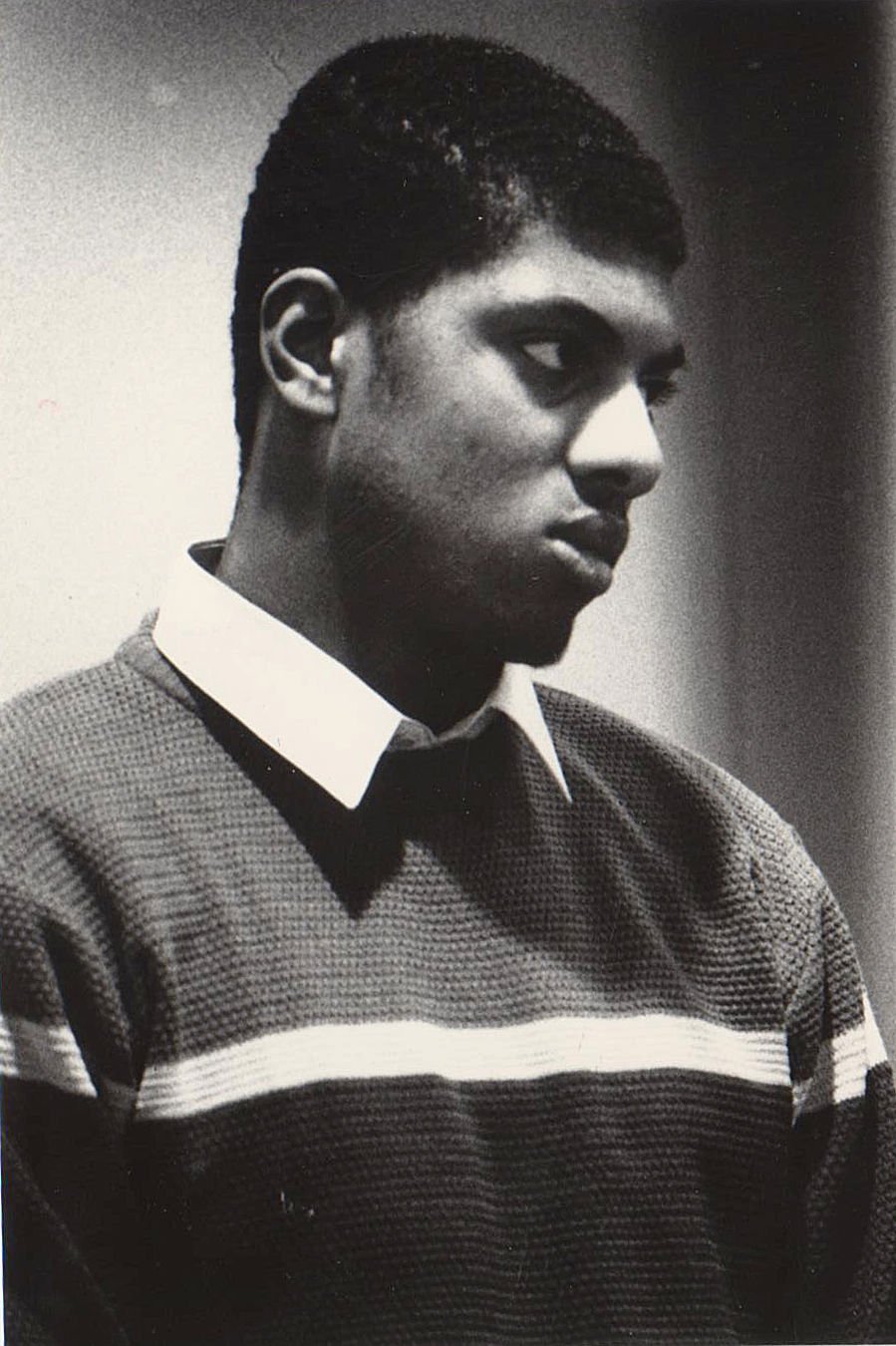 Steven Pratt in court, March, 1986, was just 15 when he shot and killed his neighbor in Atlantic City's Carver Hall apartments in 1984.. Pratt faces murder charges for the fatal beating of his mother Tuesday, Oct. 14, 2014 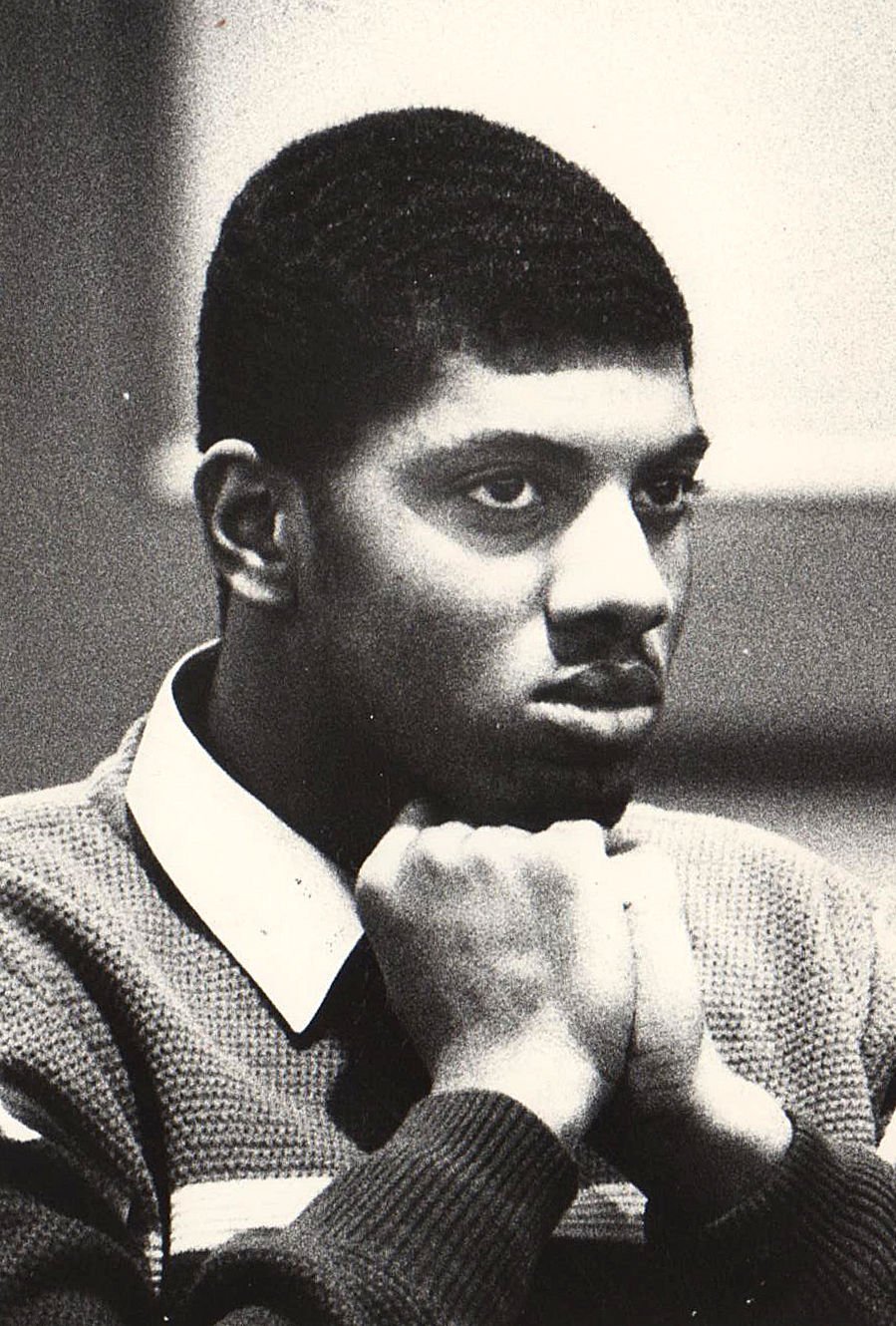 Steven Pratt in court in March, 1986, was just 15 when he shot and killed his neighbor in Atlantic City's Carver Hall apartments in 1984.. Pratt faces murder charges for the fatal beating of his mother Tuesday, Oct. 14, 2014

“I don’t want a trial. I’m guilty,” said the Atlantic City man accused of fatally beating his mother less than 48 hours after completing a 30-year prison sentence for murder.

“I have failed,” Steven Pratt later told the judge during his initial court appearance Tuesday in a barely audible cry.

Pratt, 45, was just 15 when he shot and killed his neighbor in Atlantic City’s Carver Hall apartments in 1984. He was waived up to adult court, a decision an appellate panel backed in a 1988 appeal.

Over the next 30 years, Pratt served time in five prisons, including ages 20 to 24 in New Jersey State Prison, the state’s only fully maximum-security prison that says it houses “the most difficult and dangerous prisoners.”

He was given jobs, as most inmates are, most recently in sanitation at Bayside State Prison in Cumberland County. His responsibilities would include making sure his unit was clean.

Pratt reportedly turned down an offer several months ago to go to a halfway house in preparation for his release, although officials wouldn’t comment. His record as an inmate is not open to the public.

Also unknown is what happened between Pratt and his 64-year-old mother inside her McKinley Avenue home Sunday morning.

It ended with police arriving to find Gwendolyn Pratt dead of blunt-force trauma from repeated blows to her head. Nearby was her son, whose homecoming had been celebrated Friday. He was taken into custody without a fight.

“Some of these guys, they snap,” said Dr. Ronald Gruen, a Cherry Hill-based psychologist who has been evaluating juvenile criminals all over the state for about 30 years. “They don’t have any self-control. Being in prison is a very dangerous place. They have to be on guard all the time.”

Gruen recently completed an evaluation on Jerome Ford, the 14-year-old accused in a January shooting in Atlantic City that killed Angel Mercado-Santiago, 13, and wounded a 15-year-old.

The defense is awaiting an evaluation by a psychologist for the state before a waiver hearing to decide how Ford will be tried, said Ford’s attorney, Joseph Swift.

The juvenile system is made to rehabilitate children who get in trouble, Gruen said. The adult system is to incarcerate.

“If you evaluate somebody at a young age, you can get a pretty good idea of the probability whether they can be rehabilitated,” he said. “In adult prison, there’s really no significant rehabilitation. They mark time, they fight. It’s not conducive to saving a person.”

Jamil Ragsdale was 17 when he was involved in the armed robbery of a pizza delivery man in Atlantic City. Last month, at 19, he was sentenced to 10 years in prison. His family, who have maintained his innocence, said he didn’t deserve to be put in the adult system.

“You’re putting young kids with adults 25 and 30 years old,” Ragsdale’s sister Nadiyah Ragsdale said. “You mess up their stability. It messes you up mentally. Rather than teaching them a lesson by sending them to juvenile detention, you’re just throwing them into the adult life.”

When a teen is waived up, that usually means rehabilitation isn’t considered likely, said Robert Gamburg, an attorney who has defended several juvenile cases tried in adult court.

“Basically, what you’re saying is the juvenile will never develop as a person,” he said. “The rationale is they’re never going to grow as an individual. But to say the decision they made at 15, 16, 17 is the same decision someone would have made at 30 is fundamentally unfair.”

“Numerous juveniles that have been paroled after serving a substantial adult sentence have gone on to be successful, law-abiding citizens,” he said.

Regardless, he said, Pratt’s case is “one in a million.”

Normally, psychologists do not formally diagnose anyone with antisocial personality disorder before 18, said Gruen, who does not have any personal knowledge of Pratt’s case. But, he said, some show signs much younger.

“If you get that and they’re at the age of 15, you start to think that this person has already formulated a personality that is going to be very destructive later on, and it doesn’t matter very much where he’s put,” he said. “It could be a nurturing facility, but it doesn’t always rub off.”

Pratt, who entered prison as a 5-foot-11 teen weighing less than 160 pounds, walked into the courtroom Tuesday looking larger than the 6-foot-2, 215 pounds he’s listed as by the Department of Corrections.

His legs shackled, he kept his head down except when addressing Superior Court Judge Michael Donio.

As the murder charge was read, Pratt’s face began to dissolve into a grimace, his shoulders heaving as he silently cried.

Asked whether he had a lawyer or would need a public defender, Pratt sobbed: “I have no lawyer. I have nobody.”

As he said the words, “I’m guilty,” Donio talked over Pratt, warning the defendant not to say anything about the case. The judge then said paperwork could be put in for a public defender.

When told his bail is $1 million, Pratt replied, “It doesn’t matter, sir.”

“I have nothing,” he said before being led away, crying.

The question now is, was Pratt a lost juvenile beyond rehabilitation, or did incarceration lead to more violence?

“You would really have to study his history to know whether prison made him the way he is or if he had a predisposition in the first place,” Gruen said. “It can really go both ways.

“If anybody’s been in prison 30 years in the adult system, they’re no sweethearts,” he continued. “They’re probably a very angry, very paranoid individual. Probably very upset with the world.”

MAYS LANDING — An Atlantic City man pleaded guilty to manslaughter Wednesday for killing his mother in 2014, less than 48 hours after completi…

BRIDGETON – A grand jury has indicted two men who allegedly busted out of the Cumberland County Juvenile Detention Center in September.

An Atlantic City man accused of killing his mother less than 48 hours after he got out of prison for murder was indicted today.

With video from the sentencing.

Gwendolyn Pratt, of McKinley Avenue, in Atlantic City, was found dead in her home. Her son, Steven Pratt, surrendered and is charged with her death.

Steven Pratt arrives in court for a first appearance, Tuesday Oct. 14, 2014, in Mays Landing. Pratt faces murder charges for the fatal beating of his mother.

Steven Pratt appeared in court today on charges he killed his mom two days after being released from prison Friday.

Steven Pratt in court, March, 1986, was just 15 when he shot and killed his neighbor in Atlantic City's Carver Hall apartments in 1984.. Pratt faces murder charges for the fatal beating of his mother Tuesday, Oct. 14, 2014

Steven Pratt in court in March, 1986, was just 15 when he shot and killed his neighbor in Atlantic City's Carver Hall apartments in 1984.. Pratt faces murder charges for the fatal beating of his mother Tuesday, Oct. 14, 2014