How Borgata became first A.C. casino to offer sports betting
0 comments
Share this
Only $5 for 5 months
1 of 3 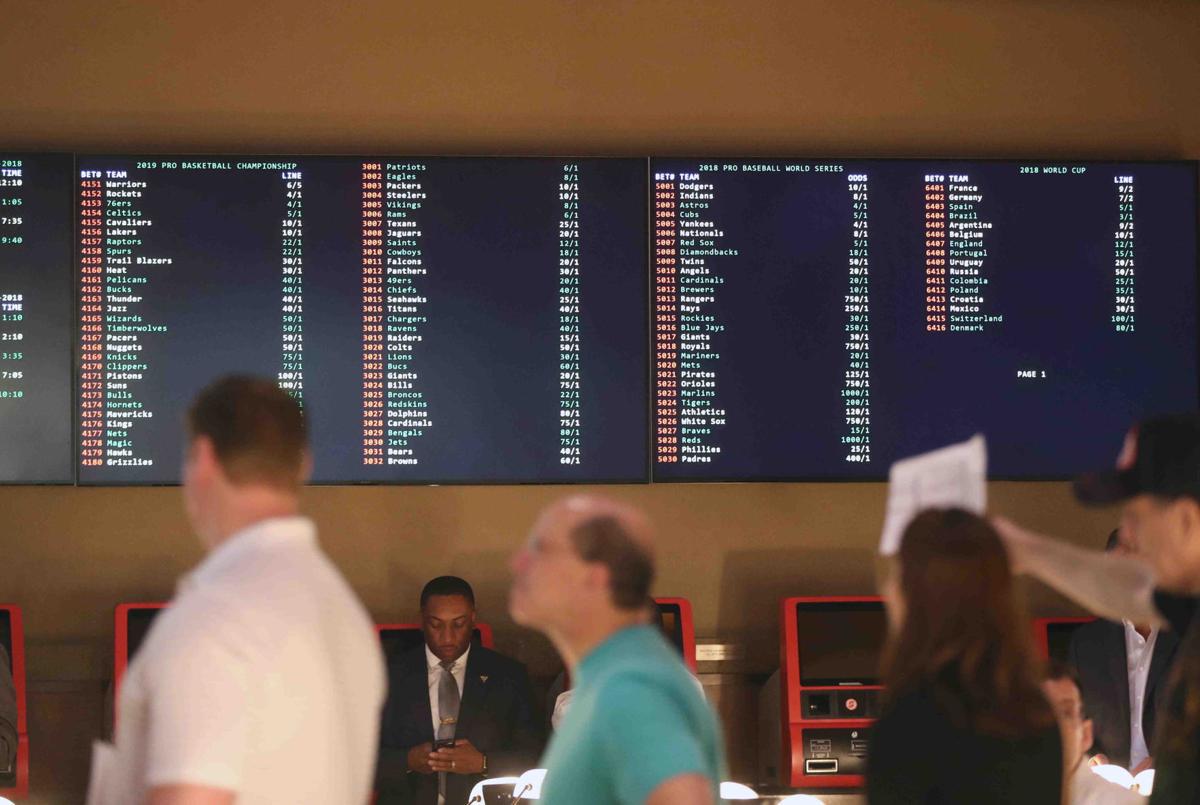 Borgata was the first casino in Atlantic City to take a legal sports wager June 14. 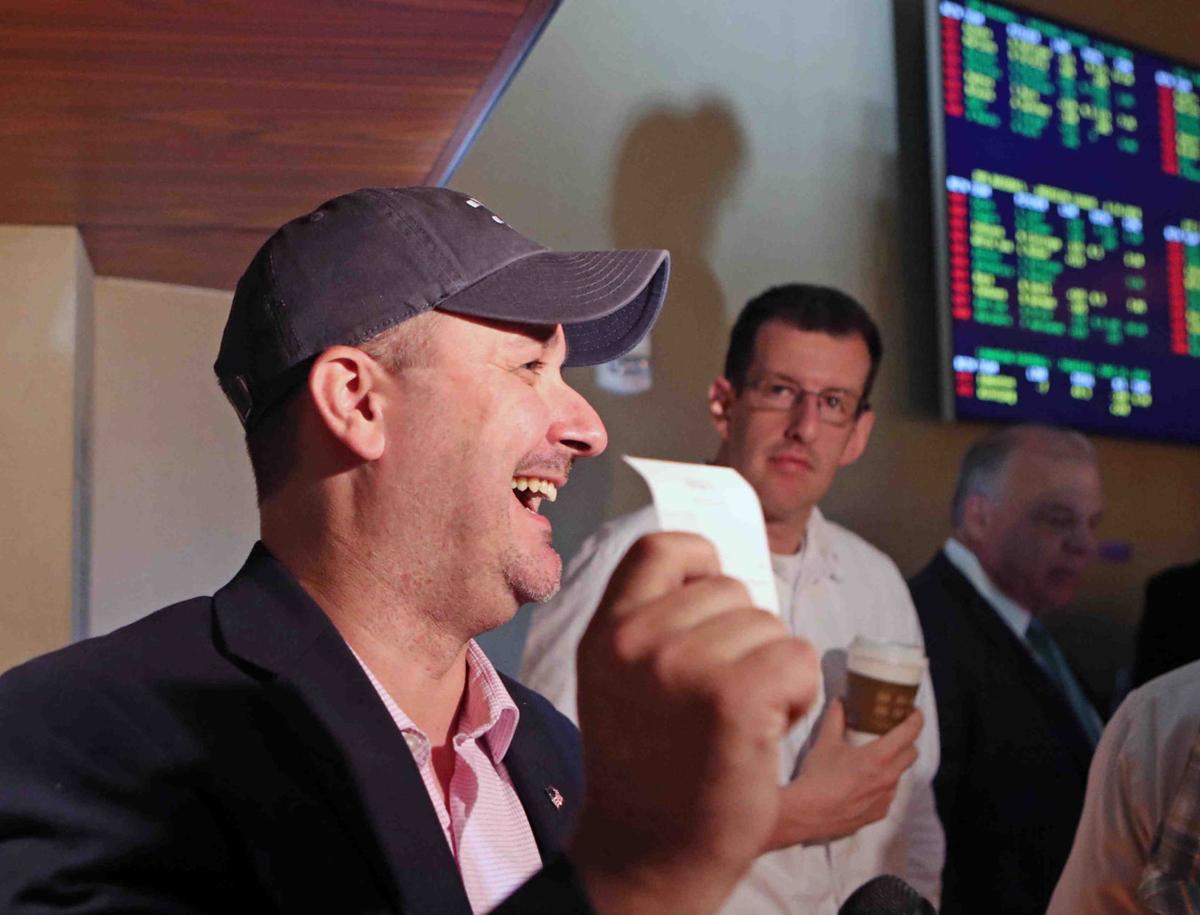 Tom Barton of Long Island, N.Y., with his sports betting ticket Thursday at Borgata. The casino was the first in AC to take a legal sports wager on Thursday morning. June 14, 2018 (Craig Matthews / Staff Photographer) 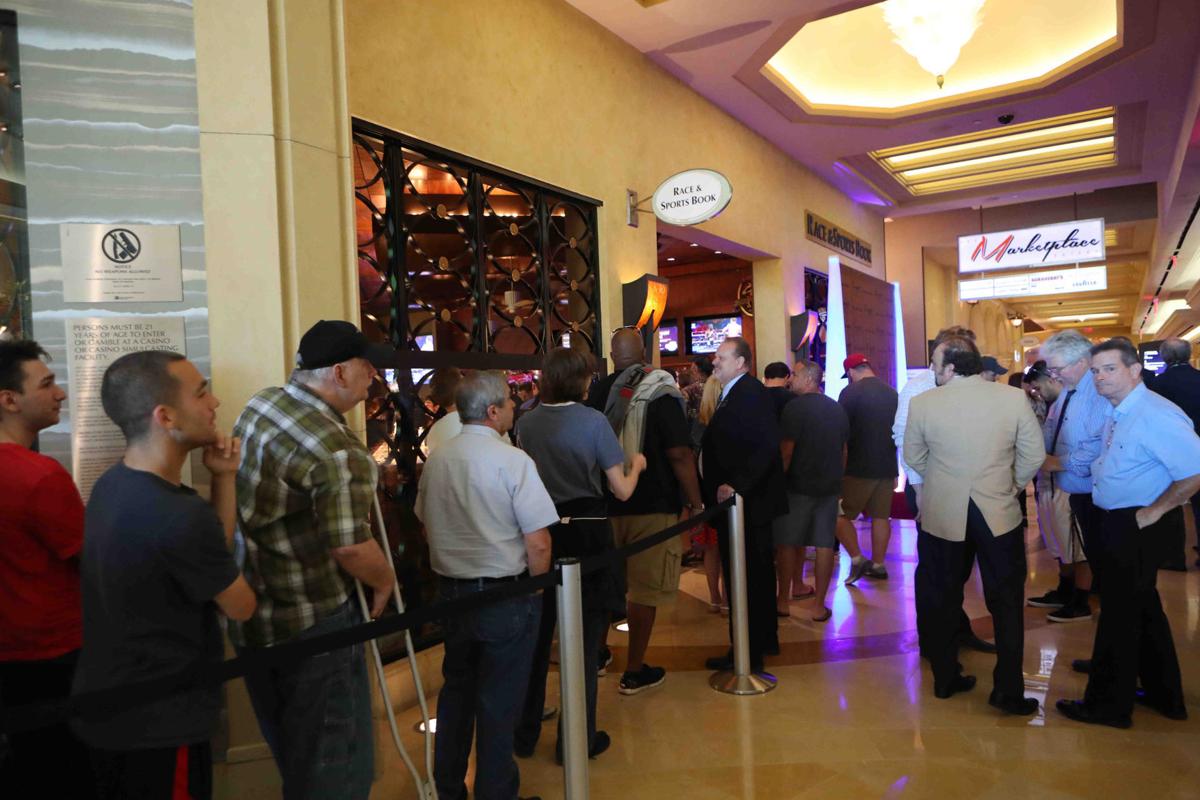 Customers queue up Thursday at Borgata Hotel Casino & Spa in Atlantic City for the opening of legal sports betting.

ATLANTIC CITY — The legalization of sports betting in New Jersey will produce countless winners — and losers — but no one in the city was more victorious on Thursday than Borgata Hotel Casino & Spa.

Atlantic City’s most profitable casino made history by being the first in the resort to offer sports betting and industry experts said that was not by accident.

Bob Ambrose, a professor of casino management at Fairleigh Dickinson University and a gaming consultant, said the 15-year-old property owned by MGM Resorts International has a reputation for being “ahead of the curve.”

He said he “would have been disappointed” if the casino hotel had not been first in line to offer the highly anticipated gaming amenity in Atlantic City.

“Borgata has always been a front-runner when it comes to what’s next in the industry,” Ambrose said Friday. “They have a history of visionary thinking, so it’s not surprising.”

In August 2016, MGM bought out its operating partner, Boyd Gaming, for $900 million.

The combination of MGM’s experience and the existing facility inside the casino, formerly known as The Racebook but now called the Race & Sports Book, made the transition seamless for Borgata, said Michael Pollock, managing director of Spectrum Gaming Group.

Pollock said Borgata was “determined to be first” and made sure that when Gov. Phil Murphy signed a bill Monday legalizing sports wagering at New Jersey’s racetracks and Atlantic City casinos, the casino hotel would be prepared.

“The Borgata has a culture of wanting to be an industry leader and to maintain its status as an industry leader,” Pollock said. “So, I think the team in place saw the opportunity and executed promptly and effectively. It really is that simple.”

Prior to Thursday’s launch, Marcus Glover, president of Borgata, said “quite a bit” of planning went into offering sports betting at the Race & Sports Book. Glover said discussions started as far back as October when the company “felt positive things were moving in the right direction” in terms of legalized sports betting coming to New Jersey.

What will sports betting in Atlantic City look like?

MGM will run Borgata’s wagering options “from afar” while the property is “executing on the front line,” Glover said. MGM operates eight sports books at its various properties in Las Vegas, including at the MGM Grand, Bellagio and Mandalay Bay.

“This is one where our parent company, MGM Resorts, has been doing this now for 25 years or so (in Las Vegas) so they bring tons of expertise,” Glover said. “We feel pretty good about our prospects in terms of offering a great experience, being an expert, offering every wager that would be something people would want to place a wager on.”

The legislation Murphy signed Monday states New Jersey sports betting licensees must wait 30 days before online wagers can be offered. Glover said he anticipates having online sports betting “as quickly as we can.”

Will sports betting be a 'game changer' for Atlantic City?

No other Atlantic City casinos have announced when they will begin offering sports betting, but Ambrose said the next likely candidates are Golden Nugget Atlantic City or Caesars Atlantic City, both of which have connections to Las Vegas operated sports books.

“The Golden Nugget has been pursuing the next big thing (since new ownership took over),” he said. “They have a tendency to look ahead.”

Business up at New Jersey track, casino with sports bets

OCEANPORT — Arthur Rosen puzzled over the photocopied sheet of paper listing all sorts of exotic bets on baseball games, including one in whic…

John Mudry and his family sat around the $10 blackjack table at Bally’s Atlantic City on Tuesday afternoon. The cocktail waitress brought over…

ATLANTIC CITY — Three casino properties have taken steps beyond applying for a license to begin accepting sports wagers as soon as possible.

ATLANTIC CITY — Bally’s Wild Wild West Casino is putting the final touches on a sports book that could open as soon as next week.

ATLANTIC CITY — It was only fitting that the first sports bet placed in an Old West-themed casino involved cowboys.

ATLANTIC CITY — With the opening of a fourth sports book and the expected launch of mobile sports wagering by week’s end, the city’s casinos a…

ATLANTIC CITY — Online sports betting will not only boost revenue for casino operators, some gaming experts believe it also may contribute to …

ATLANTIC CITY — DraftKings, through its partnership with Resorts Casino Hotel, has launched the first online and mobile sports betting platfor…

ATLANTIC CITY — In the span of about an hour, two casinos opened sports books Wednesday morning.

Borgata named 'Property of the Year' at G2E

Atlantic City’s Borgata Hotel Casino & Spa has been named “Property of the Year” at the 2018 Global Gaming Awards in Las Vegas.

Atlantic City’s most profitable casino has launched its own online sports betting platform, hoping to capitalize on the strength of its brand name.

ATLANTIC CITY — The first casino to offer legalized sports betting will unveil its new sportsbook and lounge next month.

Borgata was the first casino in Atlantic City to take a legal sports wager June 14.

Tom Barton of Long Island, N.Y., with his sports betting ticket Thursday at Borgata. The casino was the first in AC to take a legal sports wager on Thursday morning. June 14, 2018 (Craig Matthews / Staff Photographer)

Customers queue up Thursday at Borgata Hotel Casino & Spa in Atlantic City for the opening of legal sports betting.