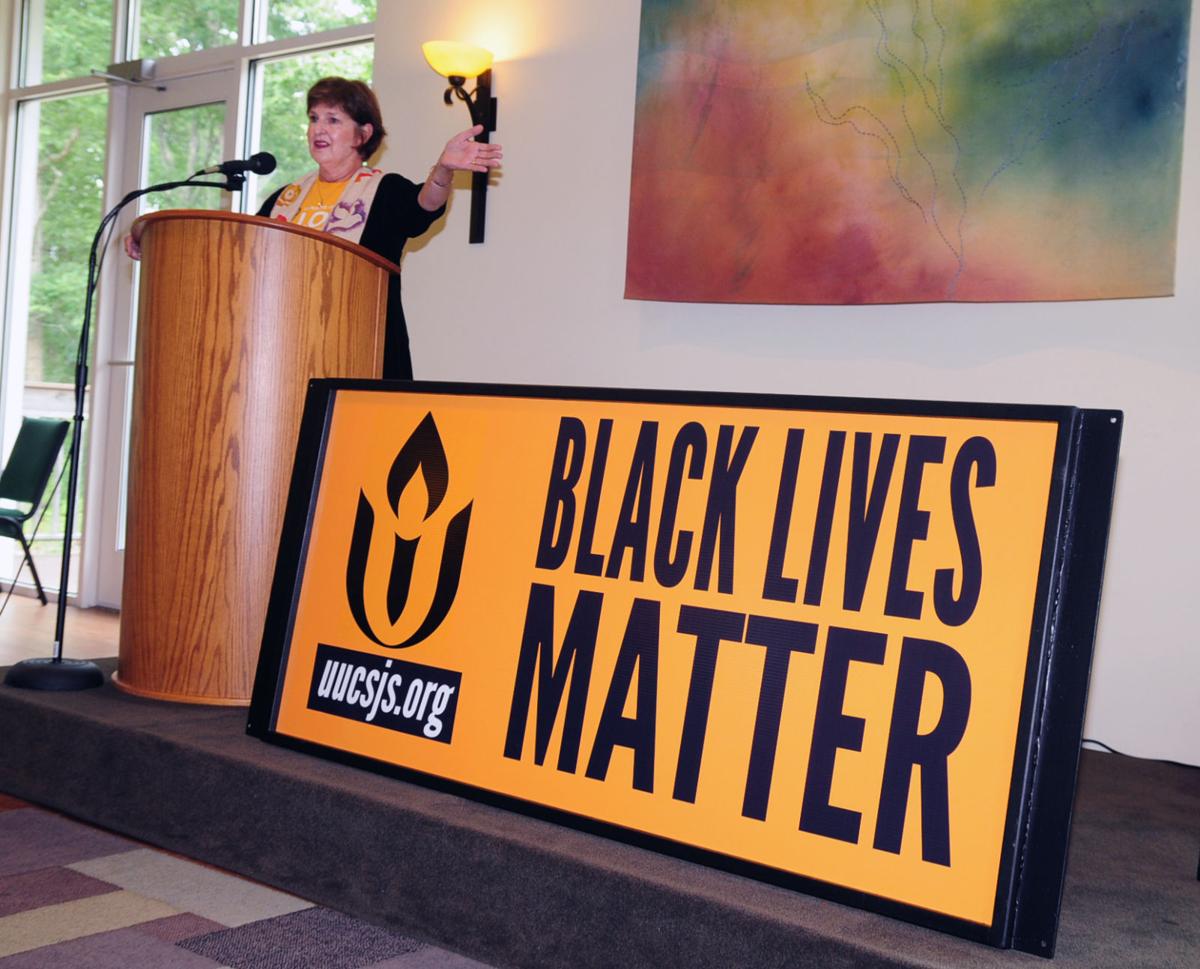 The Rev. Cynthia Cain, from Hainesport, welcomes the multidenominational audience during the unveiling of a new sigh at will be placed in front of the Unitarian Universalist Congregation of the South Jersey located in the Pomona section of Galloway Township. Photo/Dave Griffin 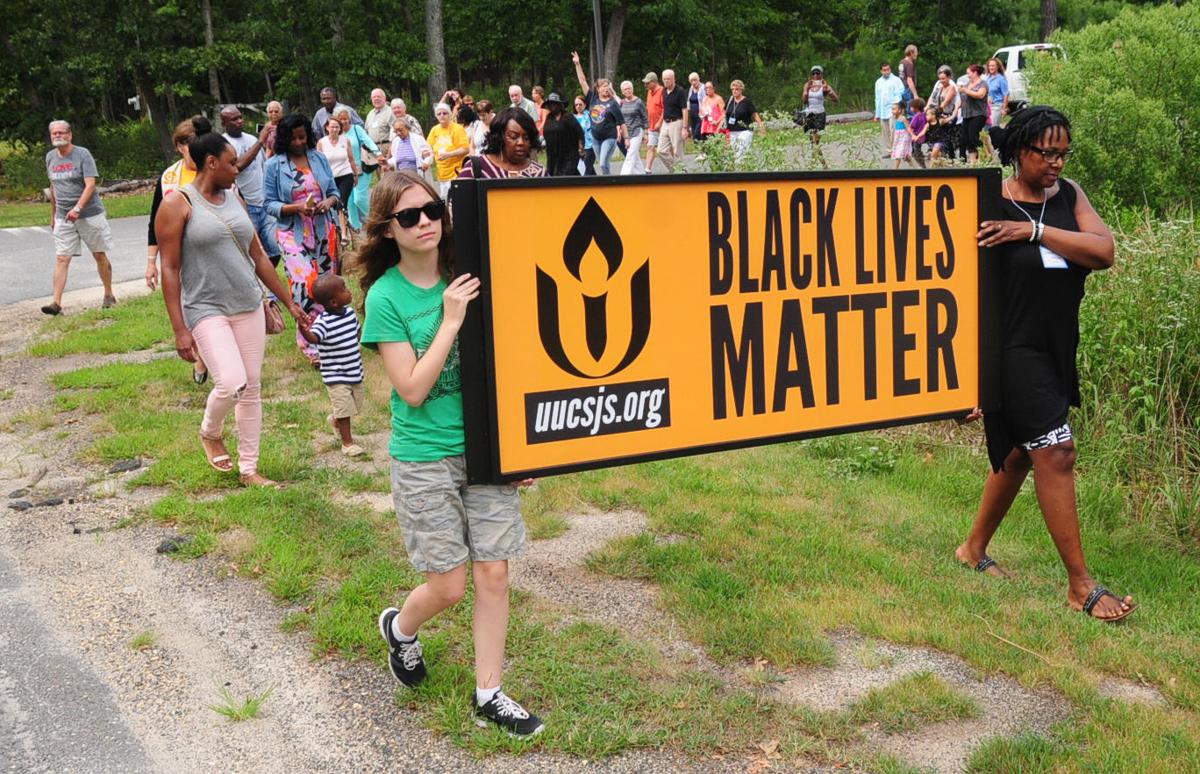 Church members Grace Cluff, 14, and Shelee McIlvaine, both of Galloway, carry the newly unveiled sign to its place in front of the Universalist Congregation of the South Jersey located in the Pomona section of Galloway Township. Photo/Dave Griffin

GALLOWAY TOWNSHIP — The reverend and congregation of a church that unveiled a “Black Lives Matter” banner on Pomona Road say they are fearful after a receiving a hostile response to the sign on social media.

Rev. Cynthia Cain said comments on the Unitarian Universalist Congregation of the South Jersey Shore’s Facebook page could be described as threats. Many of the comments on the page also state: “All Lives Matter.”

Police Chief Donna Higbee said Cain contacted the police department, which reviewed the Facebook comments and found none of the posts was threatening.

Cain said as a precaution, the predominantly white congregation will reevaluate security at the building after hateful comments were posted to its Facebook page.

“People in the congregation are clear and supportive of the movement and the sign, but some are scared with the pushback from the reaction to the sign,” Cain said. “People are posting on our page that this movement better stop and needs to stop, and that could be considered a threat.”

Some of the comments on the page also accuse the church of being racist and anti-law enforcement.

She said the congregation loves and respects those who risk their lives for public safety, and want to promote discussion and understanding between the black community and police.

Higbee said the department’s patrol division was aware of the sign being displayed.

“I believe that Galloway Township has a great relationship with its community, and I want to keep it that way,” she said.

“We’re here to respond if there are threats, but nothing has been reported yet. If anything happens to anyone in this community, we respond to it. We will not tolerate any threats or violence to anyone in our community,” she said.

Mayor Don Purdy said he lives one block from the church and was briefed before the sign was unveiled Sunday.

Purdy said there are no racial issues in the township that he is aware of.

“My stance is, I think all lives matter, I don’t think it matters if you’re black, white, Hispanic, Mexican or Indian, whatever nationality you are, you a resident of this country,” said Purdy.

Purdy said that nothing surprises him when it comes to offensive and hateful comments posted on social media, and that he doesn’t support any movement that condones violence against any law enforcement, first responders or members of the public.

“These posts could honestly be coming from anywhere and not particularly from this community. But today everything should be taken seriously even if it is posted on social media,” Purdy said.

GALLOWAY TOWNSHIP — A township woman has been identified as the victim of a fatal pedestrian accident Monday.

The Rev. Cynthia Cain, from Hainesport, welcomes the multidenominational audience during the unveiling of a new sigh at will be placed in front of the Unitarian Universalist Congregation of the South Jersey located in the Pomona section of Galloway Township. Photo/Dave Griffin

Church members Grace Cluff, 14, and Shelee McIlvaine, both of Galloway, carry the newly unveiled sign to its place in front of the Universalist Congregation of the South Jersey located in the Pomona section of Galloway Township. Photo/Dave Griffin