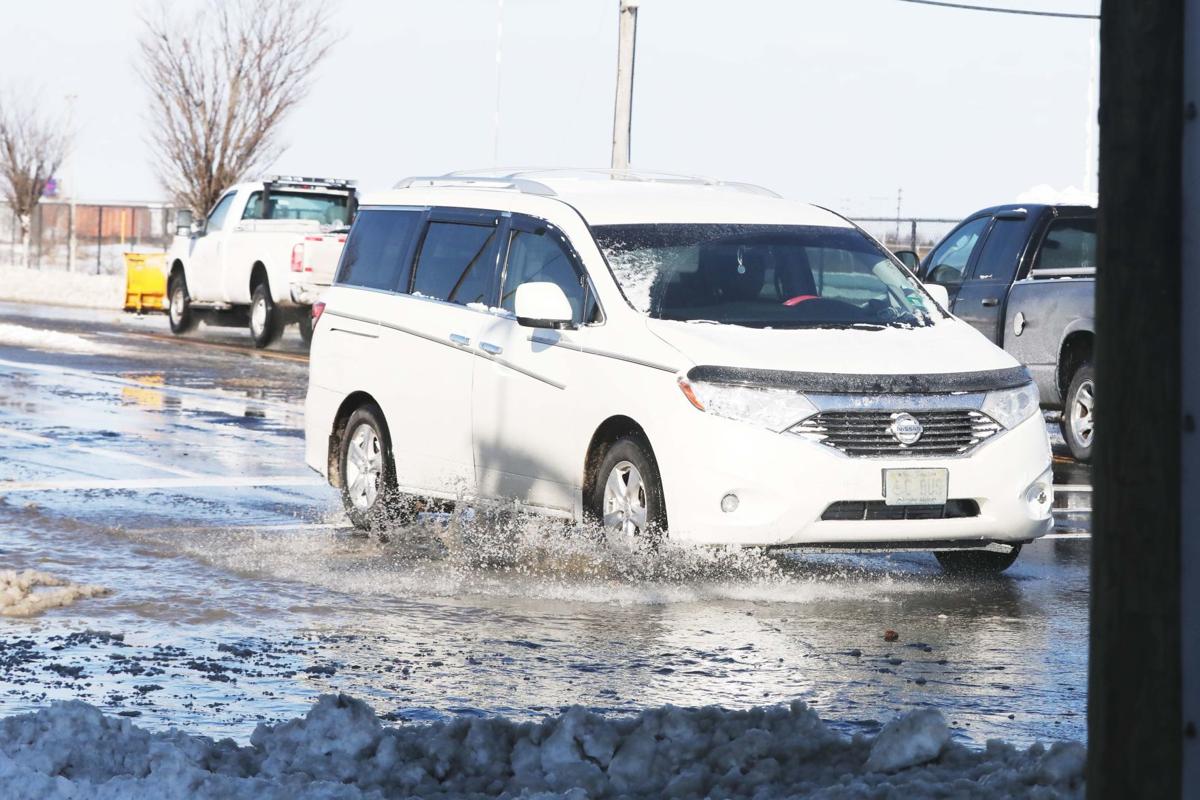 Water flooded Albany Avenue near West End Avenue about noon Friday after a large water pipe burst. It was one of 12 water-main breaks the city had to deal with in the wake of last week’s blizzard and deep freeze, highlighting a problem of aging water infrastructure in New Jersey and nationwide. 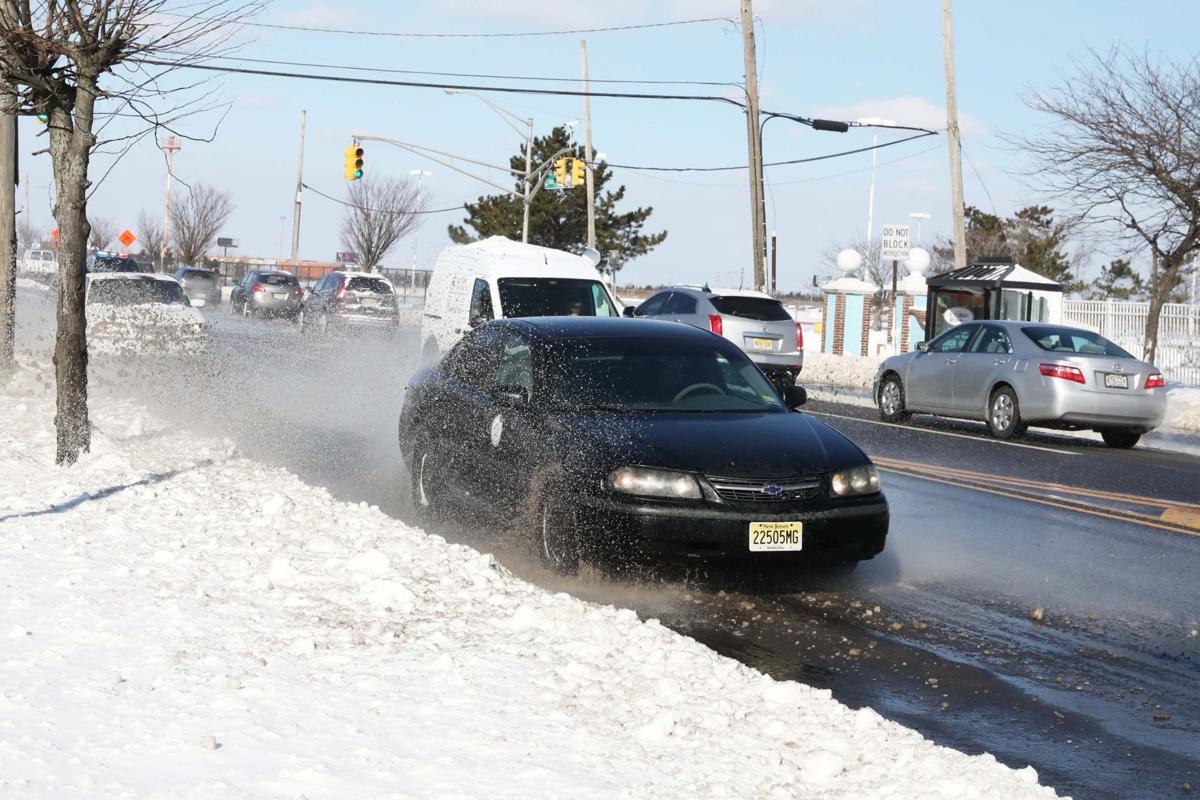 Water flooded Albany Avenue by West End Avenue shortly after noon Friday after a large water pipe burst, according to police. Plows were used to push the slushy waters out of the road as much as possible as crews worked to fix the break. Friday, January 5

On Friday, the Atlantic City Municipal Utilities Authority faced an “unprecedented” 12 water main breaks that spewed drinking water into the streets and threatened to disrupt service to customers living in the area.

The breaks, which were still being fixed Wednesday, represent a growing trend in New Jersey and around the country of aging and crumbling infrastructure.

According to a comprehensive report published by Jersey Water Works, “A water infrastructure crisis is brewing across the country and in New Jersey.”

The report, published last month, said that while some of New Jersey’s water systems are well-maintained, many are past their life expectancy and suffer from decades of underfunding. This can lead to water- and sewer-main breaks that can harm public health.

“If there’s an issue with water infrastructure anywhere in the country, it can also be found, in some form, in New Jersey,” Larry Levine, a water program attorney at the Natural Resources Defense Council and Jersey Water Works Steering Committee member, said in the report. “These challenges also create an opportunity for New Jersey to lead. If we can solve these problems in New Jersey, we can show other states how to solve them, too.”

A recent report card on the country’s infrastructure compiled by the American Society of Civil Engineers concluded the United States severely lacks funds to update and replace aging water systems that provide safe drinking water to millions of people.

The drinking water is delivered through 1 million miles of pipes across the country, according ASCE. Many of those pipes were laid in the early to mid‐20th century with a lifespan of 75 to 100 years.

Across the country, about 240,000 water main breaks every year waste about 6 billion gallons of treated water that could have been safely used for drinking or bathing.

Overall, the country received a “D” grade for its drinking water infrastructure.

The ASCE estimates New Jersey alone needs $933 million in investment to keep up with demands over the next 20 years.

A $1 trillion investment is needed to maintain and expand service to meet demands over the next 25 years in the United States, according to ASCE.

“New Jersey’s water infrastructure has been held together patchwork-style for a long time,” former Gov. James Florio said in the Jersey Water Works report. “And while the costs of fixing the problem are high in the short term, the costs of doing nothing will be far higher in the long term.”

The recent freezing weather much of the country has experienced may only exacerbate the problem.

In Atlantic City, the director of the Municipal Utilities Authority, Bruce Ward, said he could not remember a time when there were 12 breaks in one day.

“In a huge week, we deal with three,” Ward said last week. “In the history of the staff and memory, we have never had as many as we have right now.”

But beyond the city, the water infrastructure in Atlantic and Cape May counties held together well during the recent deep freeze.

Linda Gilmore, a spokeswoman for Atlantic County, said there was one water main break in Northfield, while Dale Foster, the Cape May County engineer, said he did not know of any breaks on county roads.

Chelsea Simkins, a spokeswoman for New Jersey American Water Co., said the infrastructure in the southern coastal region of New Jersey fared much better than other parts of the state.

That was helped by a combined $29 million in upgrades in recent years, including a new water tank in Upper Township and renovations in Ocean City, she said.

Investment needed to maintain and expand service  in the U.S. over the next 25 years

Miles of drinking-water pipes across the country.

Water main breaks per year in the U.S.

Gallons of treated water lost every year in the U.S. due to water-main breaks.

GALLOWAY TOWNSHIP — A township man who was arrested Dec. 29 after police found him carrying an assault firearm and ammunition will appear in c…

Cape May Brewing voted best beer, according to magazine

LOWER TOWNSHIP — Cape May Brewing Co. was voted the second runner-up for best brewery in the nation and was voted best beer of 2017 by Beer Co…

Survival of fittest on display in severe cold

Water flooded Albany Avenue near West End Avenue about noon Friday after a large water pipe burst. It was one of 12 water-main breaks the city had to deal with in the wake of last week’s blizzard and deep freeze, highlighting a problem of aging water infrastructure in New Jersey and nationwide.

Water flooded Albany Avenue by West End Avenue shortly after noon Friday after a large water pipe burst, according to police. Plows were used to push the slushy waters out of the road as much as possible as crews worked to fix the break. Friday, January 5 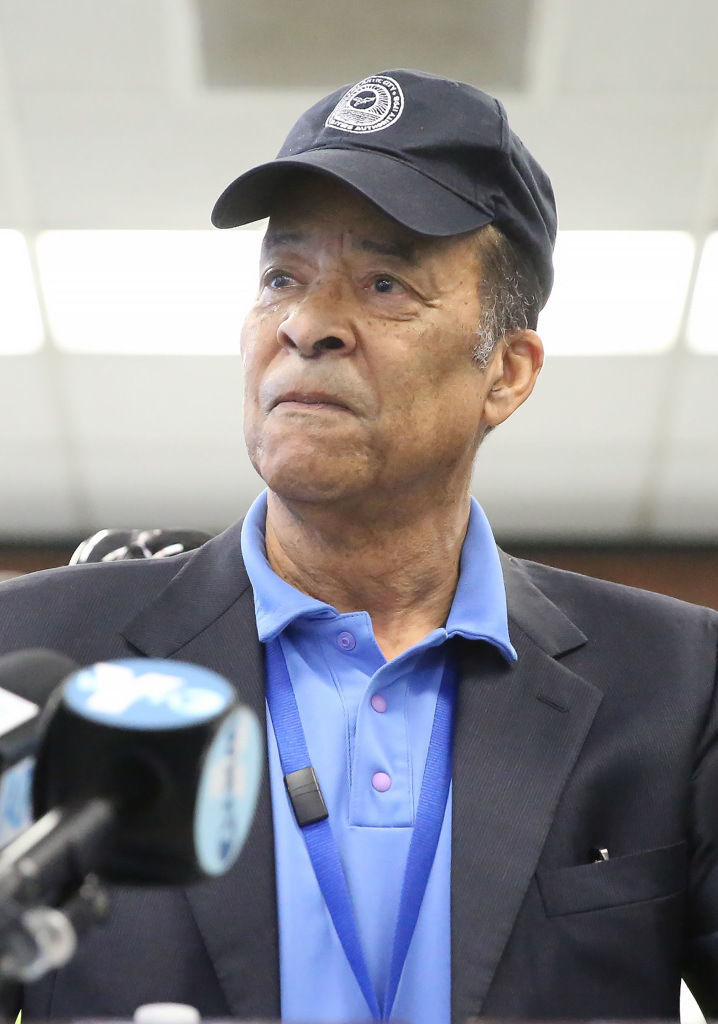 ACMUA Executive Director Bruce Ward, sheds tears during his speech in the Atlantic City Council Chambers as he speaks out against the state takeover of the city. Thursday April 20, 2017. (Viviana Pernot / Staff Photographer)