Campaigning in a pandemic, Van Drew and Kennedy are ready for anything 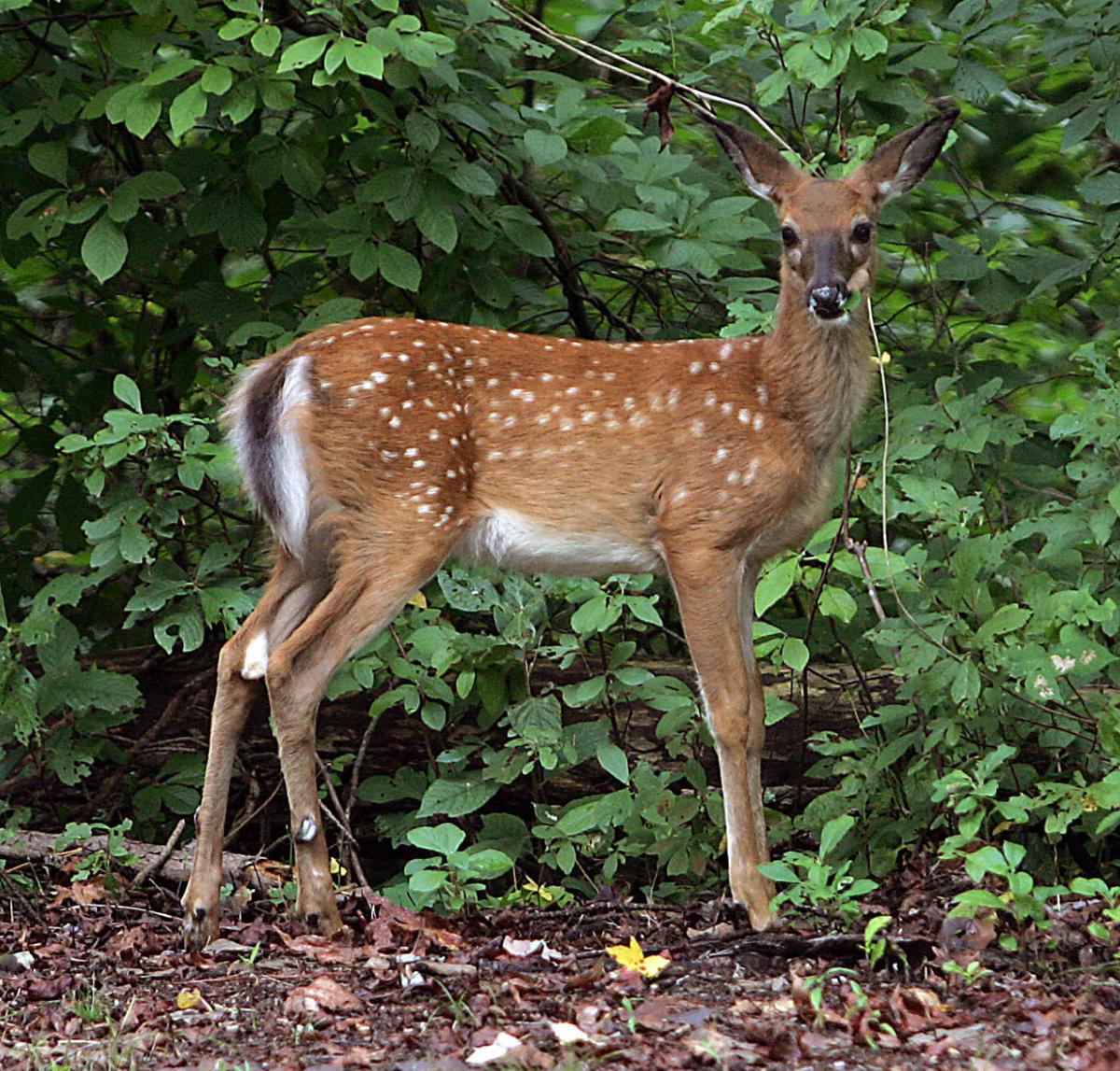 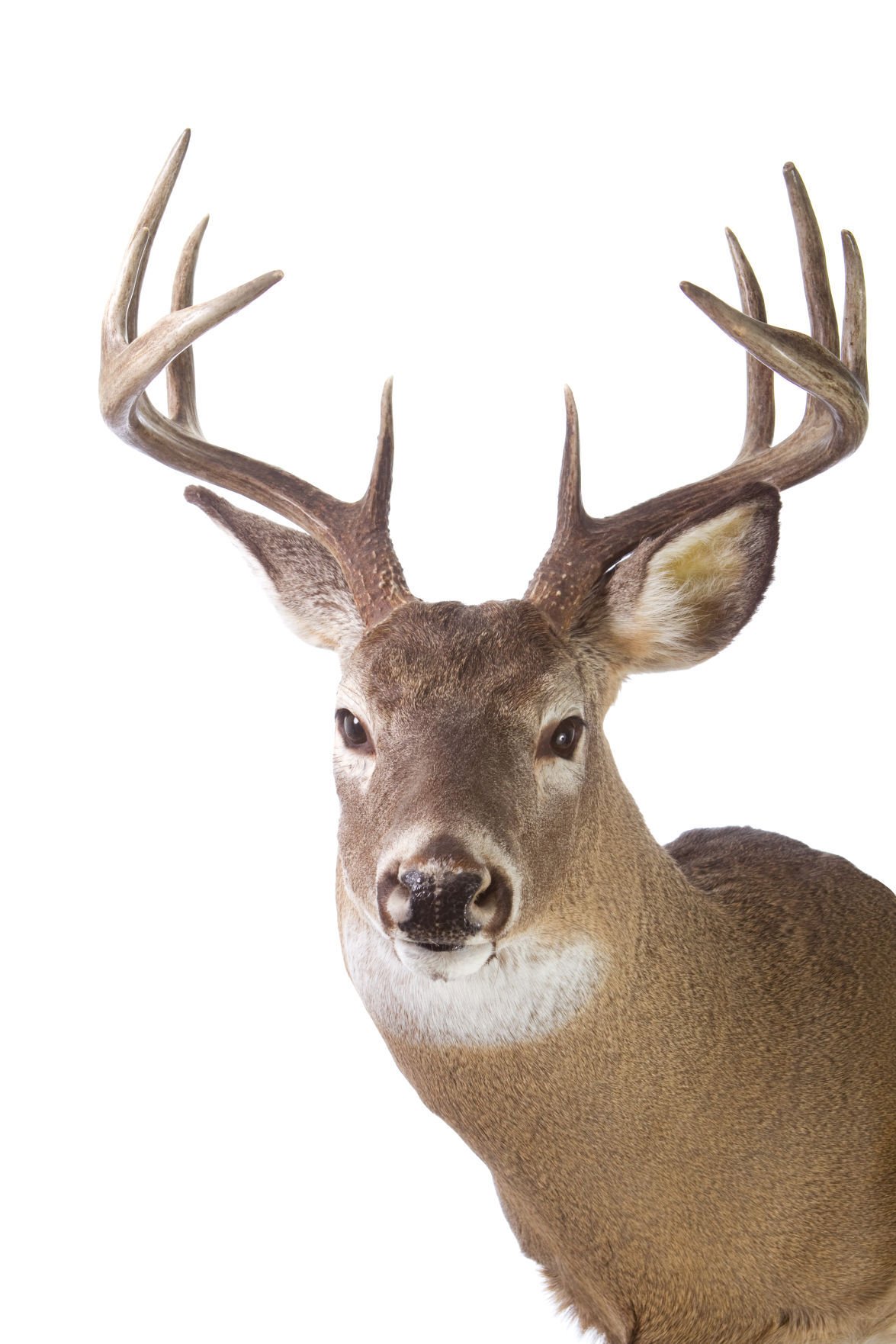 Don’t take it personally if a deer runs in front of your car in the next several weeks. He’s just a victim of his hormones and a little out of control.

It’s rutting season from late October through mid-December in all areas of the state, when deer throw caution to the wind in an attempt to mate, according to the state Department of Environmental Protection.

While the deer population in New Jersey is estimated to be about half what it was in 1995, the chaotic behavior of the animals during mating season means humans have to be extra attentive while driving.

Many areas of the state still have an overabundance of deer, DEP Principal Wildlife Biologist Dan Roberts said in a recent podcast. He’s the leader of the DEP’s white-tailed-deer project.

“Every one of my officers have hit deer, most of us multiple times,” Thompson said. It usually happens on the night shift while the officers are patrolling the township’s hundreds of miles of mostly rural roads.

Bucks most actively pursue females in the early morning and around sunset, when visibility can be difficult, according to the DEP.

“We are a fleet of 15 cars, and we average three deer accidents per year,” Thompson said. “They are almost always reportable accidents with a threshold of over $500 in damage. That’s a classification for the state accident report.”

To try to minimize damage, Thompson said, he had push bumpers installed on all patrol cars. They are extra large bumpers designed for pushing cars off roads, but they also keep deer from doing as much damage to the front of a vehicle, Thompson said.

In the past, the department tried installing whistlers, devices that emitted a sound to repel deer, but they didn’t work after a while because insects would clog them, he said.

The state’s deer management policies have cut the population from 204,000 to about 101,000, according to DEP estimates.

But the herds are not evenly distributed, said Bureau of Wildlife Management Chief Carole Stanko, a former deer project leader for the Division of Fish and Wildlife.

So residents in some suburban areas, where hunting isn’t helping control the population, complain there are too many deer. Hunters in other areas say there are not enough of the animals, she said.

Overabundance of deer causes ecological problems, as they can eat all the underlying plants in some forests. They can also be a nuisance in many suburban communities, said Stanko.

In two-thirds of the state there is still an excess, so hunters are allowed to take an unlimited number, and the season is five and a half months long, she said.

“In some areas of the state, we have some of the most liberal hunting regulations in the country,” she said.

There are tighter restrictions in areas such as the Pinelands, where the population is lower, she said.

The biggest challenge for managing the deer herd is lack of hunter access to private property, Stanko said.

She said private property owners often have misconceptions about the dangers of allowing hunting on their properties.

Some also think the state should use nonlethal methods of control, like contraception. But it hasn’t proved effective.

“There really isn’t a reliable drug out there,” said Stanko.

It’s expensive and must be injected by hand, so each deer must be captured to administer it. And the drug must be given annually, she said.

For now, natural predators like black bear and coyotes, who mostly feed on fawns, are keeping the population in check along with human hunters and drivers.

However, fatal accidents caused by people swerving to avoid collisions with deer and hitting other cars or stationary objects like trees are not counted in those numbers.

Motorists are asked to inform the Department of Transportation of dead deer they find along the state highway system, and can share information at nj.gov/transportation/commuter/potholeform.shtm.

Drivers should alert municipal and county governments about deer hit on their roadways. They are responsible for removal of dead deer from roads they maintain, according to DEP.

• Slow down and pay attention if you see a deer. If it is on the roadway, don’t go around it but wait for the deer to pass and the road is clear. Deer are easily spooked and may run into you.

• Slow down when you see “Deer Crossing” signs, which designate areas known to have a high concentration of deer.

• If you are traveling after dark, use high beams when there is no oncoming traffic. The light will be reflected by the eyes of deer. If you see one deer, others may be in the area. Deer typically move in family groups at this time of year and cross roads single-file.

• If a collision appears inevitable, do not swerve to avoid impact. The deer may counter-maneuver suddenly. Brake appropriately, but stay in your lane. Collisions are more likely to be fatal when a driver swerves and instead collides with oncoming traffic or a fixed structure.

For more on the Community-Based Deer Management Program, see njfishandwildlife.com/cbdmp.htm.

The ocean cleaned up to a clear blue, and the water temperatures dropped below 70 degrees, and from reports around the area, it is “fishable,”…

Some nice tautog are being caught around the rockpiles, and a 28-.5-inch stripier was caught Saturday in the Margate MVPs.