BRIDGETON — Two more inmates at a South Jersey prison have died from COVID-19 as cases at facilities continue to grow, state data show.

The state Department of Corrections dashboard, which shows cases in facilities throughout New Jersey, has been updated to show two additional fatalities attributed to the coronavirus at South Woods State Prison.

The facility recorded its first inmate death attributed to the pandemic in April.

Asked for the identity of the inmates and details of their incarceration, Matthew Schuman, spokesman for the DOC, said due to medical privacy reasons, he could not disclose a specific individual’s personal information.

As COVID-19 cases increase in South Jersey prisons, so does worry from family members

In the beginning of April, Patrice Clemons got a call from an administrator at Southern Stat…

There are three DOC facilities in South Jersey, all in Cumberland County. In addition to South Woods, there are Southern State Correctional Facility and Bayside State Prison, both in Maurice River Township.

The number of cases in state facilities continues to rise.

South Woods has the highest number in the state of inmates who have tested positive for the disease with 692, according to state data. Eighty staff members there have also tested positive.

Southern State has recorded 154 cases in inmates and 80 in staff, while Bayside has reported 80 and five cases, respectively.

Neither Bayside nor Southern State has recorded a fatality.

South Woods has a total of 3,343 inmates, while Bayside and Southern State have 1,423 and 1,650, respectively, according to state data.

All inmates at state DOC facilities have been tested, with a number of lab results still pending, according to the dashboard.

3 charged with robbing man, threatening him with bat in North Wildwood

BRIDGETON — Police are investigating after a man was allegedly assaulted with a beer can early Wednesday.

BRIDGETON — More than 700 inmates at South Woods State Prison have been confirmed as having COVID-19, state data show.

MAYS LANDING — Court hearings and trials across South Jersey continue to be held virtually or have been postponed amid the COVID-19 pandemic.

BRIDGETON — When inmates at the Cumberland County jail complain of symptoms related to COVID-19, they’re sent to solitary confinement for two weeks.

BRIDGETON — A fifth inmate at a South Jersey prison has died from COVID-19 as cases at facilities continue to grow, state data show. 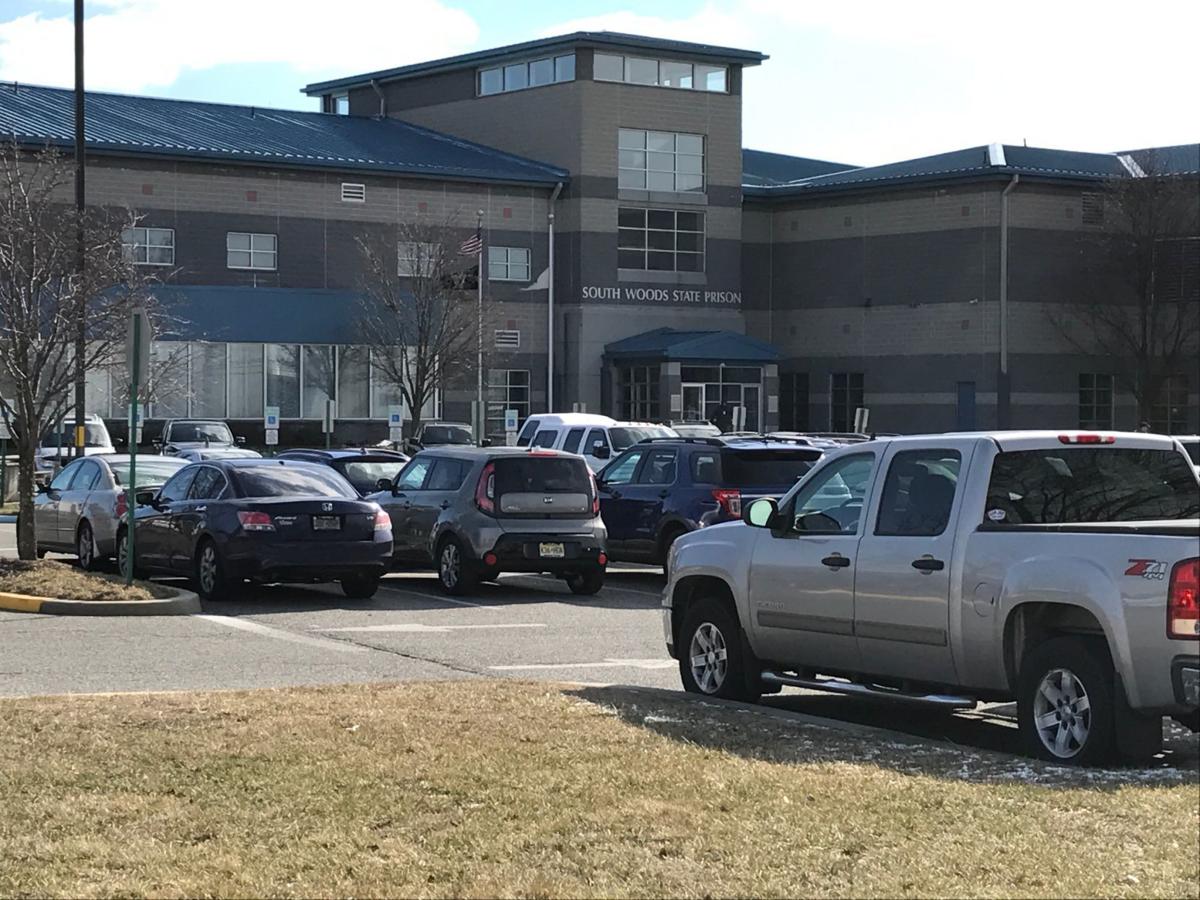 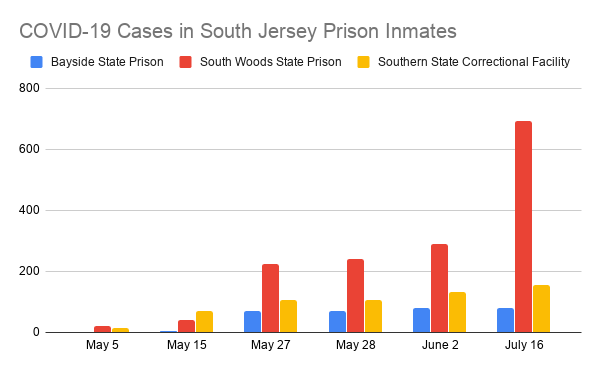