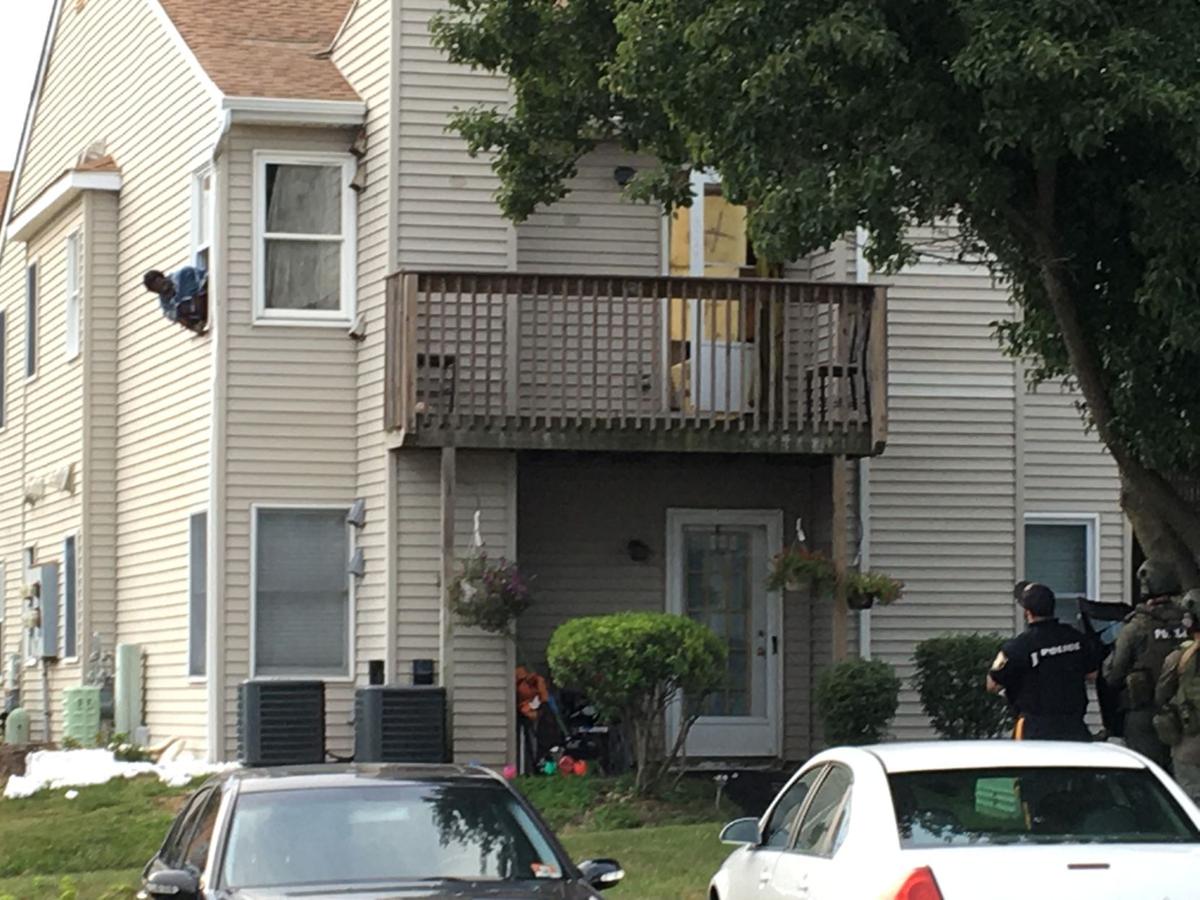 Pleasantville police and Atlantic County SWAT attempt to communicate with a man through his window during a standoff in July at the Skyline Condos. 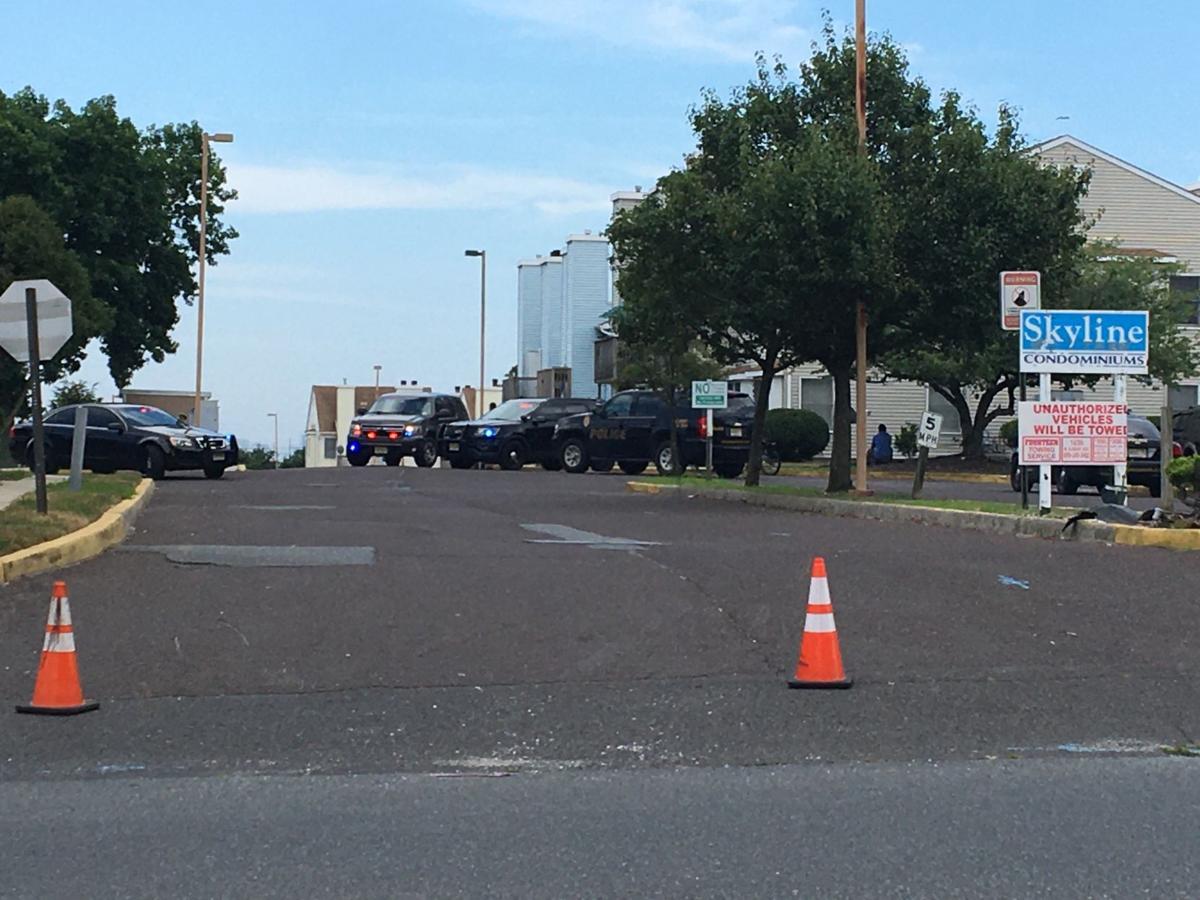 Police and fire units blocked vehicles from entering the Skyline Condominiums during a July standoff.

PLEASANTVILLE — Police and firefighters surrounded the Skyline Condominiums for seven hours Thursday after a man threatened to blow up his home, finally removing him via SWAT team.

Authorities received a call about 3:15 p.m., after which some residents of the complex were evacuated and no one was allowed to drive in.

Both the Pleasantville police and fire departments were on the scene, as were the Atlantic County Prosecutor’s Office and SWAT team and the Egg Harbor Township and Absecon police departments. The gas and electricity to the man’s building were shut off almost within the hour.

The man police addressed as Tyrone has lived at Skyline for eight years, according to neighbor Jean Harris. She said he has mental health issues and police are there on a regular basis.

“I’d like to know who’s protecting Pleasantville while they’re all here,” Harris said. “I feel sorry for him, but that’s what’s happening. The state pays for him to be in that apartment.”

On Thursday afternoon, Victor Carmona, a Pleasantville police chaplain and local maintenance man, arrived at Tyrone’s second-story apartment to fix a leak that had worked its way into the unit downstairs.

Tyrone didn’t want Carmona, whom he knows works with the local police, in the apartment. He told Carmona if he came in with police, Tyrone would have a surprise for them.

“That’s why I called, to make sure everyone’s safe,” Carmona said. “I know he’s got problems.”

Carmona said a similar event had happened before when he’d needed to enter Tyrone’s apartment to check a leak. In that instance, he’d successfully been allowed to enter with a couple police officers. He’d fixed the pipe, and the next day Tyrone saw Carmona and apologized.

The Skyline Condos, off Franklin Boulevard, consist of 16 close buildings with eight units in each building. Firetrucks were placed around the perimeter of the complex. Firefighter Anton Brown said the Ventnor Fire Department was covering Pleasantville during the situation.

Tyrone broke the glass in three of his windows and had the door to his patio barricaded. At 5:16 p.m., police began attempting to get Tyrone’s attention with a bullhorn, as he wasn’t responding to phone calls. An hour later, Tyrone started yelling to the police through the broken windows.

Police asked him to come outside, reiterating over and over that he hadn’t done anything wrong and that they just needed to be sure he was OK. At least 20 police vehicles were present in addition to the county SWAT van and two bike units.

The standoff continued until a little after 10 p.m., when the SWAT team conducted what Pleasantville police Capt. Matt Hartman described as a limited breach. Initially, they forced the door open but remained outside in hopes of persuading Tyrone to come out on his own.

When he wouldn’t, officers entered, cleared the apartment and brought him outside to a waiting medical team, Hartman said. Tyrone had suffered cuts earlier in the day after clearing broken glass from his windows using his bare hands. He was taken to AtlantiCare Regional Medical Center, City Campus, for medical and psychological evaluation.

No officers were injured.

Atlantic County on Friday issued the following traffic advisories for the week ahead in Egg Harbor Township:

MIDDLE TOWNSHIP — Residents looking for help with addiction, mental health and other social services will be able to make in-person or virtual…

Mays Landing man dies after being hit by car in Pleasantville

PLEASANTVILLE — A 28-year-old Mays Landing man died Sunday after being hit by a car on the Black Horse Pike, police said Tuesday.

Cape May County health officials reported five new COVID-19 cases on Tuesday, including three that are non-county residents. To date, the coun…

Pleasantville police and Atlantic County SWAT attempt to communicate with a man through his window during a standoff in July at the Skyline Condos.

Police and fire units blocked vehicles from entering the Skyline Condominiums during a July standoff.