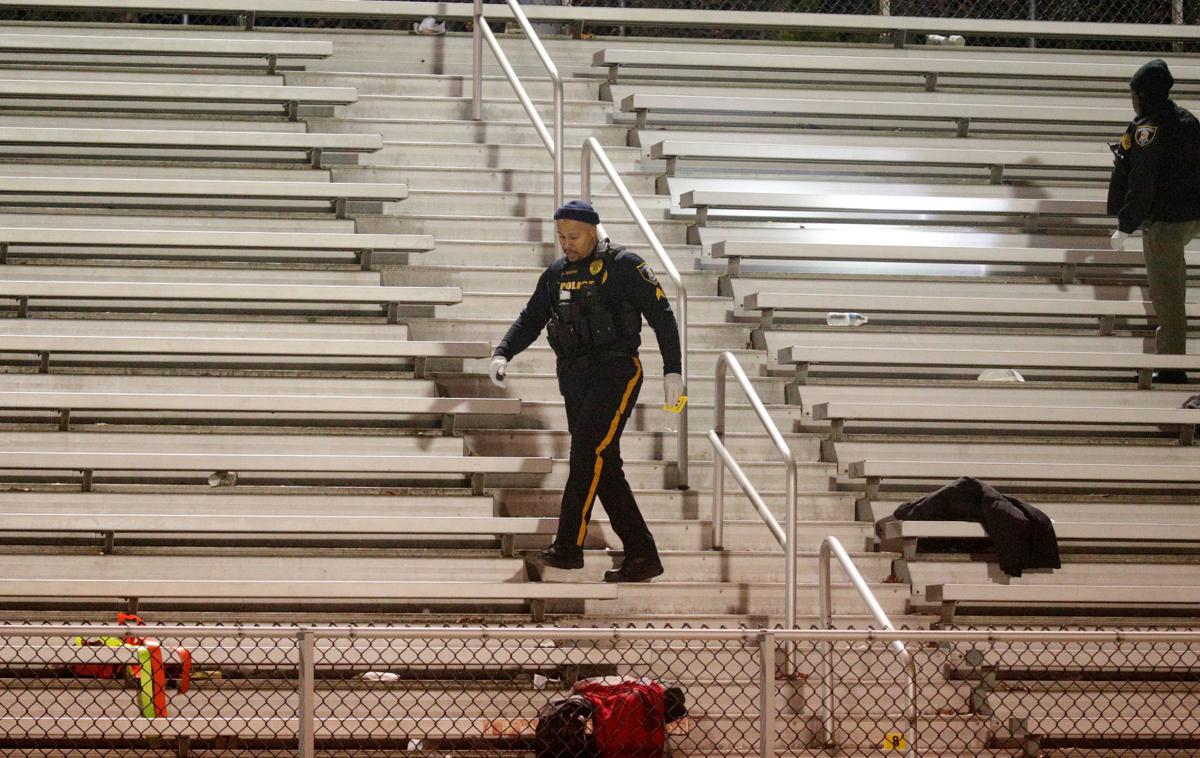 Police search the stands Friday night after a shooting at Pleasantville High School during a football game against Camden. 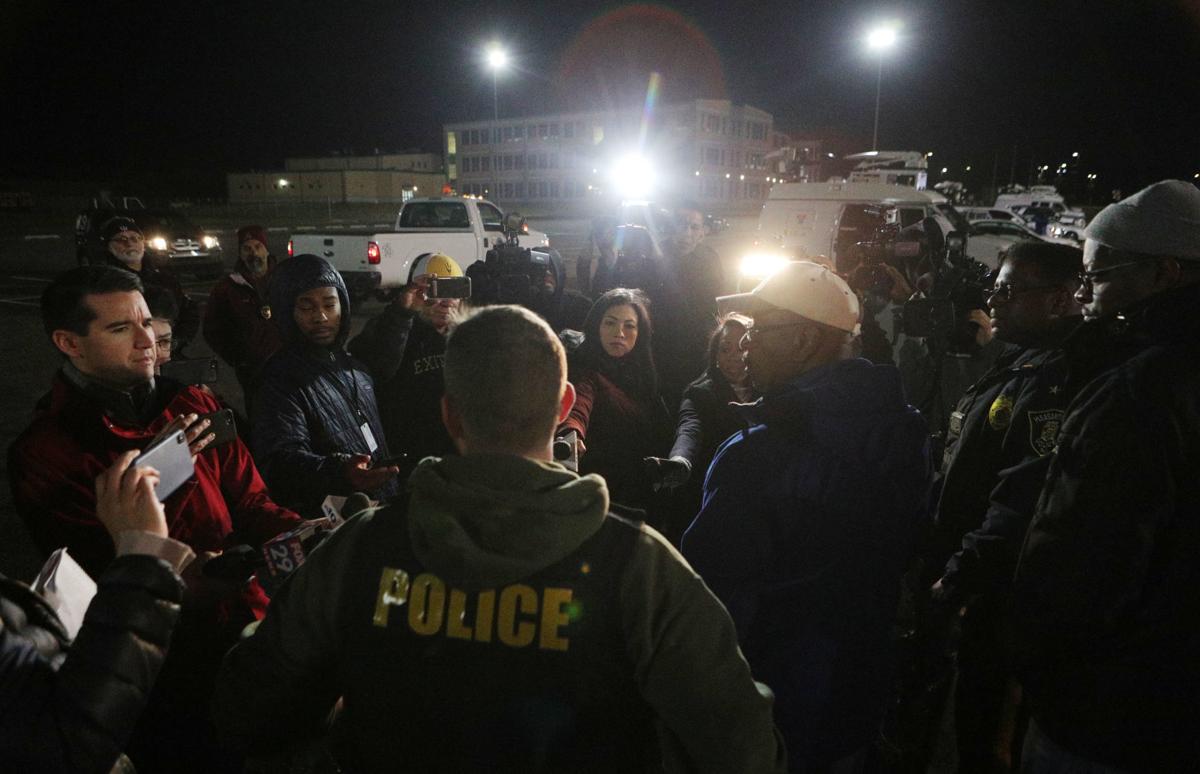 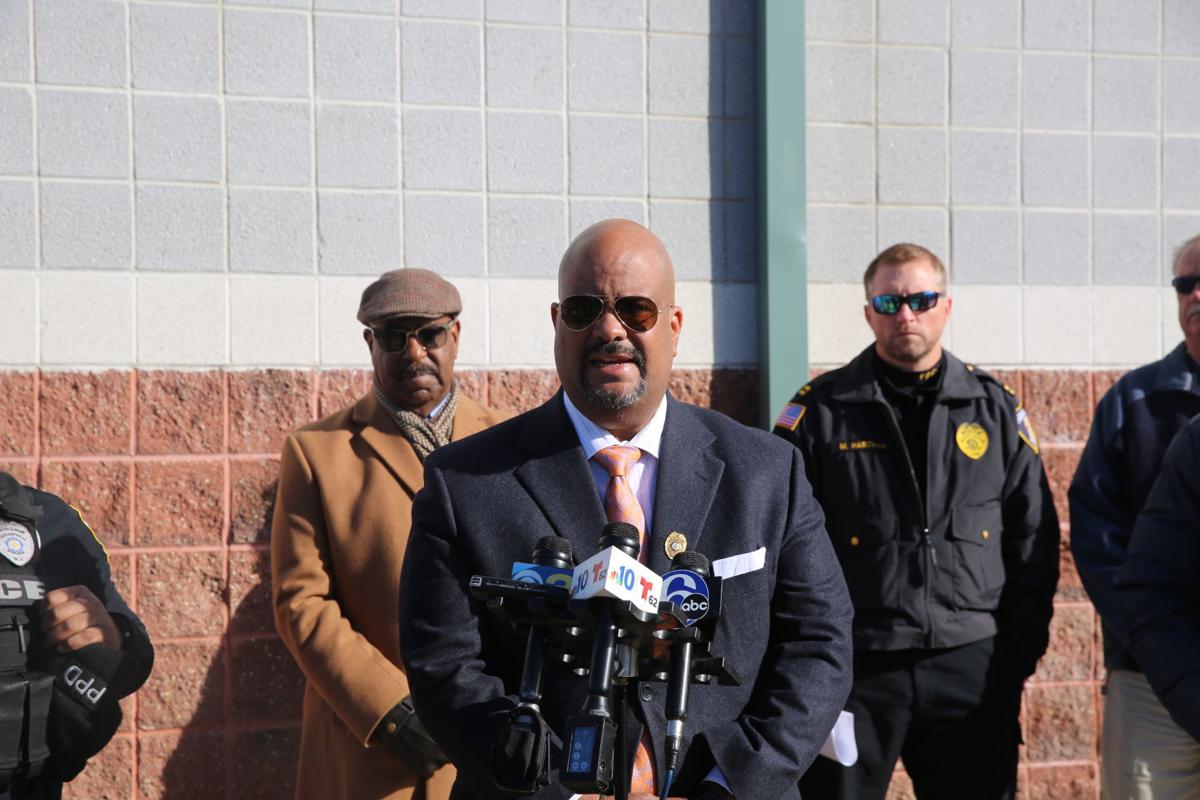 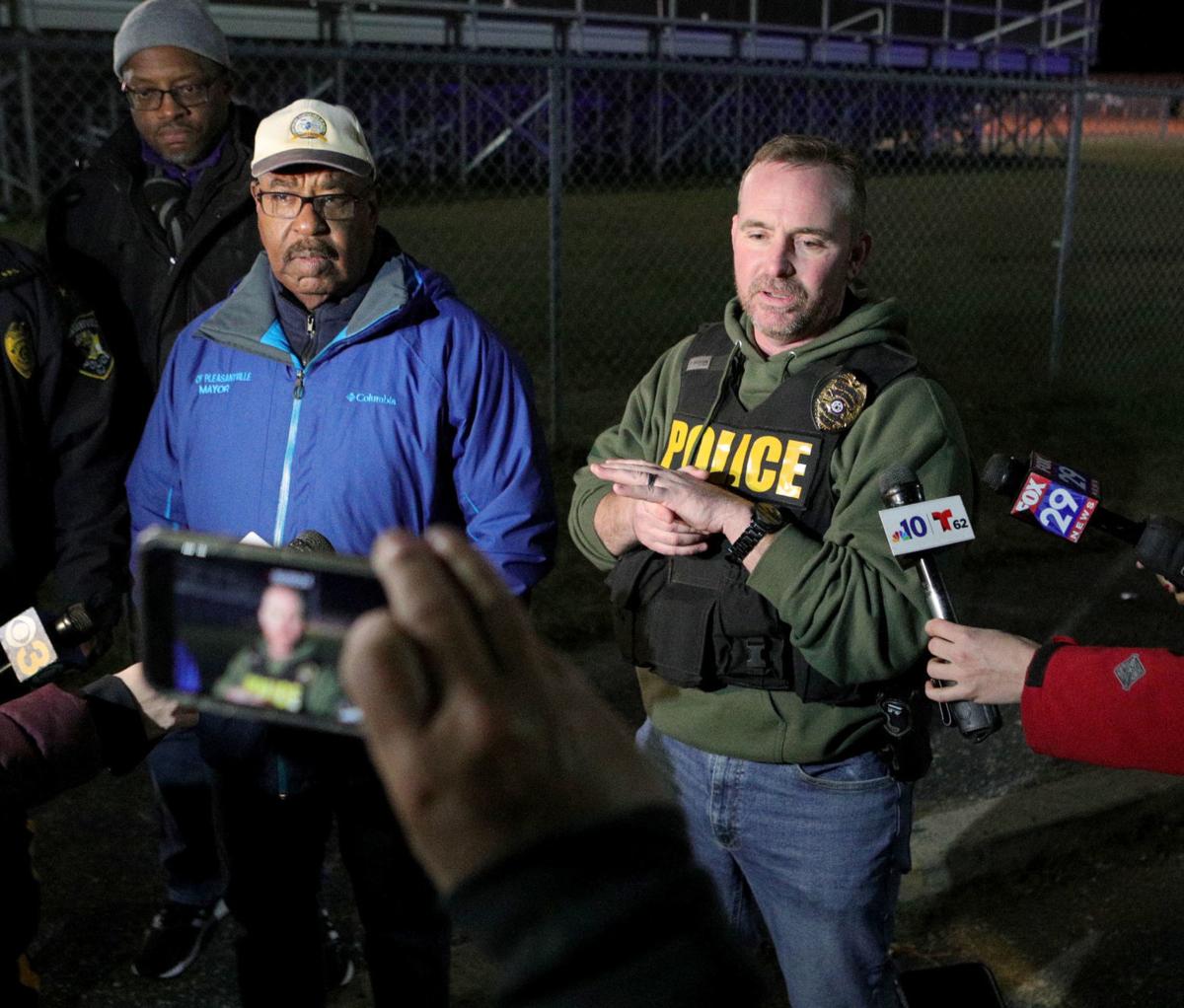 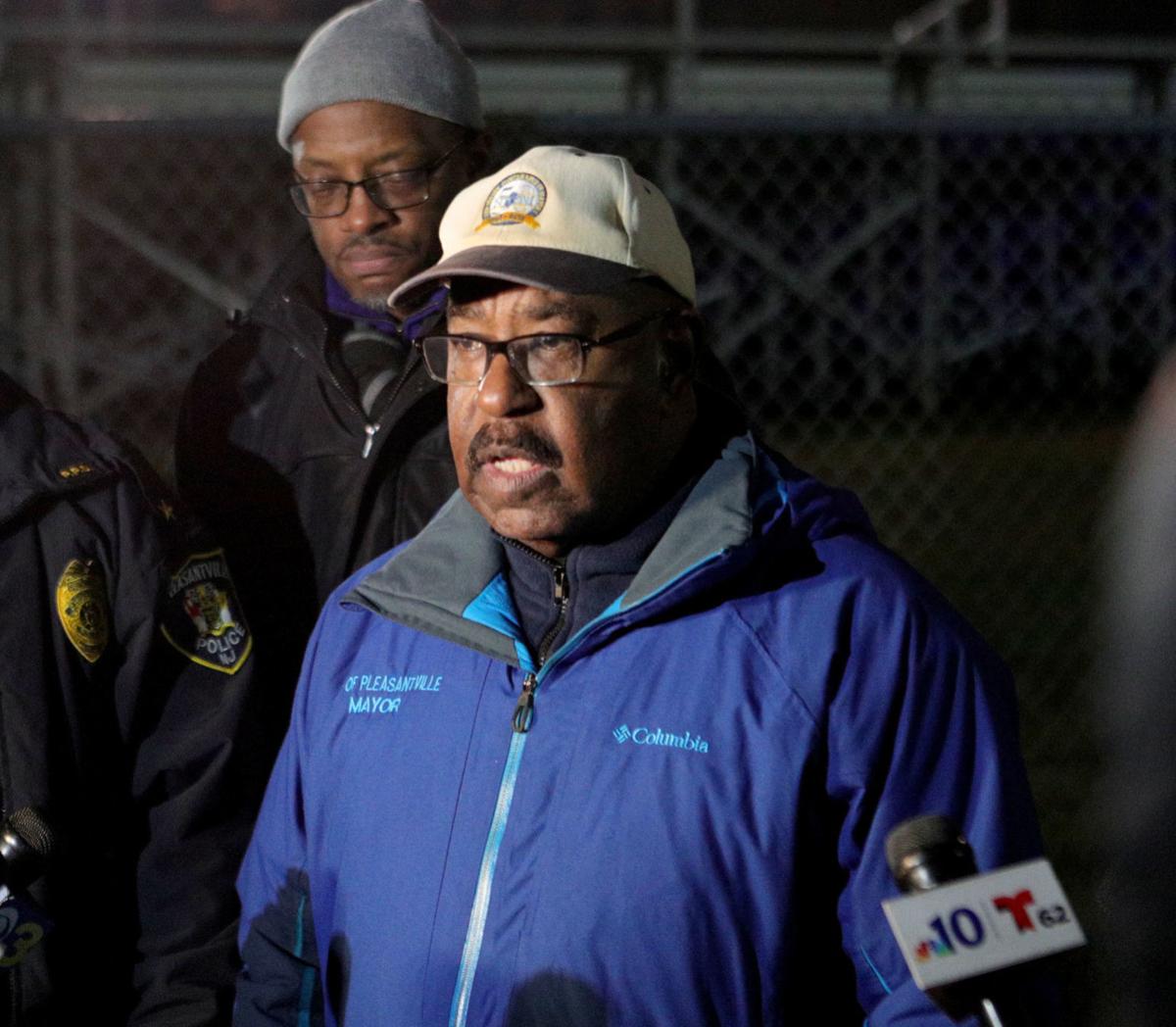 PLEASANTVILLE — Dozens of people stood outside the city high school Saturday afternoon, praying and hugging in an attempt to heal after gunfire erupted at a football game Friday night, sending the packed stadium into chaos.

“Whenever these types of things arise, we have to arise, because of the trauma in the community,” said city resident Lonniyell, who goes by the last name “The Community.” “This is not Pleasantville. Pleasantville doesn’t do this.”

Six men were arrested in what officials called a targeted attack that left three people — including a 10-year-old and a 15-year-old — wounded.

While officials said Saturday they do not know what led to the shooting or the motive behind it, both the alleged shooter and one of the victims — the alleged target — have been charged.

Most of the suspects are from Atlantic City.

“Put simply, this was not a Pleasantville problem that happened in Pleasantville,” police Chief Sean Riggin said. “This was a problem that came to us, and while we’ll handle it and we’re well-prepared to resolve the issue and to deal with the ramifications of it, this isn’t something that started here, but it is something that we’re going to finish.”

Authorities said Alvin Wyatt shot Ibn Abdullah at 8:29 p.m. on the home side of the bleachers during the third quarter of the Pleasantville-Camden Central Jersey Group II high school football playoff game, a game attended by more than 1,000 people. The shots caused players and spectators to run for safety while both on-duty and retired law enforcement and fire officials ran forward to help.

“We were all running and looking back at the same time to make sure our families were OK,” said Greyhounds running back/linebacker Ernest Howard. “But once we got to the fence, we couldn’t really jump over because we still had our pads on. So we all just broke through the fence to get to the gym.”

During the shooting, a 15-year-old suffered a graze wound and a 10-year-old was shot in the neck, police said. The teen was treated at a hospital and released, but the child is still in critical condition at Cooper University Hospital under care of doctors from Children’s Hospital of Philadelphia.

The game —which Camden had been leading 6-0 — will resume Wednesday at “a neutral site that will be closed to the public,” according to a statement from Larry White, executive director of the New Jersey State Interscholastic Athletic Association.

“The decision to complete the approximately 17 minutes remaining in this game was made by both schools,” White said. “It was based not on any desire for an athletic championship, but to provide closure and send a powerful message that acts of violence and those who perpetrate them will not win.”

Counseling will be available for students and staff when school resumes Monday, Pleasantville interim Superintendent Dennis Anderson said in a statement.

Lonniyell, who organized Saturday’s vigil at the high school, said she and others in the community are working to help the students heal after the shooting, and to “live beyond their pain and to arise into their purpose.”

She said she’s organizing a march starting noon Saturday down New Road from Woodland Avenue to the football field.

Abdullah, 27, of Atlantic City, who authorities said had a gun at the game, was charged with first-degree unlawful possession of a handgun and certain persons not permitted to possess a handgun. He is in critical condition after undergoing surgery at AtlantiCare Regional Medical Center, City Campus.

Pleasantville teacher accused of sex with student pleads not guilty

Abdullah has a prior conviction for first-degree robbery.

After the shooting, four other suspects fled, driving toward Atlantic City, police said. They were followed by Absecon police, who saw one of the passengers throw a gun out of the car. The car finally stopped at Ohio and Gramercy avenues in the city, where officers from Absecon and Atlantic City arrested them.

Michael Mack, 27, Tyrell Dorn, 28, and Shahid Dixon, 27, all of Atlantic City, and Vance Golden, 26, of Pleasantville, were charged with unlawful possession of a weapon and certain persons not to possess a weapon. Dixon also was charged with eluding, authorities said.

In a statement, Gov. Phil Murphy said, “High school playoff football should be a cause for community celebration, not the backdrop for panic and terror.”

“Last night was a stark reminder that no community is immune from gun violence, and that we must not ever give up in our efforts to prevent such senseless acts,” Murphy said.

Atlantic County Prosecutor Damon G. Tyner said the trauma for the children, students and players at the game “will be untold” and that the violence will be an “ever-present memory going into their adulthood.”

“I cannot stress enough how this community is impacted by gun violence on so many levels,” Tyner said. “Last night detracted from the fact that these two communities, Pleasantville High School and Camden High School, played an incredible football game out on the field. Parents, family members, friends, supporters were all here to engage in something that many other communities kind of take for granted.”

This is the fourth nonfatal shooting in the city so far this year, according to Press records. In January, a man was shot in the face on West Wright Street during a domestic dispute. In June, an occupied car was shot at on Main Street. Then, in August, an 18-year-old was seriously injured after he was shot in the arm and torso at The Landings apartment complex on Whaler’s Drive.

Crime overall is down in the city compared to last year. There was one murder, 19 rapes, 33 robberies, 39 assaults, 99 burglaries and 195 larcenies last year, according to the State Police’s Uniform Crime Report, which aggregates crime statistics from municipal police departments. Through September of this year, the latest data available, there were no murders, four rapes, 17 robberies, 28 assaults, 62 burglaries and 115 larcenies.

However, instances of gun violence led the majority of city residents last year to vote through a $195,000-per-year gunshot-audio detection system - trading the technology for an increase of about 2.5 cents on the municipal property-tax rate – and becoming the eighth municipality in the state with the technology.

At the time, reports of gunfire were declining, according to law enforcement officials. In 2016, police received 109 shots-fired calls, which fell to 80 in 2017 and 38 calls through early November 2018.

Pleasantville, Camden game to be finished at Philadelphia Eagles' stadium

Pleasantville and Camden will finish their high school football playoff game at the home of the Philadelphia Eagles.

Bridgeton man charged with attempting to lure girl into car

BRIDGETON — A city man was arrested Saturday after he tried to lure a girl into his car, police said.

Complete Coverage of the Camden vs. Pleasantville game

Complete coverage of the resumption of the Pleasantville vs. Camden Central Jersey Group II semifinal. The game resumed in the third quarter a…

ABSECON — Two people were arrested Saturday after a stolen-vehicle chase.

PLEASANTVILLE — Police Officer Joe Gamble has been coming to work with a new addition to his uniform for almost a week now, but he said he has…

PLEASANTVILLE — Avanzar, formerly the Women’s Center of Atlantic County, celebrated the grand opening of its new location Tuesday in Pleasantv…

MAYS LANDING — A Pleasantville man pleaded not guilty Thursday morning in the fatal July shooting of a 15-year-old girl.

Police search the stands Friday night after a shooting at Pleasantville High School during a football game against Camden. 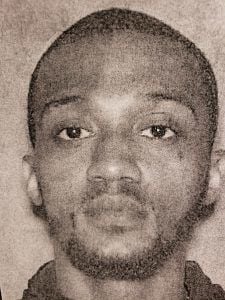 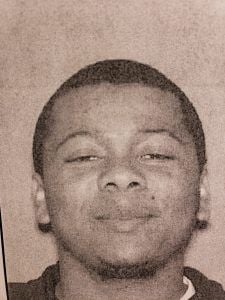 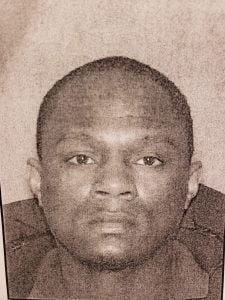 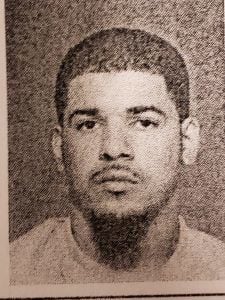 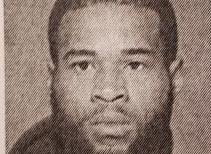