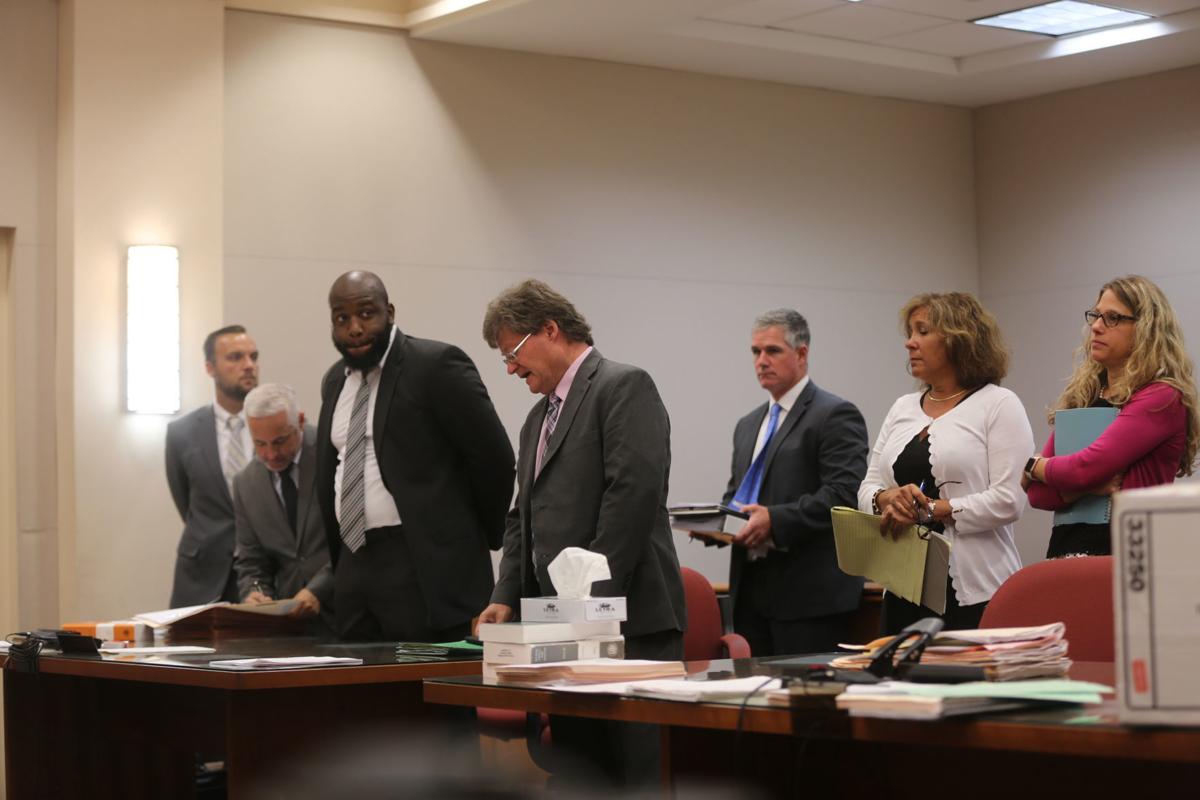 Attorneys for the defendants in Operation Oxy Highway crowd the defense table before Judge Bernard DeLury Thursday, Aug. 23 for a pre-indictment conference. 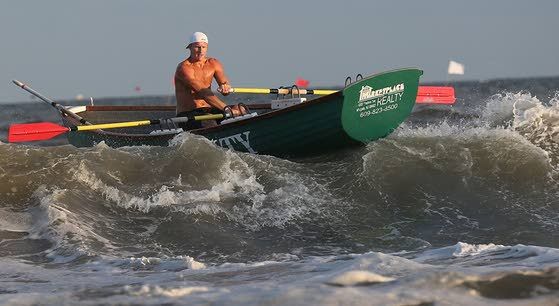 MAYS LANDING — The 18 defendants charged last summer in the state’s Operation Oxy Highway investigation will be back in court in October unless they come to a plea deal by Sept. 18, a judge ruled.

Defendants in the case, including one former and one current Margate firefighter, were charged in July 2017 with operating an opioid drug ring through a doctor from Essex County, but have yet to be indicted. They are all out of jail on summonses.

“If it’s not resolved, everyone needs to be here on Oct. 11,” Atlantic County Superior Court Judge Bernard DeLury told the more than eight attorneys who gathered around the defense table Thursday for a pre-indictment conference.

According to the state Office of the Attorney General, Dr. Craig Gialanella, 54, of North Caldwell, an internist who practices in Belleville, Essex County, supplied and illegally prescribed drugs to an Atlantic County drug ring that included Theodore Gogol, 38, of Margate, and Ashton Funk, 36, of Northfield. Gogol worked the Margate Fire Department when the charges were announced. Funk was removed from his post as a Margate firefighter the year prior, after he was found guilty of theft for stealing a sandwich and beverage from Wawa.

The two, along with several others from the region, are charged with distribution of narcotics and/or conspiracy to distribute narcotics.

Gialanella is charged with second-degree distribution of narcotics by complaint-warrant.

The three leaders of the ring, Mary Connolly, 55; Douglas Patterson, 54, Connolly’s ex-husband; and Connolly’s daughter Lauren Connolly, 29, all of Egg Harbor Township, were charged with second- or third-degree distribution of narcotics or conspiracy to distribute narcotics, in addition to Connolly’s son, Robert Connolly, 32, of Galloway Township.

Connolly’s other son, Michael Connolly Jr., 34, of Galloway, was charged with third-degree obtaining narcotics by fraud.

The other defendants are:

A day in drug court features friendly conversation, prizes and, for some, handcuffs

“All rise,” said the bailiff as she walked into the center of the courtroom in Mays Landing.

ATLANTIC CITY — A loitering call Friday resulted in the arrest of a city man on gun and drug charges, police said Saturday.

The loss of a loved one to addiction is something thousands of New Jersey family and friends have in common.

VENTNOR — Two juveniles were arrested after approaching two others with a knife and stealing a bicycle, police said.

CAMDEN — The federal sentencing for the 19 people who have pleaded guilty in the state health benefits fraud case has been postponed again.

Attorneys for the defendants in Operation Oxy Highway crowd the defense table before Judge Bernard DeLury Thursday, Aug. 23 for a pre-indictment conference.