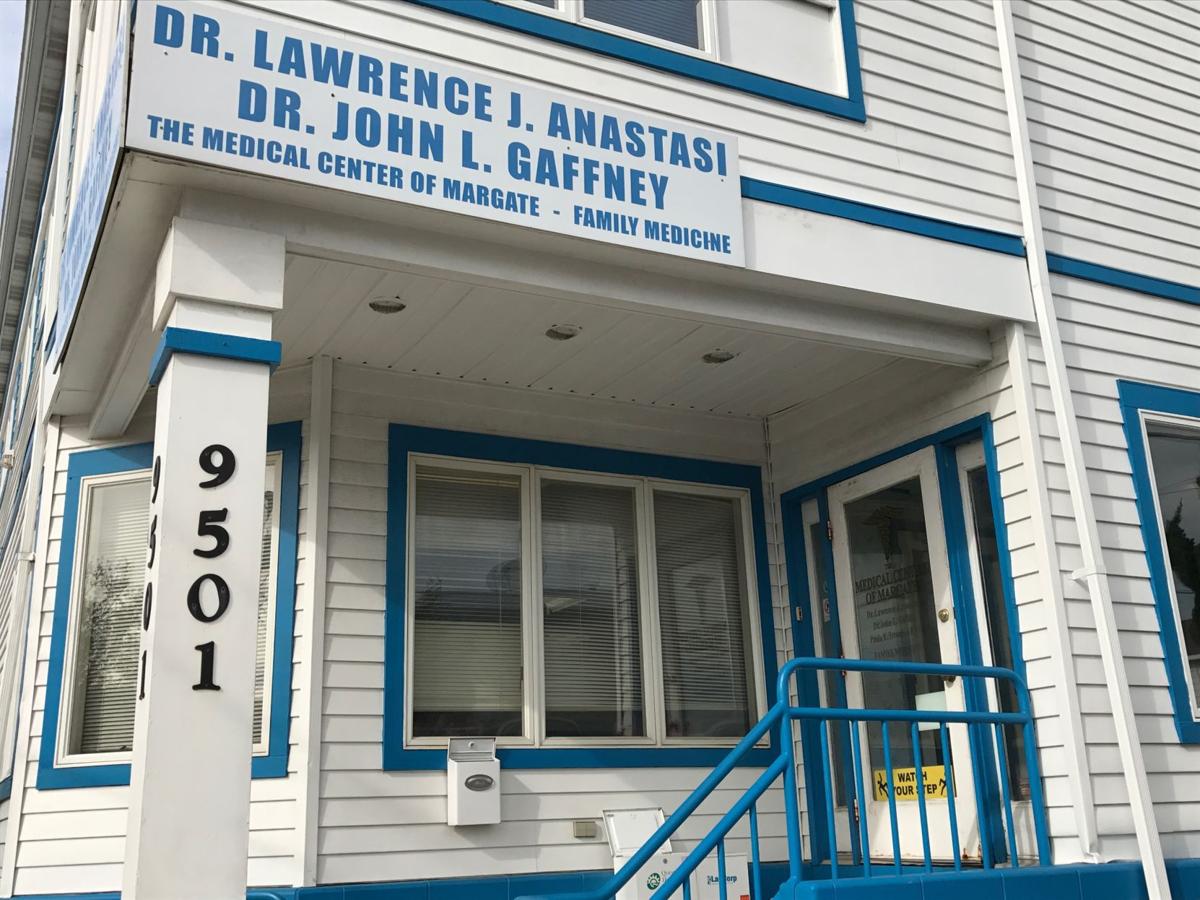 Court documents say Dr. John Gaffney, whose office is at Ventnor and Jefferson avenues in Margate, signed more than 200 unnecessary prescriptions for teachers, police and firefighters covered under the NJ Direct insurance plan. 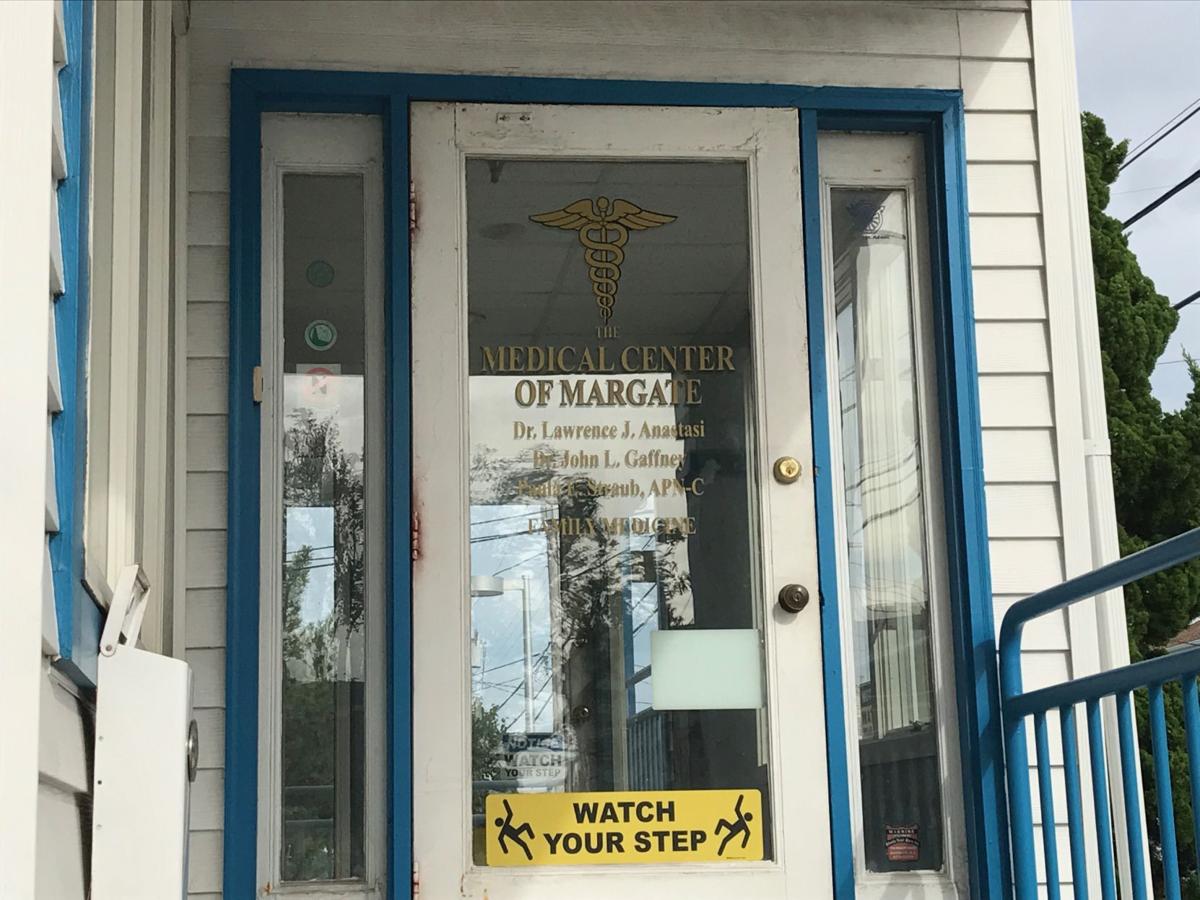 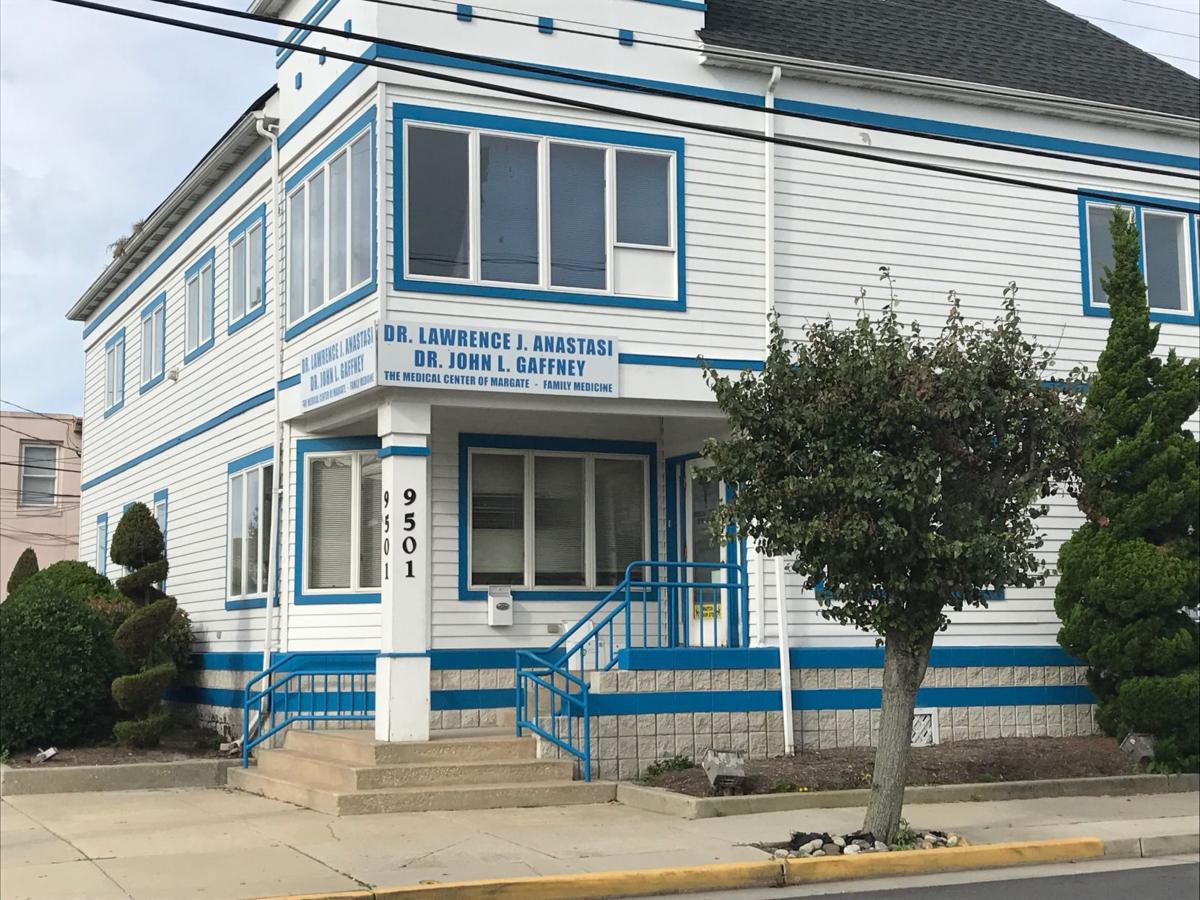 CAMDEN — A Margate doctor admitted Friday morning to more than $24 million in prescription fraud in connection with a large-scale federal investigation.

John Gaffney, 55, of Linwood, pleaded guilty to conspiracy to commit health-benefits fraud before U.S. District Judge Robert B. Kugler. Gaffney admitted he signed fraudulent prescriptions for more than 200 patients, including teachers, police and firefighters, resulting in fraud of more than $24 million.

Gaffney’s is the sixth guilty plea in the past month related to this widespread investigation. It is the first to involve a doctor.

Federal authorities have been investigating health-benefits fraud in three Absecon Island municipalities — Atlantic City, Ventnor and Margate — over the past few months. 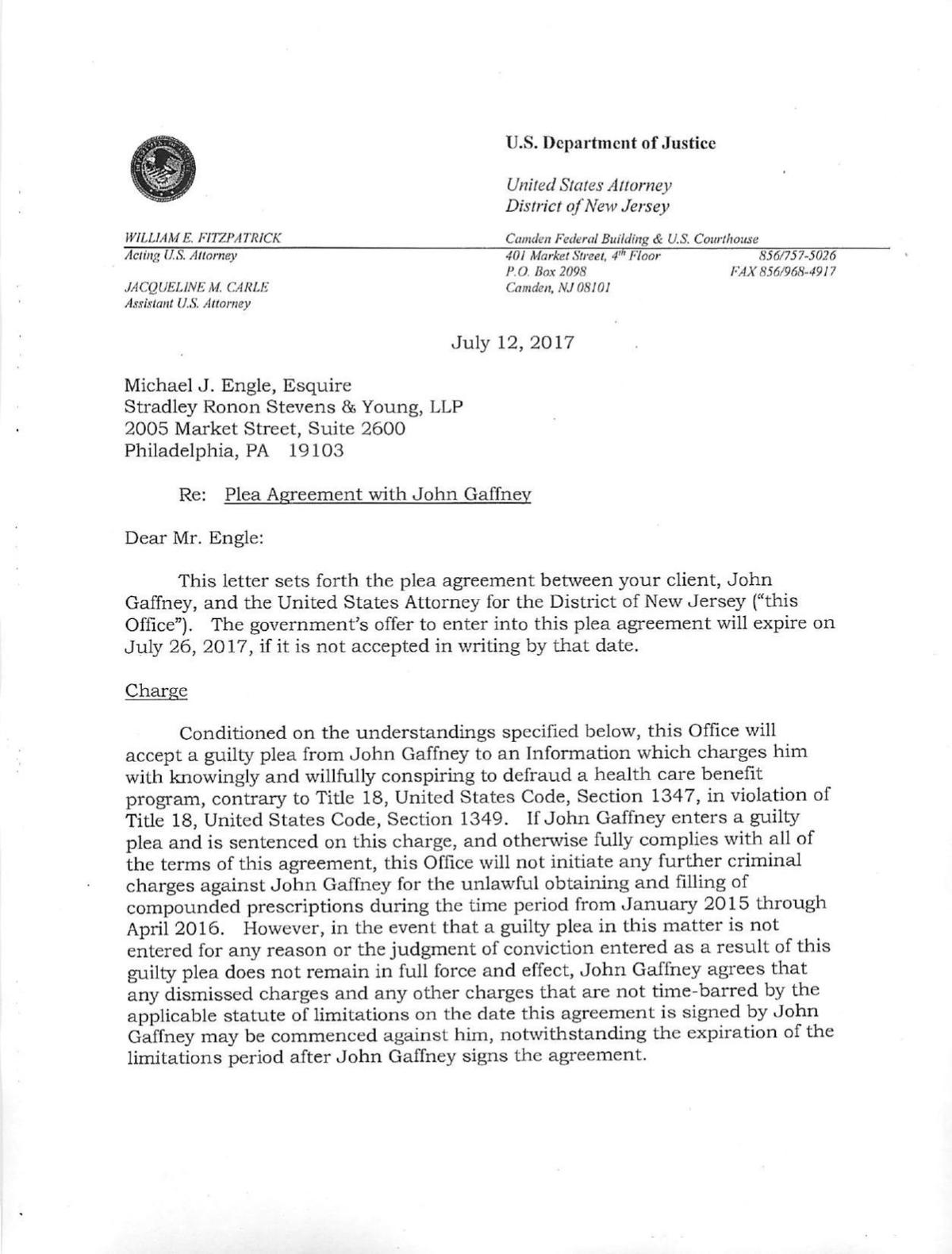 Five other conspirators in the scheme pleaded guilty in August, admitting to health care fraud.

The prescriptions included those for compounded pain creams, scar creams, antifungal creams, libido creams and certain vitamin combinations. In exchange, the doctors would receive kickbacks from an out-of-state compounding pharmacy and pay co-conspirators.

According to court documents, Gaffney signed more than 200 unnecessary prescriptions for teachers, police and firefighters covered under the NJ Direct insurance plan. Gaffney’s co-conspirators in the scheme persuaded people to get the medically unnecessary prescriptions for compounded medications from an out-of-state compounding pharmacy, after learning the medications could be reimbursed for thousands of dollars.

The fraudulent prescriptions with Gaffney’s signature totaled more than 200, and just under $25 million was paid for the prescriptions, according to court documents.

As a reward to Gaffney for his role in this scheme, he received more than $25,000 in cash and gifts, including dinners and bottles of wine, according to his Philadelphia-based attorney Michael Engle.

Gaffney has been a licensed doctor since 1989 and has had no board actions taken against him, according to the New Jersey State Board of Medical Examiners.

“Dr. Gaffney is extremely remorseful for his actions,” Engle said. “Dr. Gaffney recognizes that his conduct was illegal, that he regrets it and if he could take it back he would.”

Engle added the issues will be addressed with the medical board. As part of the plea agreement, Gaffney must forfeit $25,000 and pay restitution of at least $24,956,435.08, according to court documents.

Gaffney’s sentencing date is scheduled for Jan. 5. He could face as many as 10 years in prison.

Drug compounding, a process in which a pharmacist mixes ingredients into a custom drug, is legal, but the resulting drugs are expensive. Recent federal prosecutions have shown here and elsewhere they are a target for fraud.

Matthew Tedesco, a 42-year-old pharmaceutical representative from Linwood, pleaded guilty to health care fraud charges before Kugler for leading a conspiracy that netted him $11 million in profit in little more than a year.

In a plea deal with prosecutors, Tedesco and Robert Bessey, 43, of Philadelphia, described recruiting public employees to obtain prescriptions for patients whom doctors never treated. In exchange, the doctors would receive kickbacks. Tedesco also recruited patients to request expensive, unneeded drugs without having seen a doctor, according to his plea.

Using preprinted prescription forms, the two men targeted medications with the highest possible reimbursement and often sought 12 months of refills “without regard for the medical necessity,” according to the criminal information.

Both men are scheduled to be sentenced Dec. 4 and could face as many as 10 years in prison.

The trio served as recruiters in the conspiracy, according to court documents.

They could face as many as 10 years in prison and have sentencing dates scheduled for Dec. 5.

HAMMONTON — Mosquito ground sprays have been scheduled for parts of the town after a sample tested positive for West Nile virus, according to …

ATLANTIC CITY — A city man was arrested Thursday after he was caught by Boardwalk cameras burglarizing a store, police said.

Though they were dripping in sweat, Matt Hennessy and his friends were all smiles.

Watch a live stream of the Global Citizen Festival

The Global Citizen Festival is taking place Saturday in New York's Central Park. The event mixes musicians and world leaders in a bid to impro…

Support for legalizing sports betting nationwide continues to grow, according to the results of a national UMass Lowell-Washington Post poll r…

For most public employees, New Jersey’s State Health Benefits Plan is some of the best health coverage in the country. But for those looking t…

NEWARK, N.J. (AP) — A Pennsylvania man has admitted in federal court in New Jersey that he defrauded a military insurance program after he was…

The investigation into state health benefits fraud does not fit typical criminal schemes.

Join our discussion on the federal prescription-fraud case Tuesday

A timeline of prescription fraud in South Jersey

An investigation into alleged prescription benefit fraud in three Absecon Island towns could include doctors, pharmaceutical representatives a…

The Bike MS: City to Shore Ride is a 2-day event that takes place Saturday Sunday. Riders travel from Cherry Hill down to Ocean City on Saturd…

Court documents say Dr. John Gaffney, whose office is at Ventnor and Jefferson avenues in Margate, signed more than 200 unnecessary prescriptions for teachers, police and firefighters covered under the NJ Direct insurance plan.